Sunny Isles Beach is a vibrant city on the Atlantic coast of Florida, known for luxurious resorts and a variety of languages spoken by both visitors and residents. 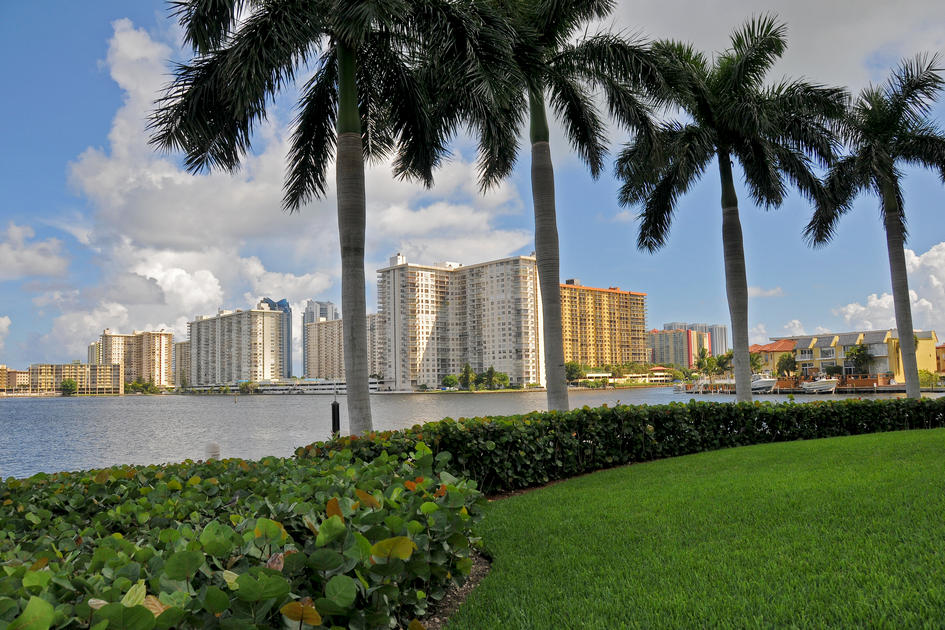 American Venice is the first name of Sunny Isles. So Harvey Baker Graves dubbed the coastal lands that he bought in 1920. With the advent of the Holover Bridge, serious construction began here: canals, bays and man-made islands were created for the construction of buildings with panoramic views of the ocean.

In 1936, the territory was bought by cognac magnate Curtis Freudtert and built the famous lingering pier. Private development of the 60s developed the economy and tourism sector of the region.

In 1997, local activists decide to create a separate municipality, and on January 7, Sunny Isles Beach becomes an independent administrative unit.

This is followed by the release of a local newspaper, the opening of mail and transport lines. The City Hall creates parks, equips beaches, holds sports, entertainment and cultural festivals and opens schools.

Internationality is the hallmark of this modern twin city in Italy, Israel, Uruguay and Taiwan. They speak Spanish, English, Russian and Yiddish, you can often hear French, Italian, Polish, German and Portuguese. 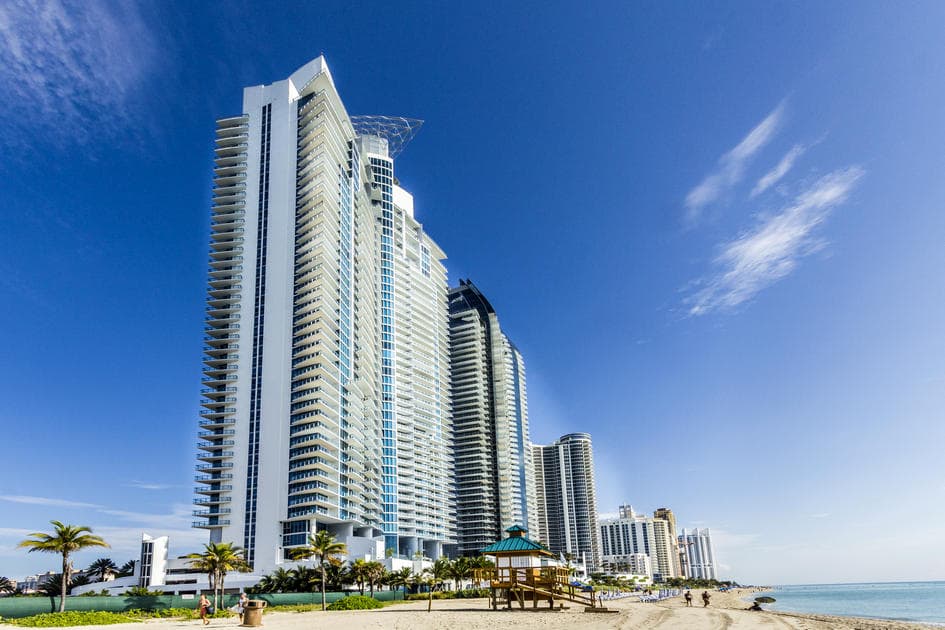 Things to do and where to stay in Sunny Isles

The coast is a self-sufficient region, living actively and intensively. A wide beach with white sand and turquoise water attracts lovers of even tanning and water sports, and fishermen have long chosen the famous Newport pier with a length of 230 meters, entered in the register of historical heritage sites. For lovers of meditation and outdoor sports, Samson Beach Park provides yoga courses. Set an alarm early - classes are held at dawn.

Panoramic views of the Atlantic are opened from the tall buildings of the Doubletree, Aqualin and Trump resort complexes, known for their comfortable rooms with excellent service, upscale spa treatments, comfortable terraces with pools and bars with cool cocktails and ice cream.

At Aqualina you can have a meal in the pretty Costa Grill cafe, and at the Trump Hotel you can sunbathe on a snow-white deck chair, ride a catamaran and jet ski, rent diving equipment, and then order fresh seafood at the Bella Beach coastal restaurant.

Upscale hotels can hardly be called a tourist attraction, but Sunny Isles Beach is famous for its quality, design and impeccable service. In addition to the above resort complexes, an excellent vacation can be spent in the hotels of Maren, Newport, Ramada, Sol and Turnberry. 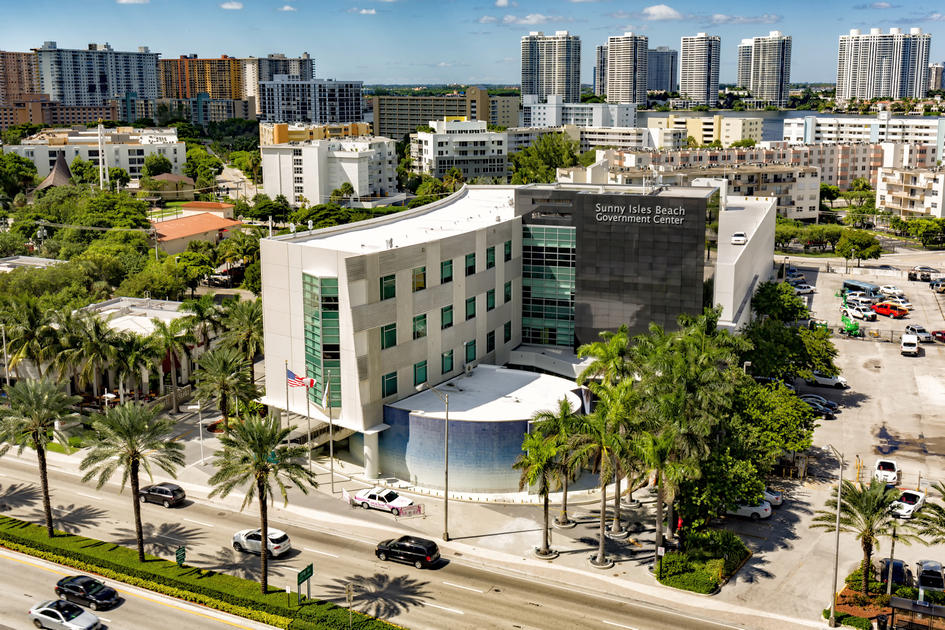 In Sunny Isles they like holidays, they even more like to spend them outdoors. At folk festivals, you can get acquainted with the culture of Latin America and the Caribbean, as well as participate in events dedicated to Russia. Classical music lovers will love the annual April Bach on the Beach concert, and a jazz festival takes place in November.

In June, spectacular motor boat races of the NIB, and in July, pop music performers perform as part of the Sunny Serenade festival. Florida's summer lasts all year, but its calendar ending is also celebrated by Peach Bash party, with attractions for children, beach games and dishes from the best city eateries on wheels. In addition, free Full Moon evening yoga classes are held on the beach each month.

City parks are numerous and diverse: this is the Samson coastal park, the Lila Kaufmann botanical garden, the Gateway park with a butterfly colony and a stage for concerts and shows, and the extensive Intracostal park along the coastline, consisting of four different areas with walking paths, playgrounds for picnics and modern sculptures.

It also has great facilities for cycling and trendy segways. The parks of Bella Vista and Golden Shores, the Heritage and Pelican, the parks of Gwen Margulis and the Central City Park are also interesting. 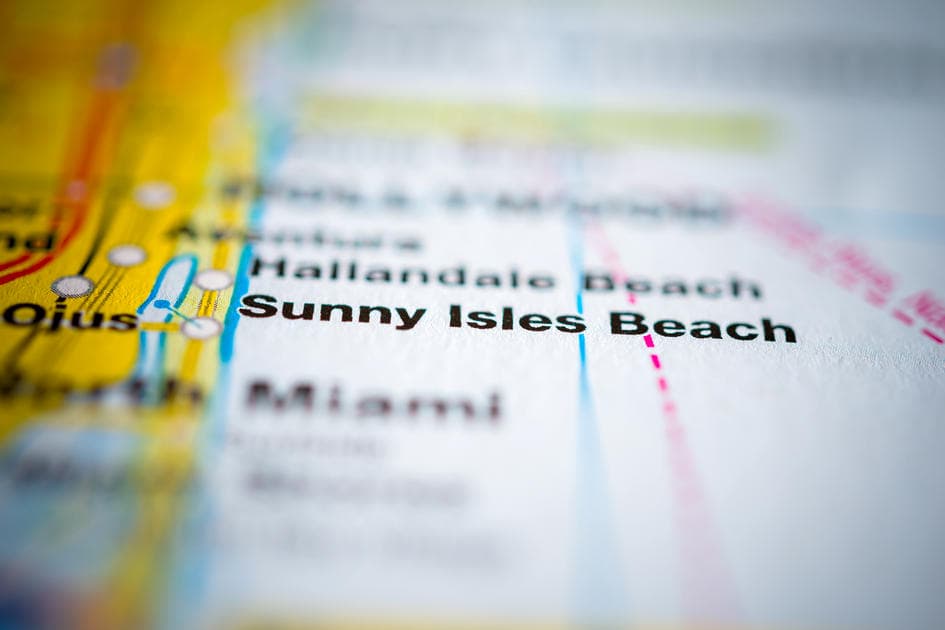 Sunny Isles Beach is known not only for the abundance of parks and luxury hotels, but also for one of the largest shopping centers in Florida - Aventura Mall. You can combine shopping with a walk in the air along the shopping passages of Bal Harbor Shops, famous for their rich assortment of luxury goods.

Cafes and restaurants of the city are remarkable for the freshness of the ingredients and the variety of choices, as well as the cozy atmosphere and magnificent views of the ocean. Gourmet gourmet delights will delight gourmets at such renowned establishments as Neomiz Gril at Trump Hotel, View Restaurant with a panoramic terrace at Hilton Doubletree Hotel, Kitchen 305, Corsair, Karakol and Bourbon Steak.

Miami Spice is an unusual event of famous restaurants, the purpose of which is to familiarize residents and visitors to the gastronomic cuisine. The action is held in August and September and invites everyone to taste the dishes of famous chefs at low prices. To participate, it is necessary to reserve a table in advance in the restaurants participating in the action: FAB, Giliz Beach Club, Il Mulino, Kitchen 305, Neomiz Gril and Timo.

American Butler helps you find the right accommodation from a wide range of hotels, modern apartments or spacious villas.
Send a request
Also read
Surfside
Located in Miami between Bal Harbor and North Beach, Surfside City combines clean beach miles, luxury beach hotels, world-class shopping and gourmet world-class restaurants. The period of the founding… Read more
Wynwood
The city of Wynwood in Florida is the once closed part of Miami, which in the past was not recommended for visiting for a number of reasons, which is now being revived and very much in demand for tourism.… Read more
South Beach
Miami Beach is a paradise for nightlife fans. From South Point Drive to 88th Street there are many cozy cafes and chic restaurants, expensive clubs and noisy bars. It is here that the most crowded streets… Read more
Pinecrest
The city of Pinecrest in Florida is rather a rich, large village in the most populous district of Miami-Dade. The area seems to be created for lovers of a measured, peaceful pastime, beautiful pastoral… Read more
How to refuel a car in the USA
Читать еще
Mobile network operators in the USA
The good news for those who confuse "ringing" and "ringing" - Americans do not care. But how to make a call or message in the United States and not give the last shirt for it, the information will be… Читать еще
Al Capone Story
The world is full of atrocities at all times, but the 20s years of the 20th century became the most cruel and riotous for America. But the times of Prohibition and the Great Depression turned out to be… Читать еще
Fast food in the USA
What do you know about fast food? Probably that they do not need to get involved. And rightly so, but in fact the question is much more interesting. Argue that we will break at least 3 stereotypes right… Читать еще
Mission Trails
Mission Trails Park is San Diego's largest wildlife sanctuary and its pearl. There are about 600 different species of plants, including more than 300 varieties of wildflowers. Читать еще
Sunny Isles Beach 5 1 0 0
Sharing: