Griffith Park is one of the largest and most majestic city parks in the United States. It contains many of Los Angeles’s greatest treasures: the Greek Theater, the Hollywood Sign, the Griffith Observatory, and many vintage carriages. The park was named after industrialist Griffith J. Griffith, who acquired this site and bequeathed to the city of Los Angeles as a park area. The park has expanded many times in recent years.

Every day, locals and tourists of all ages can go hiking, cycling, enjoy a picnic, meditate or go to a concert.

Spanish explorer Juan Bautista de Anza at the beginning of 1776 led a group of colonists on a long journey from Mexico to San Francisco. One of the soldiers was José Feliz. By the end of his service, he received more than 6,000 acres of land. 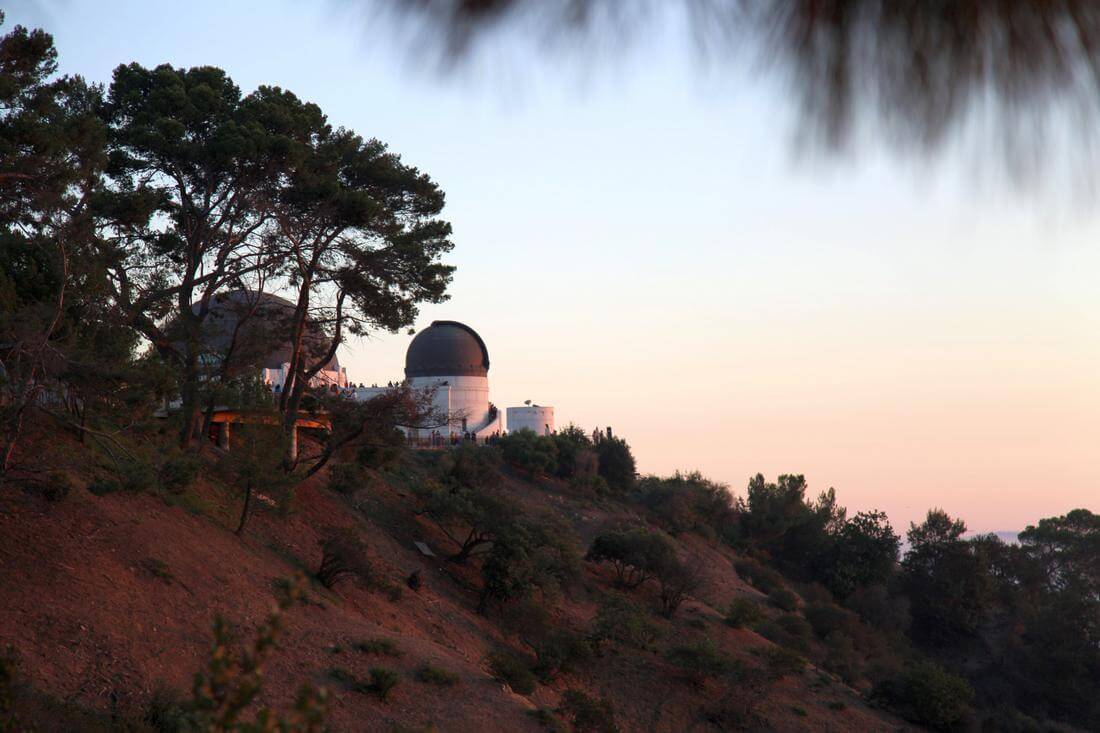 After the death of Feliz, the ranch was in the hands of Maria Verdugo, who married one of the sons of Feliz. The land remained with her family for a good age. From the middle of the 19th century, property would pass from hand to hand before Griffith J. Griffith bought it in 1882. Yes, this is actually his name.

Griffith was not originally a wealthy man. By 1873, he moved to San Francisco, where he worked as a correspondent in profitable special projects. Wealth grew, and in 1882 he acquired 4,000 acres of ranches. He later met Christina Mesmer, the daughter of a rich hotelier, and married her. And then there were quite unpleasant events.

On September 3, 1903, the Griffiths and their son rested in Santa Monica. In the presidential suite of the Arcadia Hotel, Griffith ordered his wife to kneel down and aimed a gun at her. He asked her numerous questions pointing to deep paranoia, and then fired. Miraculously, Christina jerked her head to the side, causing the bullet to rob her eyes, but did not kill.

Griffith, who portrayed himself as a strict sober child, turned out to be an aggressive alcoholic, prone to paranoid delusions. He was found guilty and sentenced to two years in prison and a fine.

In 1912, Griffith tried to give Los Angeles money to build an observatory and expand the park, but the city was no longer interested in his money. When Griffith died in 1919, it turned out that he left the money to the city at will.

The park, which was allocated money, was ideal for hiking, and bird watchers love it as a great place for bird watching. Although Griffith died, humiliated by all, his dream of a park came true. 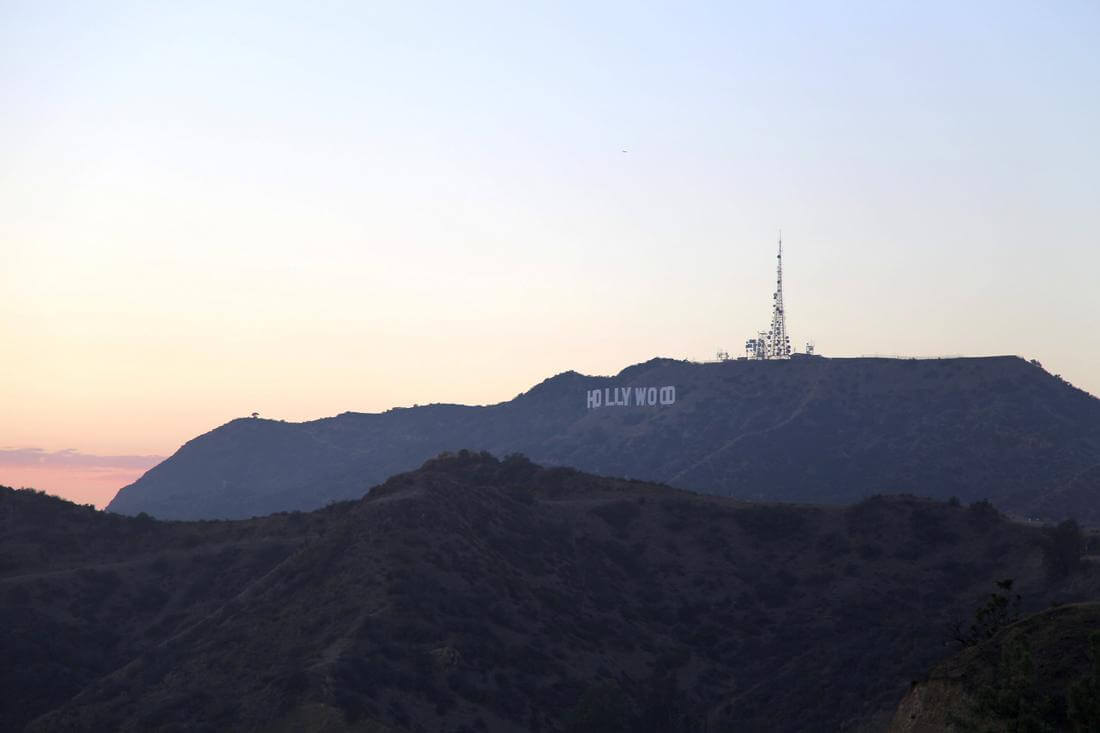 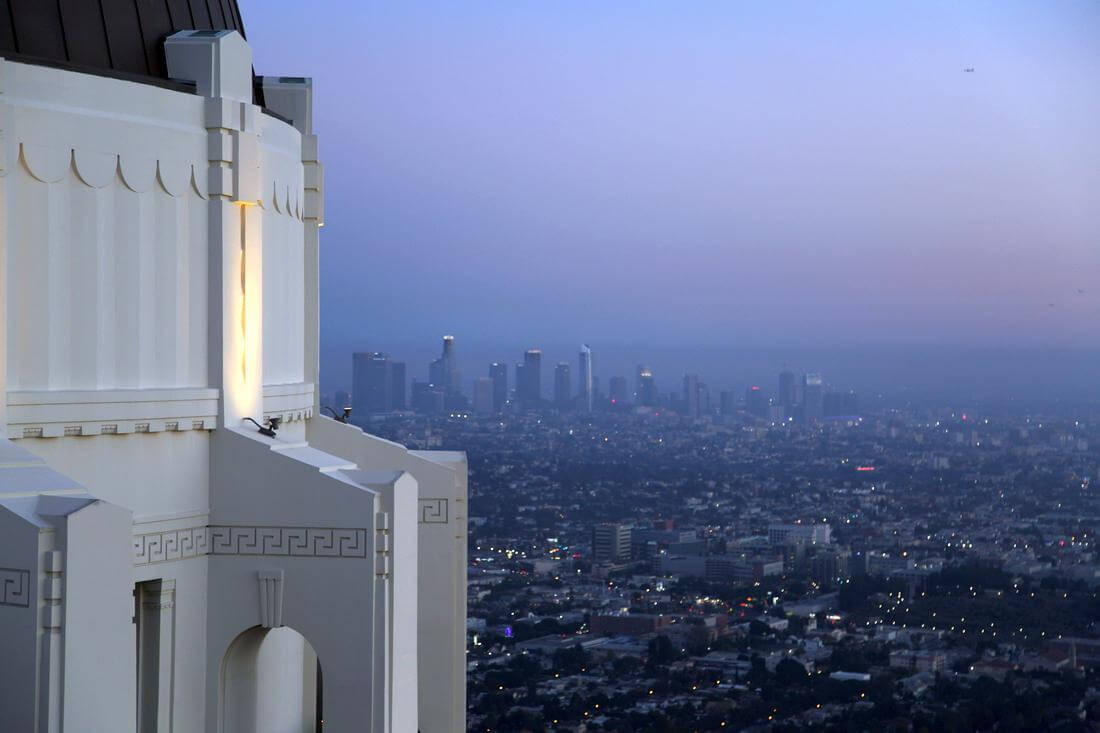 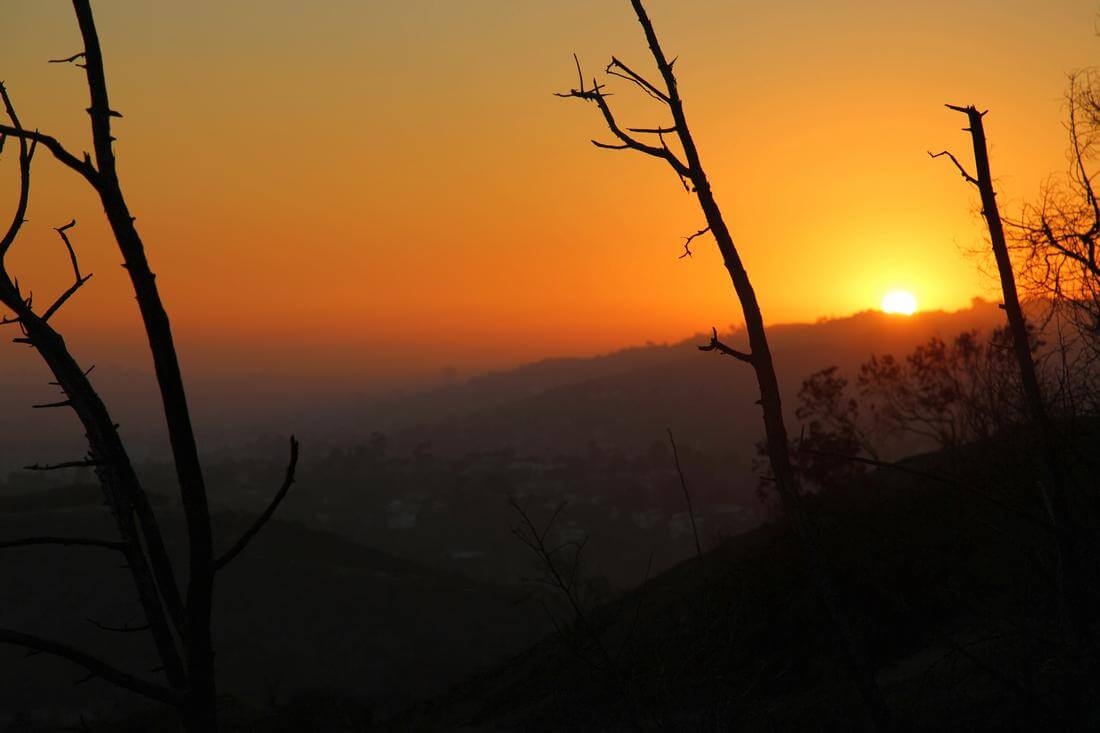 What to see in Griffith Park

Griffith’s dreams of the park, for which he had left considerable resources, included the construction of the Greek Theater and the Griffith Observatory, which were completed after his death. In addition to these attractions, the park contains the Los Angeles Zoo, the Autry National Center, the Train Museum and the Equestrian Center.

The park has golf and football fields, tennis courts and a swimming pool, and many miles of hiking trails make this place attractive for hiking and mountain lovers.

One of the main attractions of Los Angeles, both in terms of the city center, and in terms of the functions of the space observatory, planetarium and astronomical museum. Also free to visit. 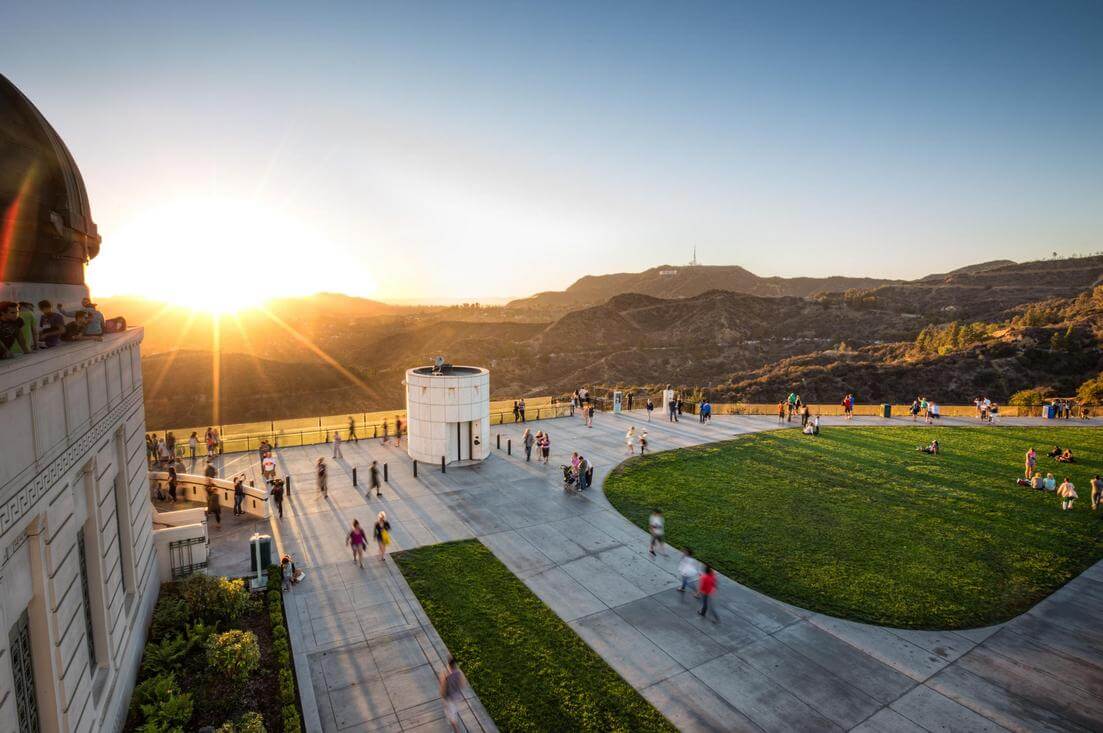 Located on the east side of Griffith Park. Not as well known as its southern neighbor, the San Diego Zoo, but provides an opportunity for locals and visitors to observe examples of animals from around the world, as well as some local wild animals.

This is a museum dedicated to stories about the history of the American West - about truth and fiction. It has an extensive collection of artifacts of Native Americans and gizmos from the life of the Old West, as well as costumes and props from the most famous Hollywood cowboys.

Mount Lee, where the Hollywood sign is located, was added in 2010 after the successful Save Our Peak campaign to raise funds to buy land and save it from private building.

Was part of Griffith’s original vision for the park. Built in 1930. Open theater with 5700 seats is one of the main entertainment places of Los Angeles. Here are often the best pop performers.

Stroll through Griffith Park and discover all its beauty with American Butler!
Ask a question
Also read
Grand-Park
The ambitious vision of a civic and cultural center in downtown Los Angeles, proposed more than a century ago by landscape architect Charles Robinson, was realized through the creation of Grand Park. Read more
Tips for tourists in USA
Читать еще
Dental treatment in the USA
Читать еще
Walt Disney
Disney cartoons are forever. Who did not cry under the "Lion King" and "The Little Mermaid", did not hang out in front of the "Cinderella" and did not try to speak like Donald Duck? But usually we see… Читать еще
Italian restaurants in Miami
Florida's best trattorias elevate the spiritual simplicity of the kitchen to unattainable heights and help visitors to appreciate the authentic flavors of the country's characteristic culinary regions.… Читать еще
Smoking in the USA
Smoking is the bad habit that infected the whole world from America. But modern Americans themselves are not particularly loyal to smoking. How it happened, let's try to figure it out. Читать еще
Atchafalaya Basin
The Atchafalaya Basin is the largest river swamp in the country, containing almost a million acres of bottom hardwood, marshes, flood and swampy lakes of America. The pool begins just outside Simmesport… Читать еще
Mount Charleston
The view of the snow-capped mountains seems a bit surreal when Las Vegas still feels the warmth of the desert sun. At 11,916 feet above sea level, Charleston Peak is covered in snow for more than six… Читать еще
Comic-Con International
Comic-Con is an exhibition that educates people about pop culture. The bet is on comics and related art forms. Organizers support public presentations and exhibitions on the historical contribution of… Читать еще
Griffith Park 5 1 0 0
Sharing: