Walk of Fame in Hollywood

Hollywood Walk of Fame is a famous strip of sidewalk that runs along Hollywood Boulevard. It symbolizes the American dream of eternal glory. Every meter is littered with the names of successful actors, directors and musicians.

The Walk of Fame is inextricably linked with the tourist industry, as fans visit one of the biggest attractions in Hollywood, representing their favorite movies, TV shows and shows. 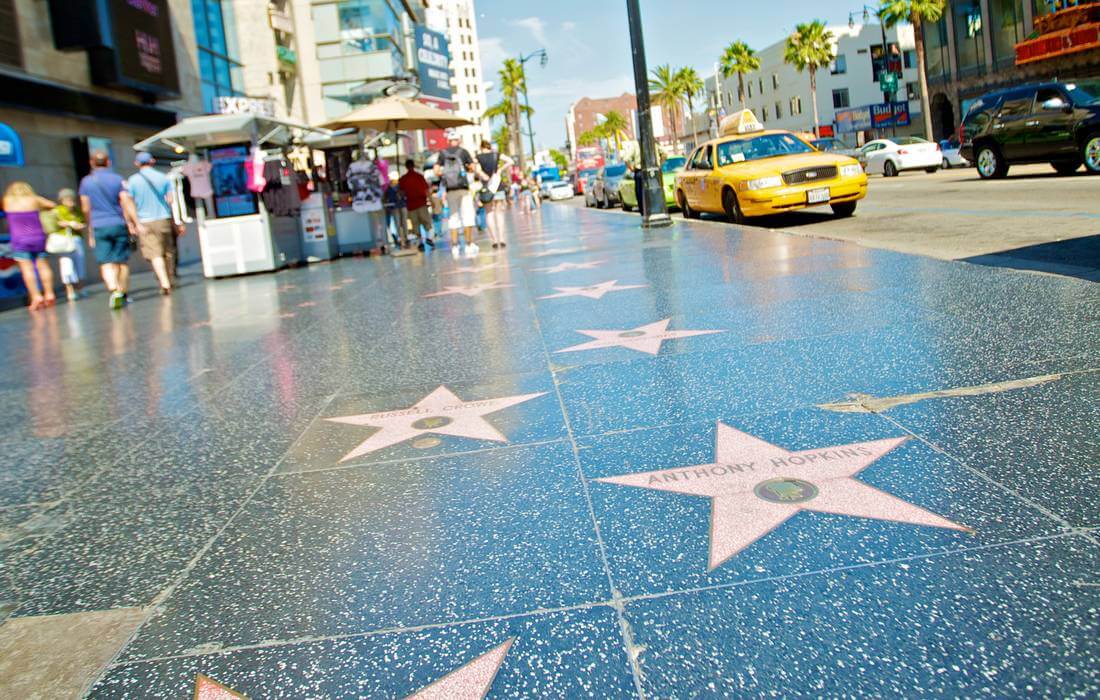 The Value of the Walk of Fame

Hollywood Walk of Fame consists of more than 2,500 stars in honor of men, women, and fictional characters who have made significant contributions to film, television, radio, and theater.

Stars are given in five categories, denoted by different symbols:

Fictional non-human characters who were awarded stars on the Walk of Fame include Bugs Bunny, Donald Duck, Godzilla, Kermit, Mickey Mouse, Snow White, Tinkerbell, Winnie the Pooh, Shrek and many others.

There are a number of people who received several stars. The greatest number (five stars) received:

Four stars on the Hollywood Walk of Fame Tony Martin and Bob Hope. There are also a good few dozen personalities who received two or three stars. 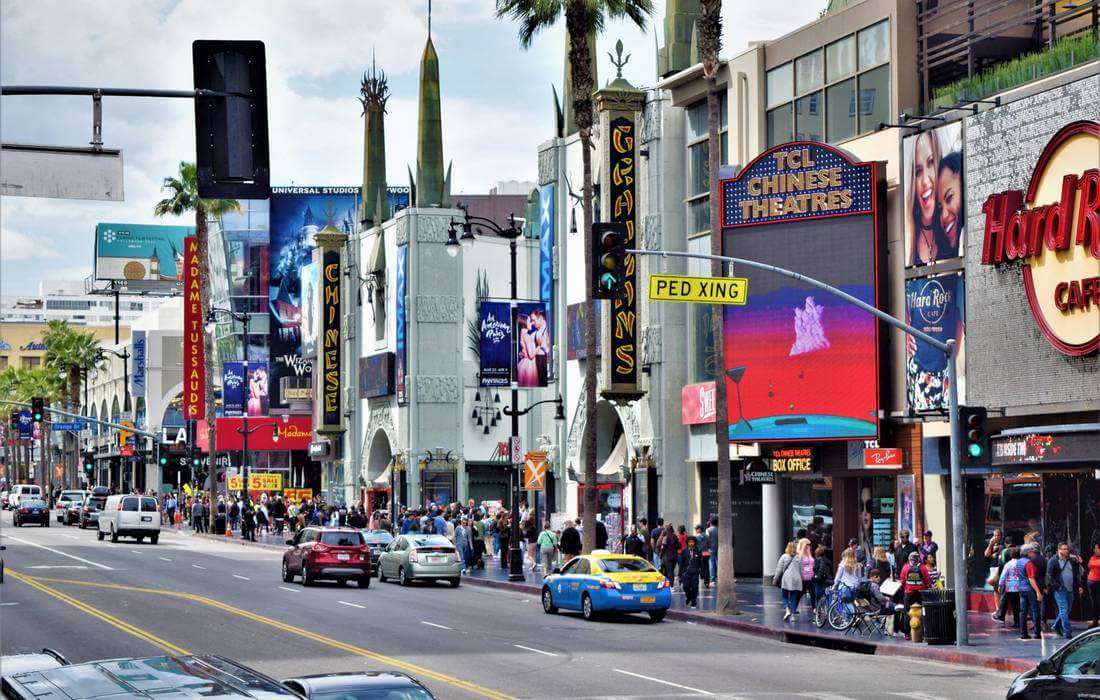 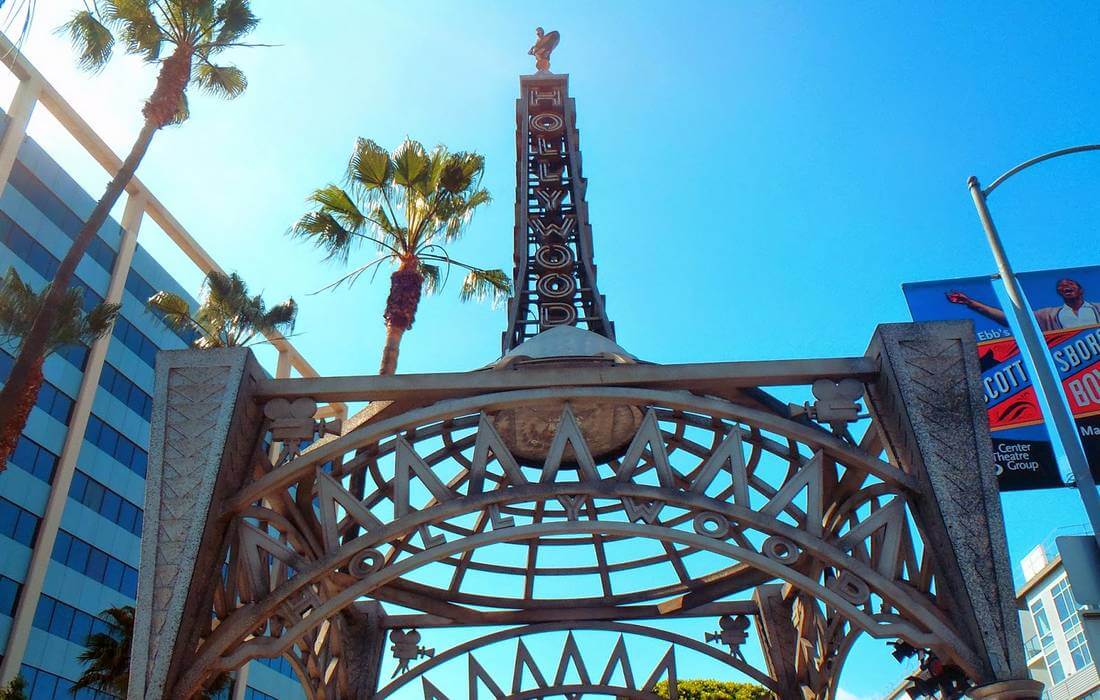 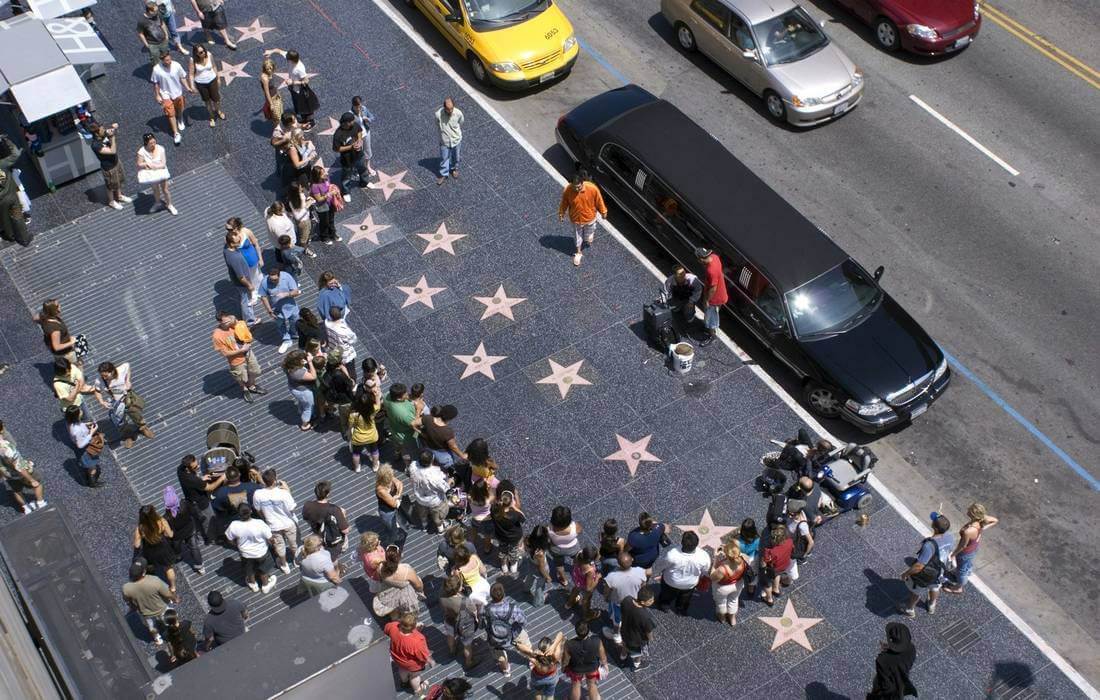 The idea of ​​the alley for the first time arose from the artist Oliver Weissmuller, who was hired to make Hollywood attractive in the eyes of tourists and locals.

It took time to choose a concept and color scheme. Among the options presented was a star with a caricature of the winner. The idea was rejected - caricatures were complex in execution.

The alley was designed in 1958, and construction began in 1960. The pavement itself stretched for 18 blocks, which makes it an easy twenty-minute walk.

Stars pay a huge amount of $ 25,000 to submit their candidacy from the Hollywood Chamber of Commerce, after which they already receive their star on the avenue. The first star to decorate the alley, became the director Stanley Kramer .

The only star you wanted to remove is Donald Trump's star. But boxer Muhammad Ali has a star, but it is installed on the wall of the Kodak Theater. Ali demanded that the star was not on the ground, because he did not want to go on it.

Former President Ronald Reagan also has a star on the Walk of Fame due to the fact that in his youth he did not disdain to act in films and head trade unions.

Visit the Walk of Fame with the help of American Butler!
Send a request