Malibu as we know it today is 21 miles of scenic coastal land with a population of 13,000 people, many of whom are employed in the entertainment industry.

Although Malibu and part of Los Angeles County, but he feels away from the turmoil. This is the reason why celebrities have chosen this picturesque beach community half an hour from the city center.

Malibu stretches from the Topang Canyon in the east to Ventura County in the west. It is famous for its numerous white sandy beaches, each of them is attractive in its own way.

Explore the tides at Leo Carrillo State Park; find the sea caves on the beach of El Matador State Beach; have a picnic on Zuma beach; Surf, dive and fish from Point Dume State Beach. Malibu beaches are also the site of gray whale sightings during their migration from December to mid-April. 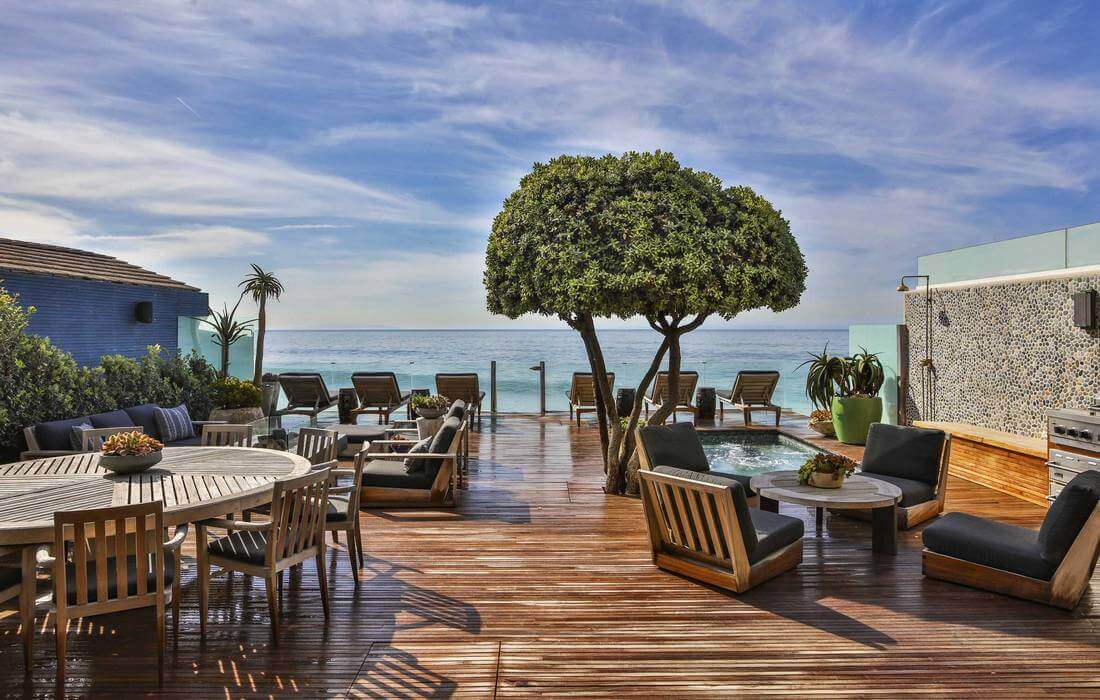 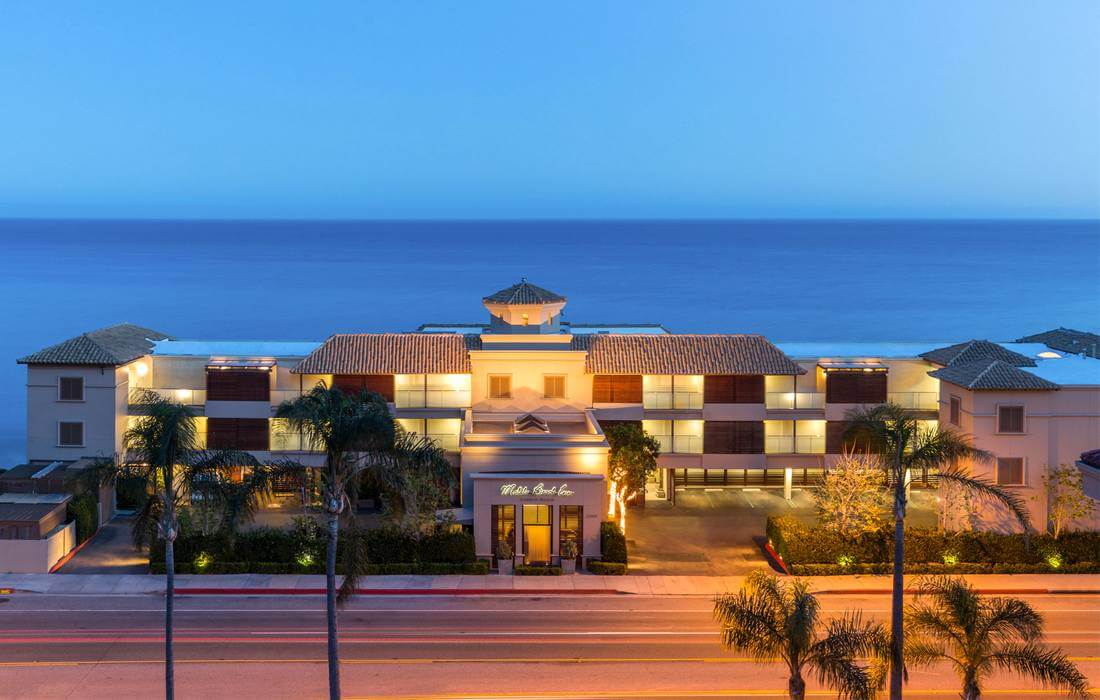 The first inhabitants of Malibu were the Chumish Indians, who called the region "Humaly", which means "loud noise of the surf." Subsequently, the name was adapted for pronunciation and became “Malibu”.

On September 28, 1542, Juan Cabrillo sailed to the Malibu Lagoon and demanded 13,000 acres of land from residents for the King of Spain. Subsequently, the land remained untouched for over 200 years. 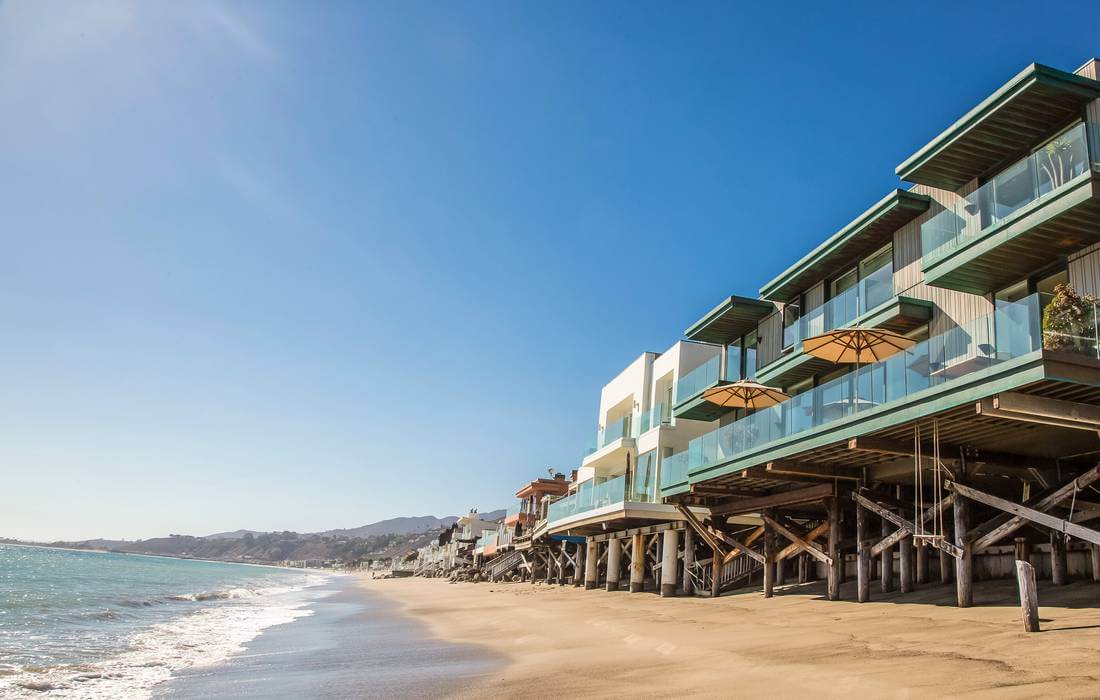 In 1776, King Charles III of Spain sent a group of settlers. One of them was José Tapia, who founded the ranch in the Malibu Canyon and later became the first owner. The commander of the Spanish army, Tapia, received the land in recognition of his impressive military service.

Malibu changed hands several times in the 1800s. In the end, the Rynge family bought the land in 1891 for $ 300,000. The head of the family, Frederick Ringe, was a very rich man. Ringe acquired Malibu as a home for his family, and then expanded it from 13 to 17 thousand acres.

Frederick's wife strictly protected the privacy of her family and did not allow outsiders to enter the Malibu area, installing gates and fences and hiring armed guards who were constantly patrolling the property.

In 1929, daughter Ridge built Adamson House near Malibu Pier. Today the house is a national historical monument and a museum open to the public, which exhibits ancient pottery exhibits. The Ringe family loved the Moorish architectural style so much that In 1926 she opened pottery workshops that supplied the area with ceramic tiles and ceramics.

In the 1930s, due to financial problems, the family agreed to allow several Hollywood movie stars to rent land to build houses. Ten years later, she was again in a difficult financial situation and was forced to sell the land.

Although Malibu's beaches are open to the public, today Malibu is better known as a gated community and home to many famous celebrities, including Tom Hanks and Rita Wilson, Howie Mandel and Mel Brooks.

This five star hotel is the epitome of "total isolation." Each room has an elegant design, is equipped with books and magazines on contemporary art, all have balconies, each of which does not overlook each other. 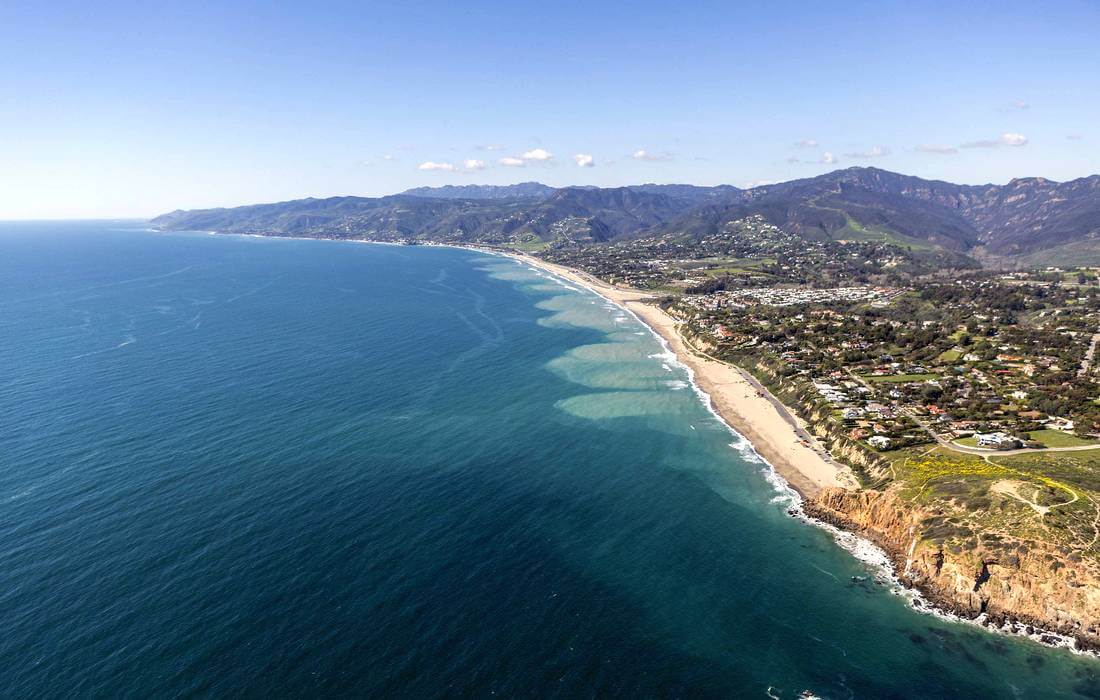 A sense of privacy is what guests like about this place. And the Carbon Beach Club restaurant is one of the best in the area. Malibu Beach Inn also has a spa, a private beach and a cocktail bar overlooking the sea.

It was one of the favorite places to visit writer Joan Didion when she lived in Malibu from 1971 to 1976. In fact, she was such a frequent visitor that the nursery owner named an orchid in honor of Quintana Roo, Didion’s daughter. The owner demonstrates hundreds of orchids and also sells home plants.

This is a relaxed cafe located at the end of Malibu Pier, overlooking the ocean. It serves fresh fish tacos, chicken quesadillas, special cauliflower pizza and other dishes. More relaxed than other places in the area, the cafe is one of the only of its kind in Malibu.

Of course, you can not miss the day on the famous Malibu beach. Most of the locals come there early to gain strength for the whole day. If you are tired of sunbathing, go to the Malibu Ranch at the Pier beach boutique to get everything from cashmere jumpers to surfboards.

We invite you to visit Malibu, ordering a tour from American Butler!
Send a request