Chinatown in Los Angeles is not only a colorful gate, amazing dim sum and historic temples. The annual Golden Dragon Parade is also held here - the celebration of the beginning of the Chinese New Year. 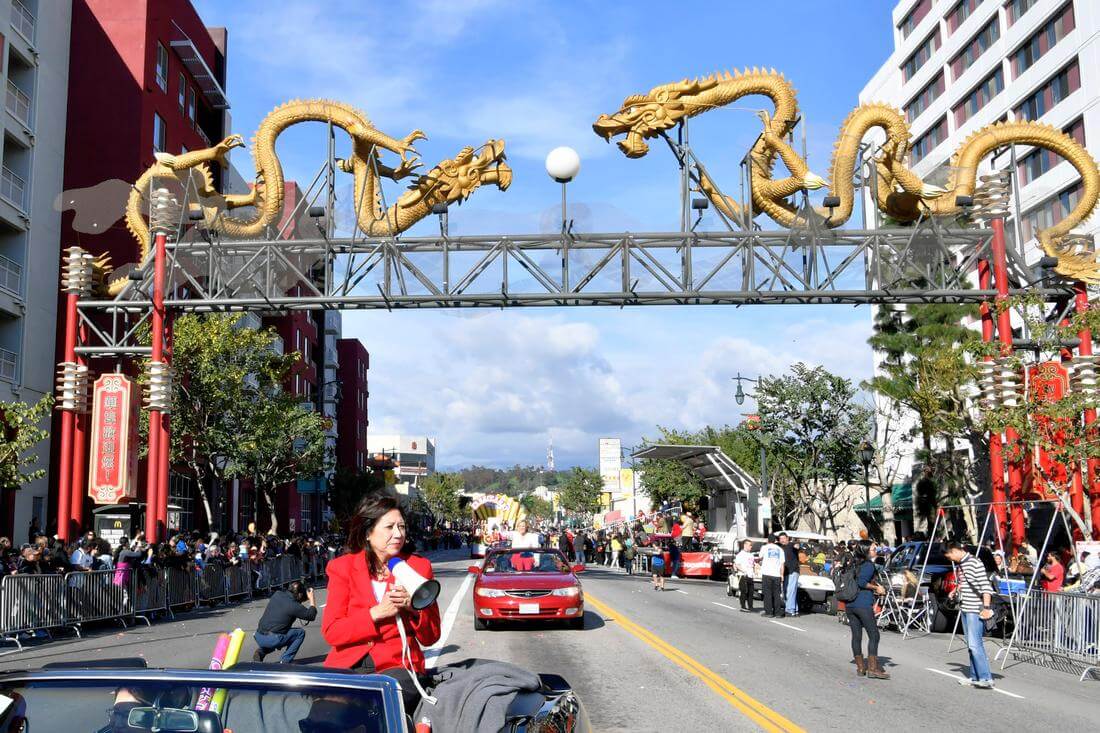 What is the parade of the Golden Dragon

Chinatown is one of the must-see places in Los Angeles for tourists. Those who visit the Chinese New Year, waiting for a special holiday. Chinatown during the lunar New Year will show the neighborhood in all its glory. All local shops and restaurants will be brightly decorated and ready to receive guests.

Lunar New Year's Day is a famous holiday for 1.5 million people of Chinese, Korean and Vietnamese descent in Southern California. It is celebrated with colorful festivals, parades and, most importantly, large family gatherings. This is also the time when ancestors are remembered with love, and families thank them.

Marching troops, dance groups, small mobile platforms and people in traditional and national costumes perform in the parade. Dragons of all colors, shapes and sizes rush along the parade route. And brightly colored and decorated snakes symbolize power and good fortune in Chinese culture.

There are many different festival souvenirs in stores along the streets. The hunt for banners symbolizing prosperity and success is the main theme of the celebration of the Lunar New Year. And bamboo plants can be taken home, attracting good luck to your home and life.

Wherever you turn, the streets and shops smell of traditional Chinese food and flavors. Pastry shops, herbal medicine shops and clothing boutiques are everywhere. In any direction you see funny trinkets, hats, fans and umbrellas for sale.

Come for dinner at any of the local cafes, some of which have been around for several decades. After all, the Golden Dragon Parade is a great time to immerse yourself in Chinese culture. 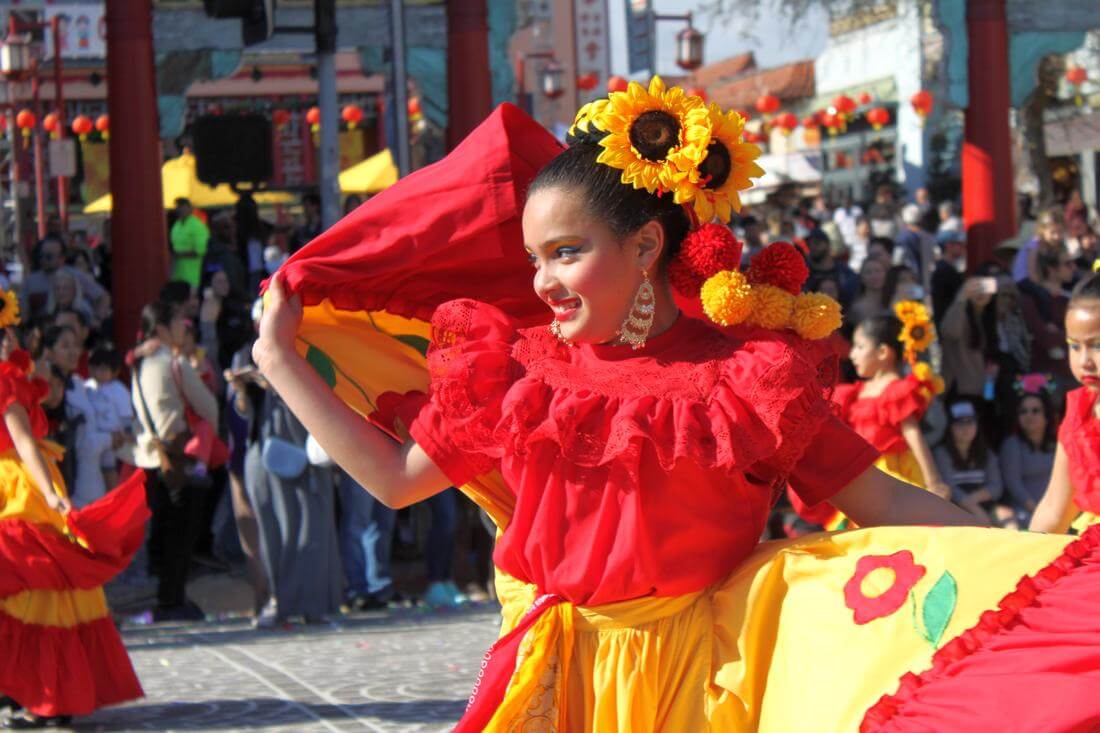 Lunar New Year is a time in Chinese culture dedicated to family and traditions. Time bringing prosperity and the beginning of spring. Fireworks are a common theme of celebration. Fireworks sounds fill the air as children run through the streets of Chinatown awaiting the start of the Golden Dragon Parade.

But initially the parade was not held on Lunar New Year and was not organized by the Chinese. It was called La Fiesta de Los Angeles, and from the end of the 19th century, its creators were looking for a way to advertise the city as a country of progress and generosity. 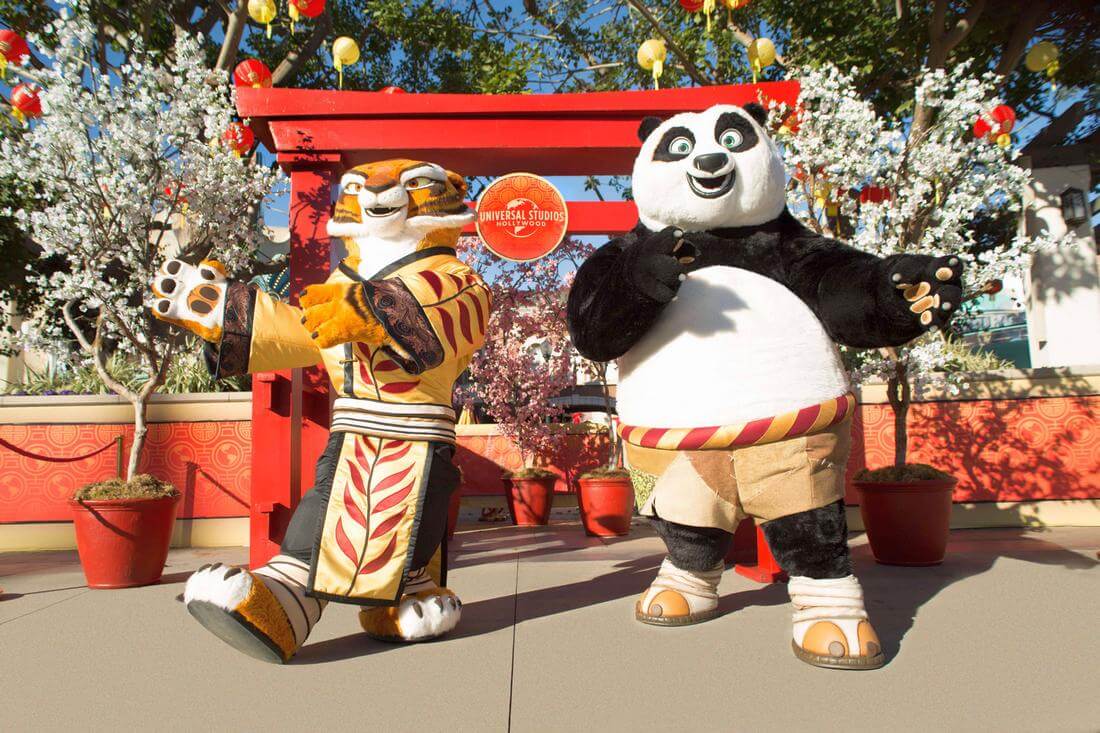 Such celebrations were also a chance to compensate for the image of the city, which was stained with racist violence against Chinese immigrants.

As one of the main events of the Chinese Chamber of Commerce in Los Angeles, the Golden Dragon Parade has been held on the old streets of Chinatown every year since 1899. Confetti, colorful dragons and the unmistakable sound of an erhu (Chinese violin) work together to create a cultural extravaganza.

After the Chinese Chamber of Commerce was established in the mid-1950s, it took over the planning of the parade. The result was a version that viewers know today - with famous marches, pompous costumes and mobile platforms.

After the Vietnam War in 1975, Indochinese refugees entered the United States and soon became active in society. Local family associations, Buddhist temples and social organizations grew, and the parade became even more famous.

In the 1970s, the actor and martial artist Bruce Lee was the chief marshal of the parade. Since then, the other marshals included David Carradine, Kay Liu, Kiu Chin and Garrett Wang. Over the years, many other celebrities have also participated in the Golden Dragon Parade.

One of the best things in Los Angeles is the multicultural nature of the city. A celebration of traditional Chinese culture right in someone’s conditional backyard is one of many examples of why Los Angeles is so unique.