We all know the sign, but where exactly did it come from? 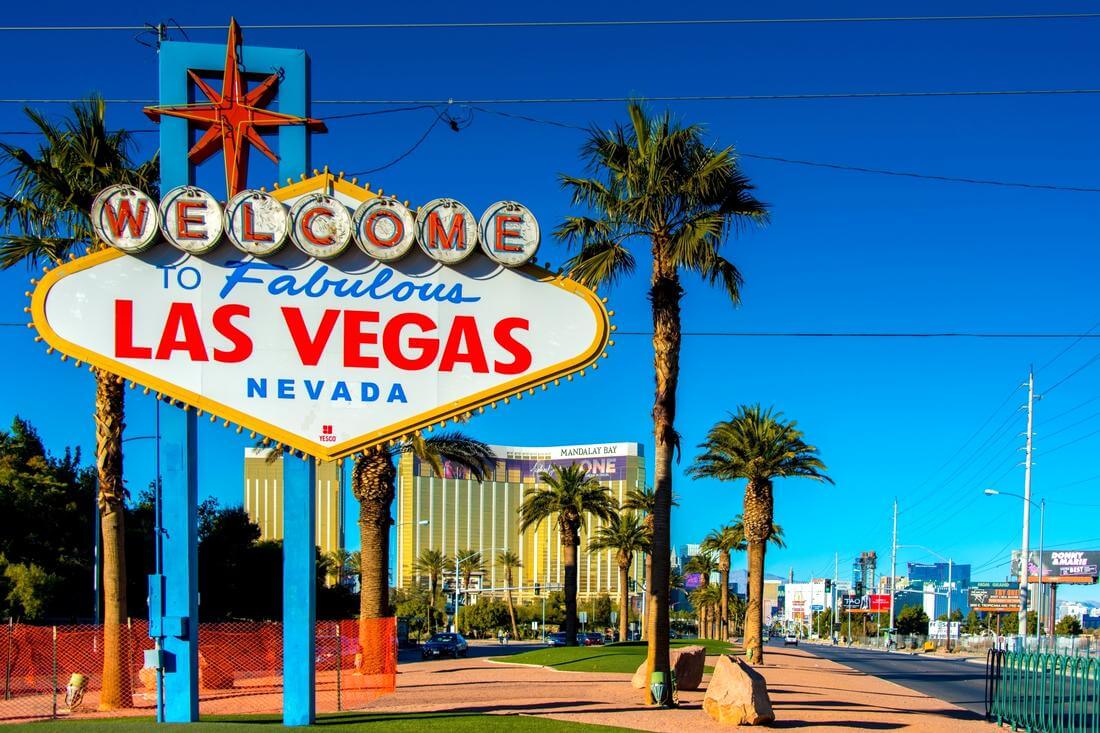 The 25-foot mark is actually smaller than most Las Vegas signs. For example, the famous sign of Vegas Vic reaches 40 feet.

Sign Welcome to fabulous Las Vegas is made in the form of a diamond, with pointed upper and lower corners and rounded side corners. At the top of the sign are seven white circles, which were supposed to symbolize silver dollars, in honor of the Las Vegas nickname - “Silver State”.

Each letter of the word “Welcome” is located inside silver dollars labeled “to Fabulous” in the 1950s, followed by the capital letters “Las Vegas”, which occupy most of the sign, and “Nevada” in a smaller font in the last line. On the other side of the sign (which is much less well known) is written: "Drive carefully, Come Back soon". 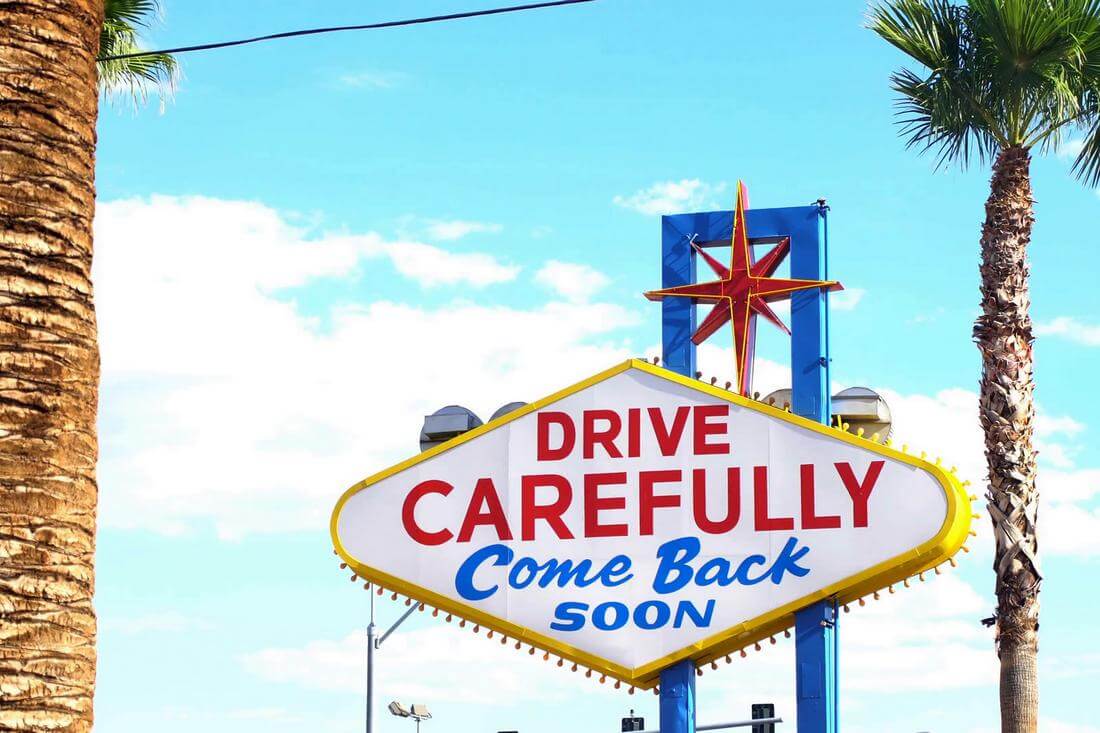 Contrary to what you might think, the sign of Las Vegas was not born in the meeting room of the business council and was not invented by local officials. Initially, he was conceived by Ted Rogich, a local seller who did not understand why the city, which at that time was famous for its abundance of neon signs, did not advertise itself better.

In the early 1950s, he began to think about creating a bright Las Vegas sign.

But the artist Betty Willis, who created this monument in the style of googie, brought the idea to life. It was a type of design popular in the 1950s — pastel colors, triangles and futuristic neon.

Although the plate was originally intended to attract tourists to the city, it has now become a tourist attraction. People risked their lives to take pictures with a sign. They stood in the middle of the road to get their picture of the legendary symbol.

In the end, the city decided that the possibility of dead or wounded tourists is harmful for business, so in 2008 they installed parking under the sign. Now it's much easier to take a picture ... Just now you have to wait for your turn.

In 2009, the historical status of the mark was finally recognized in the National, and in 2013 - in the State Register of Historic Places. 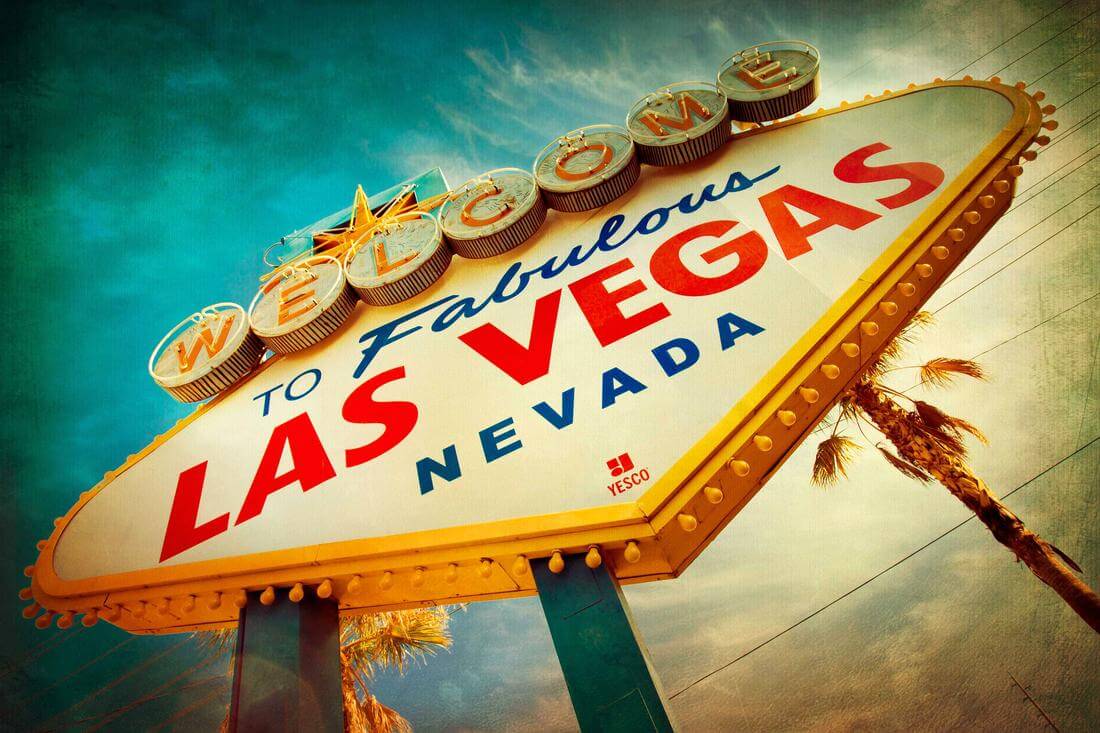 Take a picture of the landmark during the tour from American Butler!
Send a request
Also read
Stratosphere Tower
While in Las Vegas there are many hotels, not one of them is so unique and not so high as the Stratosphere Tower. Its height at first can even be a little overwhelming. Are you intrigued? Then go ahead,… Read more
Las Vegas Strip
Las Vegas Strip is just one of the fantastic sites of United States of America. This is a seven-kilometer section of Las Vegas Boulevard, which houses many casinos, hotels and shops. Read more
Fremont street
Fremont Street is a promenade in downtown Las Vegas with a history of over one hundred years. It was here that the city of sin was born and its inhabitants grew. What is so fascinating about her past… Read more
10 traffic rules in the USA
You came to the US and wanted to rent a car, but you doubt the knowledge of the rules of the road in another country? It's okay, there is a way out. Read tips from American Butler! Читать еще
How does recycling work in USA
10 years in prison for dumping trash? Easily, if you threw the packaging from under the laundry detergent in the tank for food waste. More recently, Americans did not want to dig in the trash, but now… Читать еще
Who founded Miami
At the very end of the nineteenth century, when Miami was given the status of a city, only three hundred people lived there. All achievements would have been impossible without active local residents,… Читать еще
Waterview restaurants in Miami
Do you want to enjoy lunch or dinner in one of the best restaurants in Miami, but a beautiful view of the sunset or the water is a very important criterion. Read our article about a dozen restaurants… Читать еще
Mission Trails
Mission Trails Park is San Diego's largest wildlife sanctuary and its pearl. There are about 600 different species of plants, including more than 300 varieties of wildflowers. Читать еще
Las Vegas Sign 5 1 0 0
Sharing: