The Neon Museum in Las Vegas

Neon Museum is a huge monument to the signs that once adorned the casinos and hotels of Las Vegas of the past. This is a museum for guests of all ages, allowing you to look into the City of Sins, which today not many people recognize. 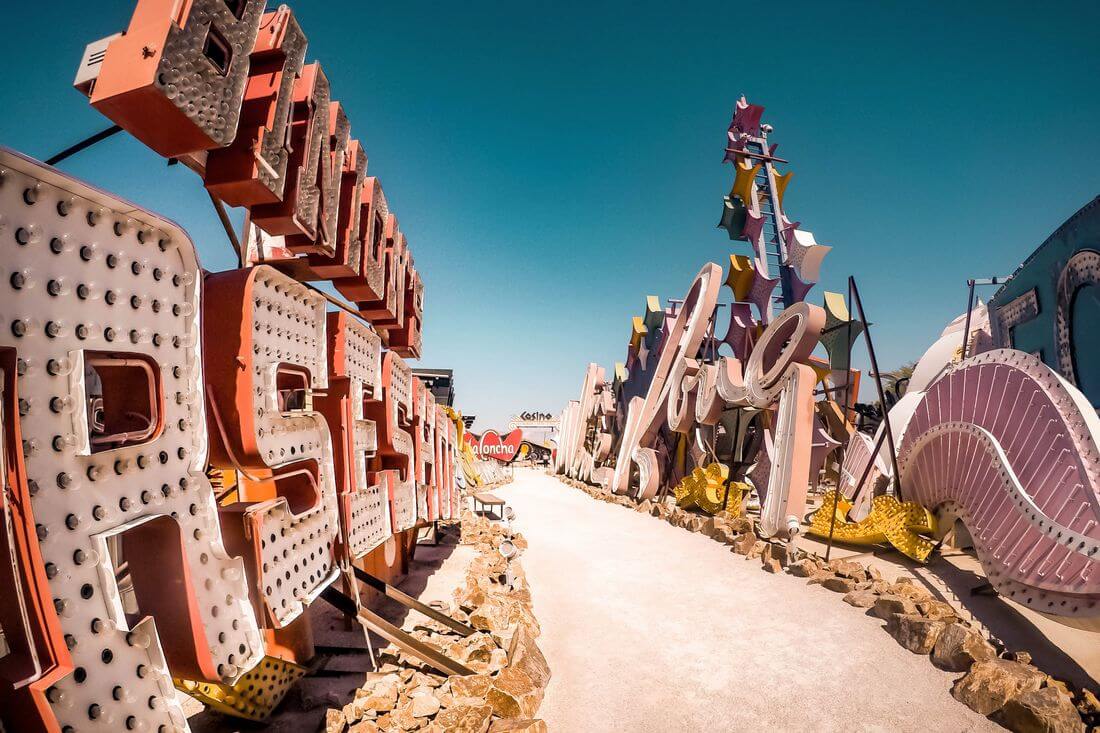 Why visit the Neon Museum

As soon as the sun sets, Las Vegas shines with bright light - hundreds of thousands of bright incandescent lamps attract your attention. Neon is not news for Americans: hotels, bars and casinos have been attracting customers with colorful signs for decades. Located on Las Vegas Boulevard north of the Mafia Museum, the institution pays tribute to the light show.

Nearly 2 acres of outdoor exposure is home to over 200 old signage. An hour-long walk is conducted by local historians, who talk in detail about the cult sights. Tours are divided into day and night. If you also plan to visit the Mafia Museum, you can purchase a combination ticket that covers the entrance to both sites for $30.

One-hour guided tours of the Neon Museum take place seven days a week. Due to the popularity of the museum, it is recommended to book tours in advance. Photography is allowed during the tour.

The museum's collection includes nine restored signs that are installed throughout the city and can be viewed around the clock. Since its founding in 1996, the Neon Museum has also collected original signatures, drawings and photographs, and has continued to create its own research library and archives.

The Neon Museum was founded in 1996. The impetus for the discovery was the loss of the cult sign The Sands. After its closure in 1995, there was no place to store a massive sign, and it was destroyed. To commemorate its official opening in November 1996, the Neon Museum restored and installed the Hacienda Horse & Rider sign at the intersection of Las Vegas Boulevard and Fremont Street. Admission was free, but the museum could only be reached by appointment.

Paid public reception of residents and tourists began only in 2012, replacing the preliminary appointment. Attendance during the first year amounted to 60 thousand people, exceeding the initial estimate of 45 000.

In 2017, the museum acquired land for its first expansion. On its fifth anniversary since the public opening, on October 28, 2017, the Neon Museum offered free admission to the town hall building.

With over 200 restored neon signs at the Neon Museum, it is safe to say that the museum’s exhibit collection is impressive. What could be better for preserving the electrical past of Las Vegas than restoring old neon signs?

Now permanently closed, Rive worked from April 1955 to May 2015 and was the first high-rise hotel on Las Vegas Boulevard. Liberace played at the opening, and Dean Martin often performed and even owned a stake in this business. 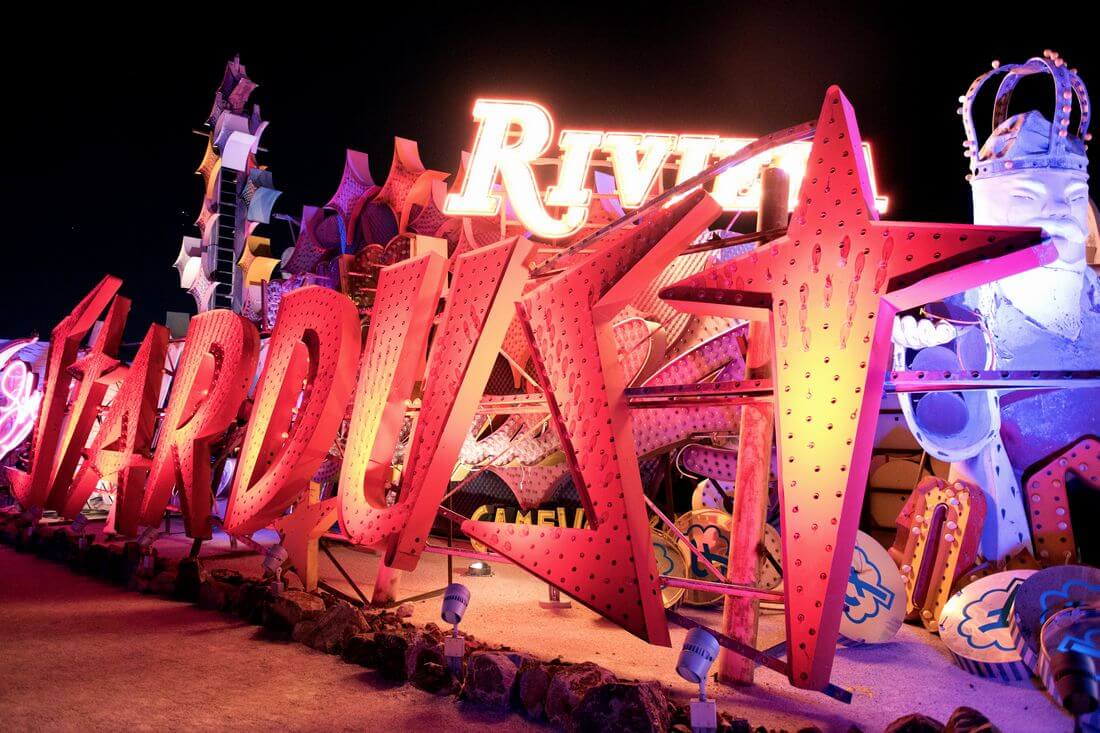 Lady Luck Hotel & Casino was built in 1964 and in 2013 was transformed into Downtown Grand. Right before he got to the Neon Museum, the Lady Luck badge was featured in the Vegas Holidays movie.

Moulin Rouge was opened in 1955 as the first integrated hotel and casino in Las Vegas; it was featured on the cover of LIFE magazine on June 20 of that year. The same woman who designed the famous Welcome to Las Vegas sign, Betty Willis, also designed the Moulin Rouge sign.

Over the past 100 years, many establishments have been opened on the northwest corner of Pervaya and Fremont Streets, including Sassy Sally's in 1980-1999. Initially, it was a pharmacy that served local residents in 1906-1955. In 1956, it became the Silver Palace, the first Las Vegas two-story casino, and the first where escalators were installed. The casino changed names several times before becoming Sassy Sally's casino.

Liberace opened its museum on Tropicana Avenue in 1979. He built it to house his extravagant collection of costumes, cars and antiques to raise funds for a student program to develop creative specialties. The restored tablet is a neon version of the Liberace signature. Sign Restoration was featured in the PBS documentary Restoration Neon.

Visit the Museum of Neon.

Pre-ordering a tour at American Butler!
Send a request