The Rosedown Plantation, which covers 374 acres in St. Franceville, is an untouched example of a plantation complex in Louisiana.

This is a place to study the cultural traditions of slavery, the lifestyle of nobles and experiments in agriculture and horticulture.

The plantation was founded in the 1830s Daniel and Martha Turnbull.

Attractions include agricultural crops, pastures for livestock, stables for horses, yards and pens for farm animals, houses for African slaves (where they had their own garden plots), a vegetable garden, an orchard and, actually, the house itself. 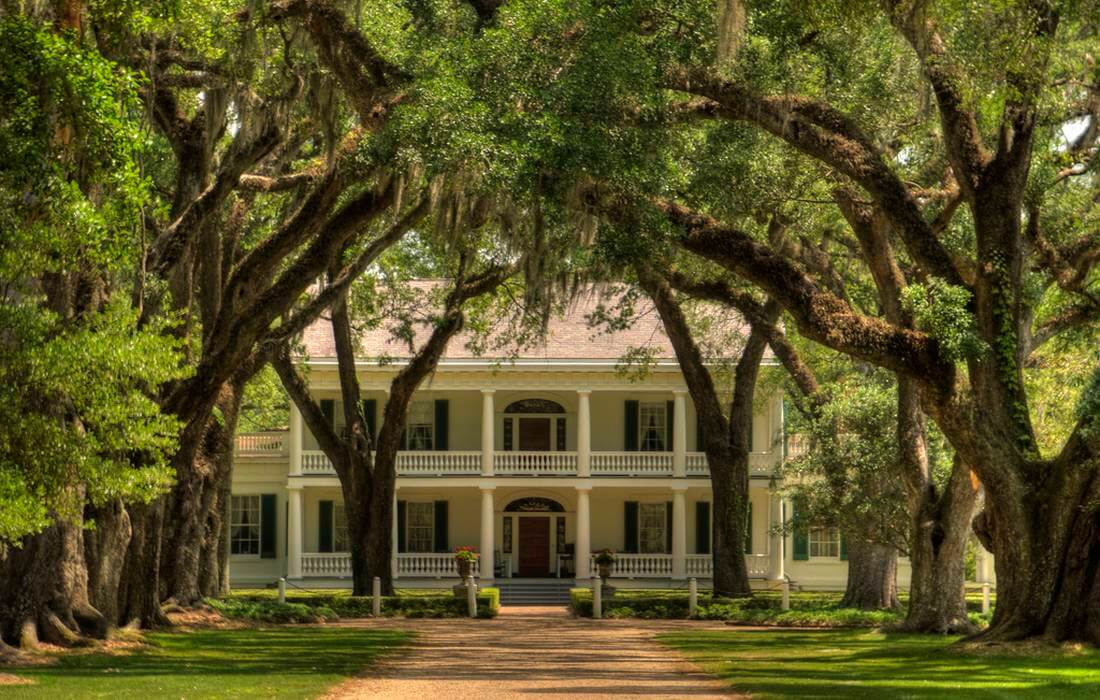 The gardens are Martha's passion. Her diary shows insight in caring for plants. She recorded her first record in 1836, and the last in 1895, one year before her death at the age of 87.

Many of the plants planted by Martha have survived to this day. Here you can find one of the earliest collections of camellias and azaleas in the South. Thanks to access to the history of Martha, the plantation reminds us of the place where ornamental gardening occupied a serious part of the lives of many people living in the period of pre-war America.

The 1860 census showed that 145 slaves lived in 25 houses on the plantation, an average of six people per house. They were carriage drivers, blacksmiths, cooks and housekeepers. None of them was a gardener, but Martha often referred to individual slaves in her diary, indicating that they helped to care for the plants. Research is now underway to learn more about the lives of African Americans who lived on the plantation.

Martha Turnbull died in 1896, leaving Sarah in possession. After Sarah’s death in 1914, her four unmarried daughters inherited the plantation. In the 1920s, they opened a home for tourists interested in the remnants of a flourishing cotton crop.

When Nina, the last surviving sister, died in 1955, the land passed to her nephews. They sold the plantation to Catherine Underwood, an amateur gardener, and her husband Milton. Underwoods spent $10,000,000 on restoration to restore the plantation. In 1964 it was opened to the public, and in 2005 the plantation was declared a National Historic Monument. 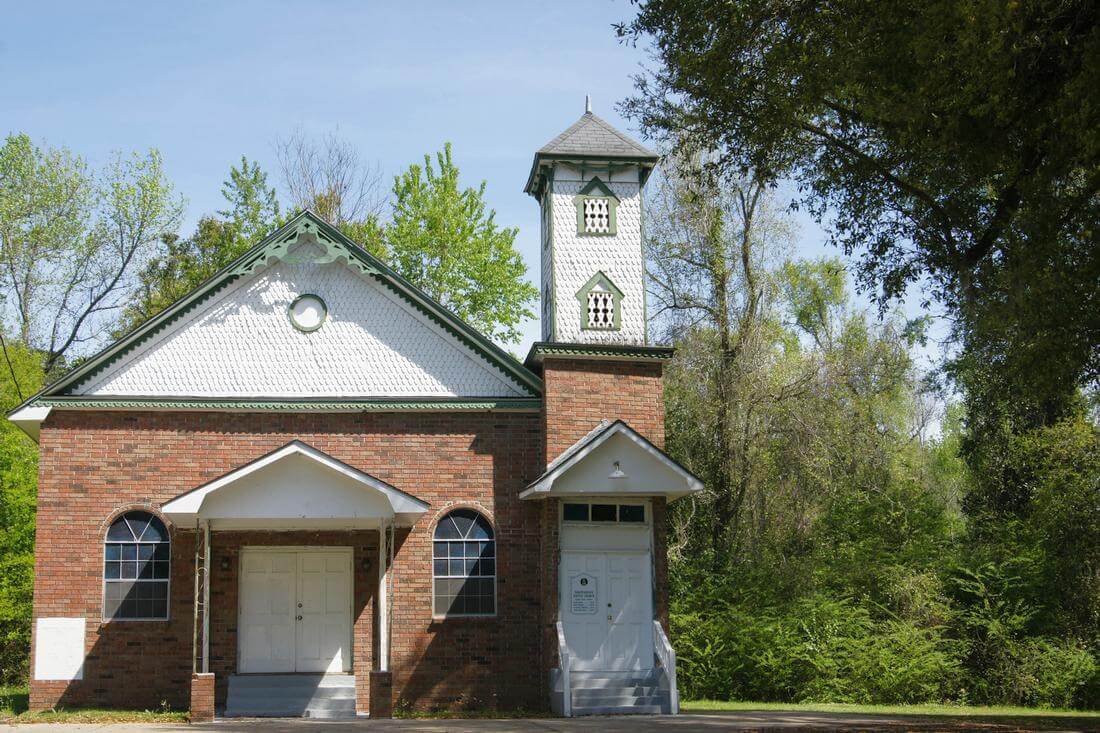 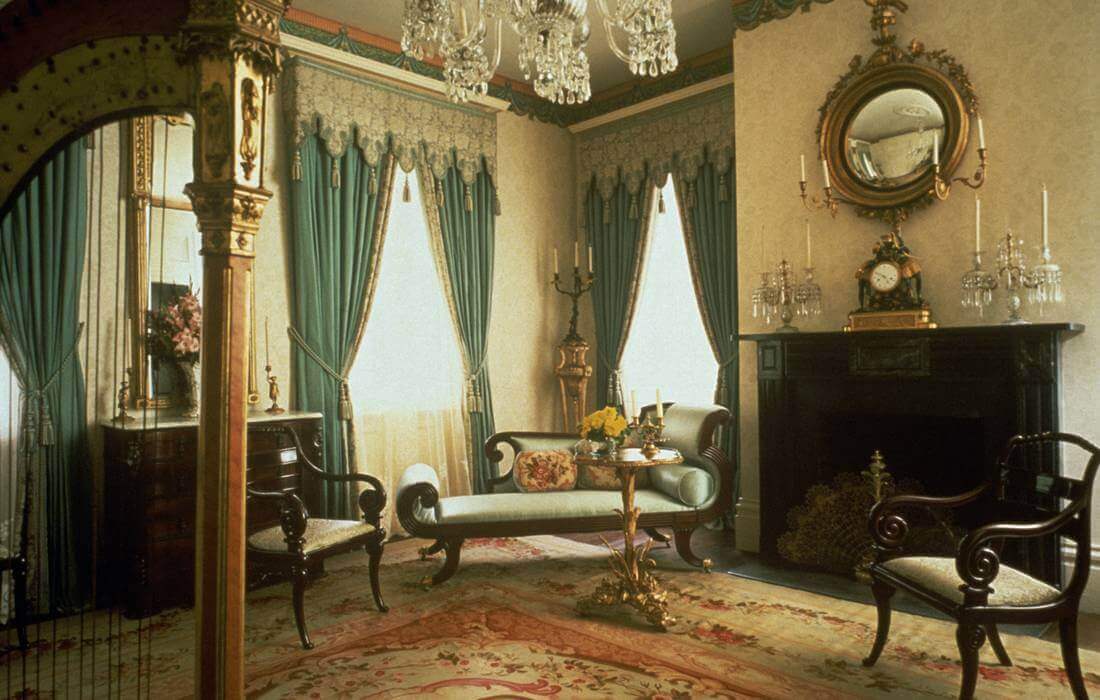 The first owners signed a contract with the carpenter Wendell Wright for the construction of a house in the Greek Renaissance style. Built from cypress and cedar, the two-story house has a gallery with smooth Doric columns and a balustrade.

In the center of the house - an arched doorway with six horizontal panels, differing corrugated, layered entablature and patterns deposited on glass.

The main lobby is decorated with wallpaper by Joseph Dufour from Paris. Among the rooms on the ground floor: living room, music room, study, pantry and dining room. An elliptical mahogany staircase leads to the second floor where there are family bedrooms.

In the north wing - guest bedroom with bathroom. The house is furnished with imported goods from Philadelphia, New Orleans and Europe.

Most of the furniture stayed with the house for many years after the American Civil War, including the tapestry, stitched by Martha Washington. 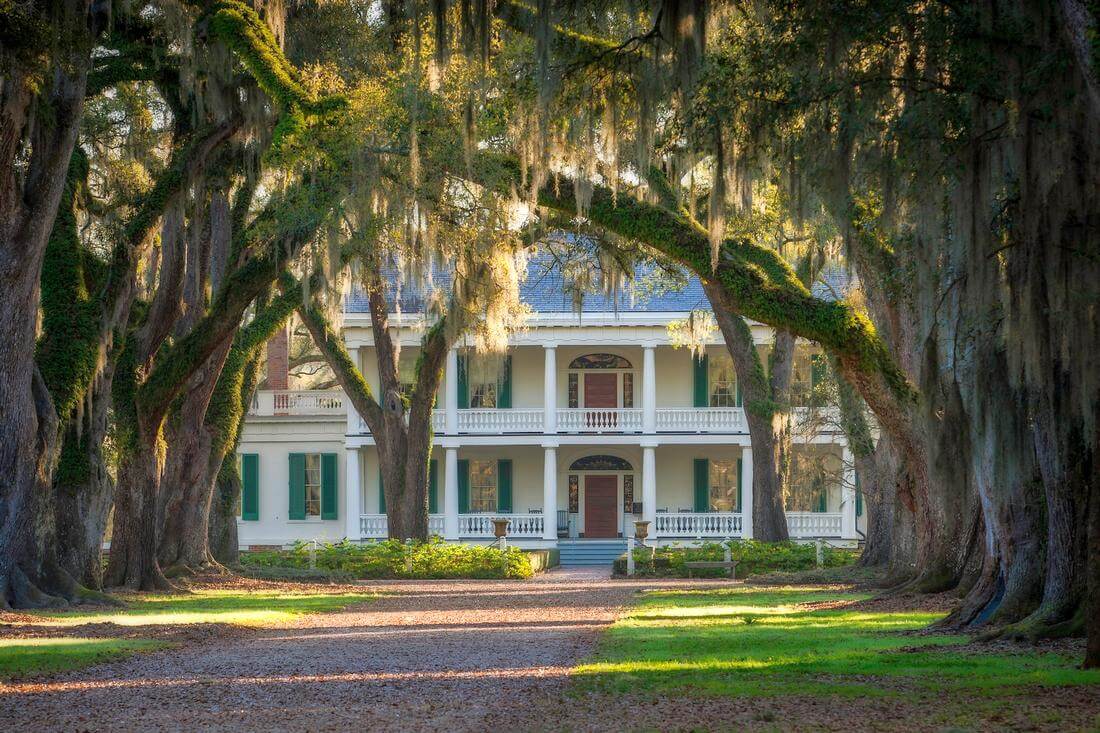 The beauty of the gardens on the Rosedown Plantation

Gardens planted before building a house. Already in 1836 There are records of the purchase of camellias, azaleas, and other plants from William Prince in New York. 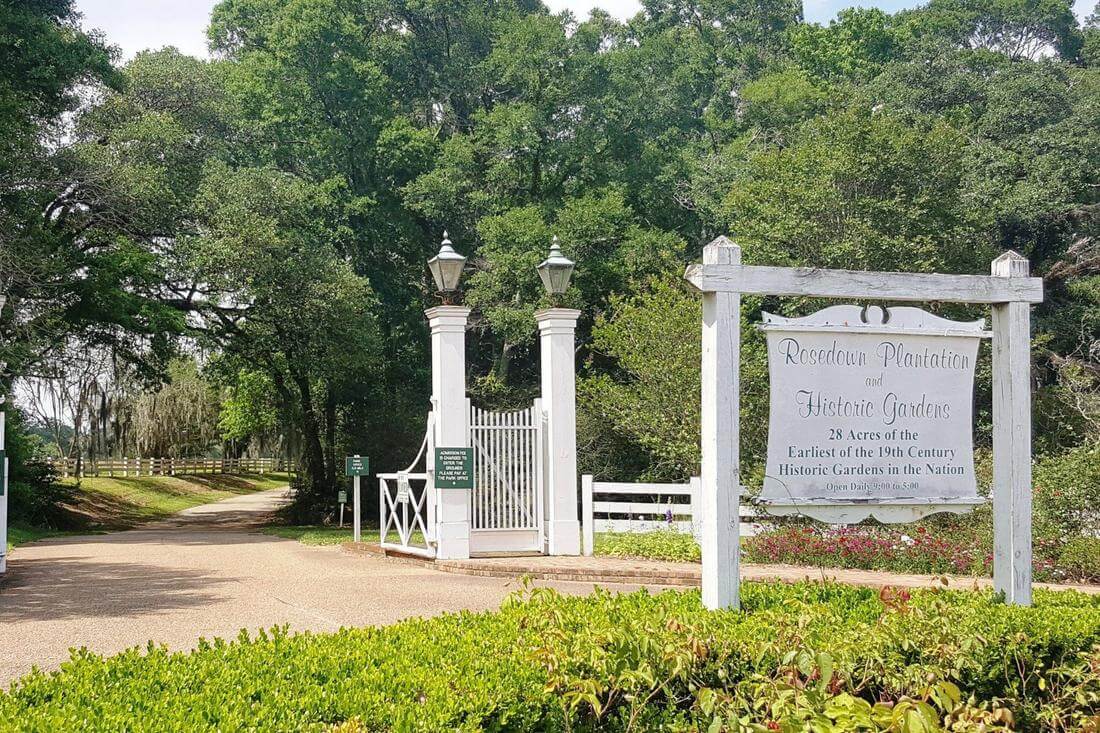 Landscaped gardens can be accessed through a wooden gate and alley, which ends in a courtyard surrounded by oaks.

Eight marble Italian sculptures on brick pedestals emphasize the alley. Initially there were 12 of them, but while the owners of the plantation took turns one after another, they took away the old statues, and in their place put 8 close to the originals.

On the sides of the alley are baroque gardens with geometric landscaping, as well as English-style gardens with winding paths that include rare plant varieties.

The sunniest and most open area of the gardens is a flower garden located southwest of the house. Planted with several varieties of roses, it combines rectangular shapes with curved paths.

Near the main house there are several auxiliary buildings, including a doctor’s office, a secret compartment, a milkman’s house, and a wooden shed. At the rear of the house was a kitchen, which in 1956 was reconstructed near the house.

Visit this place with a rich history and feel the era. Guides in costumes of that period will take you on a historic journey through the life of the plantation in the XIX century.