Maidwood Plantation - the former possession of a sugar cane producer near Napoleonville, Louisiana. This is a national historical monument, one of the best plantations in the style of the Greek Renaissance in the American South. 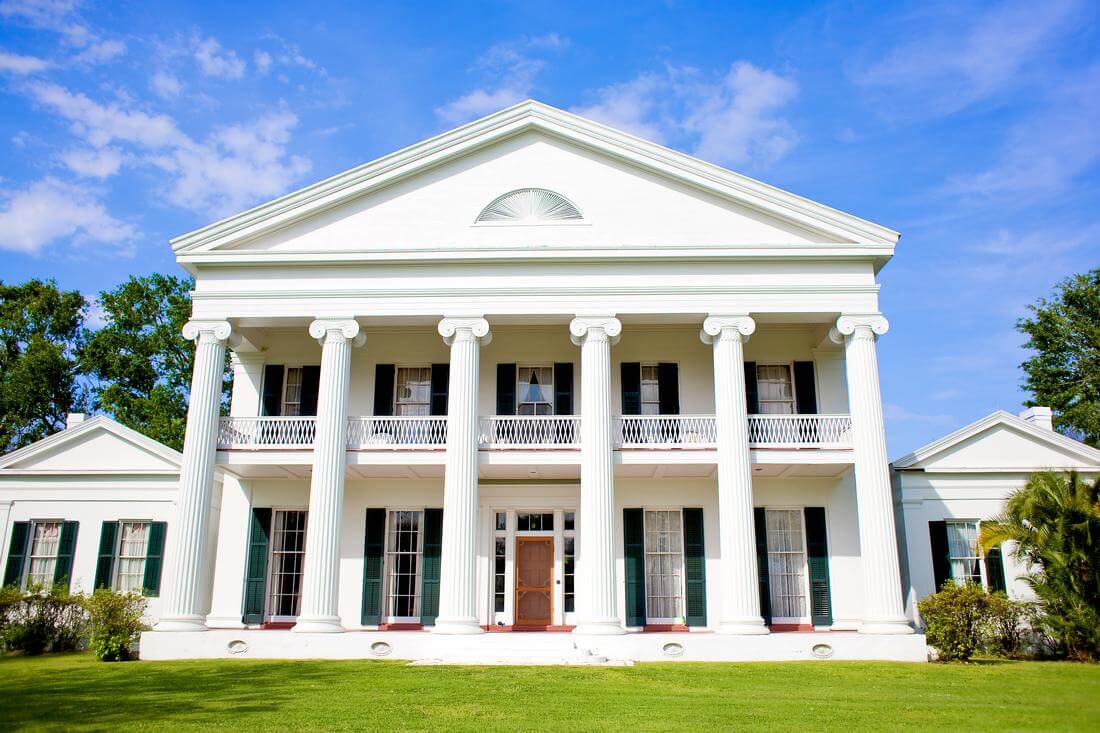 The plantation is located on the northern shore of the Gulf of Lafurs, on a well-groomed area, separated from the bay by a highway. Built in 1840–48, Madewood Plantation House reflects the aspirations of its original owner, Colonel Thomas Pugh, a member of a well-known and wealthy Louisiana family. Maidwood is one of the most prominent examples of Greek architecture.

The house is built of bricks made on the plantation, while the exterior is covered with stucco, imitating brick blocks and painted white. Six corrugated Ionic columns rise to two floors, while the central part preserves the character of a Greek temple. The facade is completed by two single-storey outbuildings, echoing the predominant elements of the main house.

The interior consists of 23 rooms with hearty pine floors, door frames and cypress stucco painted in oak. Each door is signed by the artist, Hennessy Cornelius. In other places, woodwork, including cypress fireplaces, were painted in marble or exotic woods.

Today, the plantation area includes the main house and kitchen, a family cemetery and slave houses. 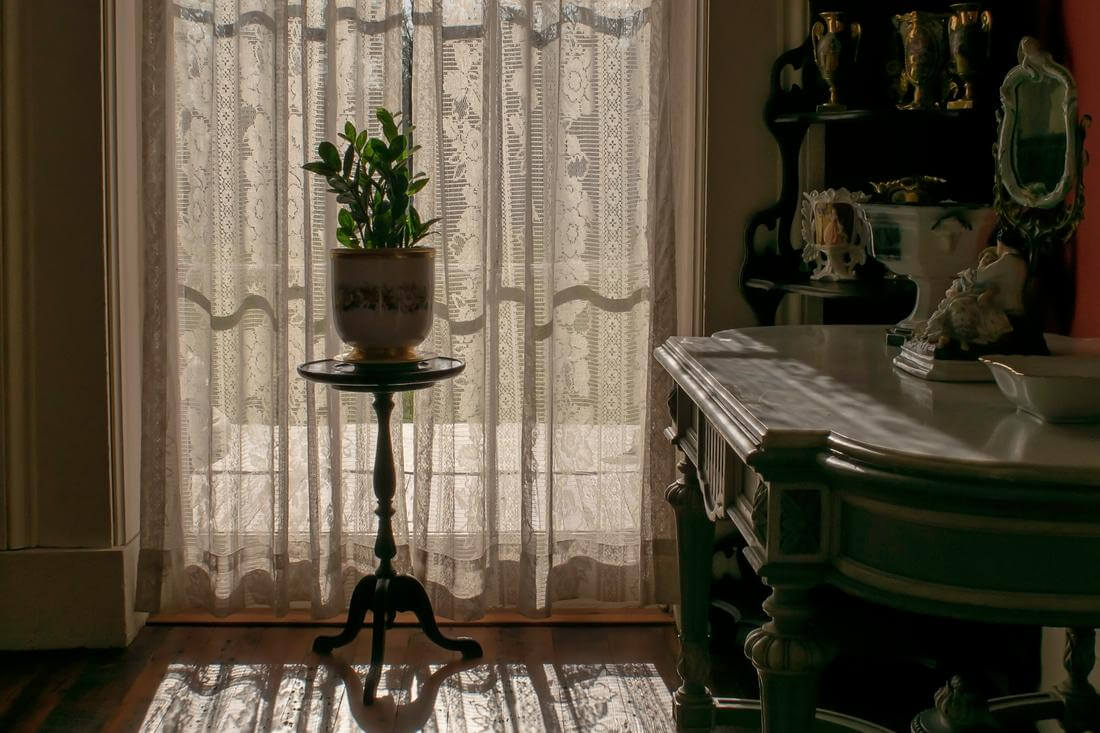 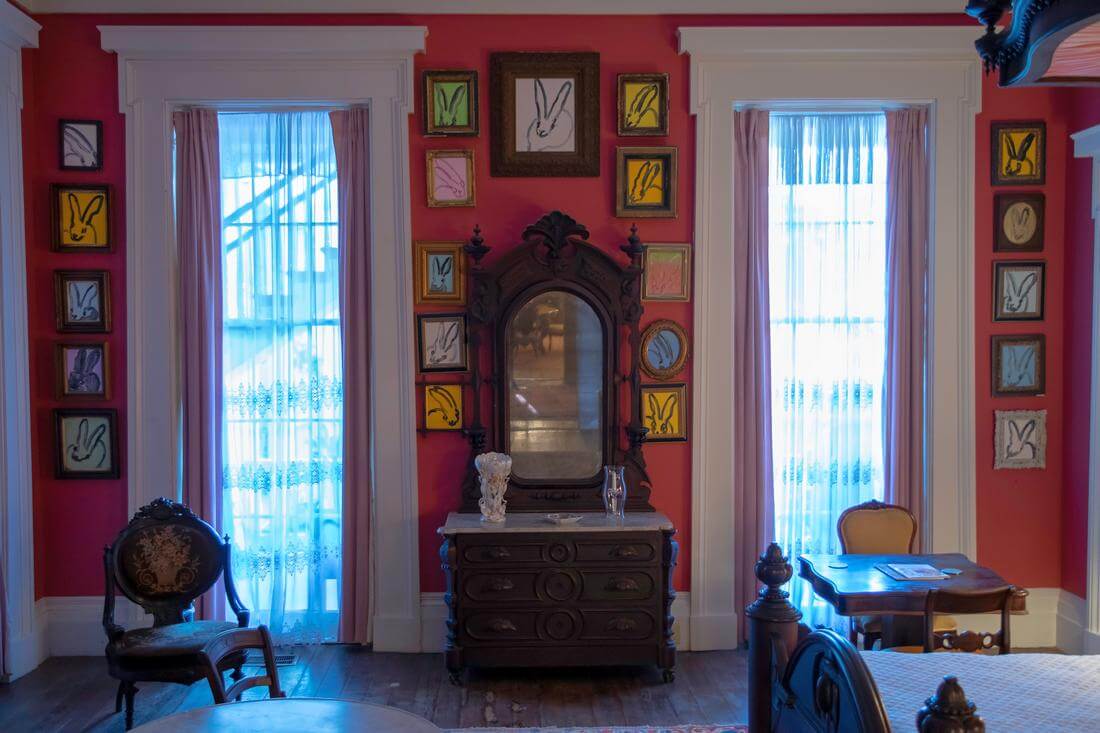 The mansion was built for Colonel Thomas Pugh in 1848. Design and construction lasted eight years. 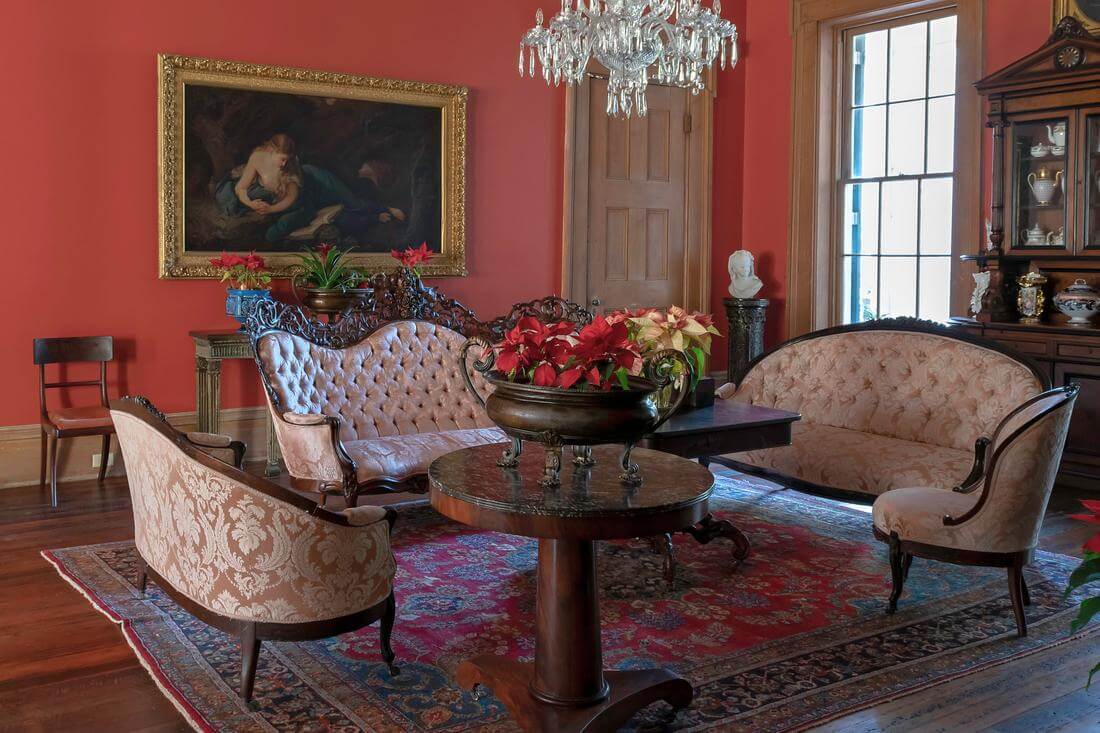 Designed by his architect Henry Howard in the style of the Greek Renaissance. The house boasts 23 rooms, a main central staircase and an adjoining kitchen.

I used the plantation for four years, after which I died at the age of 56 from yellow fever. Some sources indicate that at the time of his death the house was not fully completed yet. Then the plantation passed to his widow, Eliza, along with the land holdings, tools, crops, and, yes, the slaves. During the Civil War, the plantation was used by the troops of the Union as a hospital.

In 1964, the house was bought by Harold Marshall and carried out a major overhaul, which was completed only in 1978. In 1983, the plantation was declared a national historical monument.

Today it works as a tourist attraction. The plantation has been featured in several films and television productions, including The Woman Moses, Sister, Sister and Sofia Coppola's Fatal Temptation. A part of the Beyonce Lemonade visual album was also shot on this site.

The Harold Marshall family acquired the property in 1964 and carried out a major restoration of the house, which was completed in 1978. The property is currently owned by their sons, but is open to the public daily and is the center of the annual festival of arts and other cultural events.

Visit this beautiful place by taking a tour with American Butler.
Send a request
Also read
Cypress Lake
Cypress Lake is the heart of the Lafayette University of Louisiana campus. Today it is a unique landmark of the university, which is a habitat for local irises, alligators, turtles, birds and fish, as… Read more
Nottoway Plantation
The Nottouea Plantation is a Greek and Italian style mansion built by John Randolph in 1859. It is the largest surviving plantation house in the southern United States with an area of 4900 m². Read more
Rosedown Plantation
The Rosedown Plantation, which covers 374 acres in St. Franceville, is an untouched example of a plantation complex in Louisiana. This is a place to study the cultural traditions of slavery, the lifestyle… Read more
Lake Pontchartrain
Lake Pontchartrain is located in Southeast Louisiana. It has a length of 64 km and a width of 40 km. New Orleans is located along its southern and eastern coast. The lake crosses Lake Pontchartrain Causeway… Read more
How to refuel a car in the USA
Читать еще
Credit history
America lives on credit - everybody knows it. But how do the Americans manage not to get caught up in debt? We will help to understand this issue and not to break the eye of complex terms. The new material… Читать еще
Al Capone Story
The world is full of atrocities at all times, but the 20s years of the 20th century became the most cruel and riotous for America. But the times of Prohibition and the Great Depression turned out to be… Читать еще
US Michelin restaurants
We continue the theme of restaurants! We take above - restaurants throughout America. And not just good, but the best of the best. So, the top 10 three-star restaurants according to the Red Michelin Guide.… Читать еще
Hoover Dam
Hoover Dam is one of the highest dams in the world, and at the same time a powerful hydroelectric power station. Tourists and residents come here to see the incredible scale of construction, go boating,… Читать еще
Craft Contemporary
Craft Contemporary is a building with more than half a century of history, a gallery of folk art. Since Los Angeles has become an important international art center, the Museum of Crafts and Folk Art… Читать еще
Madewood Plantation 5 1 0 0
Sharing: