Panama City Beach is a resort town located in Bay County, Florida, on coast of the gulf of mexico. The beaches in this city are often referred to under the slogan "the most beautiful beaches in the world". We will tell about the city in more detail in this article.

The history of Panama City Beach begins from the moment when its first inhabitants arrived here 13,000 years ago during the last ice age. The ancient midden shell (an archaeological monument consisting mainly of shell mollusks) in oaks is a rare landmark that has been preserved from that time. 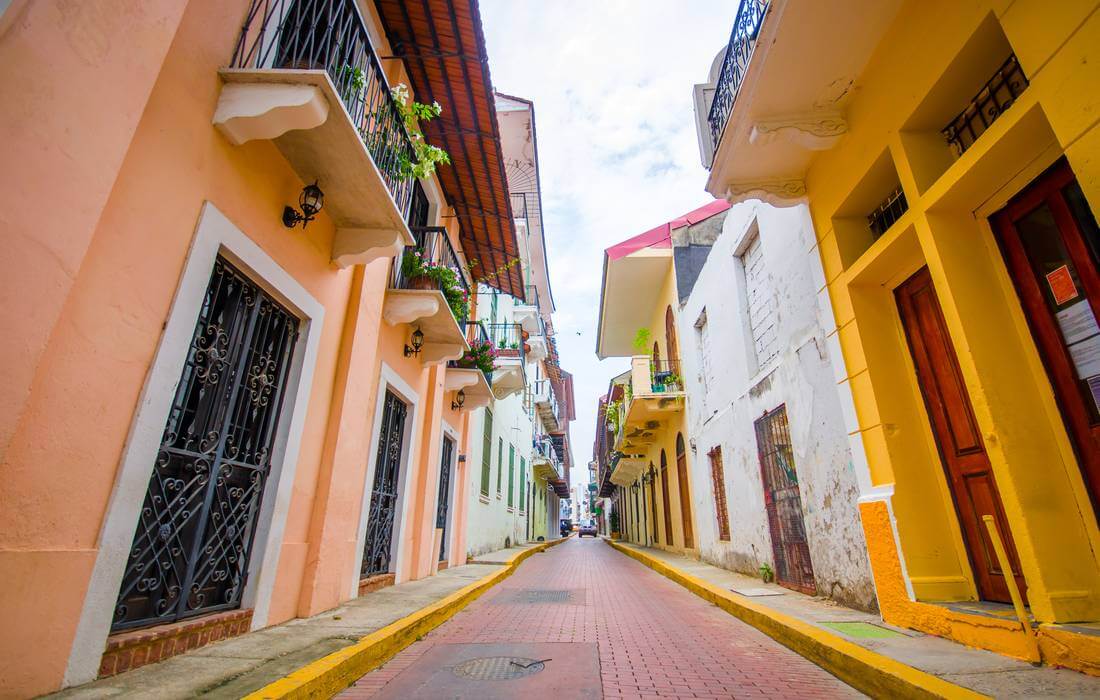 Many of the region’s first European guests were pirates, awaiting attacks on Spanish galleons filled with wealth. One of these giant galleons, along with a huge cannon, was somehow discovered under a local motel in the early 1960s. Many other wrecks lie beneath the Gulf of St. Andrews, which is considered the capital of shipwrecks in the world to this day.

In this era, Panama City remained sparsely populated for about two centuries, until the Cherokee and Creek tribes arrived to avoid forced relocation to the West. Georgia's retired governor and his wife were among the first permanent settlers in the area, and their family home later became a popular hotel.

Seminoles and white settlers formed the majority of the local population by the 1830s, and later the area began to attract tourists interested in fishing in the waters of the Gulf of Mexico. It is said that salt mined in the bay successfully treated a number of diseases and was supplied to Confederation troops during the American Civil War.

After the American Civil War, the city again became a popular place for shipbuilding, fishing and tourism. Panama City in 1927 joined the three neighboring cities, expanding the territory. The city became a famous port during the Second World War.

Today, Panama City Beach welcomes tourists, and the city itself functions as the cultural, business and administrative center of Bay County. 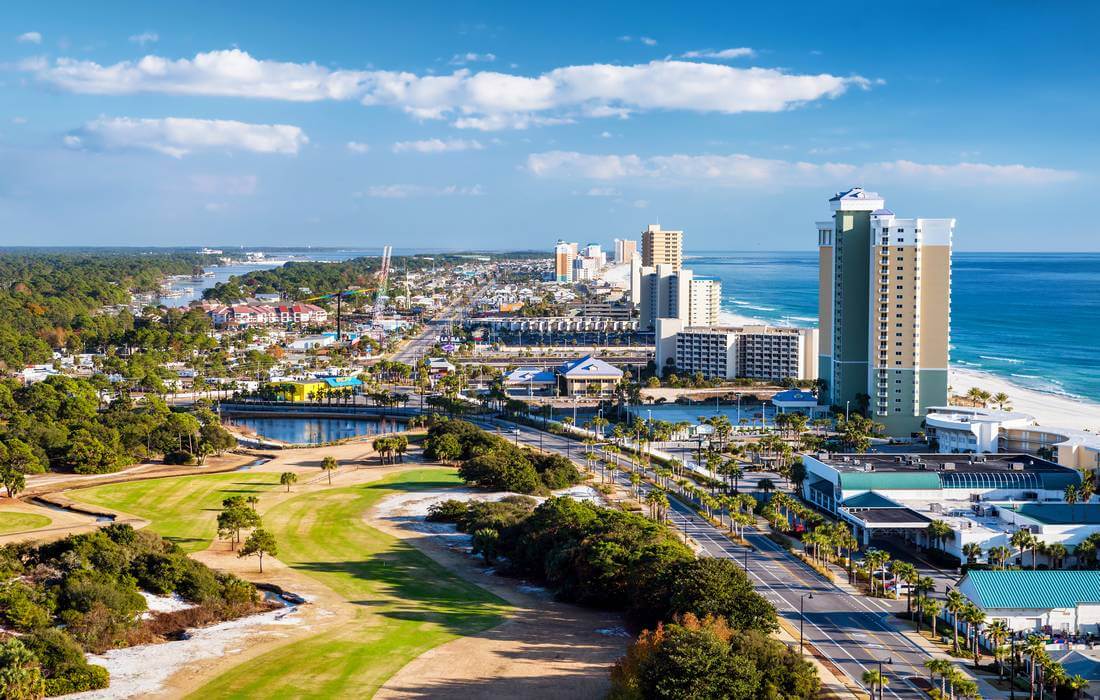 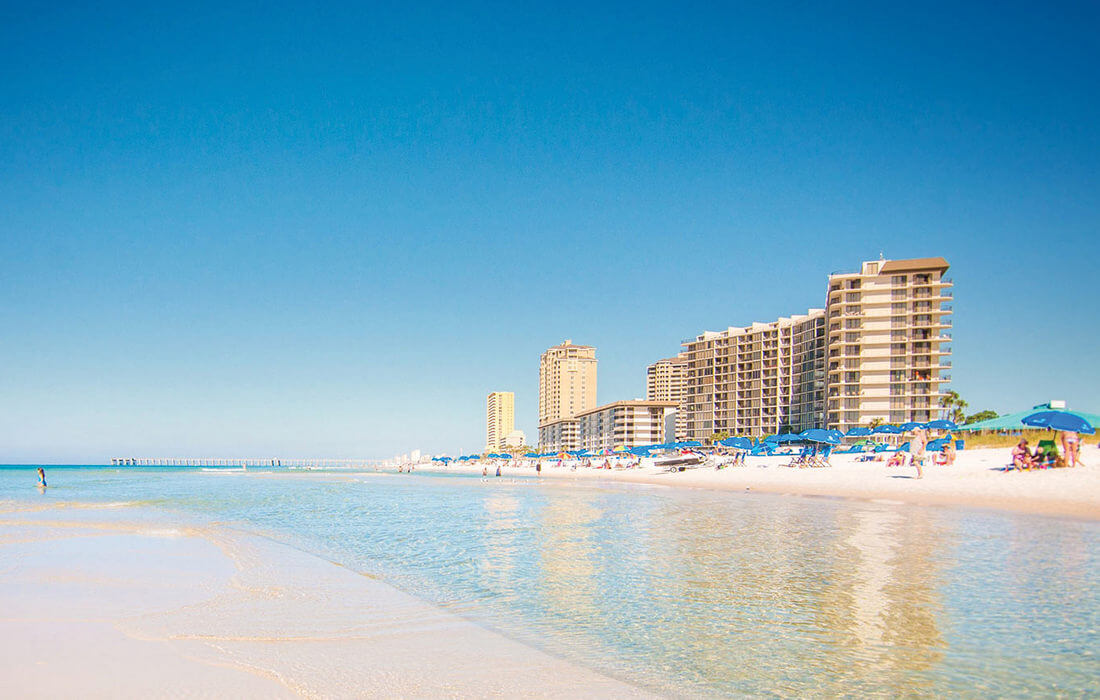 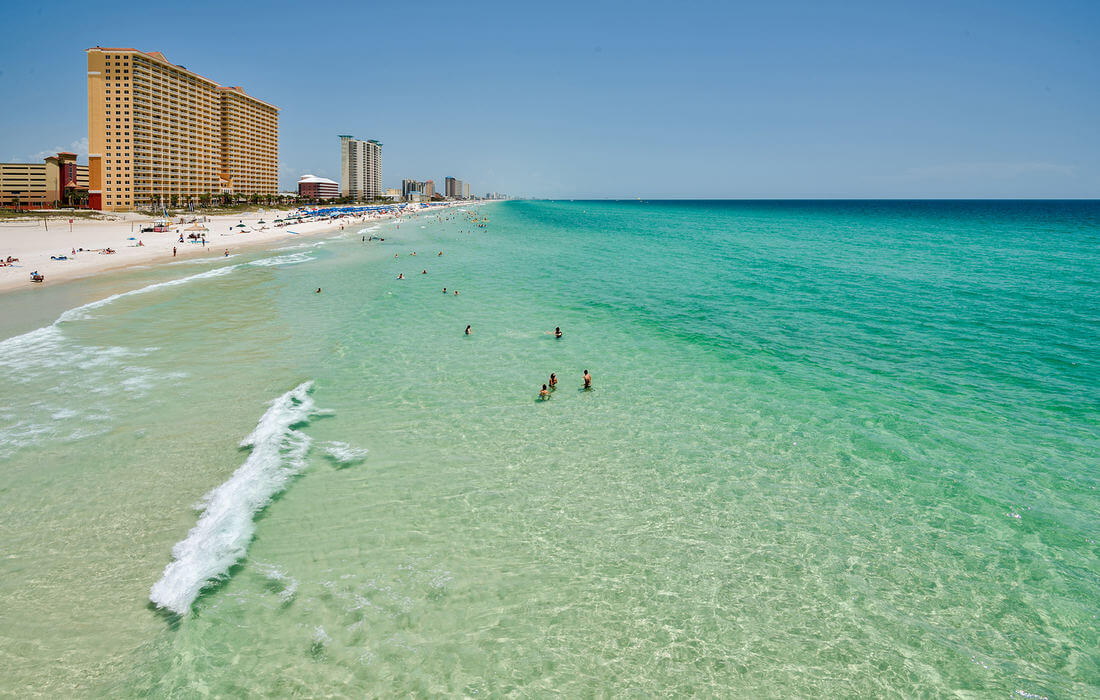 Museum of Man in the Sea

The museum was founded in 1976 by the Diving Institute, which consists of former fur seals and marine scientists. This is the place where the story of a person’s relationship with the underwater world is explored through interactive exhibits and fascinating exhibits.

Visitors can climb a submarine, try on a copper diving helmet and learn about the strange and amazing techniques that ancient divers used to breathe and stay under water. The museum features exhibits of submarines and accommodation, masks and helmets, as well as diving equipment.

The Science and Discovery Center of Northwest Florida

The Northwest Florida Research Center is a children's museum designed to become familiar with history, technology, and science in an interactive way. Outdoors there is a nature trail through a forest with a plank path over marshland, a playground and a shady picnic area under the trees.

Once a week, animals meet with snakes and other reptiles. The museum hosts summer camps, birthdays. This is an excellent learning environment for children whose parents want to add more science to their curriculum.

Paradise Adventures Catamaran offers guided tours of the Gulf Coast on a 52-foot catamaran. Cruise for 49 people starts from the marina Pirates Cove in the area of Thomas Drive. Morning and afternoon adventure tours last three hours, and stop near Shell Island.

Sunset evening cruises last two hours. and are the perfect way to spend the evening in search of dolphins. The catamaran has enough space for recreation in the shade and in the sun.

The reserve is both a public park and an attempt by residents to return wetlands and cypress forests threatened with destruction.

The shortest path is half a mile, and the longest is eleven miles, they are all smooth and easily walkable. Only tourists and cyclists are allowed on the trails, dogs must be on a leash. Visitors can see crocodiles, boars, lizards and a wide variety of birds. It has parking and toilets.

Visit Panama City Beach with your family. American Butler will select a guide for you and make a plan for excursions.
Send a request
Also read
Clearwater Beach
Clearwater Beach is a resort and residential area on the Florida coast. Differs white sandy beaches with a length of 4 km. In January 2013, he was awarded the title of the best beach city in Florida according… Read more
Fort Lauderdale
Город Fort Lauderdale – крупный курорт восточного побережья. Давно полюбившийся туристам живописный объект располагается… Read more
Tampa
Гостеприимный курортный город Тампа ежегодно проводит множество ярких мероприятий. Его визитная карточка - протяженная… Read more
Tallahassee
Город Таллахасси находится в юго-восточной части США. Он является столицей штата Флорида и занимает площадь примерно… Read more
Where to ski in the USA?
Читать еще
Green Card Lottery
Do you want to legally leave to live in the USA? The Green card lottery will give everyone the opportunity to test their luck for free and win the cherished right to move to live and work in America.… Читать еще
US Presidents
Читать еще
Who invented the hot dog
Читать еще
Smoking in the USA
Smoking is the bad habit that infected the whole world from America. But modern Americans themselves are not particularly loyal to smoking. How it happened, let's try to figure it out. Читать еще
Atchafalaya Basin
The Atchafalaya Basin is the largest river swamp in the country, containing almost a million acres of bottom hardwood, marshes, flood and swampy lakes of America. The pool begins just outside Simmesport… Читать еще
Mount Charleston
The view of the snow-capped mountains seems a bit surreal when Las Vegas still feels the warmth of the desert sun. At 11,916 feet above sea level, Charleston Peak is covered in snow for more than six… Читать еще
Comic-Con International
Comic-Con is an exhibition that educates people about pop culture. The bet is on comics and related art forms. Organizers support public presentations and exhibitions on the historical contribution of… Читать еще
Panama City Beach 5 1 0 0
Sharing: