The seven-mile bridge connects the mainland with the island of Florida Keys — the famous Seven Mile Bridge leads to a real tourist paradise.

This is a double landmark with an interesting, albeit unhappy, history and truly American modernity.

History of the Seven Mile Bridge

Previously, the Maritime Railway was built on the site of the Seven Mile Bridge automobile bridge. The initiator and customer of the construction was tycoon Henry Flagler, a Rockefeller companion for Standard Oil and the owner of his railway company. The water element interfered with human plans for a long time, drowned building material and workers, but for seven years and at the cost of 700 lives, the railway through the sea was built and opened in 1912.

In 1935, this remarkable object of transport infrastructure was partially destroyed by a powerful hurricane. They did not begin to restore the railway connection; instead, by 1938, the Sea Highway was built. Hurricane Donna of 1960 caused severe damage to the Seven-Mile Bridge of Florida, so in 1978-1982 a new bridge was built next to it — much stronger and wider. 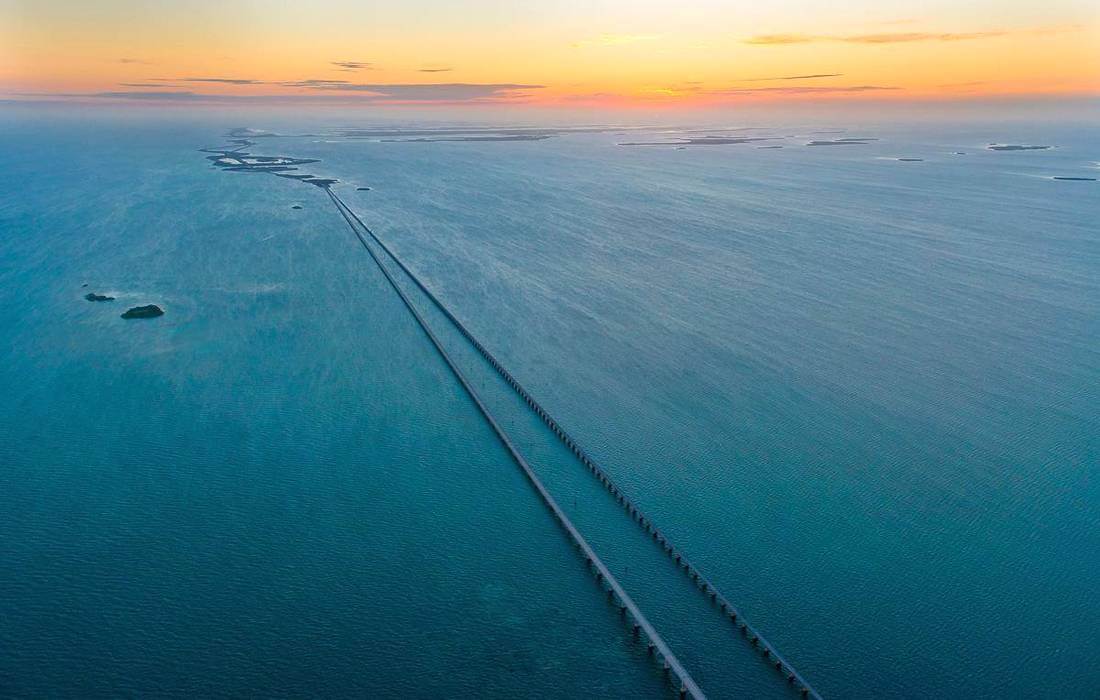 The surviving part of the old Seven Miles remains the fishermen’s favorite pier and place for tourists to walk, but due to storms and salt water it is gradually being destroyed. Recently, in Florida, a group of enthusiasts joined together in the Friends of the Old Seven Miles non-governmental organization to preserve the landmark for future generations — both locals and especially tourists.

The longest, or is there a record for a record?

Florida's new Seven-Mile Bridge at the time it opened in 1982 became the longest continuous concrete segmented bridge on the planet. Today it is not even in first place in length in the USA, but the world record set more than 30 years ago has remained in the world history of transport architecture.

Since 1982, the Seven Mile Bridge in Florida has been closed annually, and about 1,500 people have run the famous Seven Mile Marathon.

On the bridge, scenes from Hollywood movie hits "True Lies", "License to Kill", "James Bond" and others were shot.

Bridge over the Florida Keys Islands

The Florida Keys Islands deserve the title of tourist paradise. Many vacationers on the seas prefer to go to the islands: as a rule, the water there is cleaner, the sand is softer, the nature is more picturesque, the atmosphere is calmer. US island resorts are no exception. 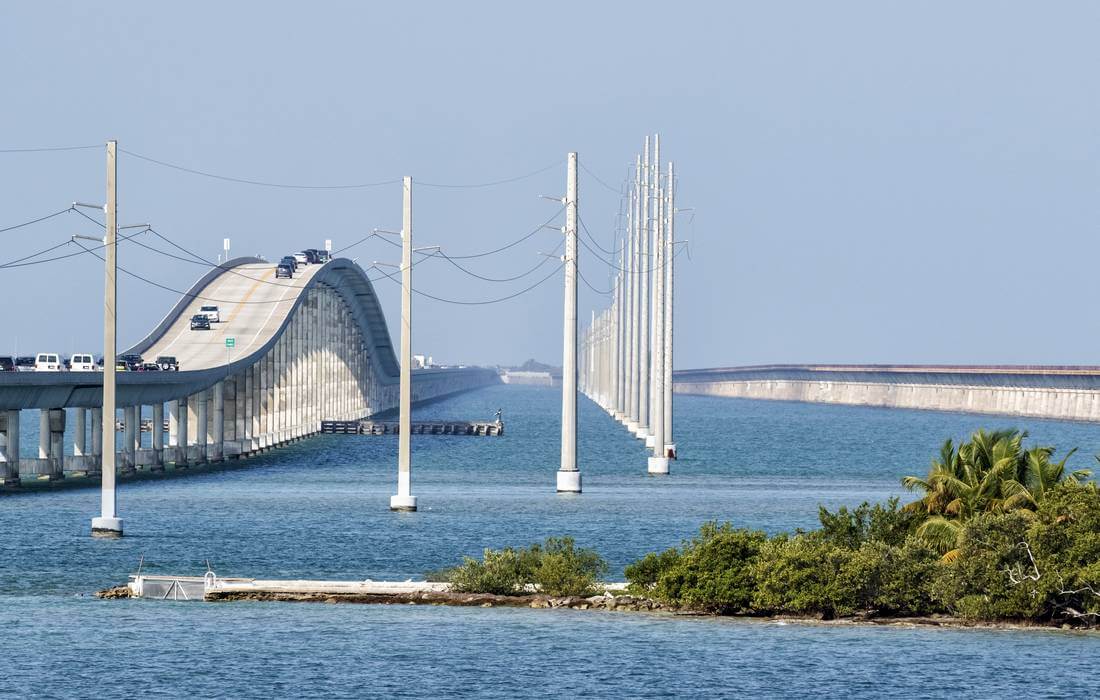 Key West port city is very popular with tourists — they are attracted to:

In this case, the islands of the Florida Keys do not need to sail by boat or boat - you can get there by car: they are connected to the Florida Peninsula by a 205-kilometer highway. The car offers stunning views of the endless sea, palm trees, marinas and landscapes of coastal towns.

It’s not wonderful and unforgettable to be on the islands, driving a car through the sea. Yes, to overcome the legendary, record and marathon Seven-mile Florida bridge!

Company American Butler is waiting for your application!

Ask for excursions!
Send a request
Also read
Miccosukee Indian Village
In translation Read more
Morikami Museum
In translation Read more
Sunshine Skyway Bridge
Bob Graham Sunshine Skyway Bridge — the bridge in Florida is named after Bob Graham. It is designed for cars and laid across Tampa Bay. The total length of the structure is approximately… Read more
Bok Tower Gardens
In the central part of Florida is the small town of Lake Wales, known for its incredible beauty park. The park pleases the eye with gardens, a variety of fruit and flower plants. At the very heart of… Read more
Where to ski in the USA?
Читать еще
How does recycling work in USA
10 years in prison for dumping trash? Easily, if you threw the packaging from under the laundry detergent in the tank for food waste. More recently, Americans did not want to dig in the trash, but now… Читать еще
Ralph Lauren
Читать еще
Italian restaurants in Miami
Florida's best trattorias elevate the spiritual simplicity of the kitchen to unattainable heights and help visitors to appreciate the authentic flavors of the country's characteristic culinary regions.… Читать еще
Mission Trails
Mission Trails Park is San Diego's largest wildlife sanctuary and its pearl. There are about 600 different species of plants, including more than 300 varieties of wildflowers. Читать еще
Seven Mile Bridge 5 1 0 0
Sharing: