Museum of Journalism and News

The Journalism Museum in Washington is not just an exhibition space, but a real multi-storey complex, which will definitely not be bored.

The Journalism Museum or Newseum was originally located in Arlington, Virginia. It opened in 1997, but did not work long - after a couple of years, only the lazy museum did not boo. The main reason for criticism was just the location: many current journalists were indignant that their profession was pushed into such a distance. 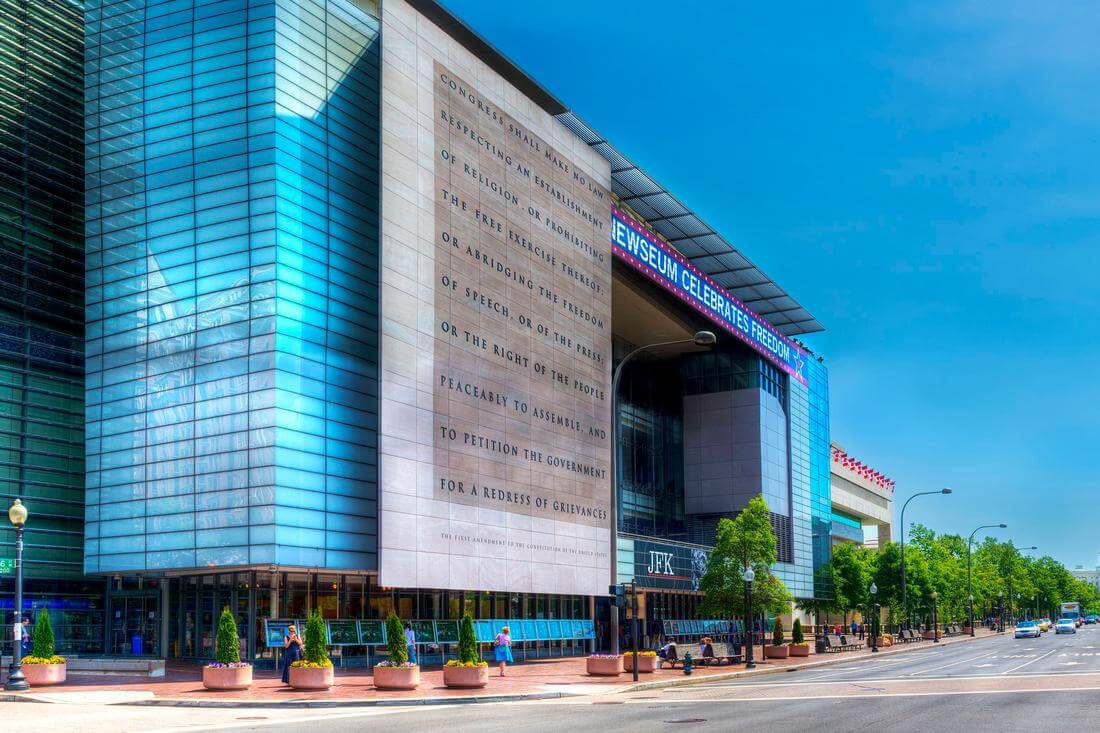 The last straw was the statement by publicist Thomas Frank that if the museum stands in its place, then we can assume that American journalism is in a state of a wounded animal - it found a quiet, dark corner to die. In 2002, the museum was closed.

For several years he was practically absent. But Newsum left to return - a new building opened in the US capital in 2008.

Transfer to Washington. In 2008, the museum experienced a rebirth. The specially rebuilt building was not pompous, but very functional and, so to speak, ideological.

On the facade of a completely standard glass-concrete seven-story building there is a huge marble insert with a quote from the Constitution, or rather, from the Bill of Rights of 1789. These are words that the Congress undertakes not to issue laws restricting freedom of the press, speech and freedom of action of the citizen as a whole. And there is a museum between the Capitol and the White House.

The glass facade is also present for a reason. He makes what is happening inside open to the eyes of passers-by. This transparency hints at the purpose and quality of journalism - absolute openness and honesty towards people, awareness of the importance of their work and sacrifice of their own interests for the benefit of society. This is also indicated by the obelisk, dedicated to the memory of journalists who died in the name of duty. Today, about 2500 names are carved on it.

Inside there are expositions on, attention, 75 thousand square meters. Ask what can be shown at the Museum of Journalism? Let's figure it out. 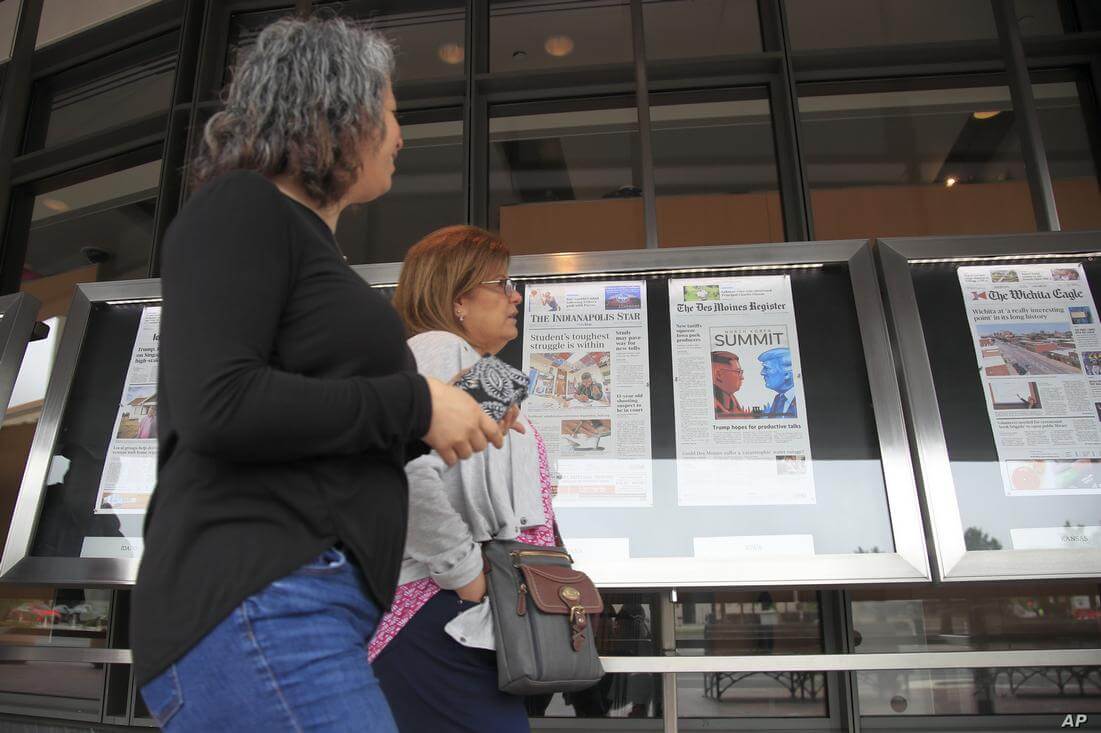 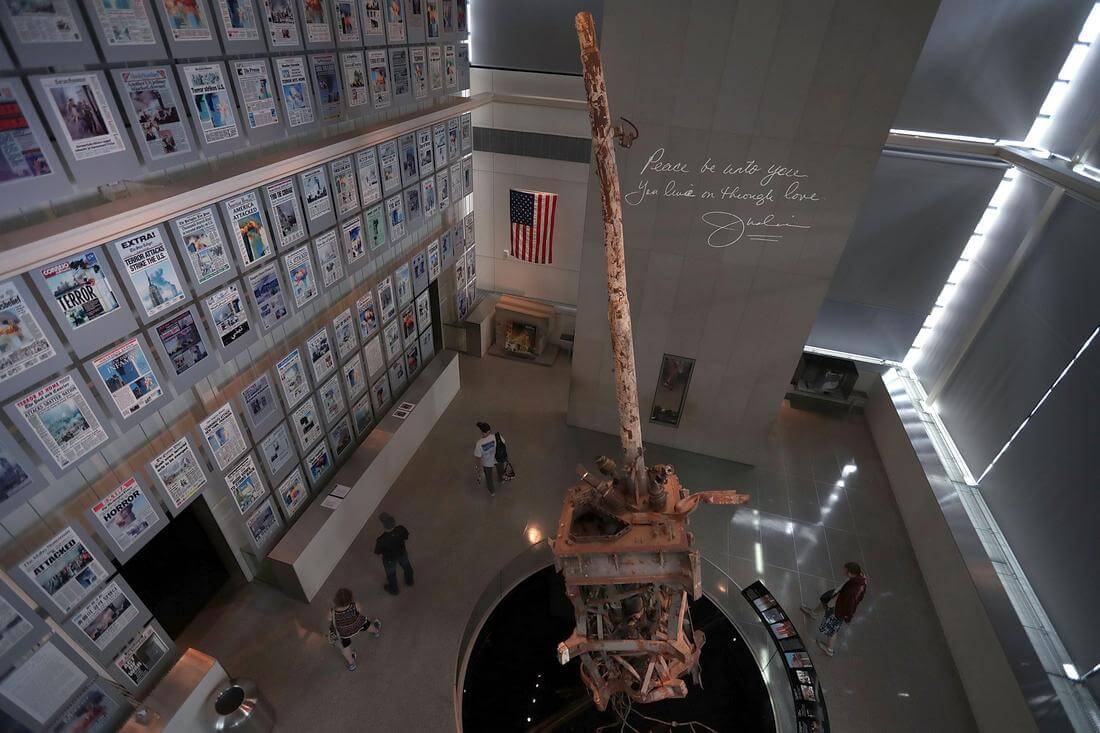 In fact, in Newzeum, they are not so much shown as given. Journalism is a conductor of information flows, the functioning of which is provided by millions of people. So at the studios of the NBC channel inside the museum you can try yourself in the role of a correspondent, reporter, presenter, cameraman or editor of television programs. The same goes for radio and print, from the typesetter to the “field” photographer.

A visitor can track the entire history of the development of communication channels, find out what it was like to work without the Internet, and where technologies are moving right now. Often people do not even realize how much this affects their life in its most diverse aspects.

And no, this does not end there. The museum features films about publications that have changed the world. A separate exposition is occupied by newspaper numbers with the most comical mistakes in history - for example, one of them collapsed the United States in words, and the other appointed Dewey as president instead of Truman. 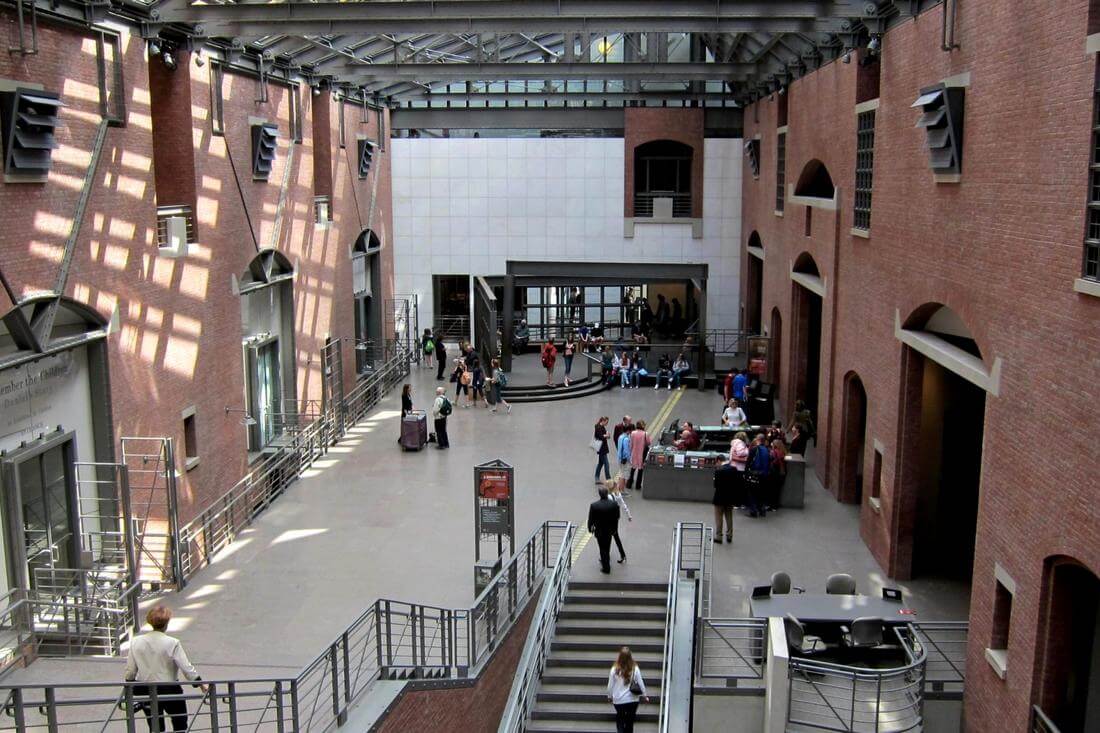 How to get there

The construction of a new building in Washington cost the country's budget $450 million, so the entrance to the Newseum Museum of Journalism, alas, is not free. For a standard ticket you need to give about $ 20, but several times a year open events are also held there. There are also discounts for schoolchildren and students.

But first, of course, you need to come to Washington. To make this visit as comfortable, bright and intense as possible, contact us at American Butler.

Our experts will draw up tourist routes around the cities of the USA, taking into account your interests and budget, so you will definitely remember the time spent with pleasure!
Send a request
Also read
Aerospace museum
National Air and Space Museum in Washington DC begins to surprise from the very first second – as soon as you see it, it will simply be impossible to go inside. Read more
Miami Beaches
Читать еще
How to rent a car in the USA
Gathered on a journey through the sunny states of the United States of America, but did not decide which means of transportation are more convenient? Thinking about car rental, but do not know where to… Читать еще
Mark Zuckerberg
Читать еще
Waterview restaurants in Miami
Do you want to enjoy lunch or dinner in one of the best restaurants in Miami, but a beautiful view of the sunset or the water is a very important criterion. Read our article about a dozen restaurants… Читать еще
Mission Trails
Mission Trails Park is San Diego's largest wildlife sanctuary and its pearl. There are about 600 different species of plants, including more than 300 varieties of wildflowers. Читать еще
Newseum 5 1 0 0
Sharing: