The Capitol is one of the most recognizable buildings in the United States. He flashes everywhere, from news to comedies. And the story he has is such that you can shoot a separate film based on. But first you need to figure out what kind of building it is, why it is needed and who lives in it.

What's inside the capitol and how it was built

First of all, this is the place of work of Congress - the main legislative body of the United States. It consists of the Senate and the House of Representatives, and this is already 535 people, not counting the rest of the administrative and support staff. So by and large, the Capitol is a huge hive, where the future of the country is decided. In addition, the Capitol is governed by Washington itself: the mayor is formally the mayor, but the Congress may govern municipal laws and oversee the executive power of the city. 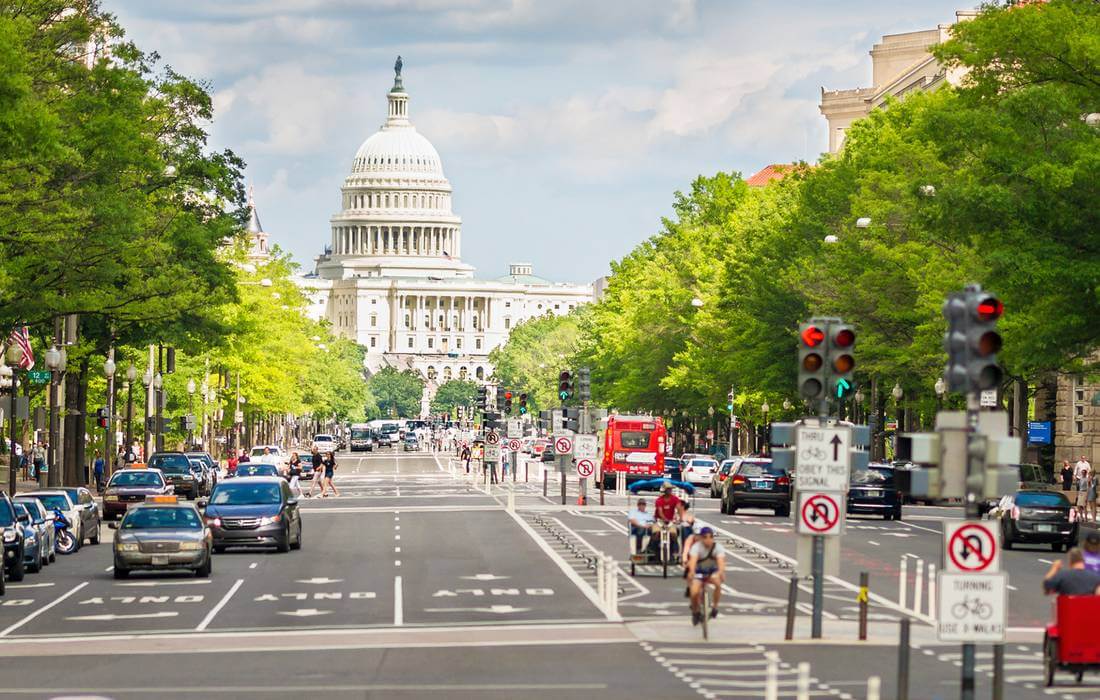 Think that's all? As if not so. In the Capitol is also a gallery with a collection of paintings and sculptures. It is located in the rotunda under the dome, where one of the best views of Washington opens. Although the building itself acts as a kind of gallery, only architectural.

And here begins the most interesting. So much time and people passed from the project to the realization that “House-2” never dreamed of.

In 1792, President George Washington announced a competition for the best project for a government building on a city hill — it was supposed to become a symbol of the firmness, wisdom and reliability of the new government. All the submitted projects were rejected, the competition was already about to end when the work of an unknown Scottish worker came. Everyone liked it so much that the author was declared the winner and was immediately instructed to begin construction with the personal blessing of Washington himself.

The doctor turned out to be an architect - William Thornton wanted to win so much that in a few weeks he learned the basics of skill and sent his own version. He became perhaps the first symbol of the embodiment of the American dream: he wanted, learned, achieved! But the fuse was not enough to continue. The laying of the foundation took three long years, the money flew into the pipe, and the delays with the materials turned out to be stronger than respect for the idea. Inexperienced Thornton was suspended from work. 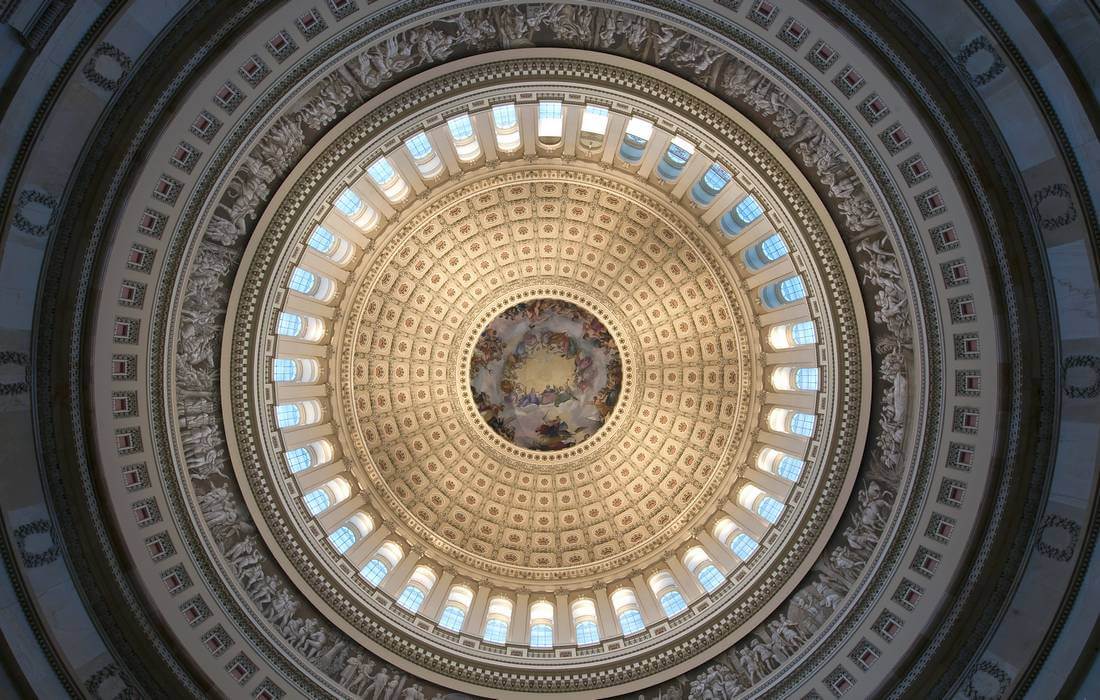 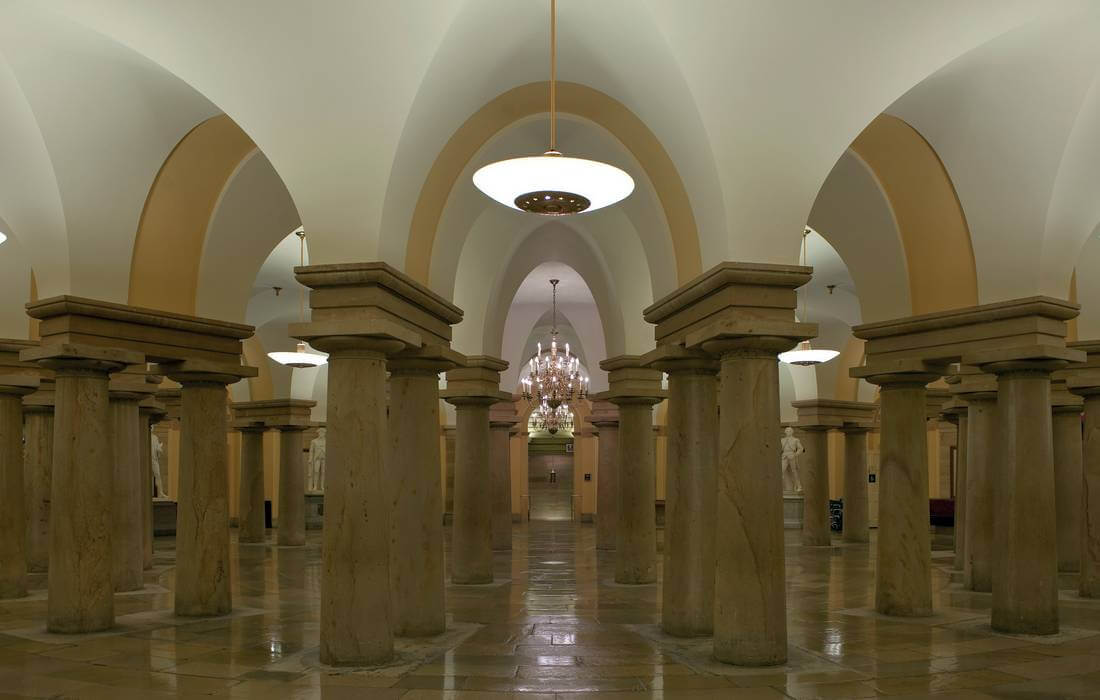 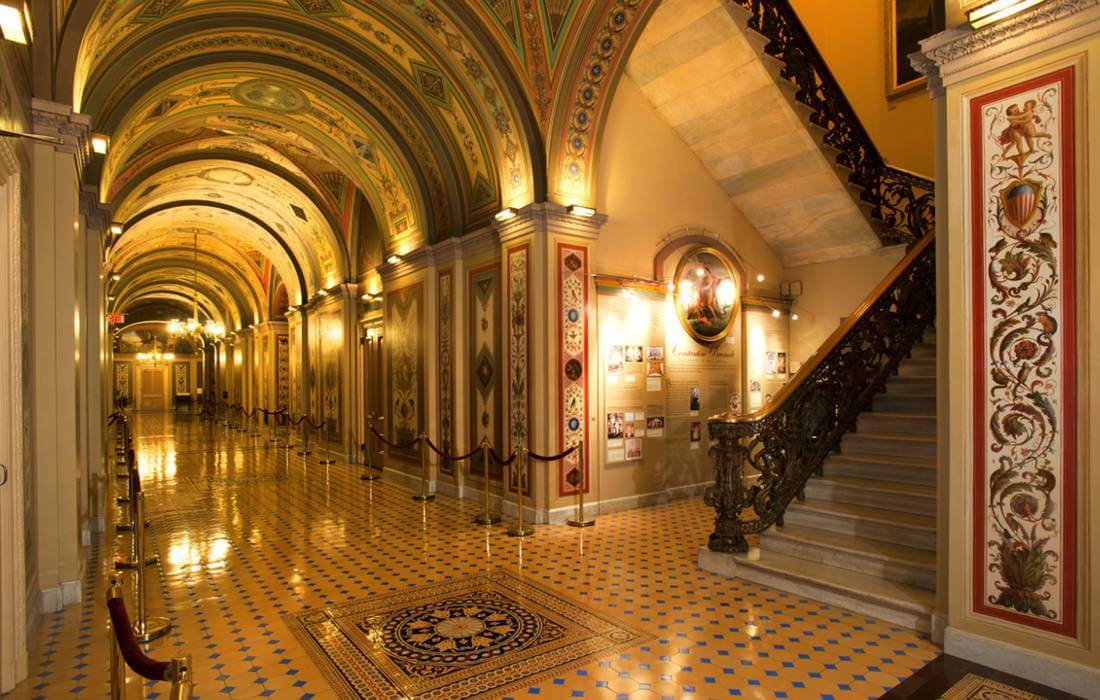 War and the British

His place was taken by the best at that time Philadelphia architect Henry Latrobe. He quickly took the process into his own hands: in 1800 the first meeting of the Congress was held in an unfinished but usable building.

And everything would be fine if it were not for the War of Independence. In 1814, the British burned half of Washington. And if the White House building was preserved at least partially, then the future Capitol burned to the ground. Latrobe experienced a real shock, seeing what his works turned into. But still took up the restoration. True, he could no longer control himself - trying to hide his own, as it seemed to him a failure, he let down a lot of money on unnecessary details of luxury. The post-war budget couldn’t withstand such a thing - Latrobe was removed from the project. 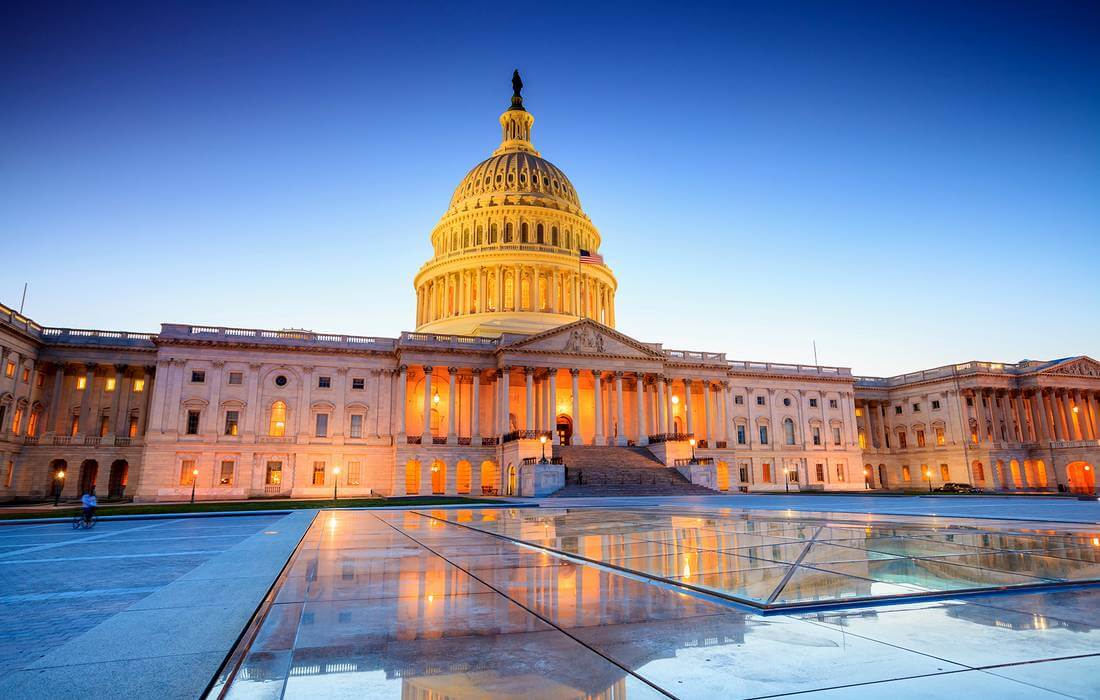 In 1818, President Monroe hires the construction of the Boston architect Charles Bulfinch. He was a tough practitioner and did not differ in his love for decorative excesses - in a matter of weeks he redid all the projects of his predecessors and began to rebuild everything anew. Bulfinch fit in record time and small budgets - the entire central part of the Capitol cost him only $12,000.

By 1827, the building was completely completed, another ten years later, there were garbage disposal, sewage and electricity. Still later, the library, but she did not live long, having died in a fire. Now a similar Library of Congress is located directly opposite the Capitol.

After 30 years, the building was decided to expand due to the extension of additional wings. And so that it still gained the missing gloss, it is also necessary to replace the original dome above the rotunda with a new one. It was cast from cast iron, and its prototype served as the dome of St. Isaac's Cathedral in St. Petersburg. The only difference is in the form and in the Statue of Liberty standing on the Capitol dome (not to be confused with the New York!). The capitals of the columns were also decorated: instead of the traditional Roman motifs with Italian plants, local leaves were placed there - tobacco leaves and corn cobs.

Now that the formal building of the Congress has acquired the features of a real legend, it’s not a sin to see it live. Specialists from American Butler will help with a tour not only of the Capitol, but of the entire Washington. Yes, that really there - all the states!

Leave questions and requests in the form below, and we will be happy to answer at any time convenient to you.
Send a request
Also read
Washington Monument
The Washington Monument is puzzling to many - it looks much more modest than it sounds. Read more
Pentagon
Pentagon - even sounds ominous, right? In fact, everything is a little easier than we think. We invite you to learn the most important thing about the Pentagon - what it is all about and if everything… Read more
National Mall
The National Alley seems like a place for strung exponential patriotism. But it is not so. This place olitsitvayuet United States of America and reveals all the advantages and strength of the state. This… Read more
Alexandria
Alexandria is a bit of a suburb of Washington. And this is the most comfortable place that you just saw. This is a beautiful and quiet place for family walks and measured, unhurried American life. Read more
Holidays in Miami
Читать еще
Buy car in the USA
Читать еще
Kurt Cobain and Nirvana
Читать еще
Who invented the hot dog
Читать еще
Hoover Dam
Hoover Dam is one of the highest dams in the world, and at the same time a powerful hydroelectric power station. Tourists and residents come here to see the incredible scale of construction, go boating,… Читать еще
Craft Contemporary
Craft Contemporary is a building with more than half a century of history, a gallery of folk art. Since Los Angeles has become an important international art center, the Museum of Crafts and Folk Art… Читать еще
United States Capitol 5 1 0 0
Sharing: