White House - the main building of the United States

The White House is one of America’s most famous buildings. Everyone just saw him in the news, but there he is boring and far away, and here we have - interesting and accessible. 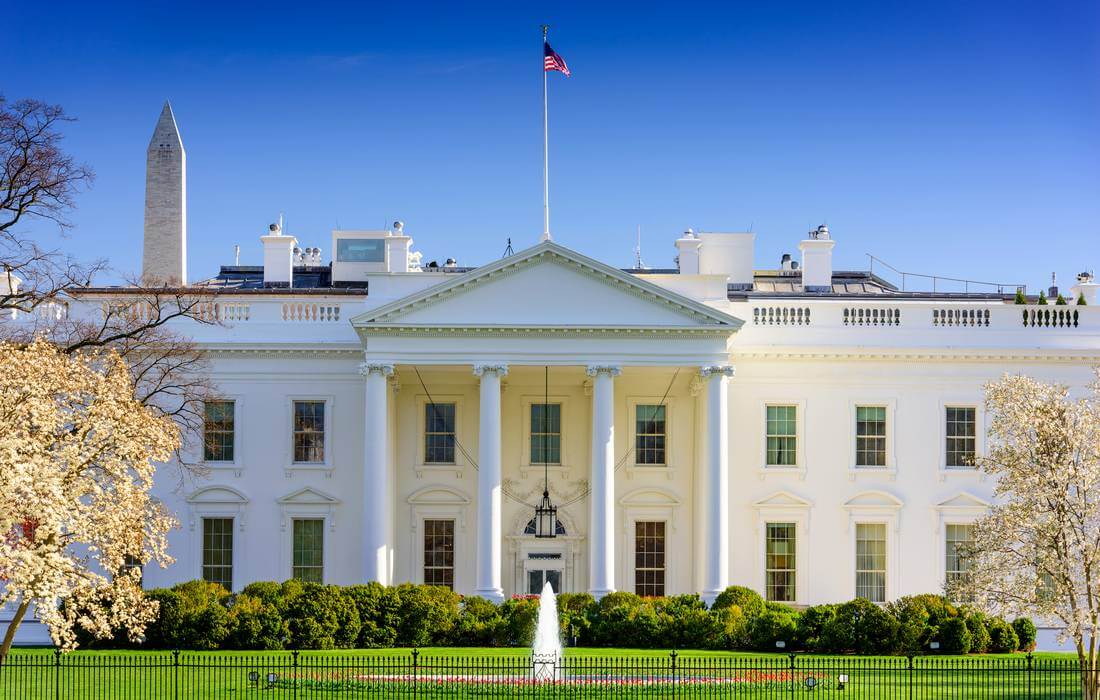 What is happening there and who lives

In short, the US president lives and works. But only acting.

In general, the White House is a full-fledged residence. There are both living rooms and reception halls, a small emergency headquarters and other premises necessary for the head of state. And also a full-fledged museum and the famous "colored" rooms: Blue, Green, Red and East.

In total there are 6 floors , two of which lie underground. The mansion is surrounded by a park that Michelle Obama made famous - during the presidency of her husband, in this park, sports training and vegetable planting were often held with schoolchildren. So the first lady paid the attention of society and especially children to the importance of maintaining a healthy lifestyle.

And before the territory around the spouses engaged presidents. So for the beautiful gardens is to thank the wives of Woodrow Wilson and John Kennedy.

Melanya Trump hasn't said anything like that yet, but as they say, I want to believe. And as we see it today, the White House was not always.

The building has really gone through a lot. The White House in the United States is an important asset of the country, which is highly esteemed by the Americans. In order to understand why, you just need to visit nearby. 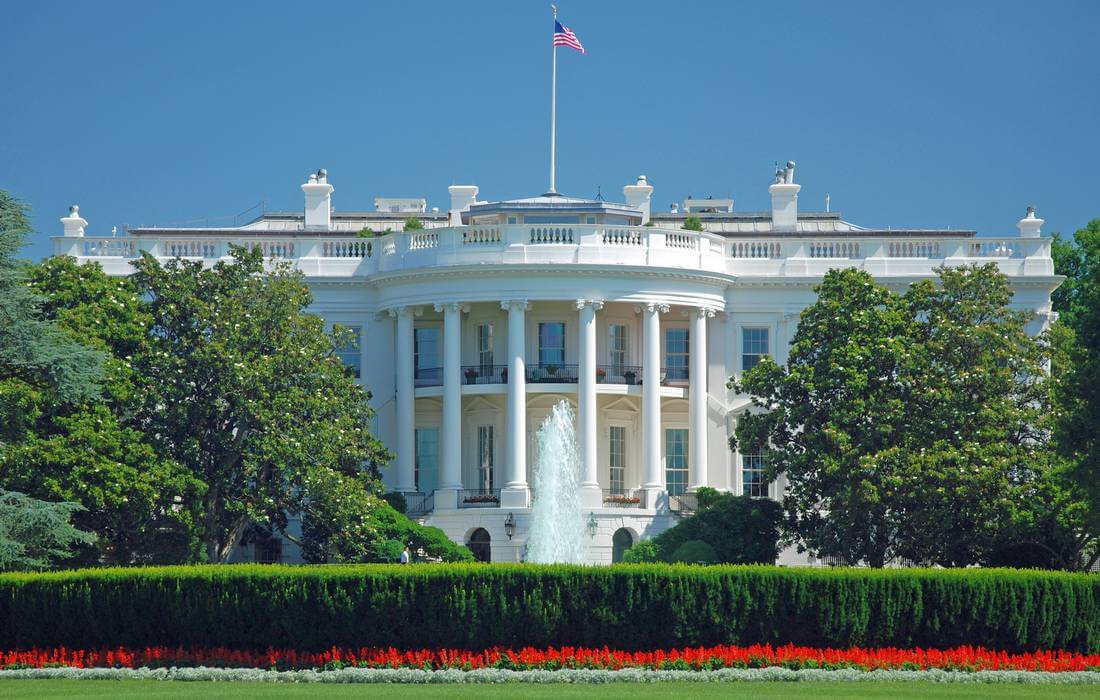 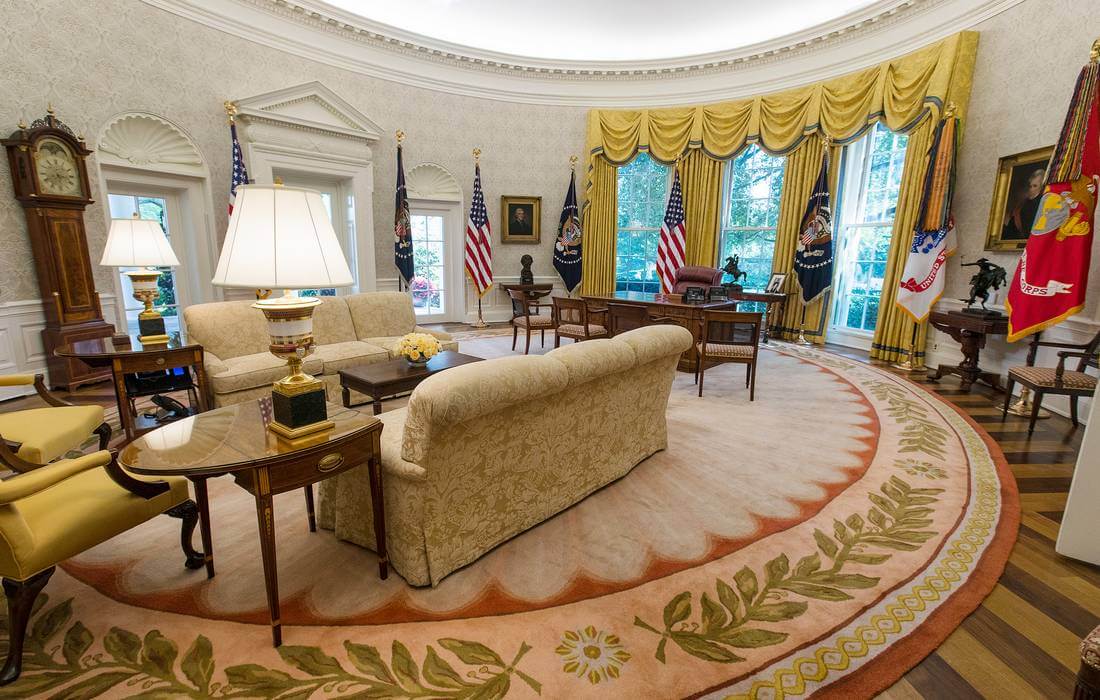 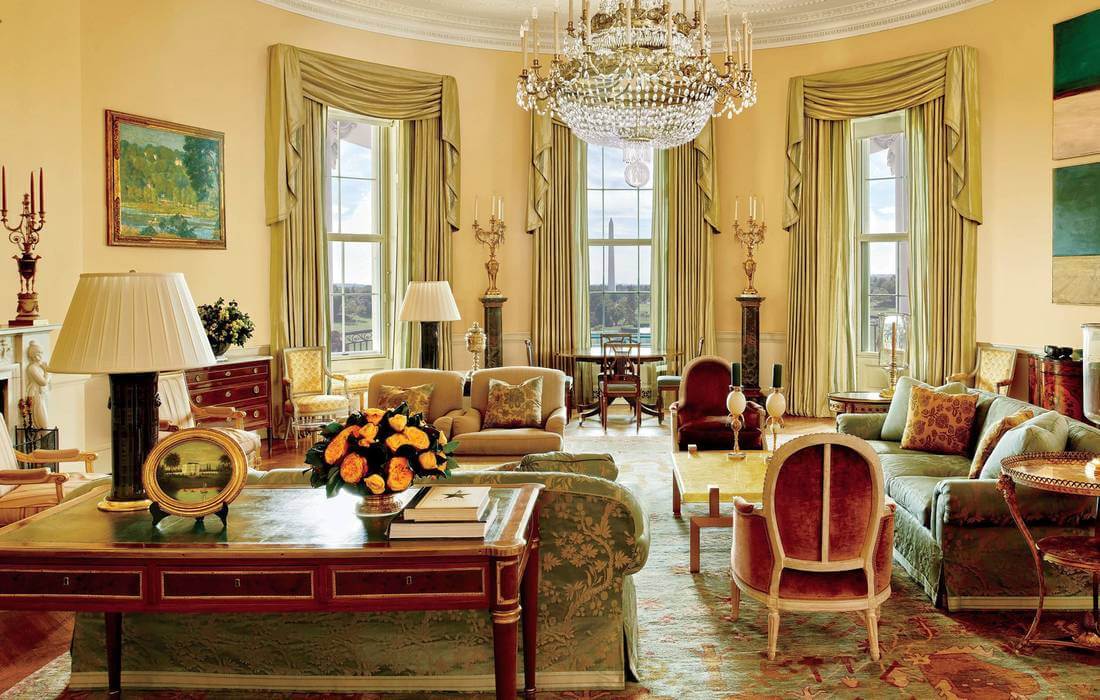 How did you change

The residence project was approved, as it should be, by the first president of the USA, George Washington. The construction cost almost $3 million - by today's standards, about $35 million. But Washington didn’t live to see the opening. The first residents of the White House were the second presidential couple, John Adams and his wife Abigail - they solemnly drove there on November 1, 1800.

Since then, the White House has grown at times. For example, the famous Oval Office of the President appeared in the building only 109 years after construction. Changes to the design and facade took place until 1924. But the purpose and location of the rooms with the interior vary to this day.

And if the changes by Jacqueline Kennedy can still be called expedient (she diligently returned to the White House the historical furniture and textiles that the previous "owners" had thrown away), then some other inhabitants were clearly odd. So Roosevelt ordered to build a pool inside, Nixon - bowling, Carter - solar panels on the roof (they were later removed by order of Reagan), and Truman generally demolished everything he could. No wonder that the local staff was a little afraid of Trump's initiative in advance.

Now the building has 132 rooms and 32 bathrooms. And there are only 3 elevators: the stairs were and remain one of the White House counters. However, he did not immediately become White.

Why is White the house?

Say it is obvious? But no, the path to this name took a whole hundred years.

The building was really white even when it was built: it was faced with light Virginia sandstone and covered with lead and lime. 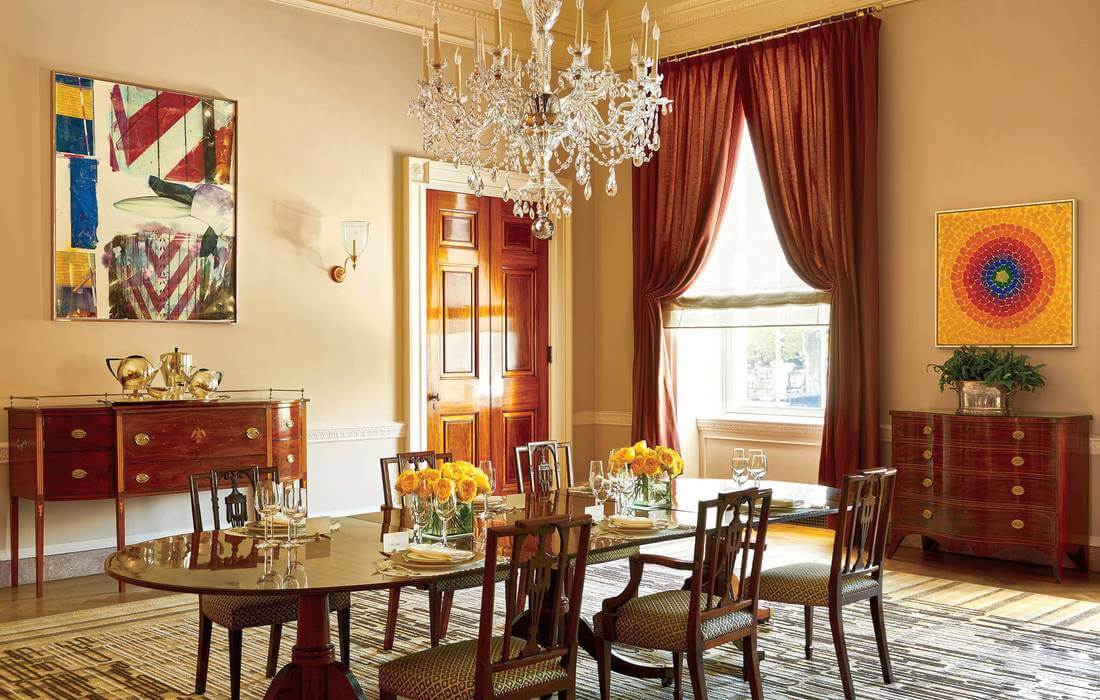 In 1814, during the war, the British burned the building. Only the thunderstorm which had passed then prevented him from burning to the ground. The mansion had to be long and carefully restored. It was difficult to restore or reconstruct the original white facing, so the new one was simply painted white, according to the old memory. But this did not help the title to gain a foothold.

The White House became officially so called only in 1901 - a century after its construction. Why then - history is silent. But there are versions that it is connected with politics: they say, so the Americans after heaps of wars, slavery and other historical collapses are trying to show the purity and lofty ideals of the authorities. Anyway, now to call the White House somehow otherwise became simply unacceptable.

By the way, getting inside the White House is quite realistic. Of course, all the premises will not show you - yet no one has canceled the right to privacy of the presidential family. But to get acquainted with the museum and reception rooms can be easily. And yes, there is something to look at.

Specialists of the American Butler company will help to organize such an excursion. And of course they will tell you where else to go in Washington.

Leave the application in the form below, and we will contact you in any convenient way!
Send a request
Also read
United States Capitol
The Capitol is one of the most recognizable buildings in the United States. He flashes everywhere, from news to comedies. And the story he has is such that you can shoot a separate film based on. But… Read more
Washington Monument
The Washington Monument is puzzling to many - it looks much more modest than it sounds. Read more
Pentagon
Pentagon - even sounds ominous, right? In fact, everything is a little easier than we think. We invite you to learn the most important thing about the Pentagon - what it is all about and if everything… Read more
National Mall
The National Alley seems like a place for strung exponential patriotism. But it is not so. This place olitsitvayuet United States of America and reveals all the advantages and strength of the state. This… Read more
Where to ski in the USA?
Читать еще
How to get a mortgage in the US
Planning to buy property in the US, but you do not have enough money to buy a long-awaited home? You can ask for a mortgage loan in one of the US banks. In order to know all the conditions and rates,… Читать еще
Ralph Lauren
Читать еще
Italian restaurants in Miami
Florida's best trattorias elevate the spiritual simplicity of the kitchen to unattainable heights and help visitors to appreciate the authentic flavors of the country's characteristic culinary regions.… Читать еще
Hoover Dam
Hoover Dam is one of the highest dams in the world, and at the same time a powerful hydroelectric power station. Tourists and residents come here to see the incredible scale of construction, go boating,… Читать еще
Craft Contemporary
Craft Contemporary is a building with more than half a century of history, a gallery of folk art. Since Los Angeles has become an important international art center, the Museum of Crafts and Folk Art… Читать еще
The White House 5 1 0 0
Sharing: