The Library of Congress

The Library of Congress looks more like a palace. So, it is the palace. And also the largest library in the world and a unique collection working for the well-being of an entire nation. 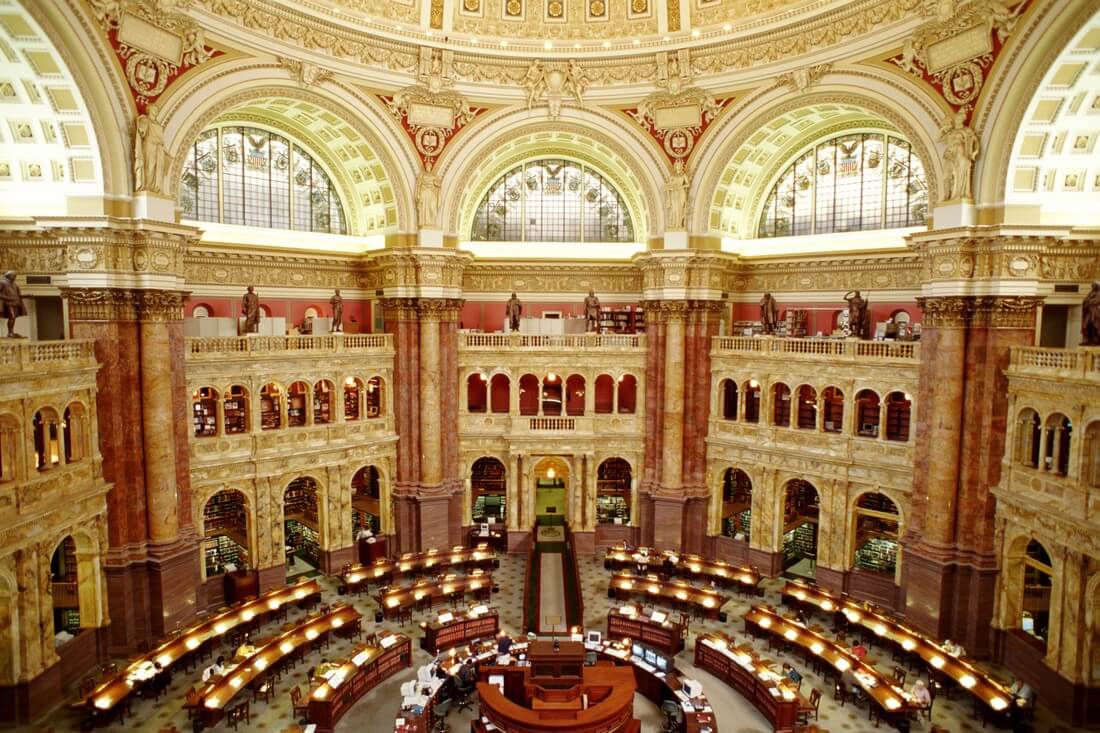 History and infrastructure of the library

Initially, the library was located in the Capitol building itself - it opened with it in 1800. Only the president, members of the Senate and Congress could use it. Most were books from the personal collection of Thomas Jefferson, the third president and one of the founding fathers of the United States.

Later, during the War of Independence, the British set fires - both the White House and the Capitol were almost destroyed. The priceless books burned with them. It was decided to separate and expand the library, putting the new building directly opposite - now from the Capitol to the building of the new Library of Congress you can go through the underground gallery.

Physically, The Library of Congress consists of three separate buildings connected by underpasses. The main building is named after Jefferson - it is seen by visitors coming from Independence Avenue. It opened in 1897, giving rise to a new history of the main US library.

The Library of Congress Building in Washington contains 18 reading rooms, while almost 1,500 people can attend classes there. Although the main activity is servicing state institutions, scientific colleges, schools, universities and private companies.

The Library of Congress has a huge network of representative offices (even in Moscow) and electronic resources. Almost every book, newspaper or magazine has a digital copy that can be found on the official website. Nevertheless, every year the library issues a bibliographic catalog of publications. In 610 volumes. 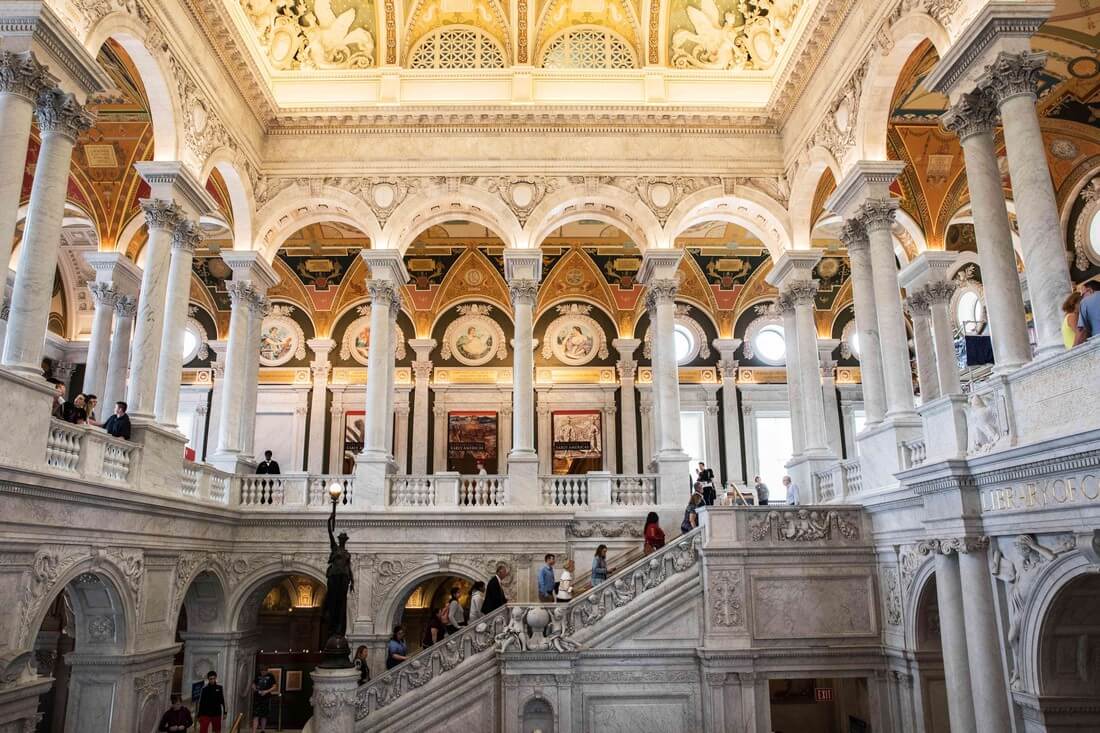 Since 1870, a copy of every book published in the United States falls into the collection of the Library of Congress. Almost all copies of printed periodicals are also collected. Therefore, there is literally everything about everything. The collection is annually replenished by a couple of million units. Today it is already more than 142 million copies: books, newspapers, magazines, films, audio recordings, maps and manuscripts.

The Library of Congress presents several prizes at once. And if the Kluge Prize for achievements in the humanities and social sciences is still an expected story, that is, one well, very unusual.

Since 2007, The Library of Congress has been annually presenting an award for its contribution to the development of pop music. The director of the library, James Billington, considered that it was popular music that had a beneficial effect on society, and politicians supported the initiative. So the library management also decided to attract attention, modernize and humanize the monumental institution. Of course, they follow this event less than the Grammys, but the goal is achieved - the youth expressed respect to the library. At different times, the award was received by Stevie Wonder, Billy Joel, Tony Bennett.

The Library of Congress, like many of Washington's buildings, only seems too prim and stern. In fact, the system functions very, as they say, friendly. The combination of such historical officialdom and interest in the present is possible only here.

Seeing it all live is a lot easier than it sounds. Specialists at American Butler will show you how to get to the library.

And also turn to the Capitol, the Lincoln Memorial and many other sights of Washington.
Send a request