San Diego Zoo is one of the most visited zoos in the United States, home to about 4,000 rare animals representing 600 different species. Beyond the scale, the zoo is known for its successful endangered animal breeding projects. About 4 million people visit the San Diego Zoo every year.

Why is the San Diego Zoo interesting? 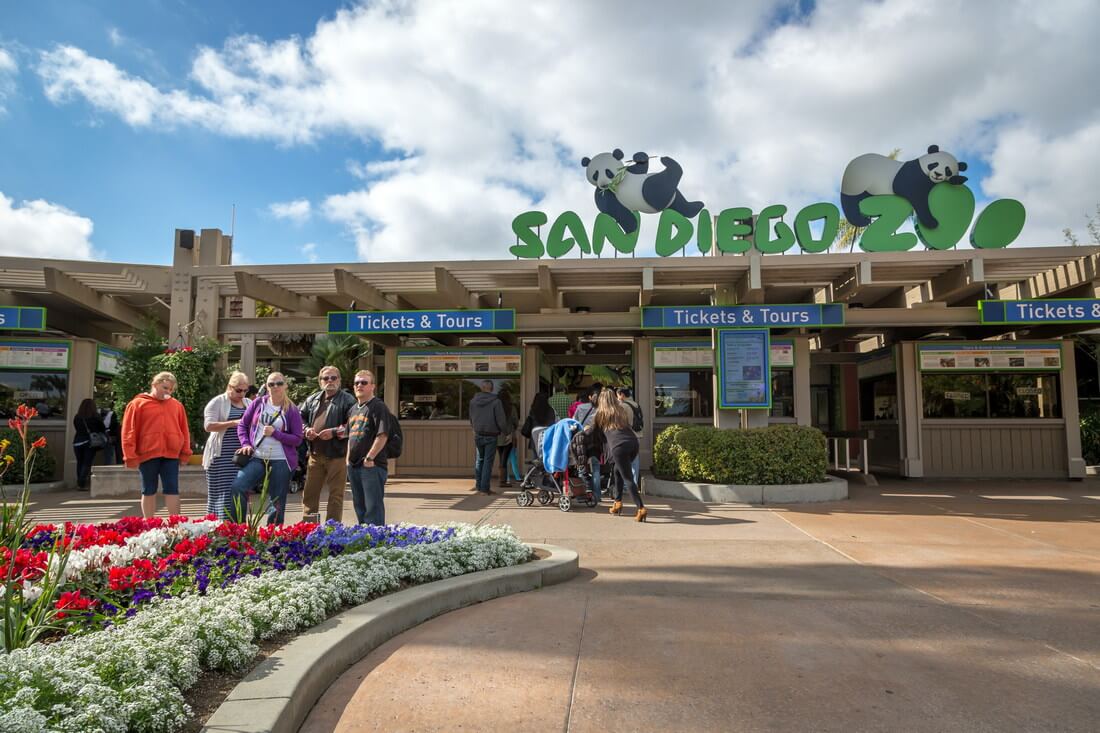 The San Diego Zoo covers an area of 100 acres (about 400,000 square meters) in Balboa City Park and contains one of the largest collections of endangered animals, birds and reptiles.

Landscaping is a notable feature of the park. More than 6,500 species of exotic plants are kept on the territory of the reserve, being an element of the natural diet for various species of animals.

The zoo is famous for its koala breeding colony, the largest outside Australia. Gorillas and chimpanzees, tigers, giraffes, hippos, turtles and many other animals are also successfully bred here. Enjoy walking rainforests, a polar bear habitat with a chilled pool, a river with tigers and Malay bears in an artificial environment.

The park's main attractions include an exhibit of endangered North American species, including the California condor and black-footed ferrets, an African giraffe and rhino safari, and a monorail ride through various African habitats. You can also see rare animals in the park — the Arabian oryx, the Addax and the Przewalski's horse. 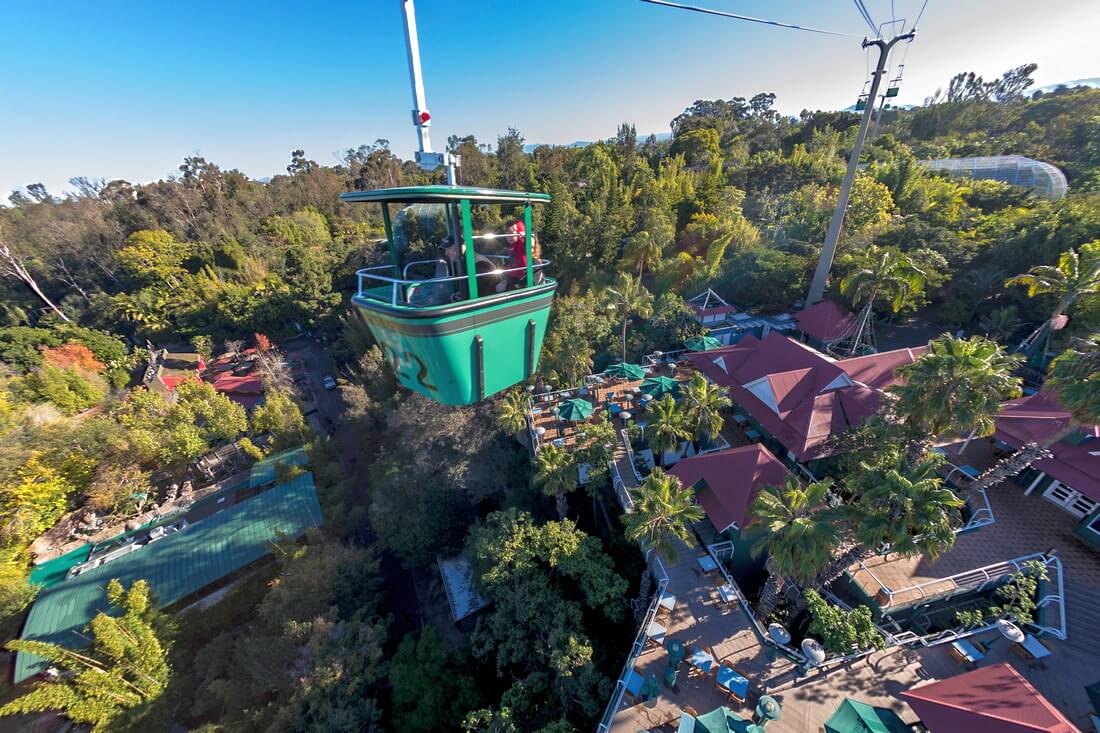 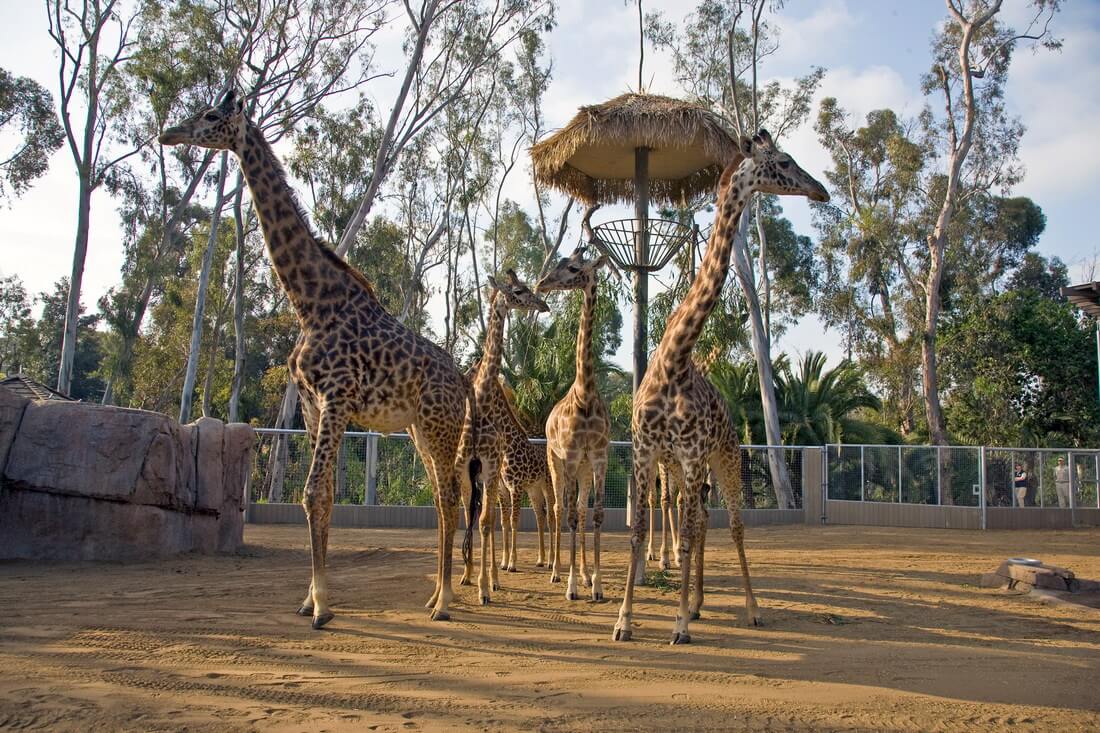 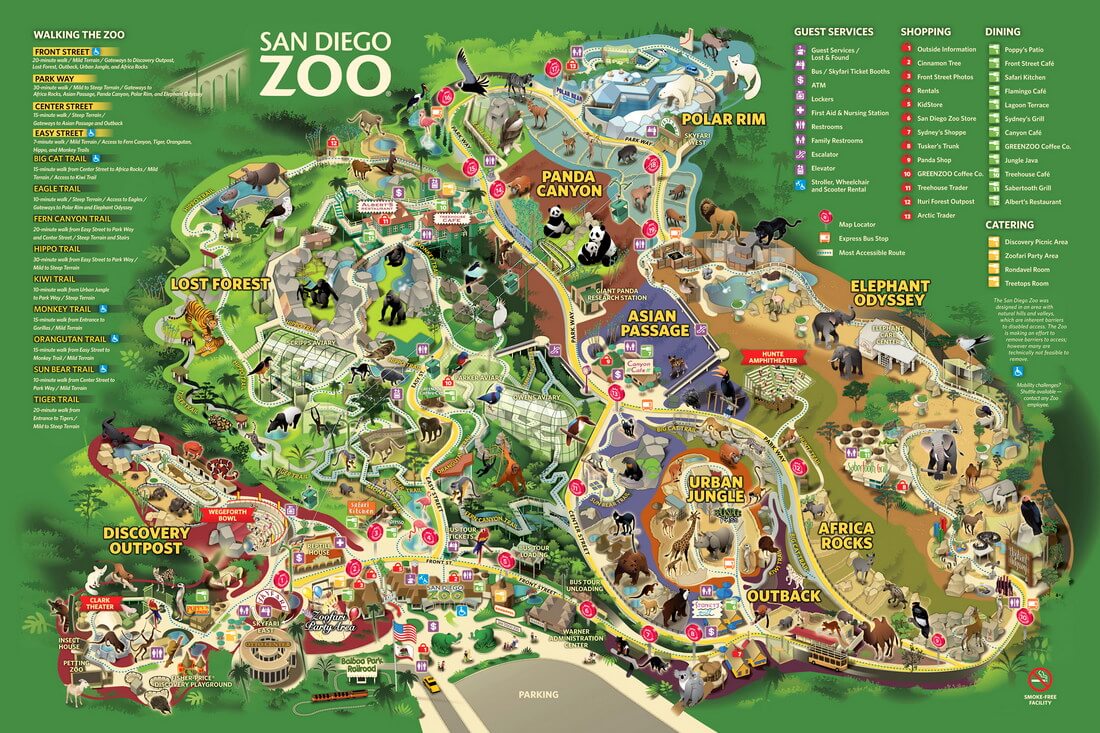 World famous, the San Diego Zoo was born with an incredible idea. On September 16, 1916, local physician Harry Vigefort and his brother Paul drove past Balboa Park and heard a lion's roar. Harry turned to his brother and joked: “It would be great if there was a zoo in San Diego! You know, I think this should be done. " 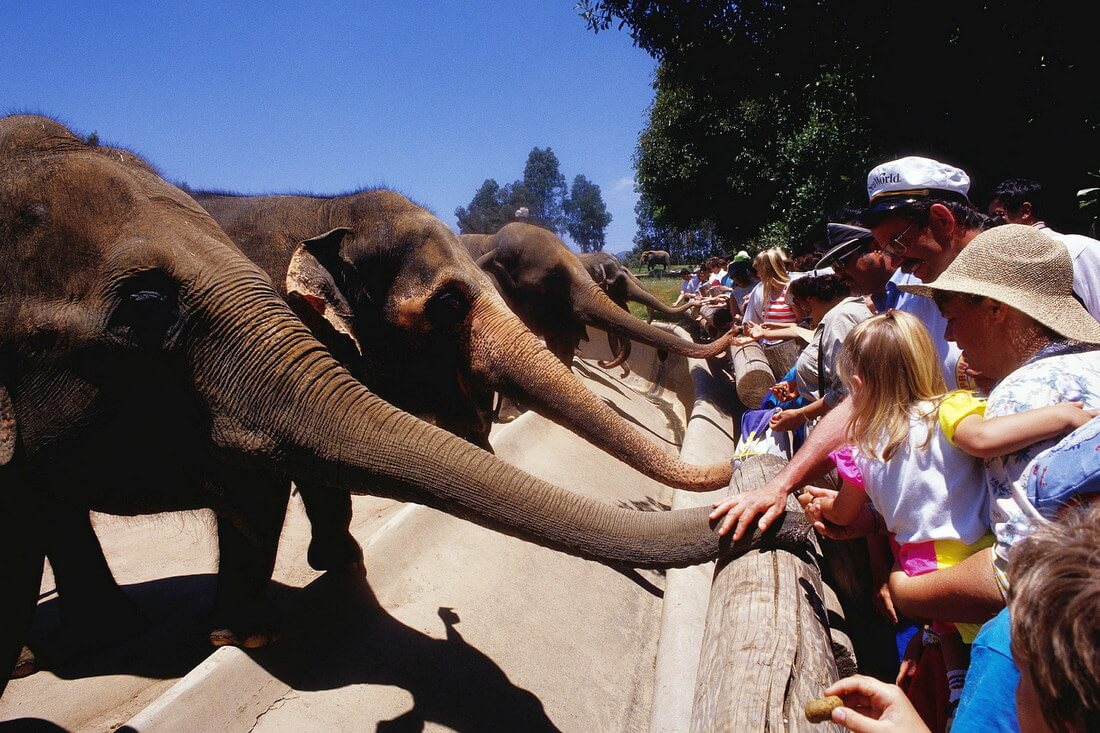 Harry put together a team and created the San Diego Zoological Society. When the Panama-California Show ended, the city began to look after the animals. This was an extra expense for the officials, so when Harry asked if he could take the animals for his zoo, the officials didn't mind.

Among the animals were wolves, coyotes, bears, monkeys, lions, as well as bison, elk and deer. The first addition to the zoo was a brown bear named Caesar. He was then only a year old. When the fleet dropped Caesar off the port, Dr. Thompson put him in the front seat of the car.

In 1917, Harry began raising money to support the zoo. He was helped by philanthropist Ellen Scripps, who donated $9,000 to build fences. Upon completion in 1923, the zoo set a 10 cents admission fee. Ellen also contributed money to build an enclosure for shorebirds.

The San Diego Zoo drew attention to the whole world in 1925, when Australia donated koalas, which were first brought to the United States. Today it is already the largest koala colony outside Australia.

Enjoy a 35-minute sightseeing tour on a double-decker bus. A guided tour is included with all entrance fees. Ticket reservations are required. A tour for groups of 20 people or more is also available, but first you need to notify the park management.

Take a self-guided tour of the San Diego Zoo's scenic gardens and plant collections at any time of your choice using the Botanical Tour brochures. Find your route with the zoo map, learn more about endangered plants.

Ride this cable car over the treetops and enjoy the breathtaking views, animals and plants.

Soak up the power of nature with American Butler's San Diego Zoo Tour.
Send a request