High Line Park appeared recently, but has already conquered the whole world with its crude industrial beauty. How could he be so different? Yes, see for yourself! 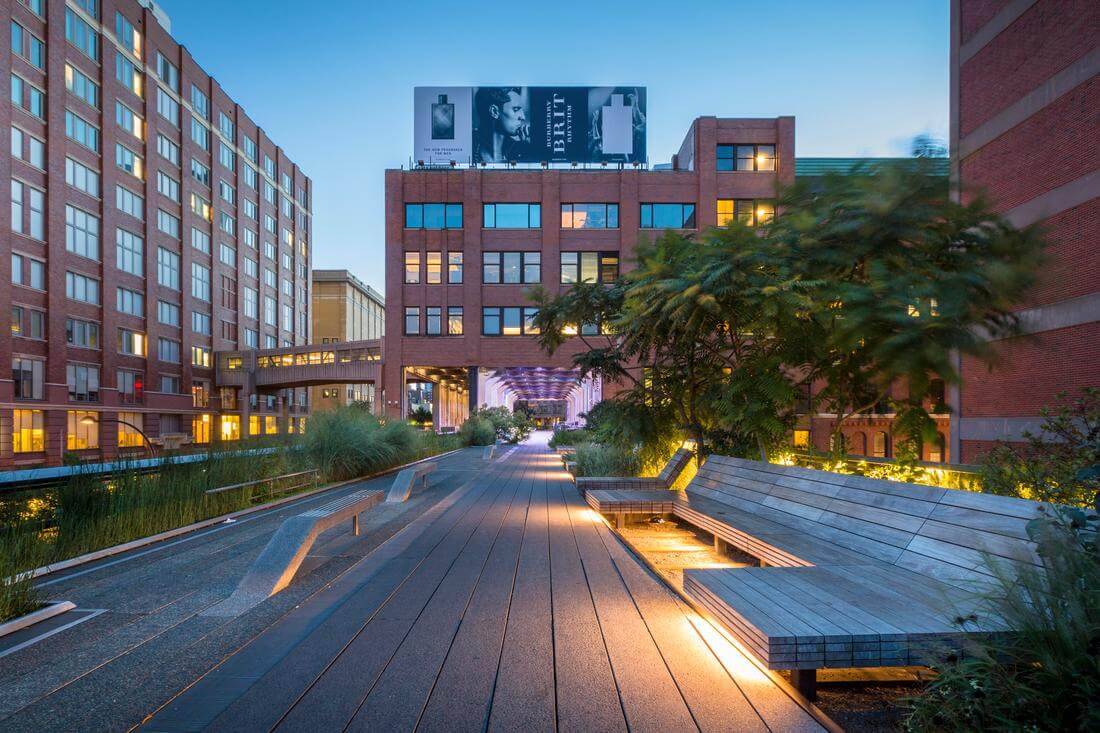 History: park instead of devastation

A couple of decades ago, no park was in place on the site of today's High Line. There, at the junction of the industrial areas of Chelsea and Meatpacking, there was an elevated railway line. 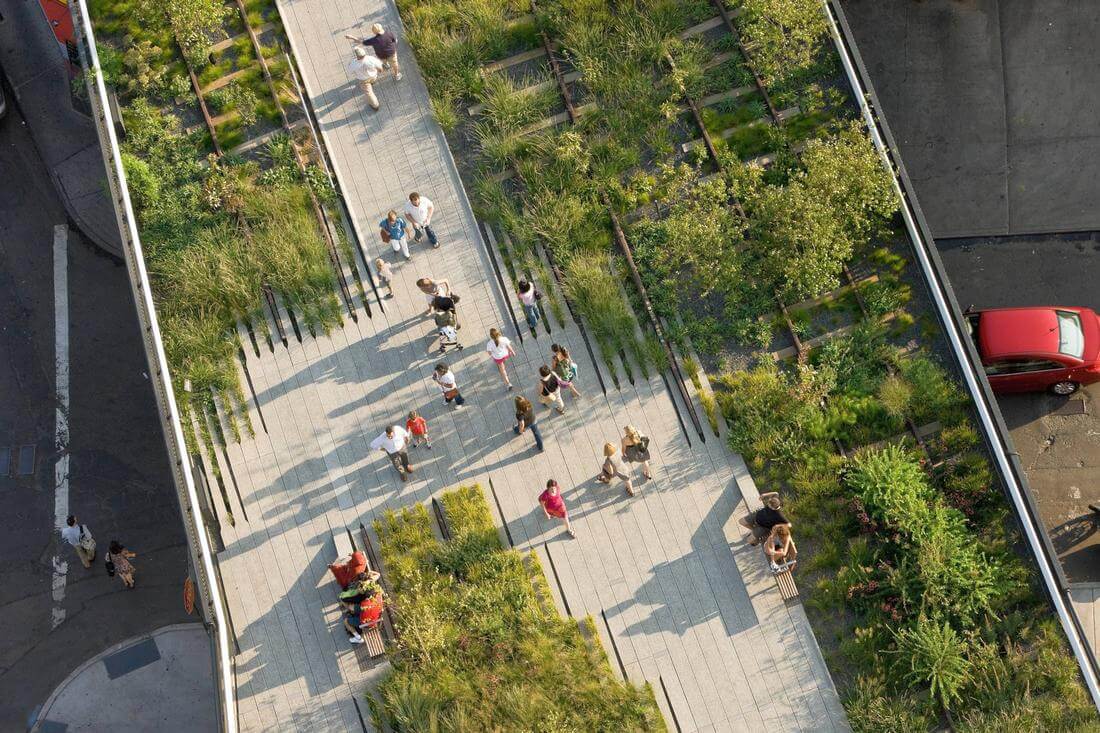 It looped between buildings, and sometimes passed through them, making the already ambiguous areas with slaughterhouses and warehouses completely unsightly for living.

Back in the 1950s and 1960s, railroad traffic in America was losing its influence: transport companies were ruined, railway stations and stations were demolished. This reached the line we know - it was closed and abandoned. Marginal life blossomed under the overpass. Homeless, criminals, drug addicts, priestesses of love and its other representatives began to settle around, and it did not carry anything good for the city.

Closer to the 90s, the question arose - either the road is dismantled, and the flyover is demolished, or the areas will drown in crime. If possible, people left housing near the flyover. Urban legends began to appear about maniacs and serial killers wielding nearby. An old piece of railroad poisoned the life of a whole generation of citizens.

Then there was an architectural bureau that stood up for the building. It was proposed to set up a park on the site of the old elevator - this way it will be possible to save the unique landscape of the industrial area, to elevate the territory, and return people to the streets. The government supported the initiative and allocated as much as $50 million for the construction.

The park was created from 2006 to 2009: in just 3 years, the dysfunctional ghetto in Lower Manhattan has turned into one of the best and most progressive areas of New York. 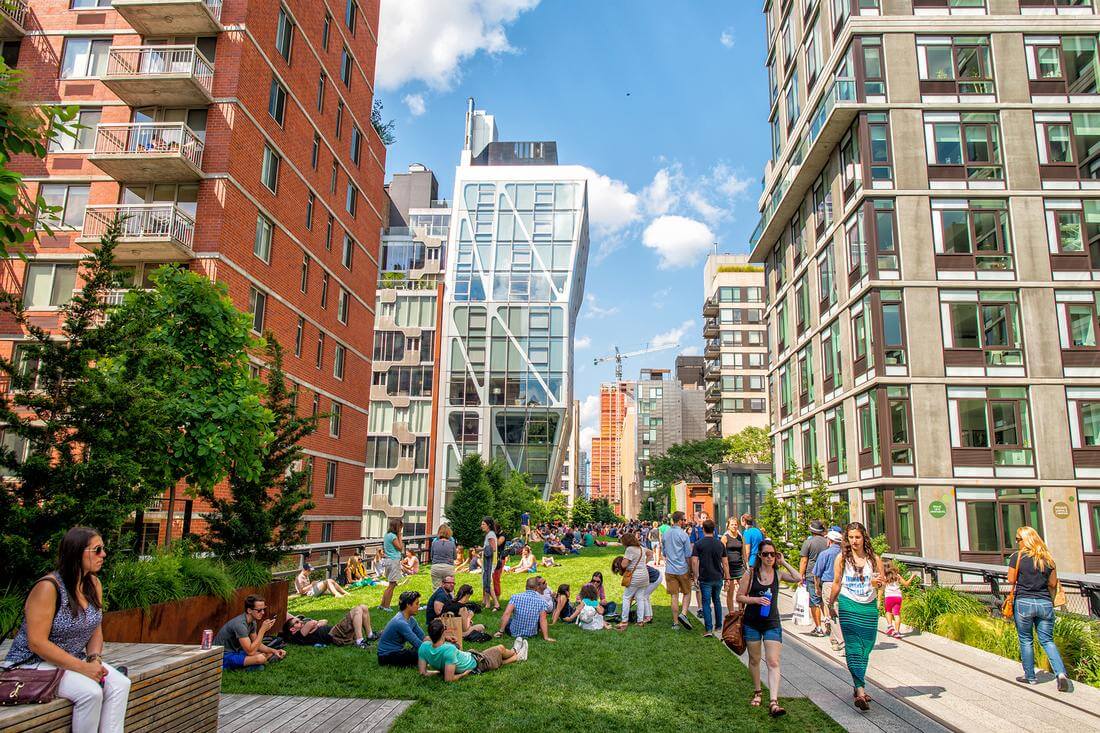 The project of the park assumed a kind of green loft in the middle of the city - plants that grew by themselves, it was decided to save and take as a basis. Artificial plantations make up less than 40% of all green vegetation. No lickiness - “wild” greens, stone, wood, concrete and metal. 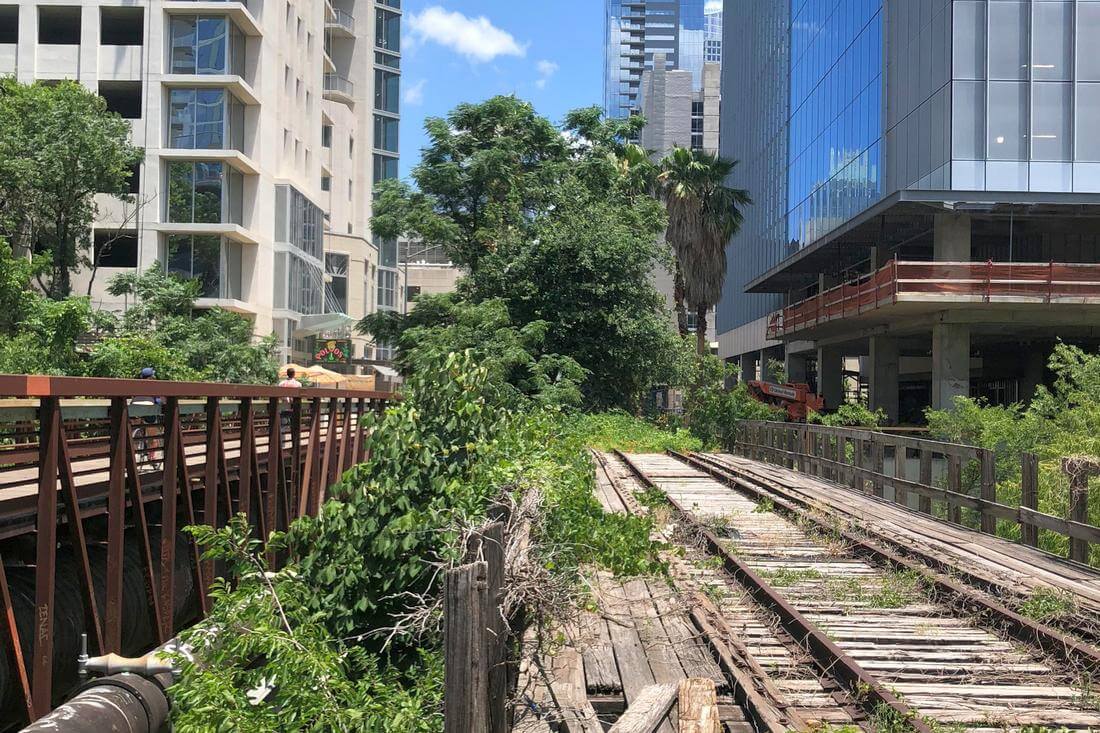 Even the old rails are completely preserved, their rusted lines almost completely overlap the grass and shrubs. Industrial romance as it is.

In fact, the entire park is one big path along abandoned paths. Architects only restored and strengthened the construction of the flyover. There are running strips, amphitheaters, recreation areas, small workout areas on it. Monochrome graffiti is generously scattered on the adjacent walls.

The park is woven into the urban landscape and creates a special atmosphere. With its advent, the cost of housing around has increased, the creative contingent has filled the areas, and people have a beautiful and even fashionable place to relax. Musical evenings, performances and exhibitions of avant-garde artists are regularly held there.

Even the dreamy youth could fall in love with The High Line - this is one of the best places to watch the stars to the sound of the Hudson waves.

If in the USA there is a monument to economic and cultural growth, then this is Highline Park. This is a great example for the whole world: just one solution can change a lot. What rotted and hindered yesterday, today can become the face of the city and an outlet for thousands of people. And walk along the High Line, if you are in New York, it is necessary.

We will guide you not only through the park, but also through the most interesting areas of Manhattan.

Leave a request with us at American Butler and we will find you a hundred reasons to fall in love with New York.
Send a request