Central Park is an oasis of life in the middle of the metropolis and one of the favorite places of New Yorkers. If you have not seen Central Park, then consider that you went to New York in vain. Because it is much more than grass, trees and bushes. 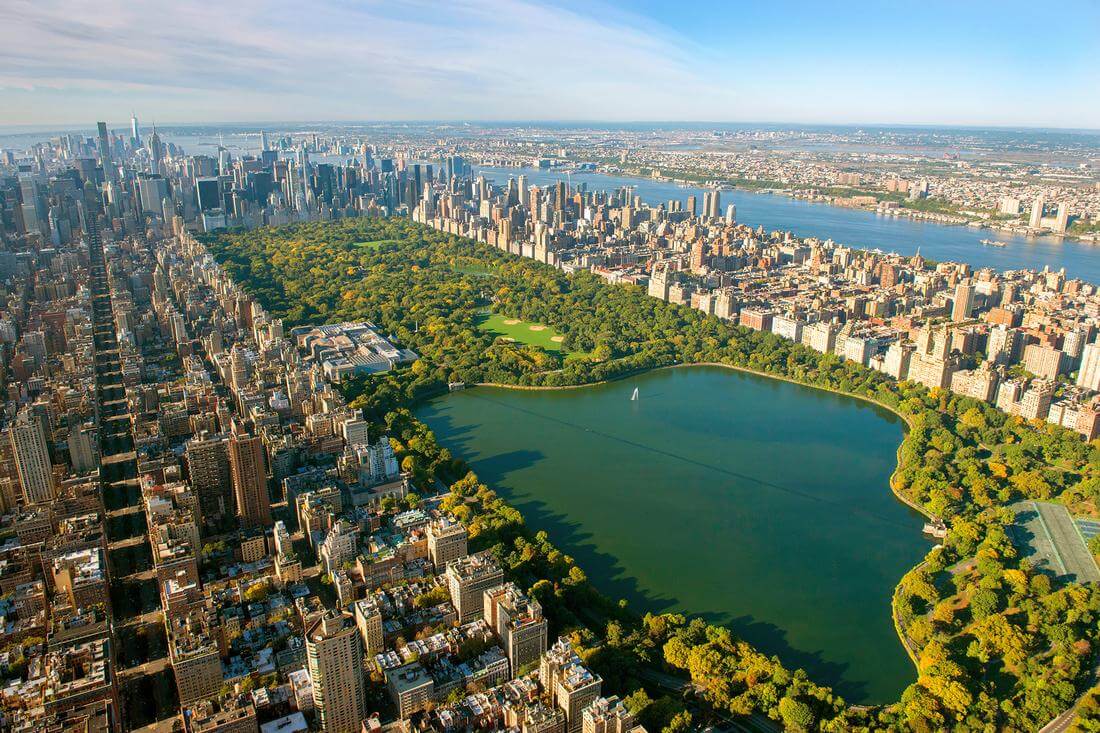 It should be said right away that New York Central Park is neither the largest, nor the oldest, nor the most beautiful (according to the opinion of its creators and many citizens). But this is by far the most famous park in the world.

What is the secret of his success? It seems to us that two aspects played here: his idea and his soulfulness. First things first.

New York quickly grew to the title of financial center, first the United States, and after the whole world. The population also grew: from 1820 to 1850, it increased 4 times. People went to New York not only for big money, but also for a simple piece of bread - construction, manufactory, catering ... A prosperous city needed any kind of labor.

But it is not enough to provide people with just jobs, and places of rest are also needed. Without them, the districts turned into gloomy close ghettos, and people could not relax and feel like masters of their lives. The already existing parks, sports and just social clubs were a “without the poor and black” zone, not everyone could get there.

And then the authorities decided to allocate a plot of land to create the first public park between New York and Harlem. The latter at that time was a separate city. The place was chosen without special care - kilometers of hills and swamps, on top of demolished immigrant barracks with terrible infrastructure. But this did not stop to create the same park miracle. 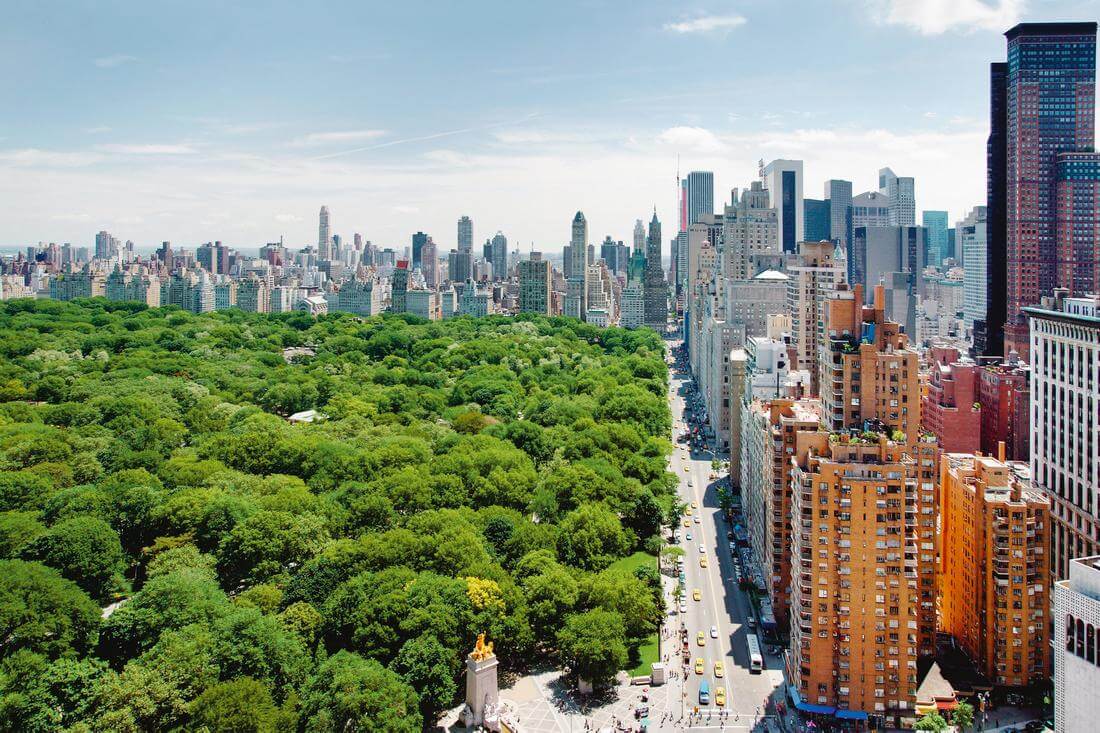 Wizards and creators of Central Park 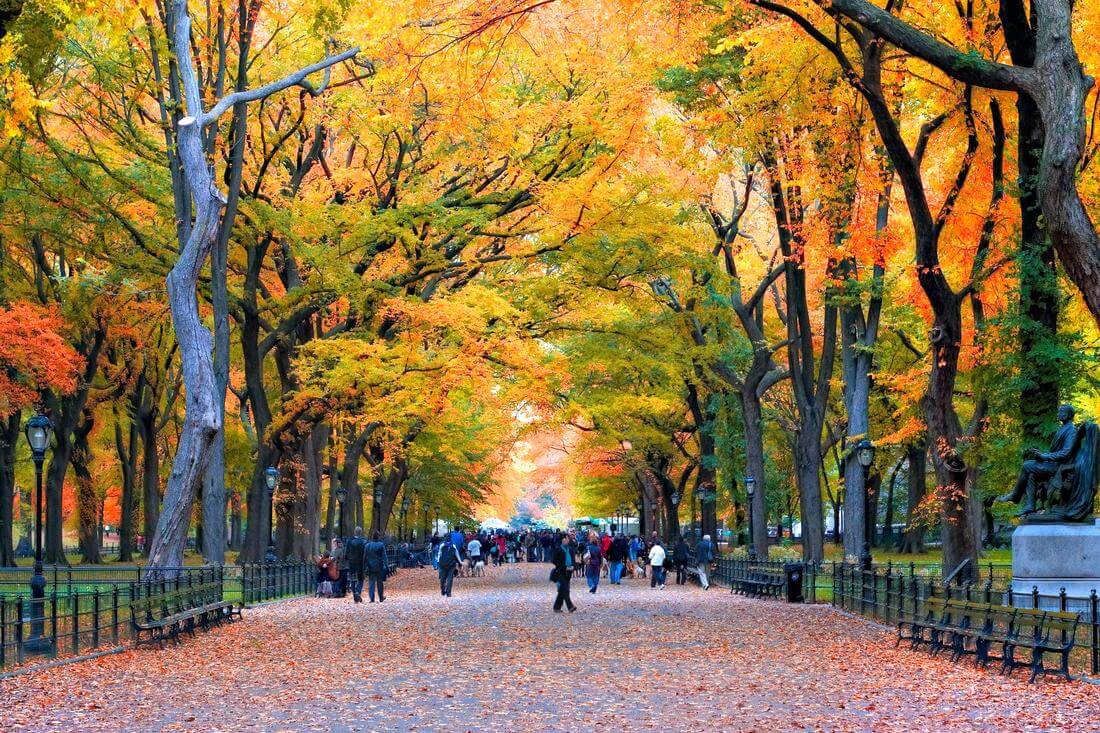 The New York City Central Park was occupied by two landscape architects, Calvert Vox and Frederick Olmsted. Both were followers of the British school, and therefore their project came out like a typical English garden. But with a few important details. 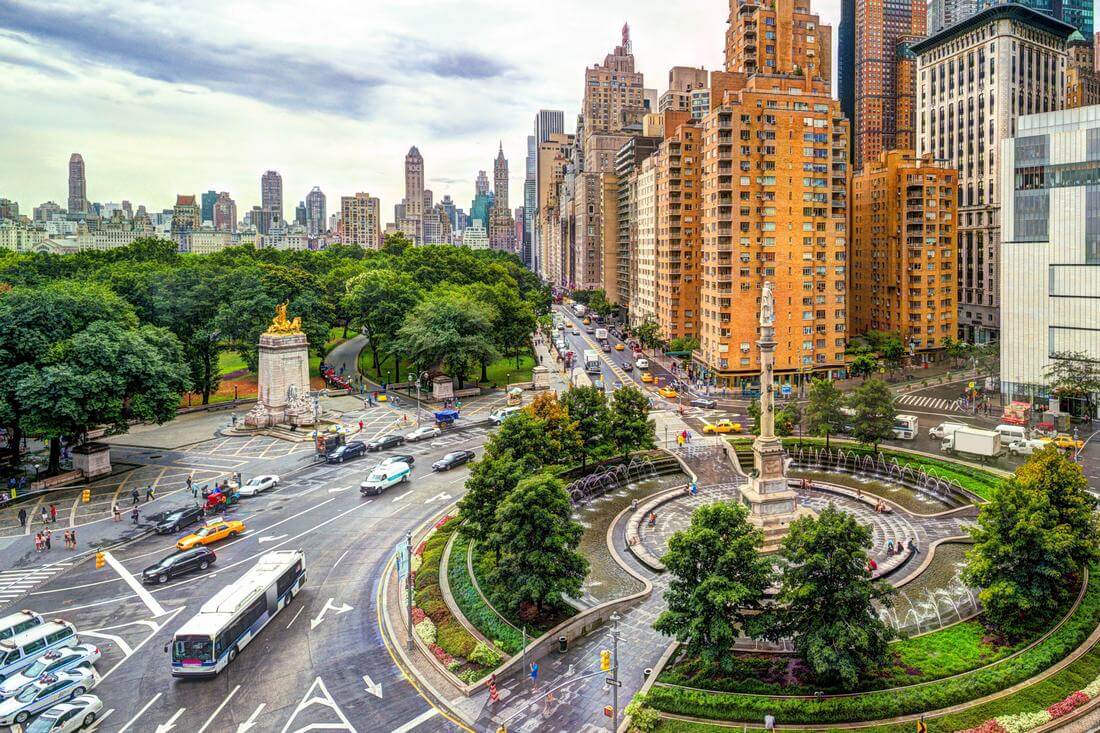 The revival of Central Park

During its existence, the park was ruined several times. Due to a lack of funding and a change of government, he was either abandoned or planted again. The last straw fell in the 80s, when public organizations took the Central Park under the wing, turning it from a desolate crime scene to a thriving city garden.

For decades, everyone has used the park without exception, and everyone needs to restore it - it was this idea that formed the basis for the creation of the Central Park Conservancy. Regular guarding of the park by the police is back in action. The original landscape was restored by volunteers - ordinary New Yorkers who wanted to help the park. Almost all the objects in the park were transferred by the state to the hands of private owners - it turned out as quickly as possible to restore all the buildings and breathe new life into them.

Today it’s nice to see Central Park — a neat, calm and very beautiful corner of nature in the heart of the metropolis. Perhaps, here he is, an example of true democracy.

Want to take a morning jog with coffee in Central Park, feed the ducks in a pond or just lie on the lawn in downtown New York?

No problem, contact us at American Butler!
Send a request
Also read
High Line Park
High Line Park appeared recently, but has already conquered the whole world with its crude industrial beauty. How could he be so different? Yes, see for yourself! Read more
10 traffic rules in the USA
You came to the US and wanted to rent a car, but you doubt the knowledge of the rules of the road in another country? It's okay, there is a way out. Read tips from American Butler! Читать еще
Real Estate in the USA
We decided to buy property in the most heavenly spot of the planet - the USA? But you doubt how to buy comfortable housing for your benefit? You need to know some nuances that will help in your decision.… Читать еще
Walt Disney
Disney cartoons are forever. Who did not cry under the "Lion King" and "The Little Mermaid", did not hang out in front of the "Cinderella" and did not try to speak like Donald Duck? But usually we see… Читать еще
Who invented the hot dog
Читать еще
Hoover Dam
Hoover Dam is one of the highest dams in the world, and at the same time a powerful hydroelectric power station. Tourists and residents come here to see the incredible scale of construction, go boating,… Читать еще
Craft Contemporary
Craft Contemporary is a building with more than half a century of history, a gallery of folk art. Since Los Angeles has become an important international art center, the Museum of Crafts and Folk Art… Читать еще
Central Park 5 1 0 0
Sharing: