Parks of New York are known to the whole world. Although it would seem, what can surprise parks? Greens and greens, nothing special. But not in New York - here it is different. And so that you understand what is wrong with them, we will tell about several main parks, without which it is impossible to imagine a city.

Each of them is a place of attraction for millions of citizens and tourists. And even with such a stream, they do not lose their charm.

The most important parks 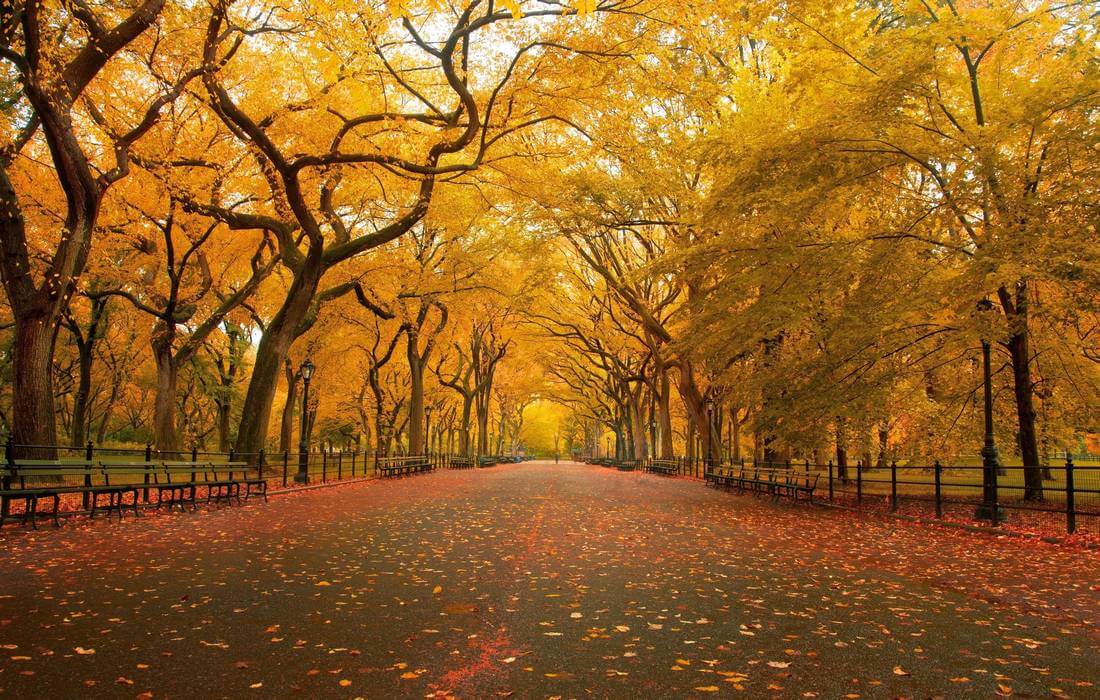 We say "New York" - and immediately remember about Central Park, and vice versa. There are many reasons to love this place.

First, the incredible beauty and peace in the middle of a large metropolis - the park is designed so that it seems as if it grew by itself, and the person only ennobled it. In fact, Central Park is the result of hard work and care.

And secondly, unique technological solutions for their time - 4 highways are hidden under the park, and in the garden the original layout of paths, plantings, entertainment facilities and ponds is used.

The name of this place is fully justified - truly classic romance.

In fact, this is a park in the park - Shakespeare Garden is located on the territory of Central Park. But it’s really worth highlighting this place, as it is simply impossible to find more sophisticated English park landscapes in New York.

The garden of Shakespeare is immersed in flowers and spreading trees. Between them you can see the plates with the quotations of Shakespeare's plays, and all this is framed by a whole string of lovely bridges and paved paths of stone.

This is one of the oldest parks in New York, located between 5th and 6th Avenue. But until the middle of the twentieth century, no one took him seriously. In Bryant Park, the marginal elite gathered, and the local people avoided it, despite the efforts of landscape architects.

Justice triumphed in 1979: the Rockefeller family invested a whole bunch of money in the reorganization, security and maintenance of the park. Now this is one of the favorite places of New Yorkers: in the summer lawns are attracted to lie down and relax in the sun, and in winter in their place a beautiful skating rink flooded. The park often hosts shows and concerts, there are many shelves for bookcrossing and playgrounds. 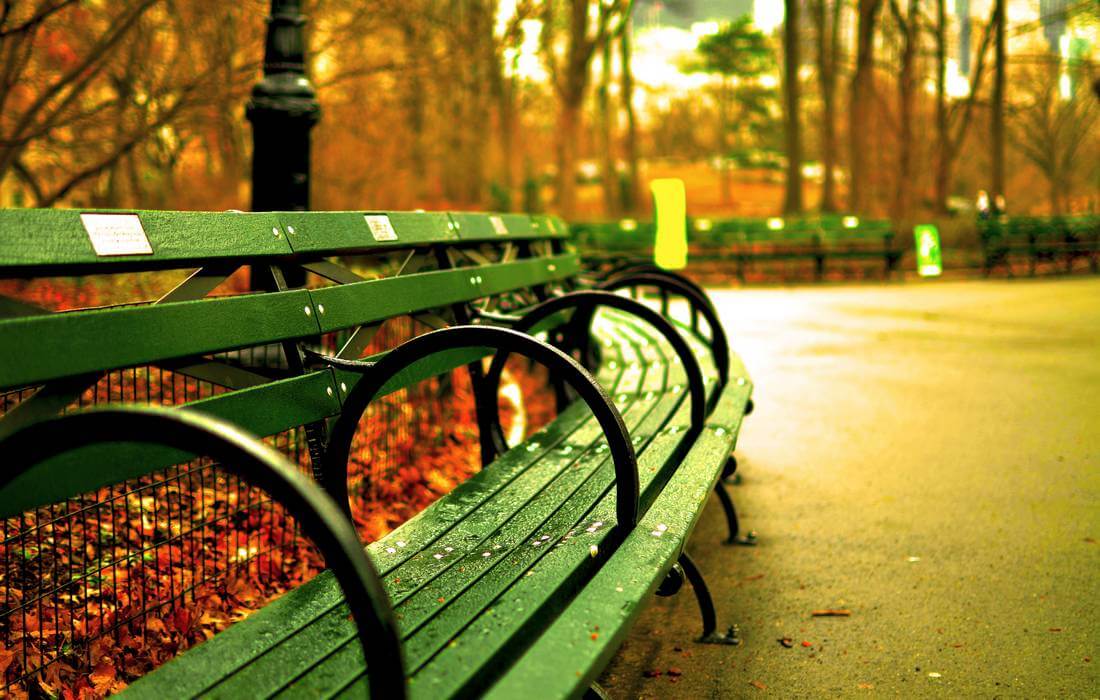 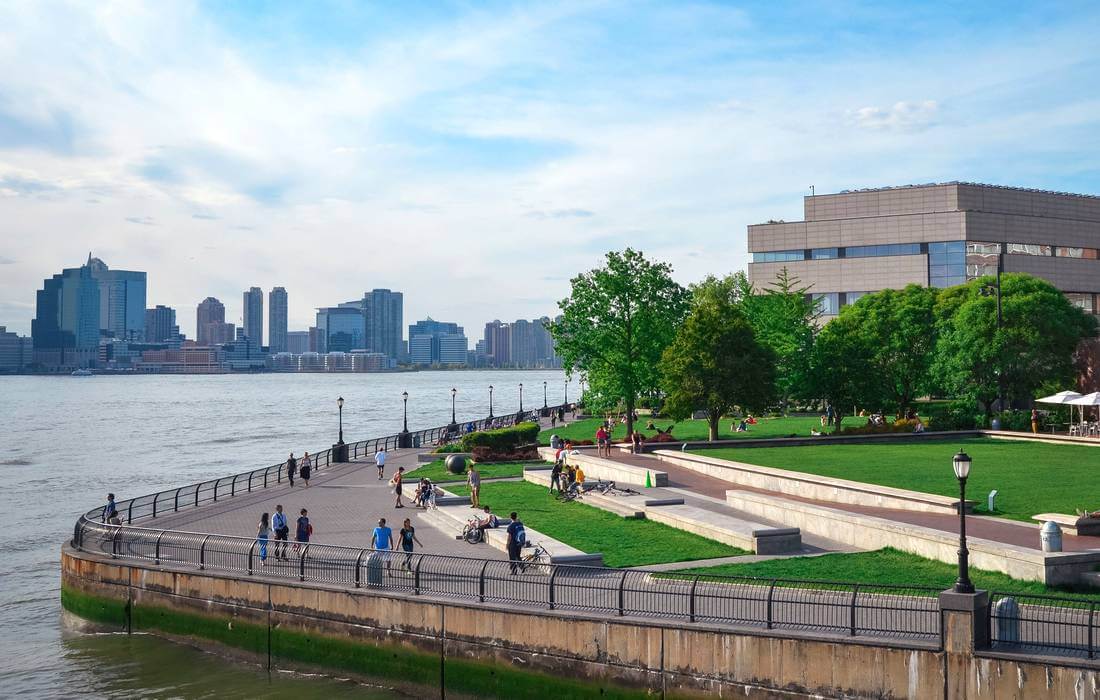 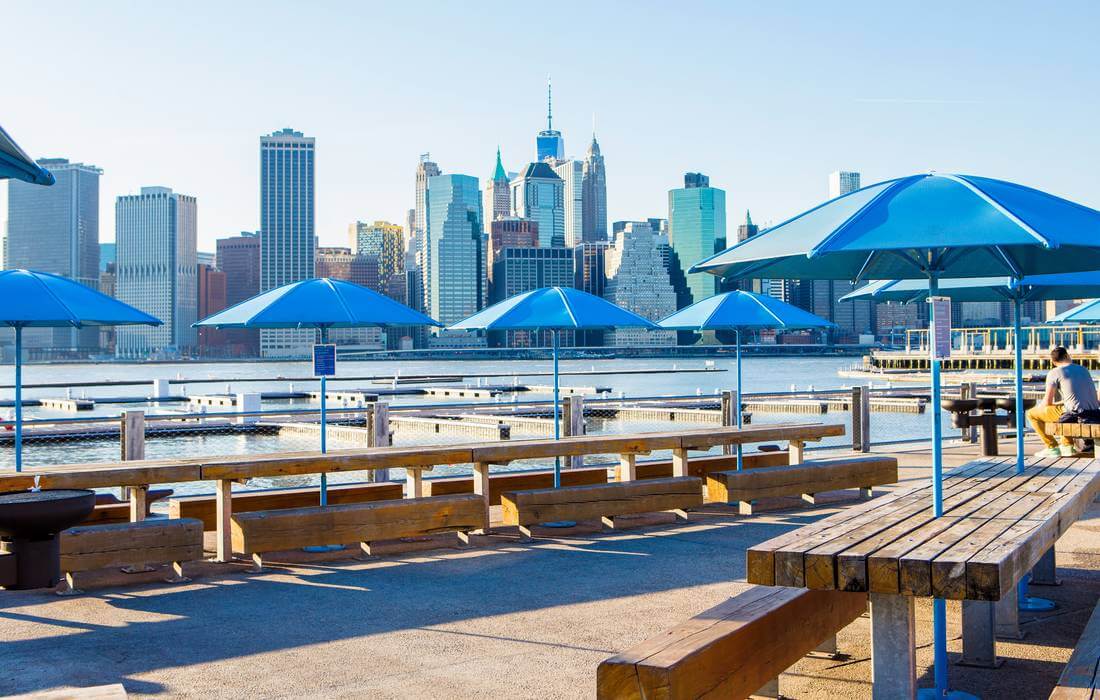 Once this park has turned one of the most terrible industrial areas of New York into a thriving creative quarter.

The whole park is located on ramps left over from the old railway tracks. Moreover, the paths are still there - the plants make their way right through the rails, forming an island of wild urban industrial beauty. She did not just give the area freshness and life, but also smoked all asocial elements from its territory.

High Line is loved not only by locals, but also by tourists - you feel there really is unusual. Perhaps this is the best example of concern for people and the history of the area.

Its name is not accidental - in the 17th century, when New York was still called New Amsterdam (more information about this can be found on our website, in an article about the history of New York), cannon batteries stood at this place. Such a not weak selection of weapons right on the coast defended the Dutch lands in the south of Manhattan.

Today it is difficult to find a more peaceful place than Battery. Over the past decades, the park has expanded, and is now coming to the coast itself, and the port on the Hudson even enters its territory. From it you can clearly see the Statue of Liberty, and in the park itself there are more than a dozen of no less honorable sculptures.

The list goes on forever. New York parks are a separate culture, which is a pleasure to dive from time to time. Each park has its own unique individuality, it does not bother to get acquainted with them. Even after several visits new details are revealed. We are happy to tell about them in more detail in large articles about each of the parks.

Would you like to experience the charm of morning freshness in Central or enjoy the insanely beautiful sunset in Battery? American Butler will help to organize the best tours in New York, covering the best places in their best form!
Send a request