Intrepid is a favorite place of famous American marines. Their relatives and friends visited there with a probability of 99%, and these worldly-wise children will not advise the poor military museum. 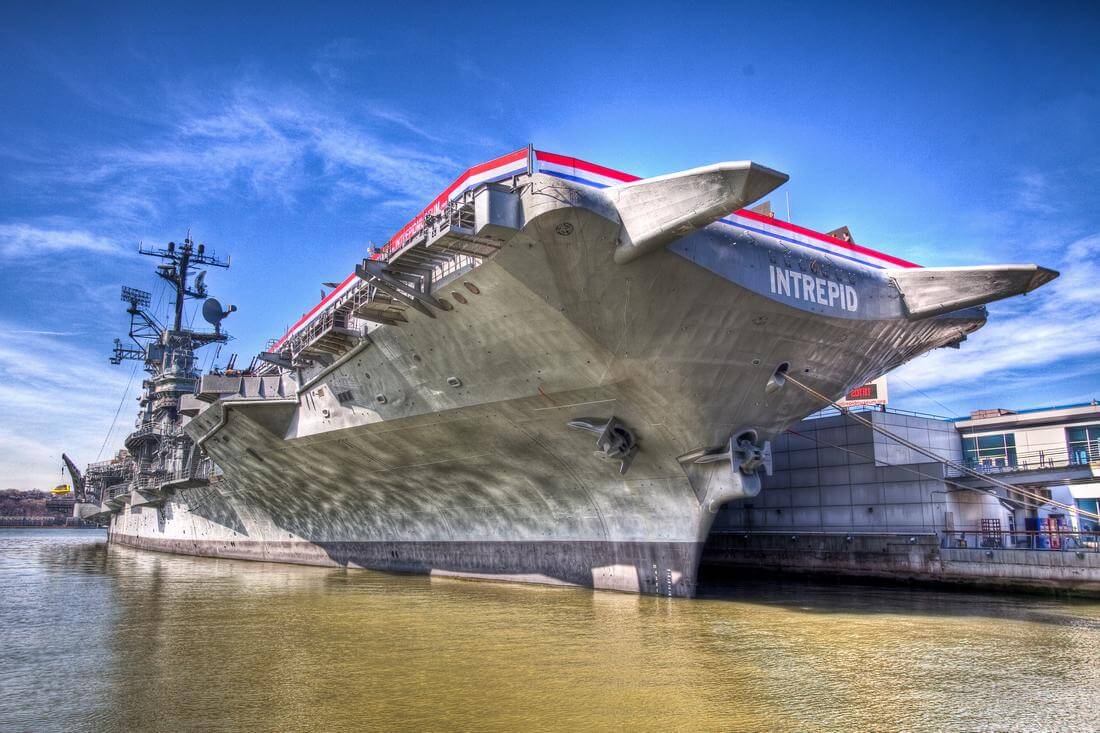 In fact, there is no big history. The museum spontaneously appeared on the 86th Pier of the Hudson River, in the West Side. Home gave him the eponymous ship-carrier USS Intrepid during World War II. In the USSR, this ship was called "Fearless" and brought a serious rustle in the entire Pacific Ocean.

The aircraft carrier had a rather complicated structure and was stuffed with the most modern equipment. Only its construction took more than two years: 42,000 tons and 273 meters of power, 25 meters in height, 10-centimeter strongest armor all over the hull and 150,000 horsepower under it. At the same time, almost 3,000 people served on the aircraft carrier. Intrepid was launched in the spring of the 43rd, and since then the answer to the question "Who is the coolest here" was obvious. Americans were proud of him more than ever. 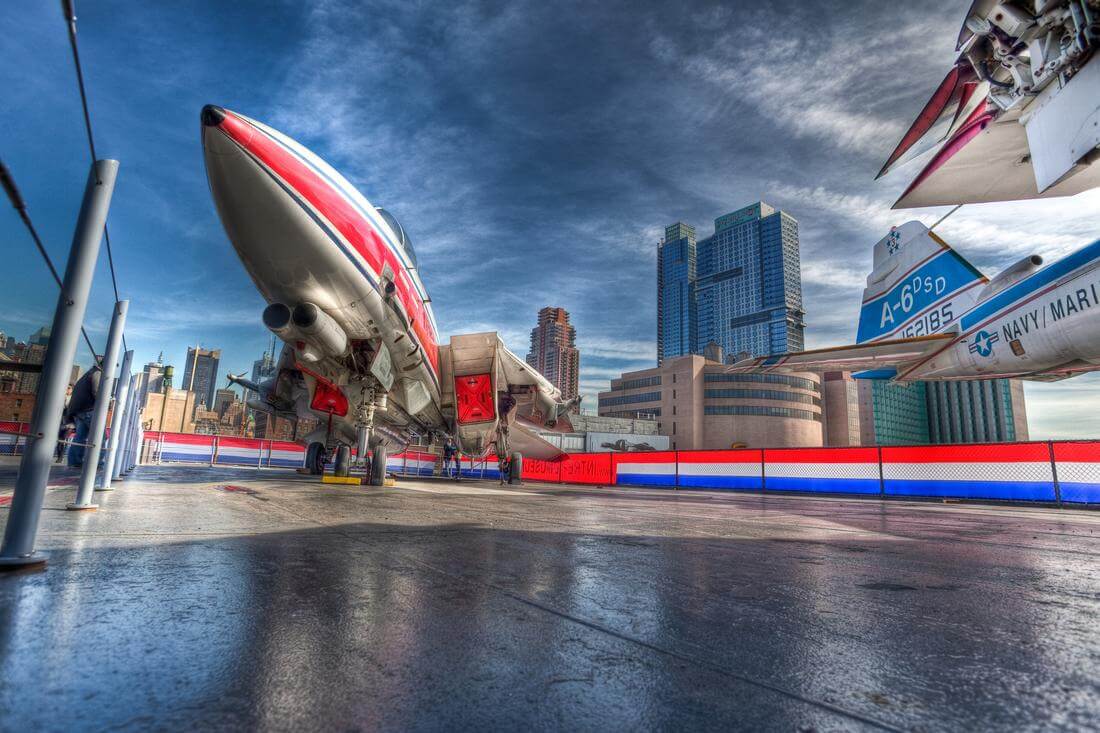 During the service, Intrepid suffered 6 attacks of Japanese aircraft, five of which were kamikaze flights. 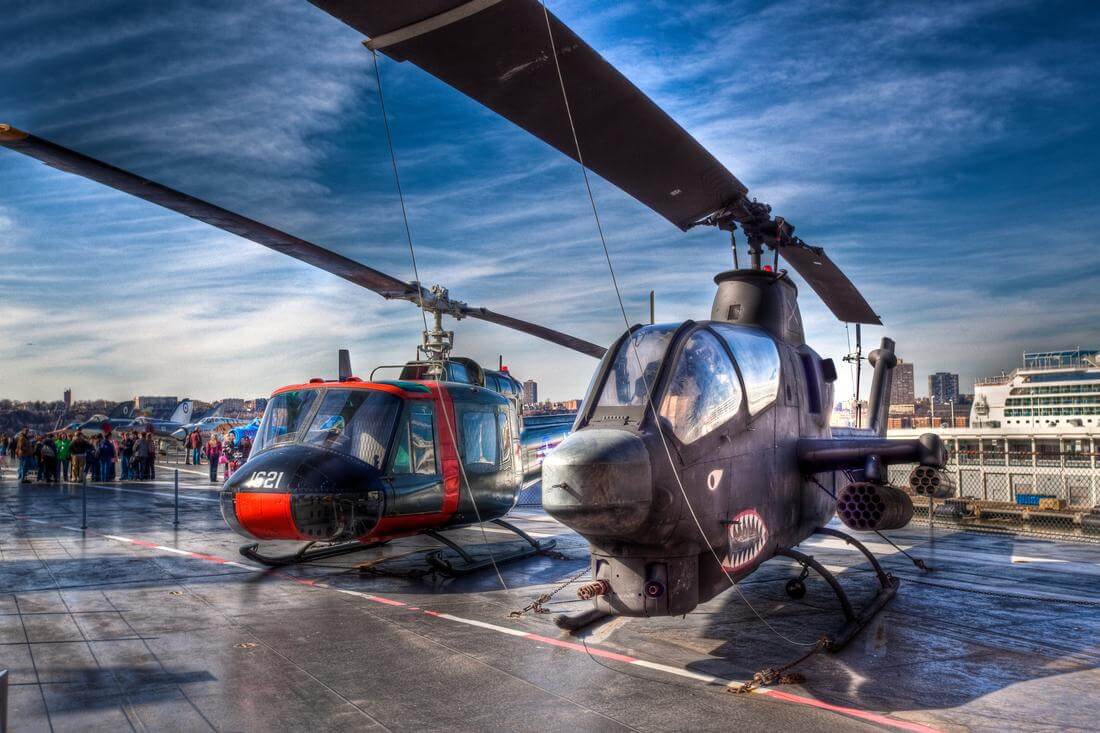 Almost every such case required a major overhaul, but the ship returned to service again and again. Intrepid participated in the Cuban blockade during the Caribbean crisis, the wars in Vietnam and Korea. It was used even for NASA space missions - the aircraft carrier was looking for, lifting out of the water and transporting landing capsules that fell into the ocean.

Such a rich biography made itself felt, and in 1974 the ship decided to write off from the resource of the US Armed Forces.

The previously fearless ship had to be dismantled at the military bases of the Navy, since nobody canceled the secret equipment, and its maintenance flew into the state into many millions of dollars annually. Government senators stated that such expenses would be justified only by the unleashing of a third world war, in any other case the giant should be dismantled, as it should be according to the regulations.

Then military journalist Michael Stern decided to engage the public. He offered everyone to unite and find a way to preserve the aircraft carrier USS Intrepid as a national treasure. Forces and money enthusiasts turned out to be small, but the forces and money of the millionaire Zachariah Fisher - just right.

From 1974 to 1982, the dismantling of secret equipment and parts of the body kit, disarmament and restoration of the ship were carried out, after which it was moored to the pier on 46th Manhattan Street and opened to the public as a museum exhibit. 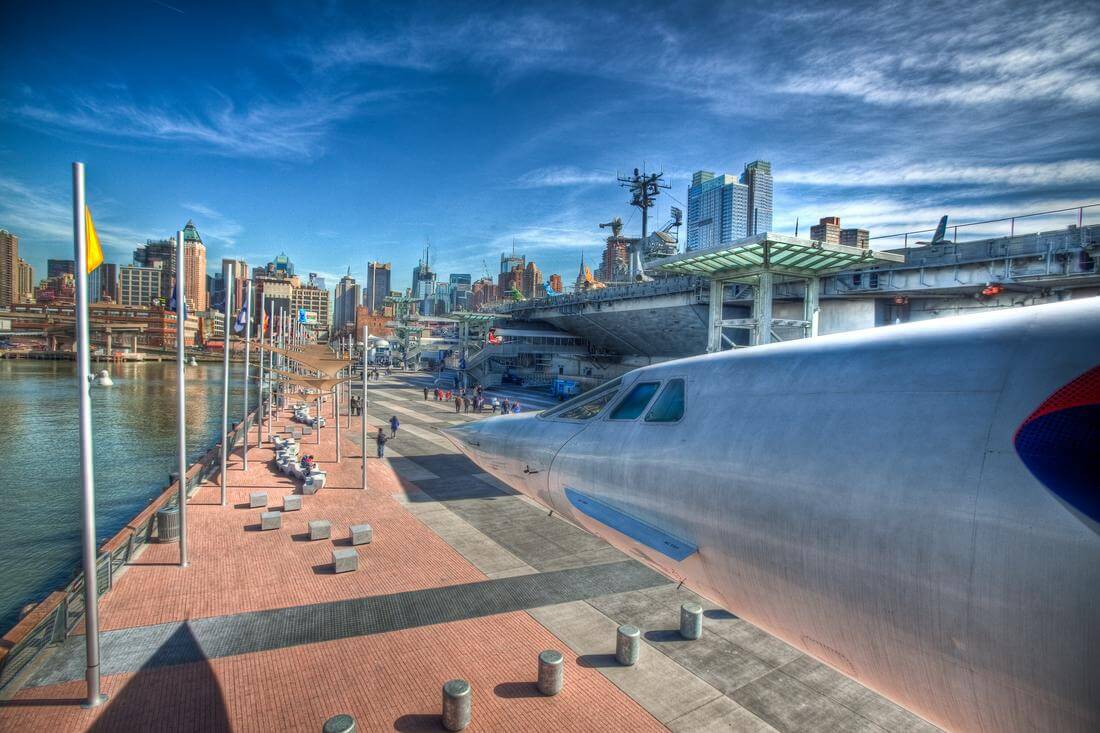 What to see on Intrepid

On the territory of the Museum of Sea, Air and Space, the Intrepid, as the name implies, is full of various military equipment. And all of it is located right on the aircraft carrier. 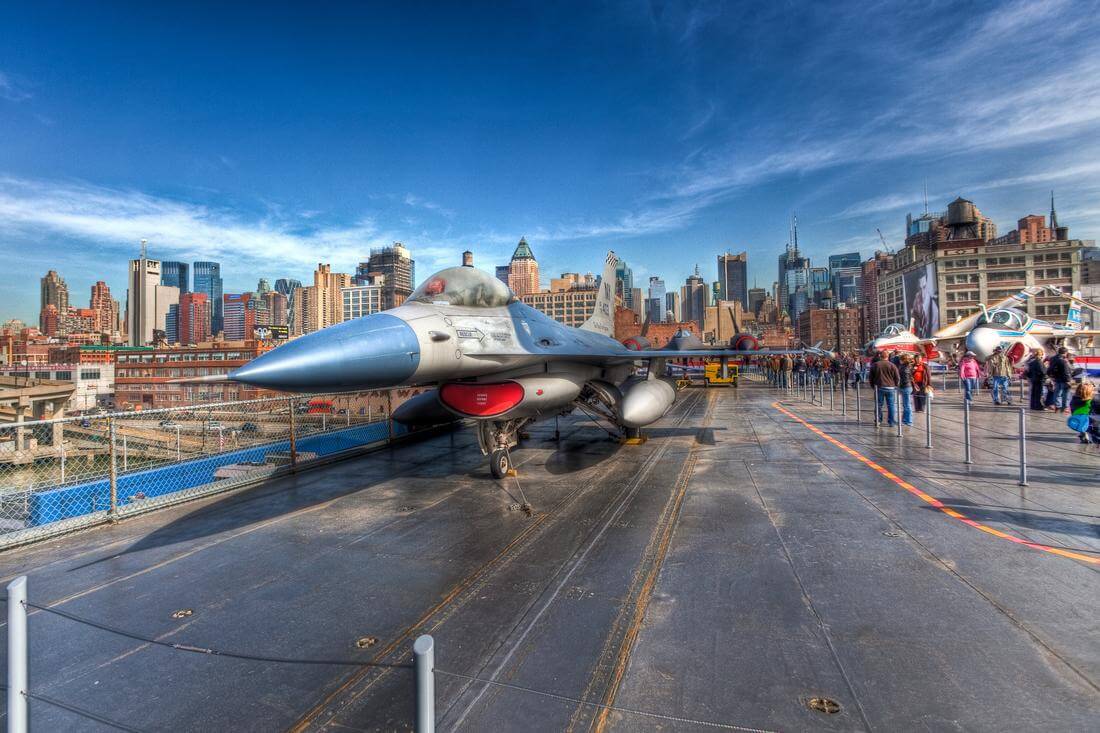 Of course, most of the exposure is occupied by airplanes. Tomcat, Falcon, Phantom and Tiger fighters, Demon subsonic aircraft, Avenger and Harrier bombers, Lockheed CIA supersonic reconnaissance aircraft ... As well as several Bell Super Cobra and Sikorsky helicopters in the US Coast Guard. And this is another half.

The museum also includes the comrade Intrepida - the submarine USS Growler. And even if you get into a “non-reception” day, believe me, one appearance will suffice for an awesome impression. But the biggest feature of the museum is the Space Shuttle Enterprise. To install it, the museum had to sacrifice three planes, because the place for such beauty could simply not be enough. His transportation and installation were a whole special operation.

The Intrepid Museum is not only an entertainment facility. For example, during the terrorist attacks of September 11, 2001, the FBI emergency headquarters was deployed on the decks of an aircraft carrier. So this object for New York is more than important to this day.

Want to feel like a real soldier of the American army? Welcome aboard! The company American Butler is ready to spend an interesting excursion for you, friends and family! We know a lot of fascinating places in the USA - all you have to do is leave a request and write your travel wishes.

American Butler will show you not only this, but many other significant objects of American military history.
Send a request