The Guggenheim Museum is more than just a museum. Rather, even the opposite of these classic walls in paintings, with the smell of dust and spotlights. This is one of the most striking cultural centers in the world, which does not leave you indifferent. 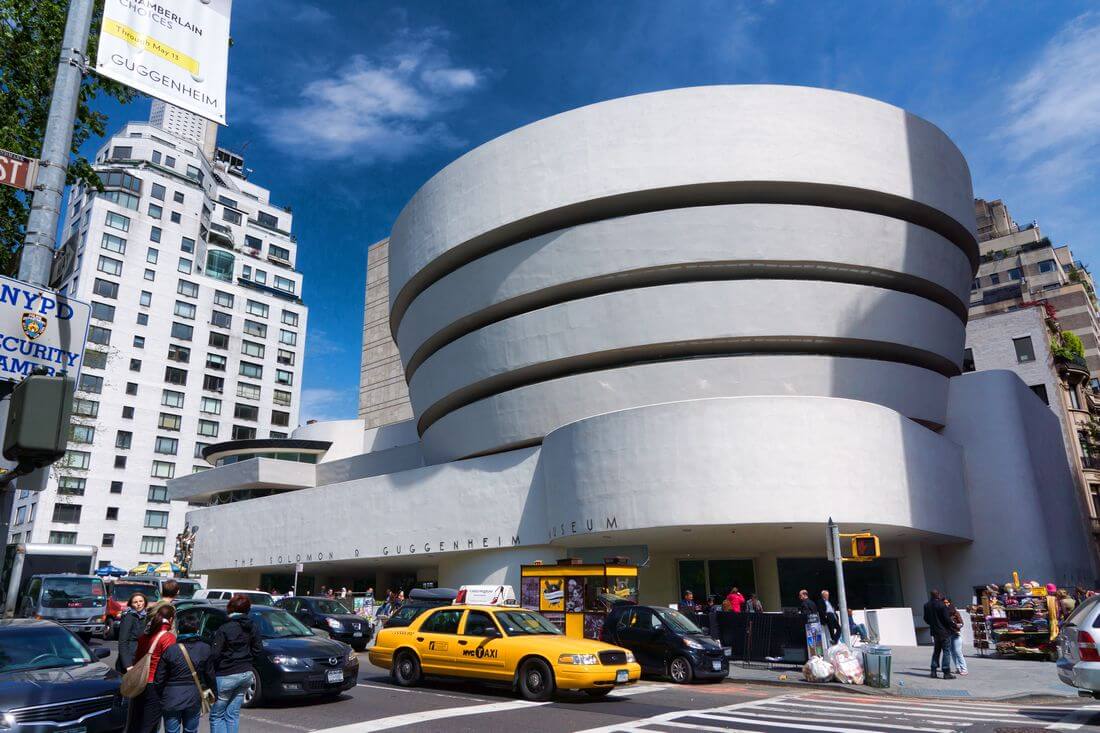 How the museum building appeared

After World War II, industrialist and collector Solomon Guggenheim decided to build a new building for his work collection. By that time, he already owned the Guggenheim Foundation and the Museum of Non-Objective Painting — both organizations helped to promote contemporary art to the masses.

But the area of the existing Museum of Non-Objective Painting quickly ceased to be enough for an expanding collection. And the museum itself was boring, without a twist.

Then Guggenheim commissioned the project to the most popular at that time architect and creator of organic architecture, Frank Lloyd Wright. At first, Wright dismissed the order, but then decided to agree to some conditions. The main one was the location: the future museum must necessarily stand on Fifth Avenue, not far from Central Park.

Guggenheim agreed and bought the necessary land. Wright rejoiced — now he could build something of his own in downtown Manhattan. But not in order to become even more famous, but for people to finally see that the nearby Metropolitan Museum of Art "looks like a decrepit barn."

How the Guggenheim Museum works

The building of the Guggenheim Museum has a rather complicated structure — it took the architect more than 10 years to complete the project. By the time construction was completed in 1959, neither Wright nor the Guggenheim were already alive.

But the efforts were not in vain. The Guggenheim Museum is one of New York's most noteworthy buildings. It was used to shoot almost all films about space and the distant future.

Inside it is the same futuristic, round and snow-white, as well as outside. The visitor takes the elevator to the upper, seventh floor, after which he examines the exposition, going down the ramp twisted into a spiral. Several halls adjoin this spiral, where import exhibitions are usually located. As you descend, the visual perspective changes, so looking back, the visitor sees something new in the same works.

A separate plus is the lighting. Due to the transparent dome in the center of the roof, the building has a lot of natural light.

What to see in the Guggenheim Museum 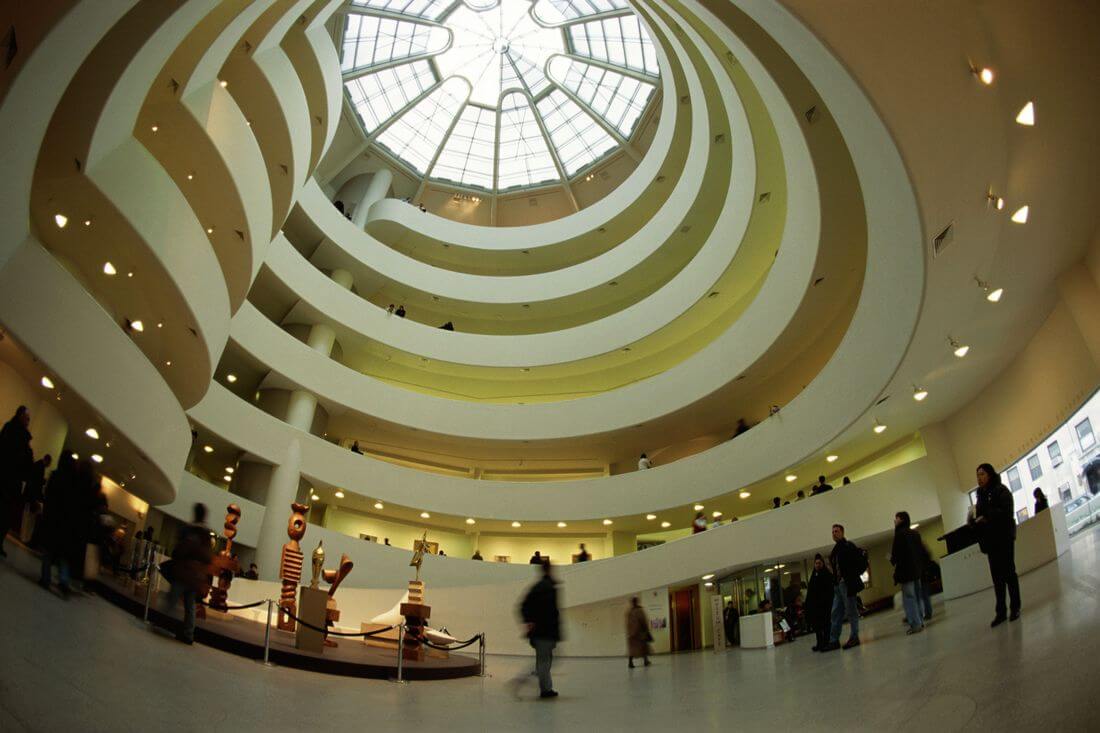 The Guggenheim Museum has a permanent exhibition. It consists of works:

The most modern art is often represented at temporary exhibitions. The museum is famous for the fact that it likes to invite artists and performers from different parts of the world. So over the past couple of years, Guggenheim held huge exhibitions of contemporary art in China, Africa, Russia, Italy and Latin America. In addition to paintings, installations are always presented here, as part of thematic exhibitions, performances and film screenings are held.

But the most famous exhibit of the museum, which has been pleasing to the eye and attracting visitors for several years, is the current golden toilet. Really golden and really acting: if you wish, you can use it, but you will have to defend the turn, and the guard next to be patient, and, in fact, want to do it. But as practice shows, the prospect of a golden toilet magically accelerates metabolism.

And so that acquaintance with the exalted in the USA is guaranteed to be a pleasure, contact us at American Butler.

We will competently select the excursion program for you.
Send a request