Fifth Avenue - even if you have never been there, you have heard about this street. What is she so famous? Bend your fingers. 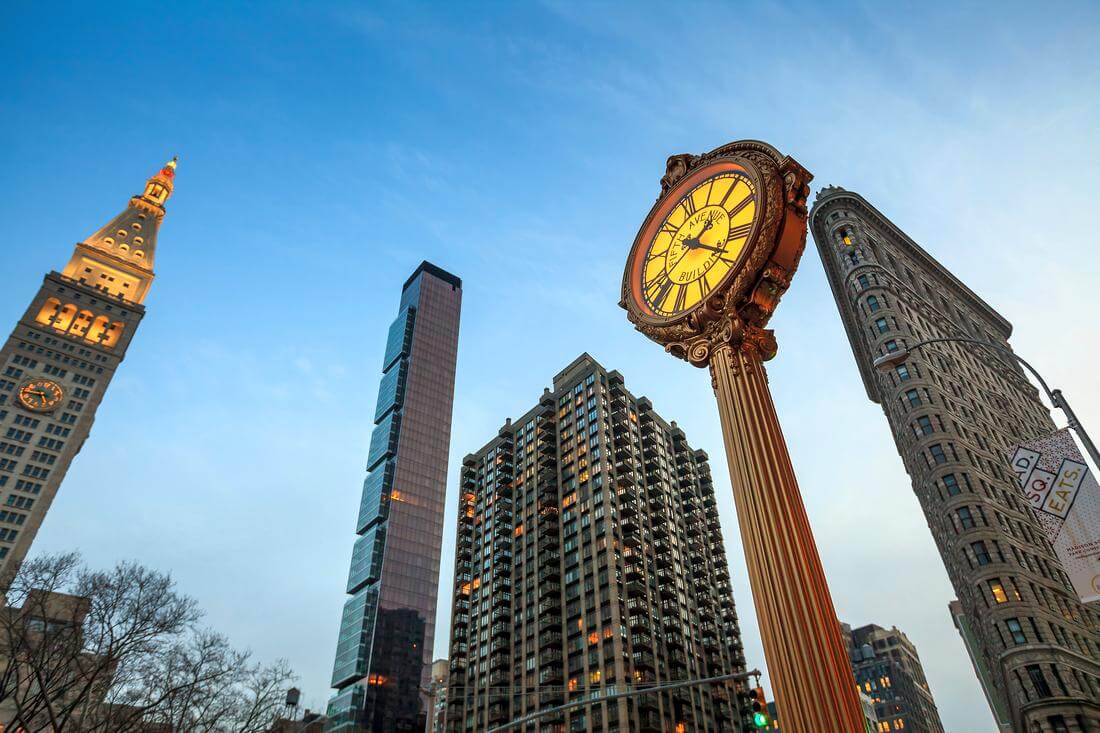 If you still do not understand the construction of New York and are afraid to get lost, remember the location of the cardinal points and the simple rule of orientation: the avenue runs along Manhattan, from north to south, and the street - across, from east to west.

Almost all the streets are perpendicular to each other and are named simply by their sequence number. To make everything even easier, let's return to our main character.

Fifth Avenue will not give chances even topographical cretins. It runs across almost all of Manhattan: from Washington Square Park in the Greenwich Village quarter across Midtown, concerns Central Park and Upper East Side, and leads to Harlem River.

In fact, it divides Manhattan in half.

Accordingly, all buildings in Manhattan are numbered relative to the central 5th Ave. Take for example the 116th street or street. At the intersection of 116th Street and Fifth Avenue, a separation occurs: the right side of 116th Street becomes Eastern (116th East Street), and the left side - Western (116th West Street). And the closer to this intersection are located houses on both sides of the 116th street, the smaller their number. The nearest house to Fifth Avenue will be number 1. 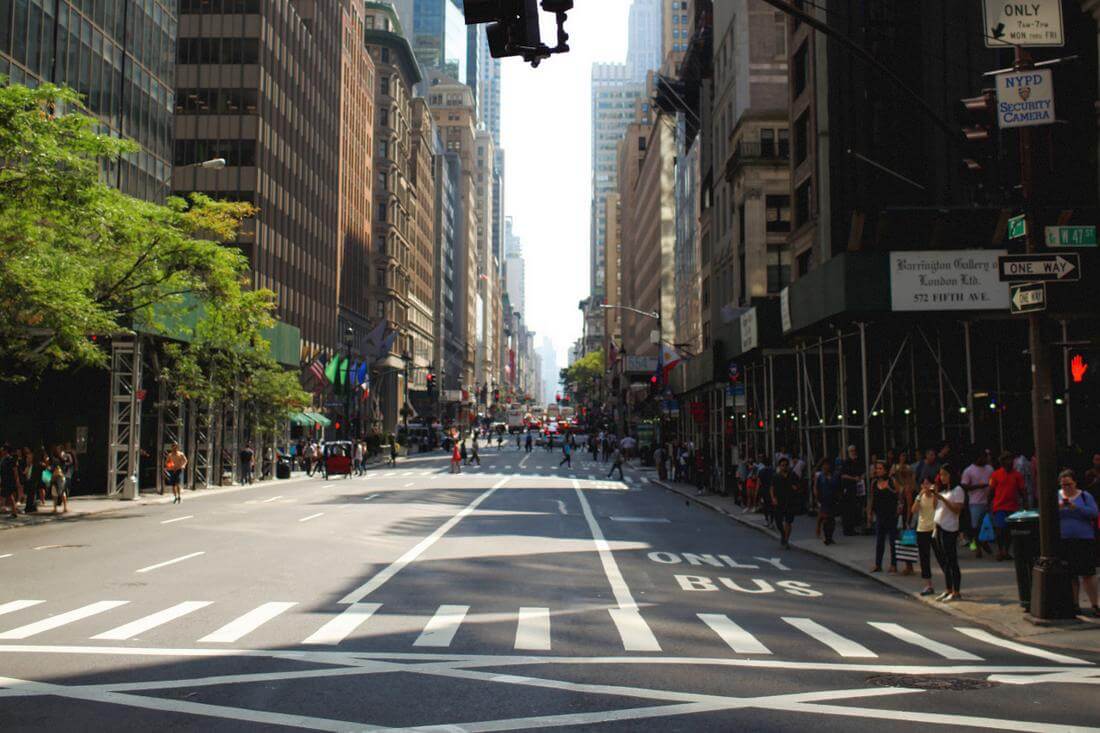 Fifth Avenue is famous largely due to its "tenants". The very first and most significant of these was the Astoria Hotel, built in 1893. Interest in America at that time was huge - literally crowds of wealthy people stayed at the hotel. New Yorkers quickly realized where the golden dog was buried, and began to locate shops and restaurants at a breakneck pace. From this point on, the old residential districts began to turn into an elite commercial zone, which it still is. 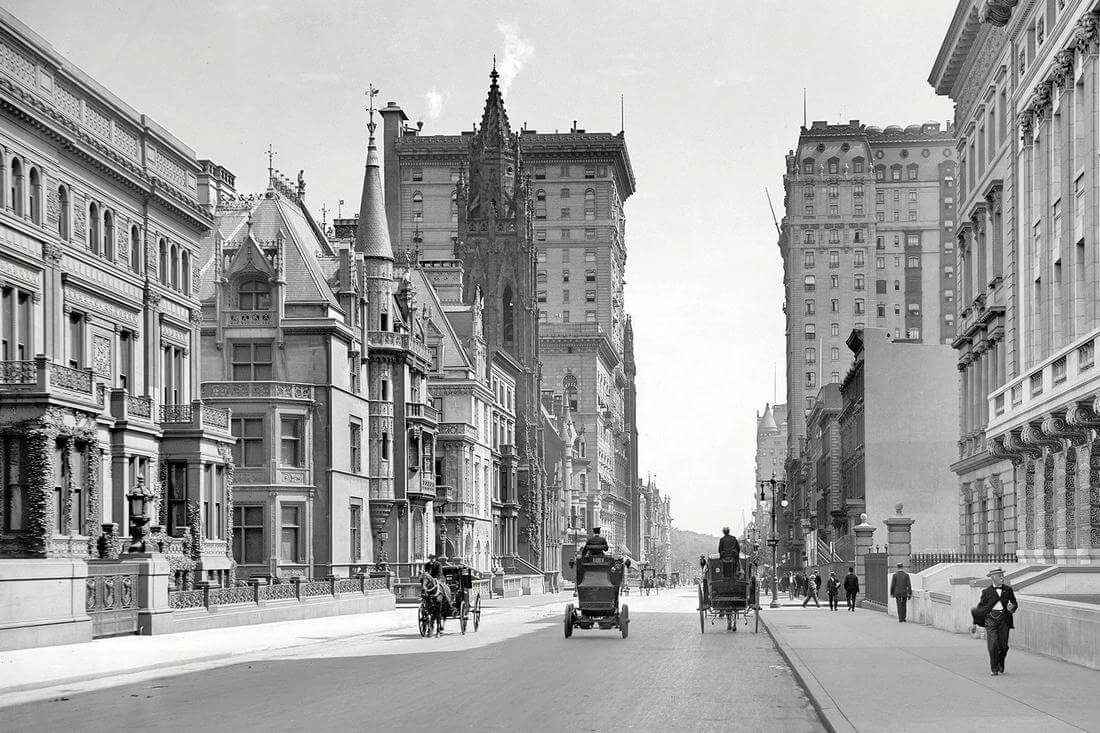 Here, as on the central street of any metropolis, the most expensive and respectable boutiques, the most luxurious hotels, the most famous restaurants, cultural and entertainment venues are concentrated. Consider the brightest of them.

The section from 82nd to 110th Street is called the Museum Mile, although in reality this segment is much longer. The name is more than justified - there are 11 famous museums in this area, including the Metropolitan Museum of Art, the Guggenheim Museum of Modern Art, the National Academy of Design, the International Center for Photography and other important cultural objects.

The 36-60th Street section is a recognized shopping paradise. Here are located stores of all self-respecting fashion brands. Despite the pile of skyscrapers around, the stock exchanges and the headquarters of multinational corporations, this is where the wallet of All New York is located.

As a rule, the widest choice of goods is presented in these stores, even if the brand originates from another country and leaves the official representative office there. In this segment of 5th Avenue, you can buy goods from Apple, Cartier, Chanel, Armani, Gucci, Christian Dior, Tiffany & Co., Louis Vuitton, Harry Winston and other luxury manufacturers, anything - if only you had the money and the desire to accept compliments from sellers. 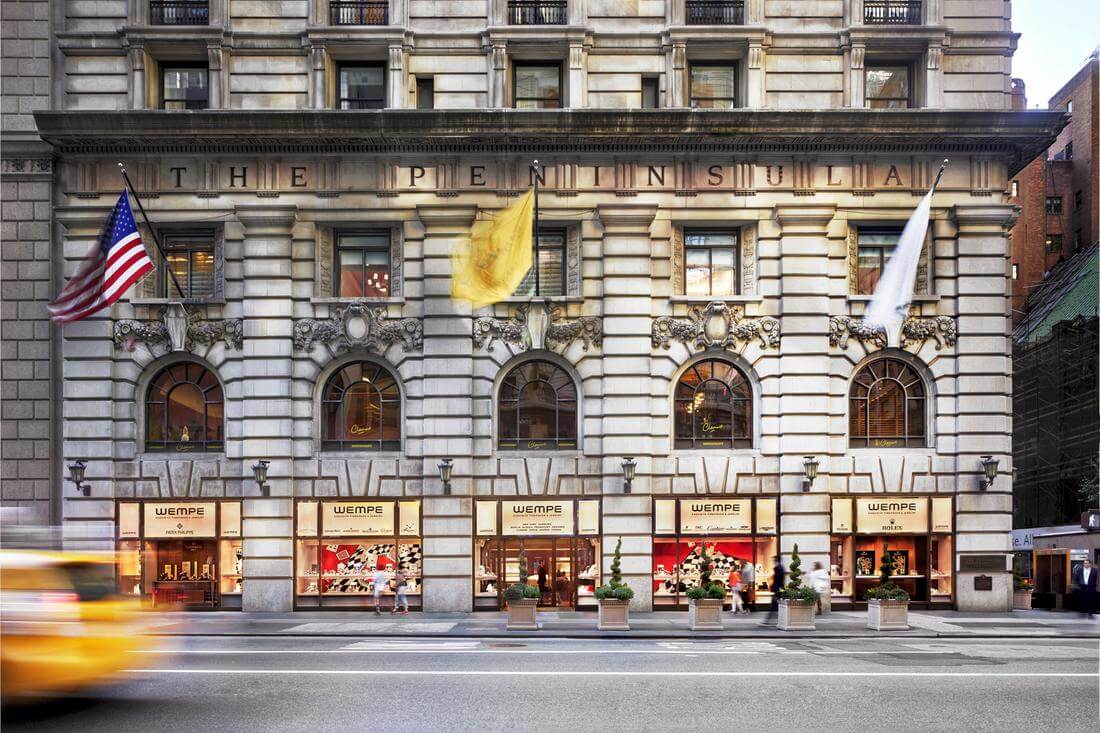 At the crossroads of Fifth Avenue are many attractions. And there is a variety from skyscrapers to churches. Right in that order.

On the avenue there are two, perhaps, major commercial skyscrapers of America - the giant of its era, the Empire State Building and its successor, the Rockefeller Center. Neogothic St. Patrick's Cathedral, striking in its atmosphere, and the Church of St. Thomas are clamped between the skyscrapers. Not far from it stands a massive marble building of the Public Library of New York. A little further away - the Academy of Medicine and the Mount Sinai Hospital, in which the children of almost all Russian celebrities were born, who had enough money for it. On the one hand, it is a so-called landmark, and on the other hand, the chambers there are really luxurious.

Although on Fifth Avenue, even a pebble on the road will seem precious - so good. Do you want to walk on the most prestigious street of the world?

American Butler will tell all life hacking for the best shopping, the most interesting cultural leisure and pleasant emotions.
Send a request
Also read
Madison Avenue
Madison Avenue is an unplanned one-way street wedged into New York City. However, today it’s simply impossible to survive without it - New York without Madison Avenue is like a person without personality.… Read more
Park Avenue
Park Avenue — sounds beautiful, huh? But once it was a terrible slum area, covered by coke smog and industrial noise. How from real hell she turned into one of the most elite arteries of Manhattan… Read more
Public Library
The New York Public Library is not just a big book depository. Engineering miracles, the values of the whole nation, and the kindest initiatives live there. Read more
St. John the Divine Cathedral
The Cathedral of St. John the Divine is in many respects "the most." The longest American unfinished, the physically longest and most confused in terms of the original name - the Cathedral of… Read more
Where to ski in the USA?
Читать еще
How to get a mortgage in the US
Planning to buy property in the US, but you do not have enough money to buy a long-awaited home? You can ask for a mortgage loan in one of the US banks. In order to know all the conditions and rates,… Читать еще
Kurt Cobain and Nirvana
Читать еще
Who invented the hot dog
Читать еще
Smoking in the USA
Smoking is the bad habit that infected the whole world from America. But modern Americans themselves are not particularly loyal to smoking. How it happened, let's try to figure it out. Читать еще
Atchafalaya Basin
The Atchafalaya Basin is the largest river swamp in the country, containing almost a million acres of bottom hardwood, marshes, flood and swampy lakes of America. The pool begins just outside Simmesport… Читать еще
Mount Charleston
The view of the snow-capped mountains seems a bit surreal when Las Vegas still feels the warmth of the desert sun. At 11,916 feet above sea level, Charleston Peak is covered in snow for more than six… Читать еще
Comic-Con International
Comic-Con is an exhibition that educates people about pop culture. The bet is on comics and related art forms. Organizers support public presentations and exhibitions on the historical contribution of… Читать еще
Fifth Avenue 5 1 0 0
Sharing: