The most famous skyscraper in New York has long become a grandfather, but does not lose ground. His spire did not leave indifferent even King Kong, he is considered one of the greatest architectural works of the twentieth century, and his outlines shine on all postcards. 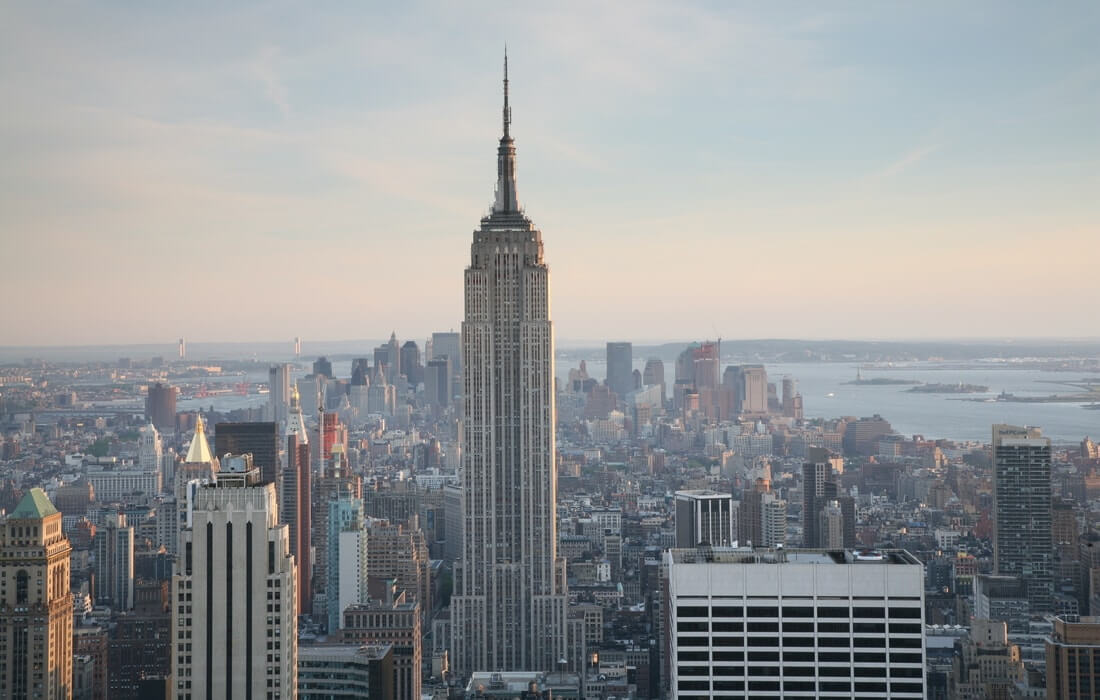 This is already almost 90-year-old old man has always been a businessman - the building was designed for offices. At the turn of 1930, this was the construction site of the century; nobody had already given 103 floors to a business before. And the name gave the royal: Empire State - the unspoken name of New York, "Imperial state". Not a building, but the face of all thriving America.

Not only is the business center on a hundred floors - so also the station for airships! It was originally planned to make the spire of the building a zeppelin pier, and the upper floors - a kind of air terminal. But for security reasons, the idea was abandoned. And from the spire - no.

At the same time, the Chrysler skyscraper was being built, where foremen were often running and spying on the part of the mistakes of other builders. In this copying was a plus - during the construction on the crazy heights of the Empire State, only 5 workers died. For the 30s, where only the ropes around the waist often took care of insurance, this was a great result. Not only European immigrants, but also Indians took part in the construction.

From bare land to the highest business skyscraper in the United States, only 410 days have passed. In a week, workers erected an average of 4-5 floors. May 1, 1931 in front of the entrance to the 443-meter Empire State Building cut the red ribbon. But the path was just beginning. 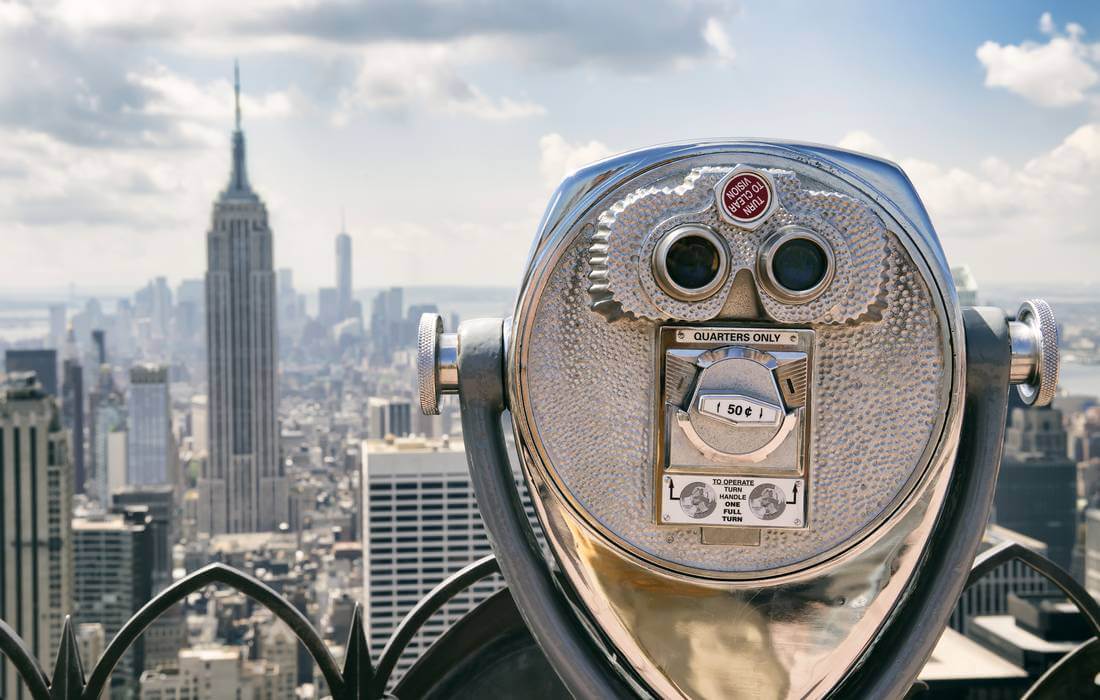 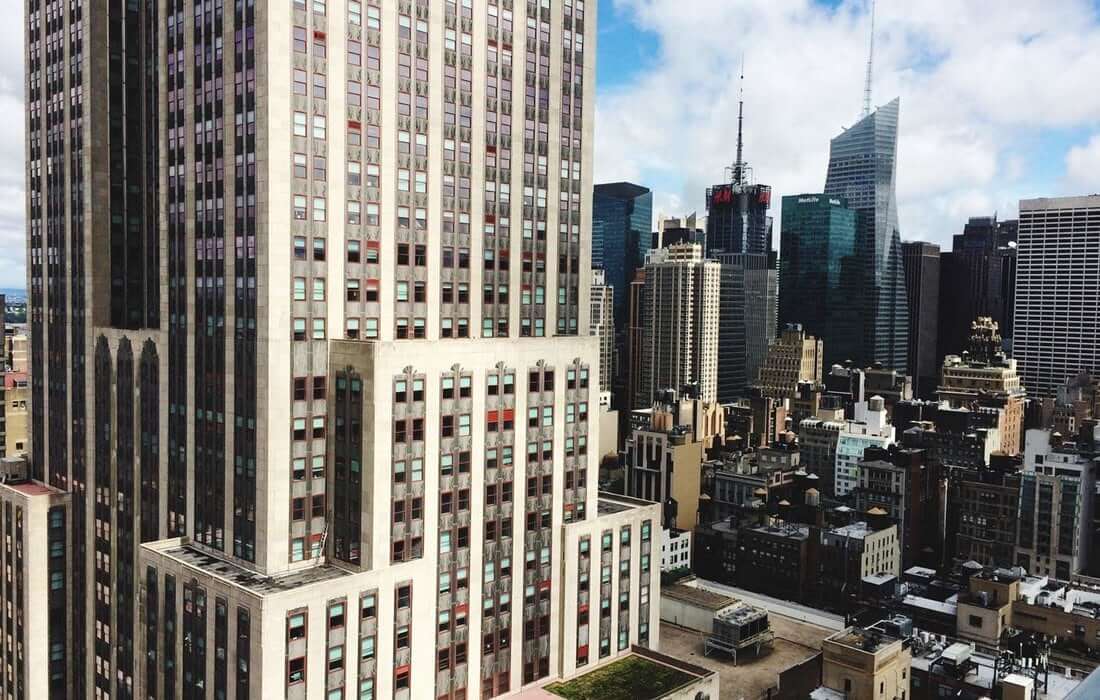 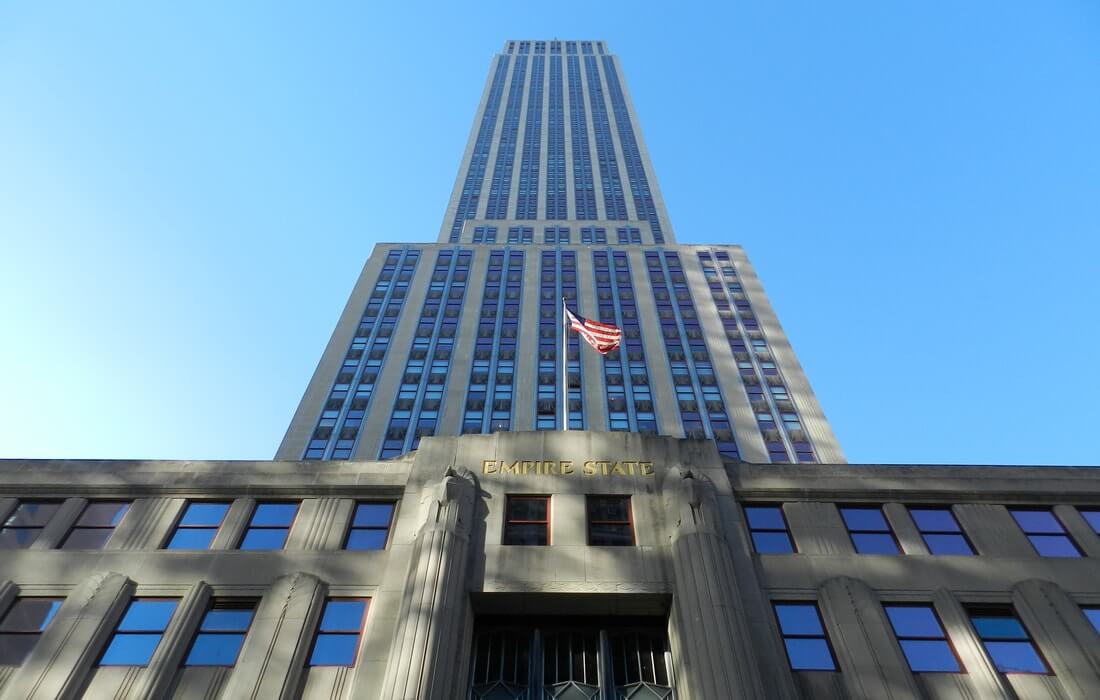 At the time of the discovery in the US, the Great Depression was raging. And the Empire State Building has become one of the symbols of the difficult times of Manhattan.

The collapsed American businessmen often committed suicide at the time. And it seemed especially conceptual for them to die, having fallen from the roof of the highest office center in the country. People came from all over the country for this terrible ritual of “the last height in their career”. Not everyone was able to turn the case to the end, but they tried hundreds. The most common black joke of those times was the phrase: “I was late for work — a corpse with Empire State fell to my feet. I looked into my wallet - I also went upstairs. ”

Up to the 1950s, less than half of the offices were rented in the building. The people called the building Empty State Building. And in 1945 the building was rammed by a military plane - the pilot did not see the top of the building in thick fog. Things went worse than ever, it seemed that the skyscraper was cursed.

In 1951, the Empire State Building was sold for a record $ 51,000,000 in those times. The new owner was able to attract both money and people: almost immediately after the purchase, he agreed with representatives of telecommunications companies on the placement of antennas and equipment on top of the tower. And away we go.

Together with the offices of the media, recovering economy and the imminent Vietnam War, the building came, as they say, moving. Television and radio have become the center of attraction for people, rental prices have risen, and it has become more prestigious to take place in the Empire State - the thickest of events - than anywhere else. Up until the construction of the World Trade Center towers in the 70s, the skyscraper remained the highest in the world.

Today, the building remains one of the symbols of New York and the architectural jewel of Manhattan. In addition to the offices of the most reputable companies in the world, there are several viewing platforms, attractions and a gallery. The building hosts the most famous race in the United States - the steps up to the 86th floor. The competition is held not only for civilians - they arrange separate tours for firefighters and policemen in full ammunition.

So the New York old man is still about the first! And, like any elderly, but vigorous man, loves guests very much.

So to be in New York and not to enter the Empire State is a sin like. And to make your visit as interesting as possible, contact American Butler!
Send a request
New York
Sights
Festivals
New York City Restaurants
New York Parks
New York Museums