Whether it's about the tracks of the great jazz Louis Armstrong, alligator observations, the search for a modern playground or a picnic in the shade of an oak tree, you can find anything in New Orleans. 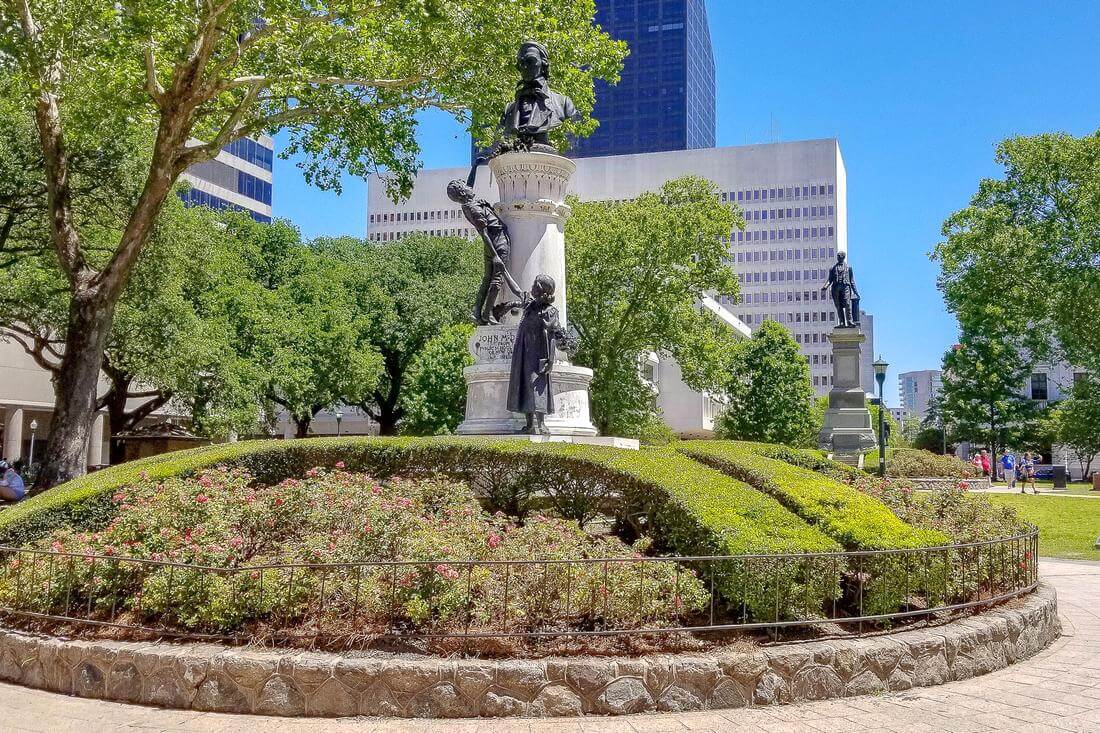 Parks for walks and entertainment in New Orleans

City Park is one of the oldest and most visited city parks in the country. A massive park, about 50% larger than Central Park in New York, really offers something for everyone. Beautifully restored after Hurricane Katrina, which destroyed the landscape, the park is home to the New Orleans Botanical Garden.

13 acres of lush land with 2,000 plants from around the world runs through various blocks of the city. The complex also houses the Sydney and Valdinsky sculpture garden with more than 60 sculptures, located on a winding path where 200-year-old oaks, pines, camellias and magnolias grow.

Hiking trails pass through the reserve. If you want to see the local nature in one of the most beautiful reserves in New Orleans, then this is the right place. And it is not for the faint of heart, because you will most likely see large insects and alligators, as well as birds, amphibians and lizards. 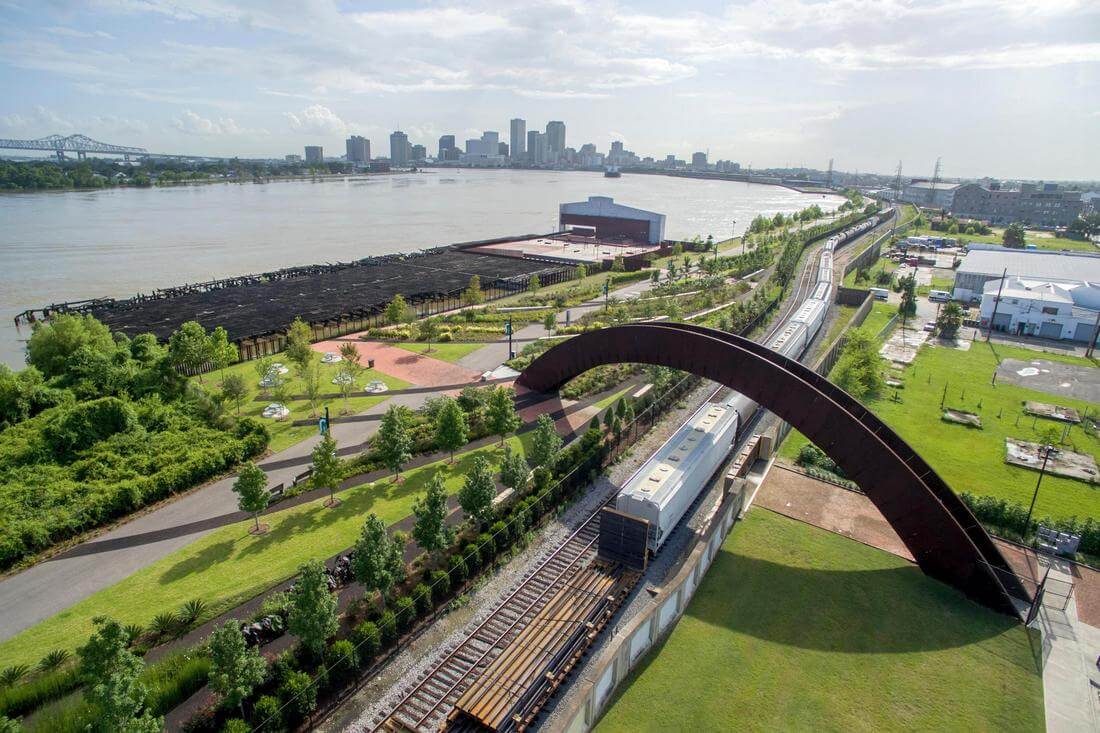 If you want to re-live your student years or just throw a frisbee, Audobon Park is the perfect place to do it. A short tram ride from the French Quarter will take you to the former location of the sugar plantation and the Confederation camp.

Now this place is a magnificent park, which is located directly across the street from the universities of Tulan and Loyola. Taking one of the top five picnic spots, Audobon Park - A great place to unwrap a blanket, eat a sandwich and watch people.

Known in the 18th century as the “Place of the Armies,” later renamed after Andrew Jackson, this open square in the French Quarter is a resting place for lovers of hiking and portrait painting. 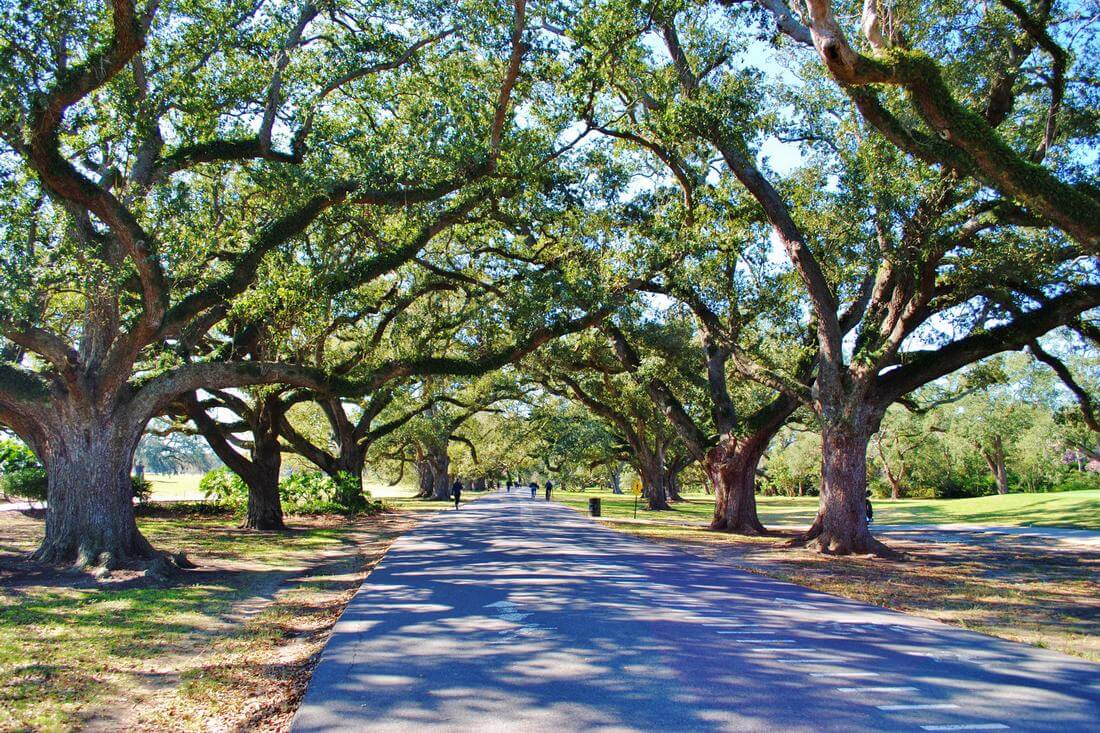 Horse carriages pass through this famous concrete landmark facing the Mississippi River. and surrounded by historic buildings including Cathedral of St. Louis and the Cabildo. Drink coffee and eat sandwiches at nearby Cafe Du Monde while you are there.

This brand new park is located right on the waterfront in Beauter. Reaching 1.4 miles along the Mississippi, it provides unrivaled views and access to water. Take a walk, ride a bike or just watch the river float sitting on its bank.

Our list would not be complete without at least one playground. Our choice is Mickey Marki Park, located in the Ninth District. The park was closed in January 2011, but in 2013, thanks to funding from the Trust Fund for Public Lands, the park was reopened. $ 500,000 was spent on its recultivation and reconstruction. A large grassy sports area, picnic meadows and a modern playground have turned it into a wonderful family park.

Just a few steps from the French Quarter is a public park, opened in honor of the jazz legend Louis Armstrong. Pass through the iconic arched entrance to the historic landscape of sculptures, duck ponds and open spaces.

The official guide to New Orleans recommends visiting the Congo Square in the southern corner of Armstrong Park, "where slaves and free blacks gathered during the 19th century for meetings, open markets and African dances." 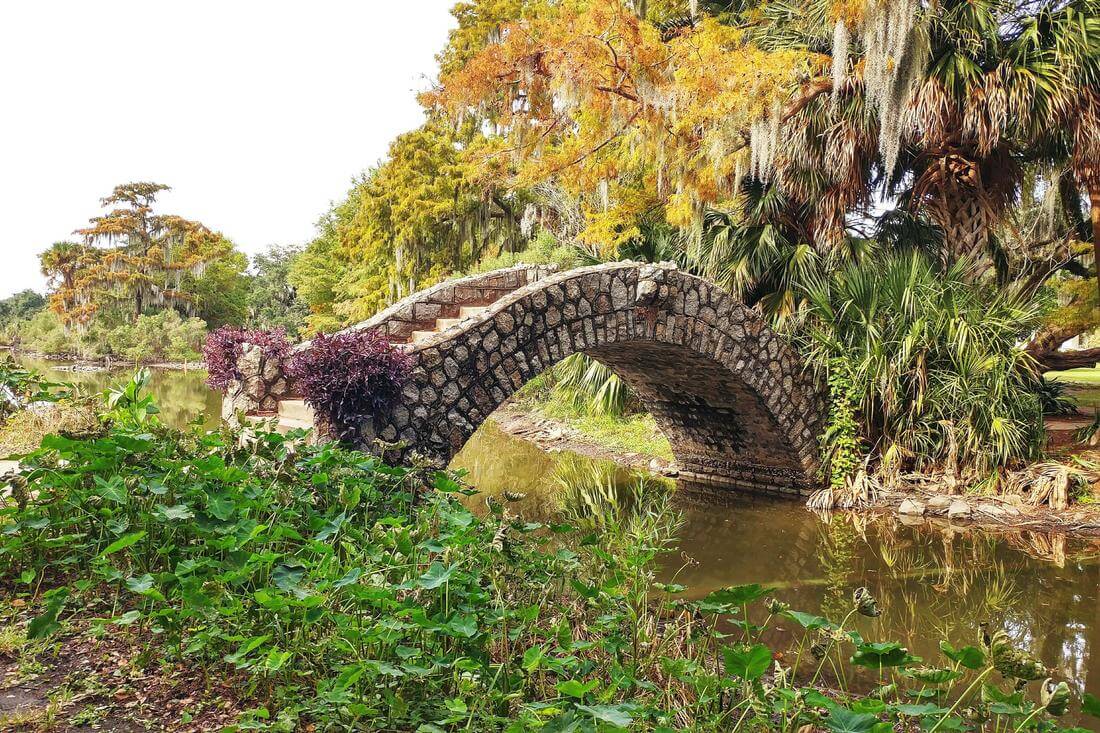 Lafayette Square is a public park that welcomes everyone. Designed by Charles Lavaux Trudeau, it is famous for the wonderful works of art and sculptures erected here, such as the statues of Henry Clay and Benjamin Franklin.

Due to its proximity to government agencies such as the US Court of Appeals, the National Bank of Labor Relations, and the Federal Reserve Bank, it is filled with office workers during the lunch break. Concerts are held regularly on Lafayette Square, as well as the Harvest of Music festival.

Woldenberg Riverfront Park is a 20-acre green oasis that stretches along the old governor’s wharf. This embankment is located in the heart of the city and is full of numerous works of local artists.

The park boasts hundreds of beautiful trees such as oaks, magnolias and willows. Hop on one of the many shops and admire the busy city port, second only to Amsterdam.

Book a tour of New Orleans from American Butler - the Russian-speaking guide will tell you a lot of new things!
Send a request