Of the 42 cemeteries of New Orleans, Meteyri is the most atmospheric. Here they spend their days wandering among seven thousand tombs and mausoleums. What hides the "city of the dead"? 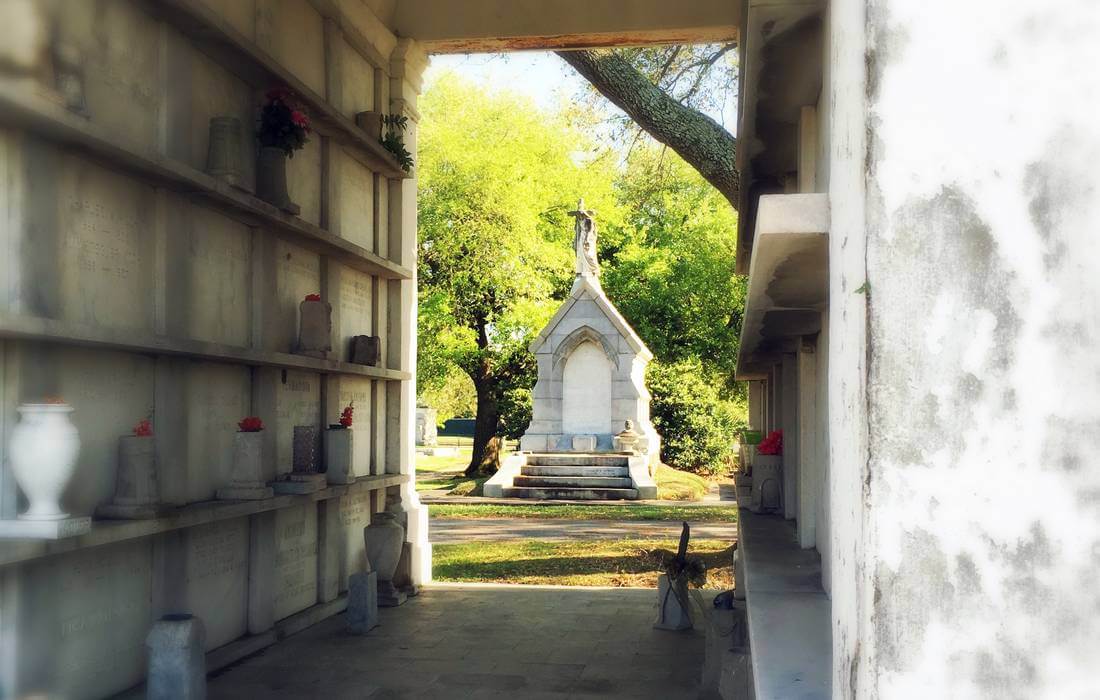 Charles Howard is a rich man. He wins the first Lottery of the State of Louisiana and decides to make his dream a reality - to get into the club of jockeys. Yes, that's just he is denied. Embittered, Charles decides once he will buy a place for horse racing and arrange a graveyard in retaliation. He did it.

The civil war hit the South hard. The planters went bankrupt, they had no time for entertainment - they would have to raise the economy on their own without slaves. Jockey club went for demolition. In 1872 Charles bought the land and built a cemetery.

Designer Benjamin Henry refused to destroy the foundation of the racetrack, so the cemetery and its tombs laid out within the original route.

The banker got into his own brainchild after 13 years - unsuccessfully fell from a horse. The mausoleum was built in the center of the necropolis. They say the spirit of Charles still roams here.

The cemetery was added to the National Register of Historic Places in 1991. He was awarded this honor, as many famous figures are buried here, and the territory itself is impressive with the architecture of mausoleums, tombs and monuments.

Who is buried here

Legends are closely intertwined with reality. There are different stories about people buried in Metairie Cemetery - some have been confirmed, others are not. And let not all legends be trusted, in any case they are interesting and create a special flavor.

In the second half of the XIX century, Hennessey led the New Orleans police. As a young man, he caught two thieves at the crime scene and brought them to the police station. Already by age 20 he became a detective. From that moment on, things went awry.

In 1882 David left the department and went to a security company, and after 7 years he became the city police chief. He began to eradicate corruption with all his might, but in the end he became so angry with the Italian mafia that in 1890 he was killed at the threshold of his own house.

The killer was never found, and the ghost of the policeman still wanders through the cemetery, watching the vandals.

Josie grew up in a harsh family. At 16, when she decided to take a walk with a friend, the father in her heart said that she might not return. The girl ignored these words, but in vain - when she returned, the door was closed, and her parents did not answer.

As a result, Josie found a homeless man who turned out to be a pimp. The career of the girl went up and 15 years later she was already running her brothel.

In 1905 brothel burned out. For Josie, it was a blow - she could not recover from him. Until death in 1914 she was obsessed with the afterlife. Arlington has created a tombstone in Egyptian style, reminiscent of the very moment when she was not allowed to go home.

After the death of Josie lover squandered all her savings, and even married her niece. Then the body of Arlington was transported to another place, and it seems Josie Arlington still has not found peace. Her mausoleum was called the "Burning Tomb".

William was the first American governor after purchasing Louisiana in 1803. He faced many problems: he did not understand French (and this is with the total domination of the French-speaking), he faced the struggle of the cultures and peoples of France and Spain.

Claiborne devoted years to planting the pirate Jean Laffit, but he could not - in 1826 the smuggler suddenly disappeared. The governor died, having achieved nothing in his lifetime. 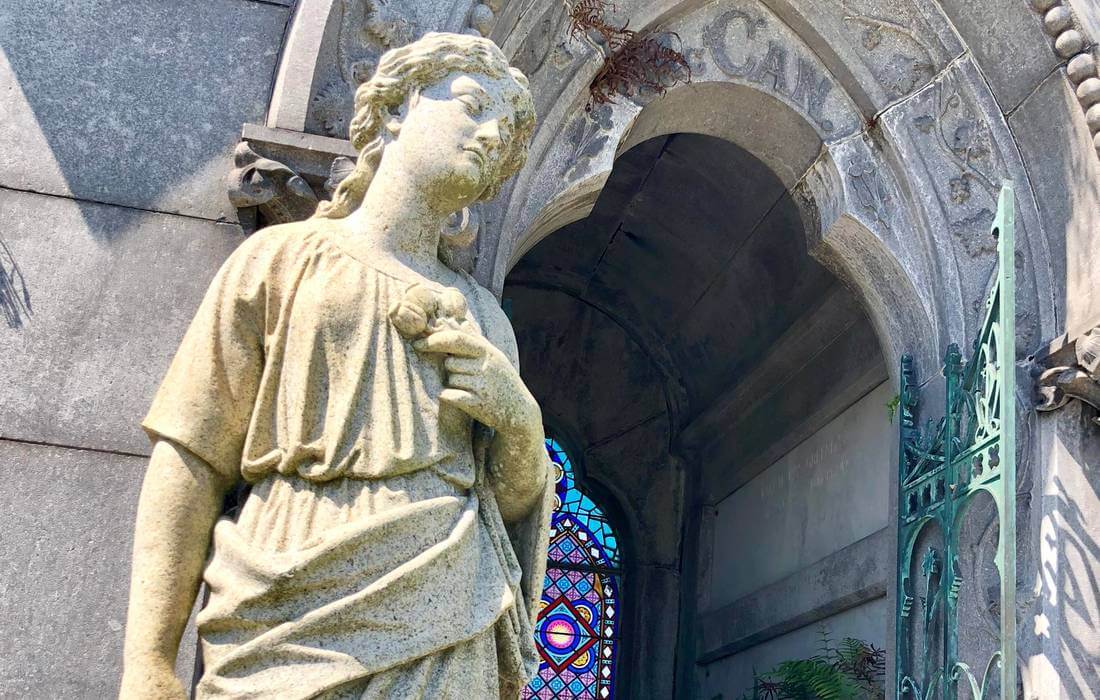 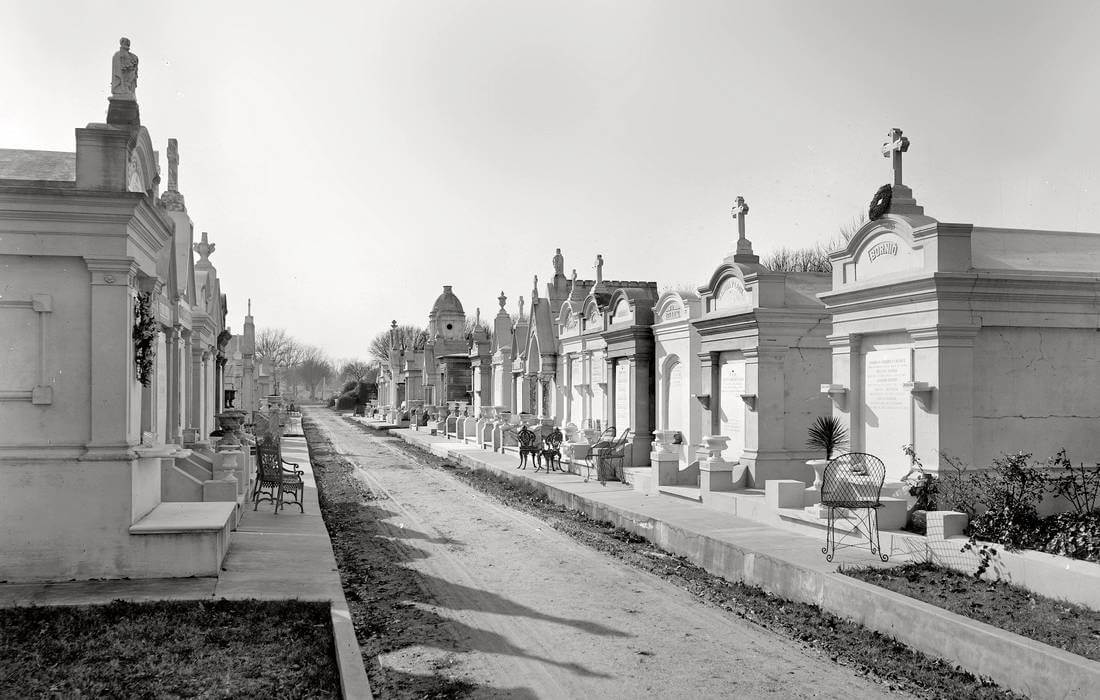 The only black governor of Louisiana. He was born in 1837 from a white father and black mother. After the death of his father, when Pinchbek was still young, he and his closest relatives fled to New Orleans.

Pinchbek worked as a captain of the Mississippi riverboat, and also served in the Civil War. He became lieutenant-governor in 1871, when the past official was ousted. Pinchbek became known for having created the University of Southern University.

To his death in 1921 in Washington, he was forgotten by all as a politician. Pinchback's body was returned to New Orleans, where he was buried in a private family crypt.

This army fought in the Civil War on the side of the South. After the battle at Stone River, the army lost 11 thousand people and began to retreat, some became deserters.

After the death of the soldiers in the cemetery they erected a tomb. At its top is a statue of General Albert Sidney on a horse. At the entrance to the tomb is a statue of a Confederate officer with a list of the dead in his hands. General Johnston was also buried here until his ashes were taken later to Texas.

Interested in the history of the Metairie cemetery? If you want to visit all the graves mentioned or discover something new, American Butler organizes a tour of this mysterious place. And do not roam here at night!
Send a request
Also read
Church of St. Alphonsus
The Church of St. Alphons is a historic building of a former church on Konstanz Street in New Orleans, Louisiana. Completed in 1857, it is one of the few that has preserved the national image of a rich… Read more
Cafe du Monde
Although there are many coffee shops in New Orleans, and many of them are located in beautiful and historic quarters, not one is more recognized than Café du Monde. A trip to New Orleans will not… Read more
French Quarter
The French Quarter is the only untouched colonial settlement left in the United States. This is the historic center of New Orleans, which since 1718 has withstood hurricanes, floods, fires, yellow fever… Read more
Pontalba Buildings
Pontalba - a residential complex consisting of apartment buildings. It is located in New Orleans, on Jackson Square. The complex bears the name of the builder, Baroness Pontalba, the daughter of Andres… Read more
10 traffic rules in the USA
You came to the US and wanted to rent a car, but you doubt the knowledge of the rules of the road in another country? It's okay, there is a way out. Read tips from American Butler! Читать еще
Buy car in the USA
Читать еще
American writers
Читать еще
American cuisine
Who said that apart from fast food in America, there is nothing to eat? All this is bullshit, American cuisine - the most diverse, nutritious and interesting in the world! One name for the tex-mex direction… Читать еще
Smoking in the USA
Smoking is the bad habit that infected the whole world from America. But modern Americans themselves are not particularly loyal to smoking. How it happened, let's try to figure it out. Читать еще
Atchafalaya Basin
The Atchafalaya Basin is the largest river swamp in the country, containing almost a million acres of bottom hardwood, marshes, flood and swampy lakes of America. The pool begins just outside Simmesport… Читать еще
Mount Charleston
The view of the snow-capped mountains seems a bit surreal when Las Vegas still feels the warmth of the desert sun. At 11,916 feet above sea level, Charleston Peak is covered in snow for more than six… Читать еще
Comic-Con International
Comic-Con is an exhibition that educates people about pop culture. The bet is on comics and related art forms. Organizers support public presentations and exhibitions on the historical contribution of… Читать еще
Metairie Cemetery 5 1 0 0
Sharing: