The New Orleans Pharmacological Museum, listed as a historic building on the National Register of Historic Places, displays its extensive collection and provides educational programs to preserve the rich history of pharmacy and health care in Louisiana.

What is the Pharmacy Museum

When you enter inside, you will immediately feel that you are transported into the past. The eerie atmosphere of an old pharmacy filled with outdated medicines makes many visitors feel a little scared. The history of early drug development in the United States will surely appeal to audiences of all ages. Even children will find something interesting in exhibits such as soda fountains.

Despite the size of this museum, guests usually spend at least 1 hour inside. Some visitors stay 2 hours or more. 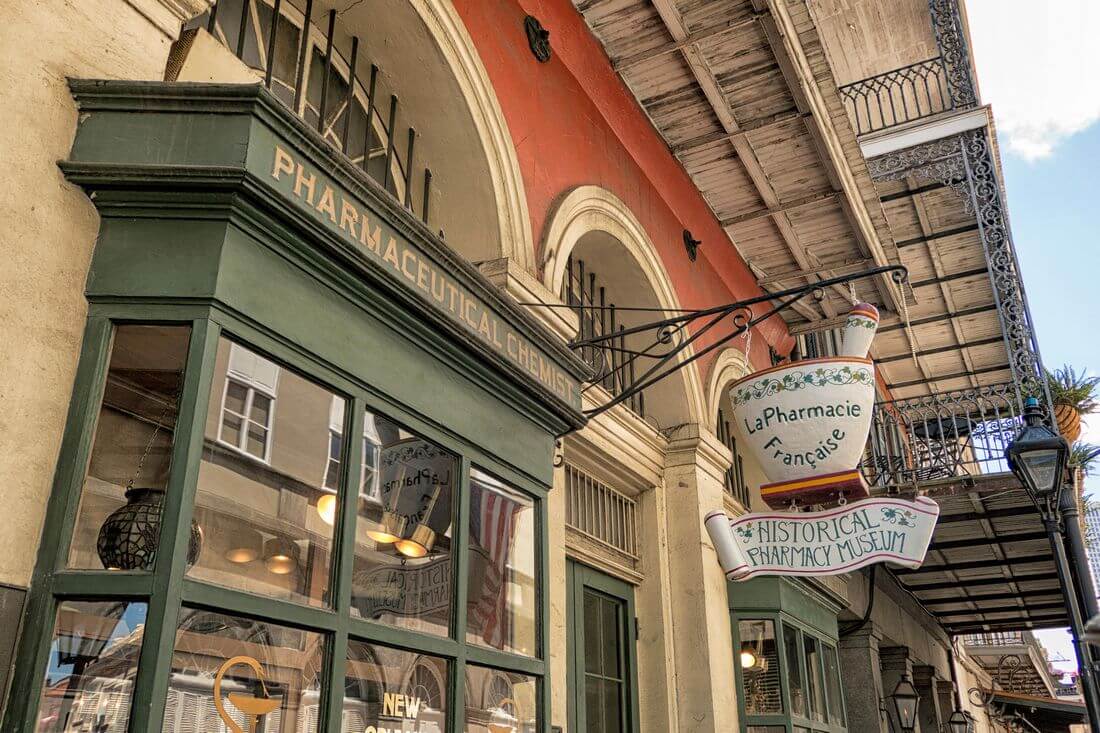 The most significant contribution to the history and integrity of the pharmaceutical field occurred in New Orleans only in 1816. 12 years earlier, in 1804, Louisiana, led by Governor Claiborne, passed a law that required licensing for pharmacists who wanted to pursue their profession.

Before the adoption of this law, there were some informal measures for licensing the territory, but they were not applied. A person could study for six months, and then compose and sell their own mixtures without any rules or standards. The public received the wrong doses and wrong medications. In 1804, Governor Claiborne decided to fix it.

Louis Dufil was the first to pass the licensing exam. This made his establishment the first drug store in the United States based on evidence-based medicine. He and his family lived in this place in an apartment on the 2nd floor until 1855, when a pharmacy was sold to a man named Dr. Joseph Dupas.

Instead of turning the pharmacy over time into something else, Dupas decided to make a museum out of the old store. Old bottles and medicines of the 1800s are still stored in this place.

Those who believe in paranormal phenomena may be interested in hearing about the rumors, the ghost of Dr. Dupas is still wandering around the old museum - some visitors claim to have seen the old man in a brown suit and top hat. Although this, obviously, cannot be confirmed.

Exhibits of the Museum of Pharmacy

Although the museum has many historical exhibits, the owners are doing everything possible to make things look like a real pharmacy. As a result, you will find many gizmos that reflect certain moments in the history of medicine.

While many people did not trust these potions, there were times when the treatment prescribed by Voodoo Priestess was much more effective and based on legitimate herbal medicine than anything offered by the others. 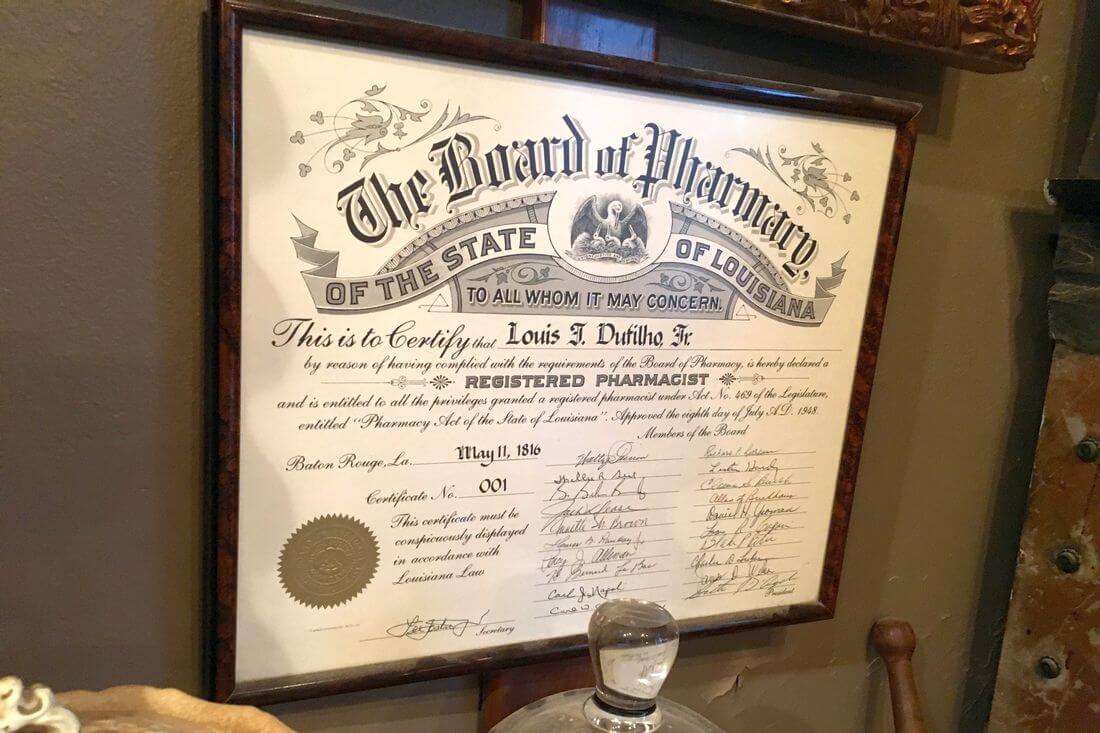 Some of the ingredients they used for these products may be dubious for a modern audience, but you will be surprised at how many elements remain in most perfumes and cosmetics to this day. Medicines intended for women of those times also contain alcoholic or narcotic components.

Can you believe that the effervescent drinks we give our children today were once considered medicinal? Initially, bitter medicines were mixed with sugary drinks to make them more attractive to customers. This is one of the reasons Coca-Cola once contained the ingredients of a coca plant - commonly known today as a source of cocaine. This ingredient was removed from the drink in 1903.

They may look incredibly outdated, but many of the current inventions in the field of surgery were actually influenced by some of the tools you will see in this museum.

This exhibition includes various glasses used for the visually impaired. Although some styles and concepts are still used to this day, many of them have changed over time.

Visit the Pharmacy Museum with the assistance of the American Butler Travel Agency.

We will select a guide for you and arrange a tour!
Send a request
Also read
New Orleans Museum of Art
The New Orleans Art Museum (NOMA) is one of the oldest institutions in the city. It seeks to preserve, represent and enrich its collections and the famous sculpture garden. Owners unite, inspire and attract… Read more
Mardi Gras World
Mardi Gras is a giant carnival held annually in Louisiana. The last season included 54 parades and presented 1,061 mobile platforms, 588 orchestras and more than 135,000 participants. The entire route… Read more
The National WWII Museum
The National WWII Museum is a military-themed museum located in the center of New Orleans. The museum is dedicated to the US contribution to the Allied victory in the Second World War. The permanent collection… Read more
Where to ski in the USA?
Читать еще
Credit history
America lives on credit - everybody knows it. But how do the Americans manage not to get caught up in debt? We will help to understand this issue and not to break the eye of complex terms. The new material… Читать еще
Mark Zuckerberg
Читать еще
Who invented the hot dog
Читать еще
Hoover Dam
Hoover Dam is one of the highest dams in the world, and at the same time a powerful hydroelectric power station. Tourists and residents come here to see the incredible scale of construction, go boating,… Читать еще
Craft Contemporary
Craft Contemporary is a building with more than half a century of history, a gallery of folk art. Since Los Angeles has become an important international art center, the Museum of Crafts and Folk Art… Читать еще
Pharmacy Museum 5 1 0 0
Sharing: