The New Orleans Art Museum (NOMA) is one of the oldest institutions in the city. It seeks to preserve, represent and enrich its collections and the famous sculpture garden. Owners unite, inspire and attract under one roof the most important works of art of various cultures. 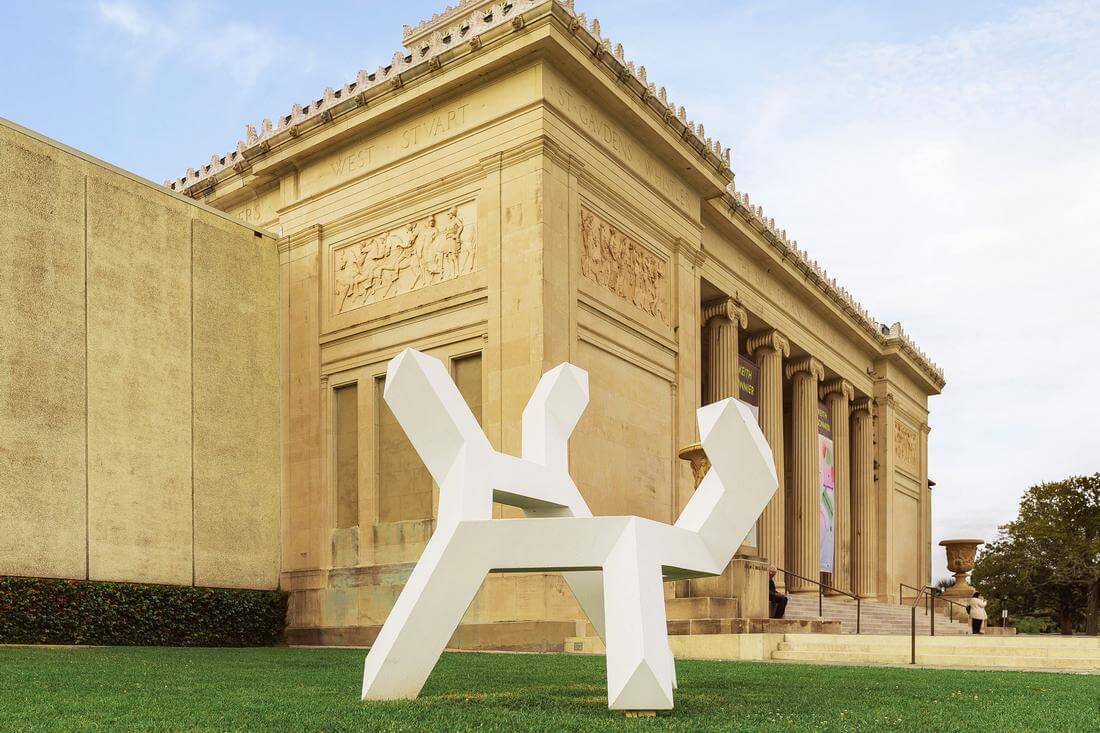 NOMA stores almost 40,000 items. The collection continues to grow and is known for its prominent representatives of French, American art and photography.

Sculpture Garden is one of the most important installations in the USA. It contains 60 sculptures located on a picturesque landscape among paths, old majestic trees and plants.

New Orleans Museum of Art continues to exhibit works of art from ancient times to the present. Paintings, drawings, prints and arts and crafts explore the development of Western civilization from the pre-Christian era to the present day.

Among the treasures of NOMA is a group of works by the impressionist Edgar Degas. The collection of works by masters of the Paris School includes paintings and sculptures by Picasso, Braque, Dufy, Miro and others.

The New Orleans Museum of Art has developed the unique Arts of the Americas collection, exploring the cultural heritage of North, Central and South America from the pre-Columbian period to the Spanish colonial era. It is rich in Mayan culture, as well as painting and sculpture from Cuzco, the fabulous Spanish capital of Peru.

An important part of the exposition of American art is a set of old halls with furniture of the 18th and 19th centuries and decorative and applied art. 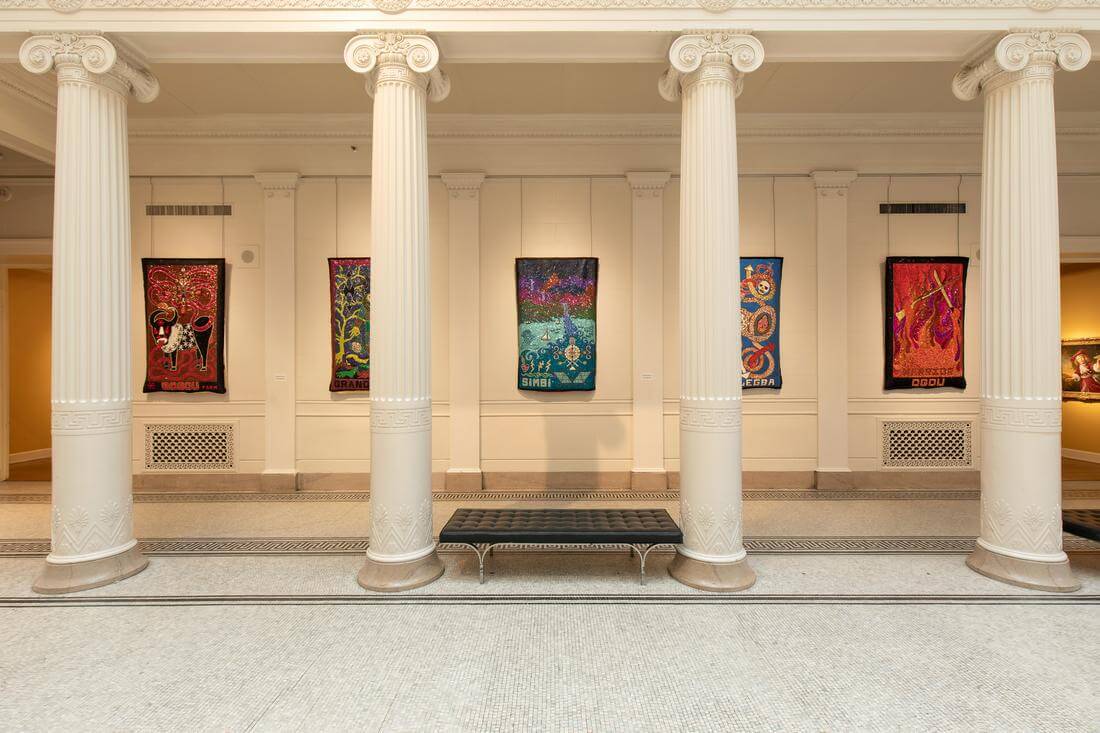 History of the Museum of Art 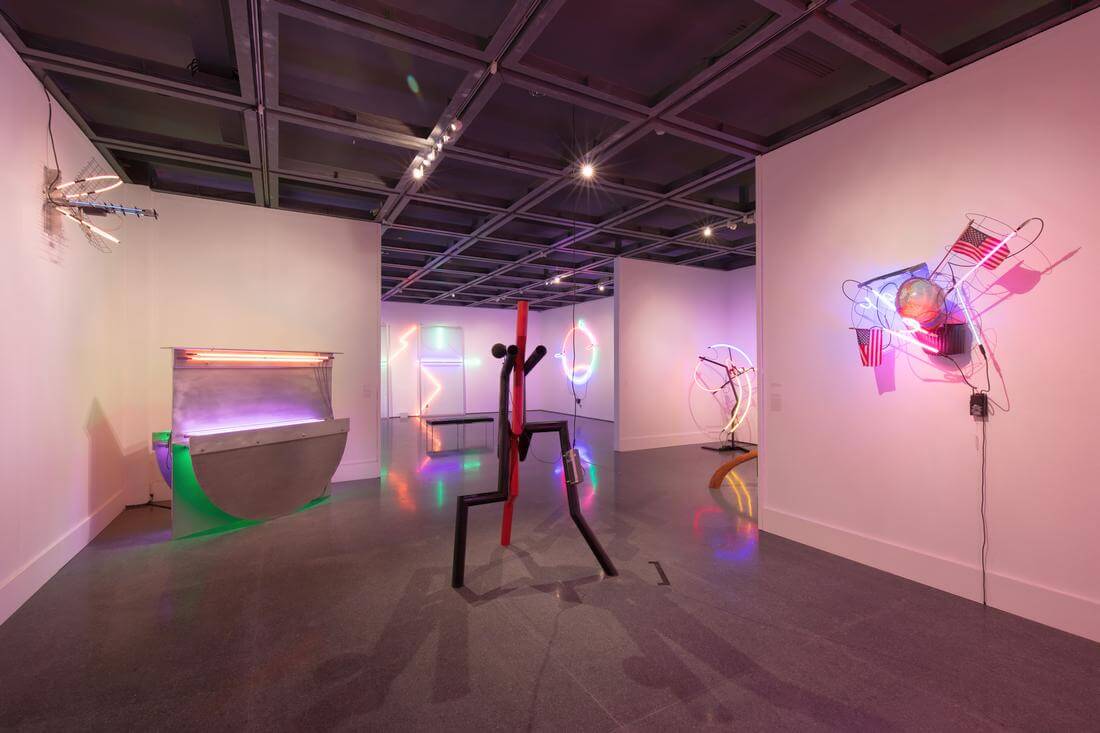 The museum was originally funded by donations from the local philanthropist and collector Isaac Delgado. The building itself was designed by the chief city engineer Benjamin Harrod.

When Isaac turned 71, he asked the City Park Council to build a museum in New Orleans. In his petition, Delgado said that he wants to give the inhabitants of New Orleans a building where works of art can be assembled under one roof.

The request was approved and on December 11, 1911, the Isaac Delgado Museum of Art opened its doors. However, Isaac himself was not present at the opening due to health problems; and later he died at all.

In 1993, NOMA started a $23 million expansion and reconstruction project. The scale of expansion and renewal allowed him to become one of the 25% of the largest and most important museums of fine arts in the country.

Hundreds of thousands of visitors passed through its doors to see iconic international exhibitions, such as In Search of Immortality: Treasures of Ancient Egypt, America of Jefferson and France of Napoleon, Treasures of Tutankhamun, In Search of Alexander the Great, and Monet: Late pictures. "

Although the city park was badly damaged by Hurricane Katrina in 2005, most of the museum’s permanent collection has been preserved since the building is located on a raised platform. Today, the art museum is one of the best, presenting many unique and rare exhibits. 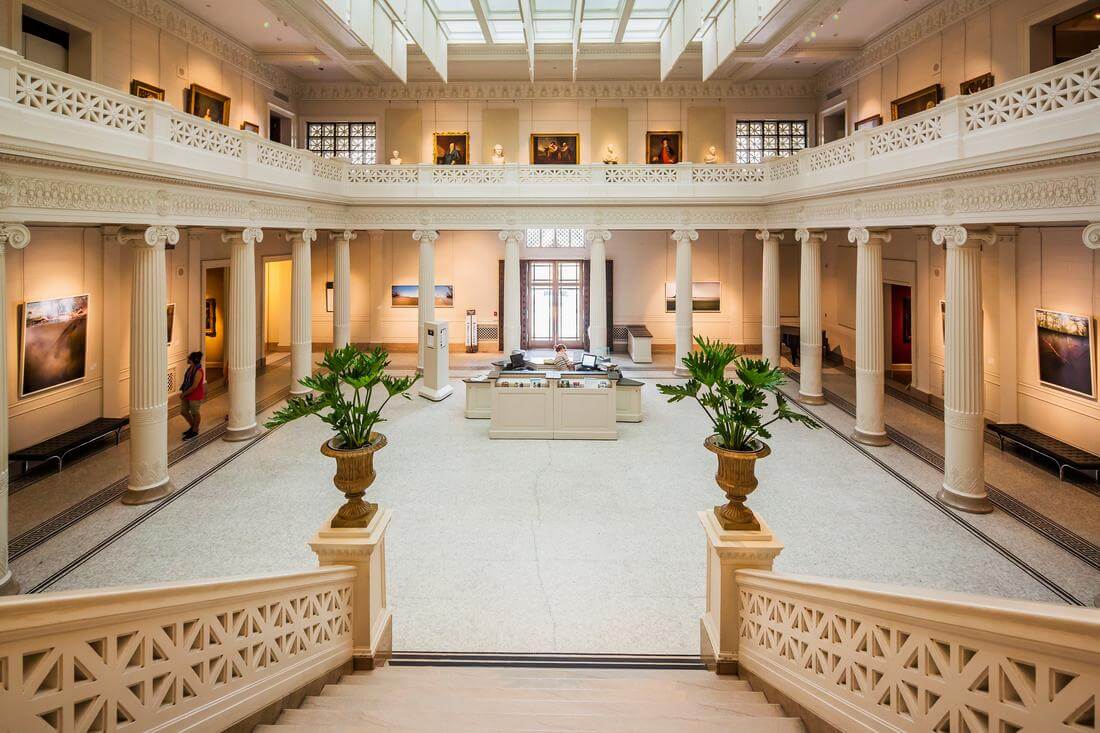 The museum collaborates with the New Orleans Historical Collection and the Louisiana State Museum; they jointly develop special exhibitions. Earlier, for example, they brought the treasures of the tombs of Egyptian emperors, relics of Alexander the Great and paintings by Edgar Degas.

As for a century, NOMA continues to be a gathering place for all those who seek to share the beauty of this unusual collection of world art and learn from it. The museum attracts, educates and enriches various groups in the New Orleans area.

The museum building is available for rent for large private parties, weddings and receptions and corporate events.

NOMA is waiting for you with American Butler - we will prepare a tour for you at any convenient time!
Send a request
Also read
Pharmacy Museum
The New Orleans Pharmacological Museum, listed as a historic building on the National Register of Historic Places, displays its extensive collection and provides educational programs to preserve the rich… Read more
Mardi Gras World
Mardi Gras is a giant carnival held annually in Louisiana. The last season included 54 parades and presented 1,061 mobile platforms, 588 orchestras and more than 135,000 participants. The entire route… Read more
The National WWII Museum
The National WWII Museum is a military-themed museum located in the center of New Orleans. The museum is dedicated to the US contribution to the Allied victory in the Second World War. The permanent collection… Read more
10 traffic rules in the USA
You came to the US and wanted to rent a car, but you doubt the knowledge of the rules of the road in another country? It's okay, there is a way out. Read tips from American Butler! Читать еще
How to get a mortgage in the US
Planning to buy property in the US, but you do not have enough money to buy a long-awaited home? You can ask for a mortgage loan in one of the US banks. In order to know all the conditions and rates,… Читать еще
Walt Disney
Disney cartoons are forever. Who did not cry under the "Lion King" and "The Little Mermaid", did not hang out in front of the "Cinderella" and did not try to speak like Donald Duck? But usually we see… Читать еще
US Michelin restaurants
We continue the theme of restaurants! We take above - restaurants throughout America. And not just good, but the best of the best. So, the top 10 three-star restaurants according to the Red Michelin Guide.… Читать еще
Smoking in the USA
Smoking is the bad habit that infected the whole world from America. But modern Americans themselves are not particularly loyal to smoking. How it happened, let's try to figure it out. Читать еще
Atchafalaya Basin
The Atchafalaya Basin is the largest river swamp in the country, containing almost a million acres of bottom hardwood, marshes, flood and swampy lakes of America. The pool begins just outside Simmesport… Читать еще
Mount Charleston
The view of the snow-capped mountains seems a bit surreal when Las Vegas still feels the warmth of the desert sun. At 11,916 feet above sea level, Charleston Peak is covered in snow for more than six… Читать еще
Comic-Con International
Comic-Con is an exhibition that educates people about pop culture. The bet is on comics and related art forms. Organizers support public presentations and exhibitions on the historical contribution of… Читать еще
New Orleans Museum of Art 5 1 0 0
Sharing: