The National WWII Museum is a military-themed museum located in the center of New Orleans. The museum is dedicated to the US contribution to the Allied victory in the Second World War.

The permanent collection of the museum fills a five-story complex dedicated to various topics. In addition, a number of temporary exhibitions and special events take place in the museum throughout the year. 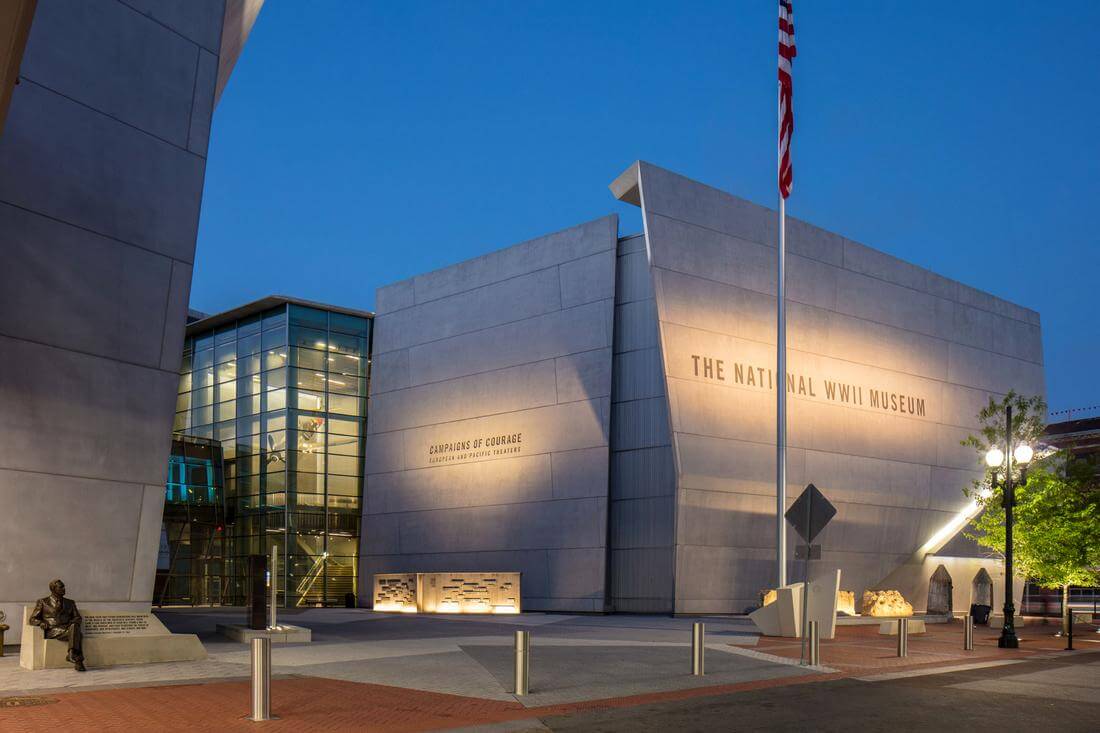 Opening date - June 6, 2000, on the 56th anniversary of the exhibition D Day, focus on the landing invasion of Normandy. The choice of New Orleans is quite unusual, since other attractions of the city are not related to the XX century.

New Orleans, famous for its food, music and nightlife, really has a connection to American military history. That's just the most likely to think of him as the site of the battle for New Orleans in 1814 and as the first major Union-occupied southern city in the Civil War.

However, in fact, there is a strong connection of New Orleans with the Second World War, and especially with the invasion of Normandy. The Higgins Boat landing craft, which were vital to the operation, were designed, manufactured and tested in New Orleans.

Although the initial focus was on landing on Day D and the battle for Normandy, it was clear from the very beginning that the museum would not be limited to one event in a great war. Instead, the main focus of the museum was expanded to cover America’s role in World War II, both on the mainland and abroad.

The museum closed for three months after Hurricane Katrina, which destroyed New Orleans in 2005, and reopened on December 3 of the same year.

Visiting the museum continues to grow: from 400,000 people in 2010 to 700,000 in recent years. In 2017, the museum received the TripAdvisor Travelers Choice Award as the No. 2 museum in the United States and in the world. 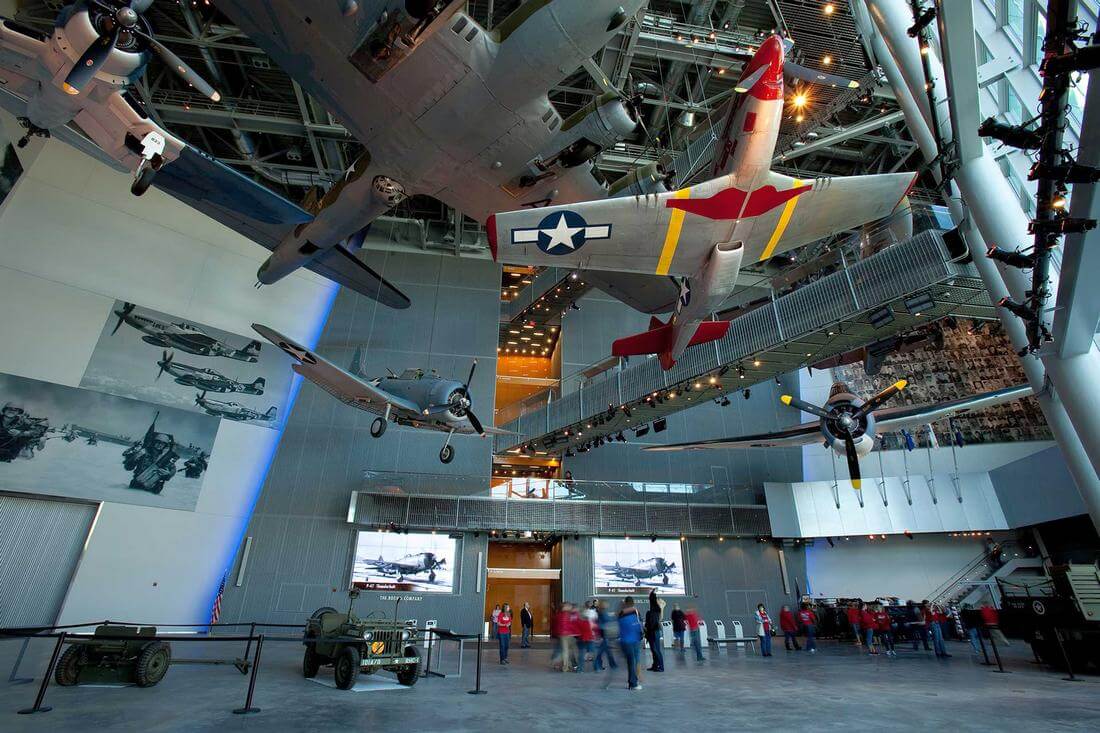 Description and exhibits of the museum 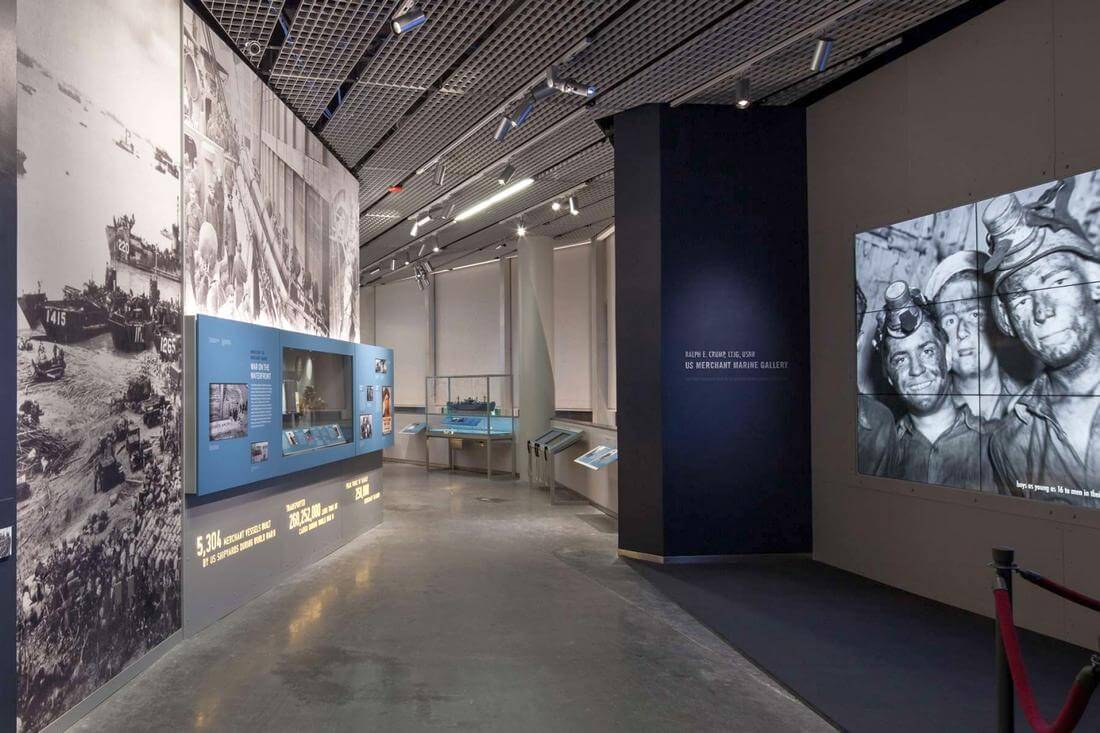 Visitors entering the main atrium of the museum will immediately feel as if they were in a different time. Visitors get access to the collection of the museum vehicles of the Second World War.

The large atrium of the Louisiana Memorial Pavilion exhibits several aircraft, including the Supermarine Spitfire and Douglas C-47 Skytrain, suspended from the ceiling. This pavilion also demonstrates the LCVP, or “Higgins Boat”.

The exhibits in this pavilion are devoted to landing on the European theater of operations. The Louisiana Memorial Pavilion is also home to temporary exhibitions, as well as an interactive train car.

This part of the museum includes several permanent galleries, including Home Front, Planning for D-Day and D-Day Beaches. The third floor of the Louisiana Memorial Pavilion includes a viewing platform for closer observation of the aircraft.

In January 2013, the US Liberty Pavilion, which is the largest building on campus, was opened in the museum. The US Freedom Collection includes the B-17E Flying Fortress, B-25J Mitchell, SBD-3 Dauntless, TBF Avenger, P-51C Mustang and Corsair F4U-4 bombers. The pavilion was paid for with a donation of $15 million from Boeing and a grant of $ 20 million from the US Department of Defense.

In December 2014, the museum opened part of the Campaign of Courage pavilion dedicated to the European theater of military operations, as well as to the war in the Pacific. Its area, including both galleries, is 32,000 square feet. 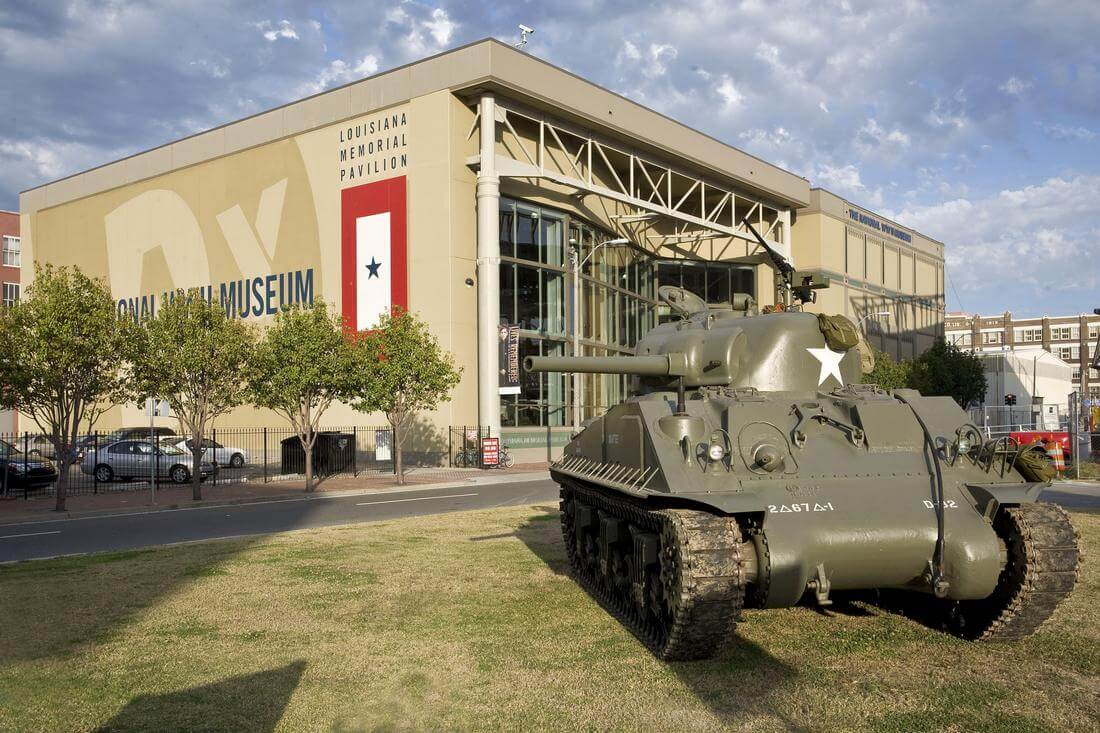 In June 2017, in the Memorial Pavilion of Louisiana, a new exposition “Arsenal of Democracy” opened, telling about the experience of working in the rear.

The museum also has plans to open the so-called Liberation Pavilion by 2020. His goal is to explore the “price and value of liberation,” as well as how the legacy of World War II affects us today.

Visit the museum together with American Butler - we will help you to get to the place and book a tour!
Send a request