As an important American city, New Orleans, of course, has several world-class museums. National Museum of the Second World War is as impressive as any other, and the New Orleans Art Museum takes its place on the national scene.

Since this is New Orleans, there are some surprisingly bizarre options. Death Museum and Pharmacy New Orleans in their own way fit into the urban look, and the Backstreet Cultural Museum honors customs that could develop only in such a city.

The best museums of the city

The Ogden Museum of Southern Art is associated with the Smithsonian Museum and, as its name implies, is famous for the culture and aesthetics of southern artists.

The permanent collection of the museum has more than 4,000 exhibits from 15 states. Some works date back to 1733 and represent the largest collection of southern art in the world. The exhibitions include paintings, photographs and sculptures, as well as historical works along with contemporary artists.

The building itself, located deep in the city park, is impressive and grand with its alabaster walls and Greek-Roman columns. There is also a beautiful five-acre sculpture garden with artworks under magnolia trees and Spanish moss covered oaks.

Inside the collection is no less impressive: French and American art and exhibits representing everything from fashion to digital media. It remains one of the most impressive collections of the fine arts of the South.

The Trim area is one of the oldest African American neighborhoods in the country. And the museum itself is one of the most extensive archives of traditions and social movements that have arisen in the area.

The most colorful part is the collection of masks and costumes from the Mardi Gras festival. The collection also contains information and artifacts related to the funeral of jazzmen, social assistance and entertainment clubs. 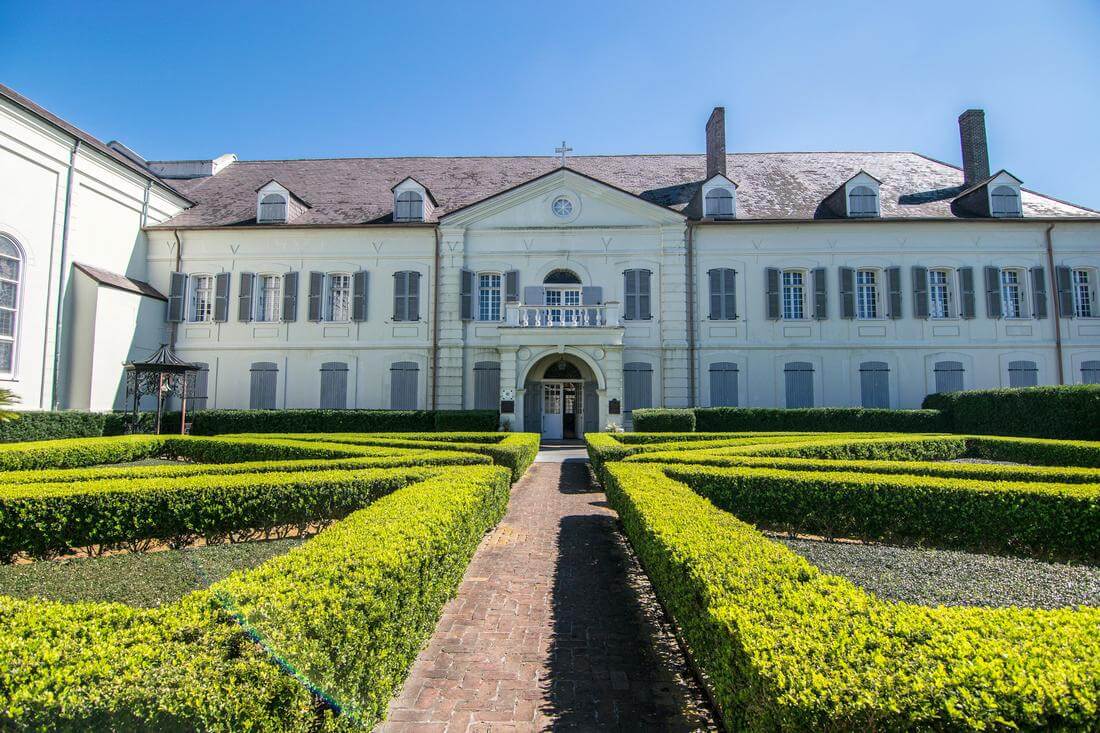 The Historic New Orleans Collection is located on a beautiful campus in the heart of the French Quarter. Approximately 10 buildings date from the end of the XVIII century. And during the archaeological excavations were found the remains of the barracks, which date back to 1720. 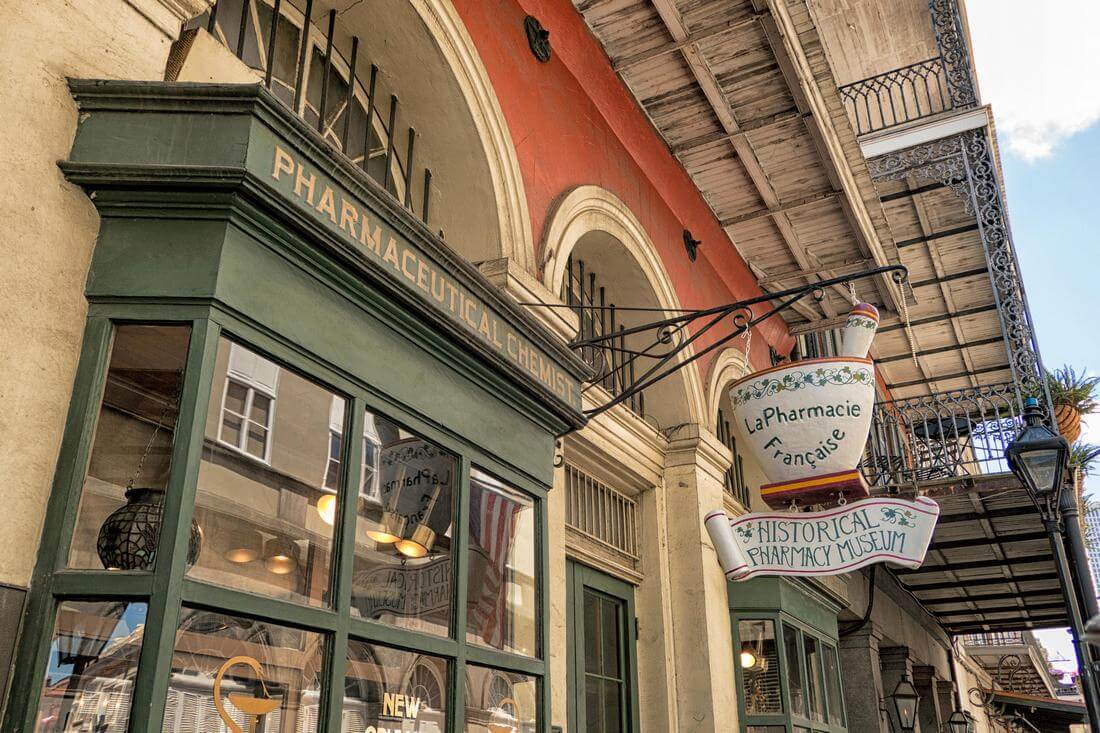 In the French quarter there are impressive old buildings, one of which is undoubtedly a monastery built in 1752 and one of the best examples of French architecture in the United States. The building has lived many lives: a monastery, a school building, the residence of the archbishop, the residence of the city legislature. Inside, behind a simple facade, there are wooden stairs and stained glass windows.

This historic building on Chartres Street in the French Quarter has not changed significantly since the nineteenth century. Once upon a time, the first licensed American pharmacist Louis Duphillo Jr. lived here.

The collection includes hundreds of artifacts: bottles of hand-made drugs, potions that were once used by practitioners of voodoo, surgical instruments, prostheses and old wheelchairs. It also reconstructed the working area of pharmacists of the 19th century. 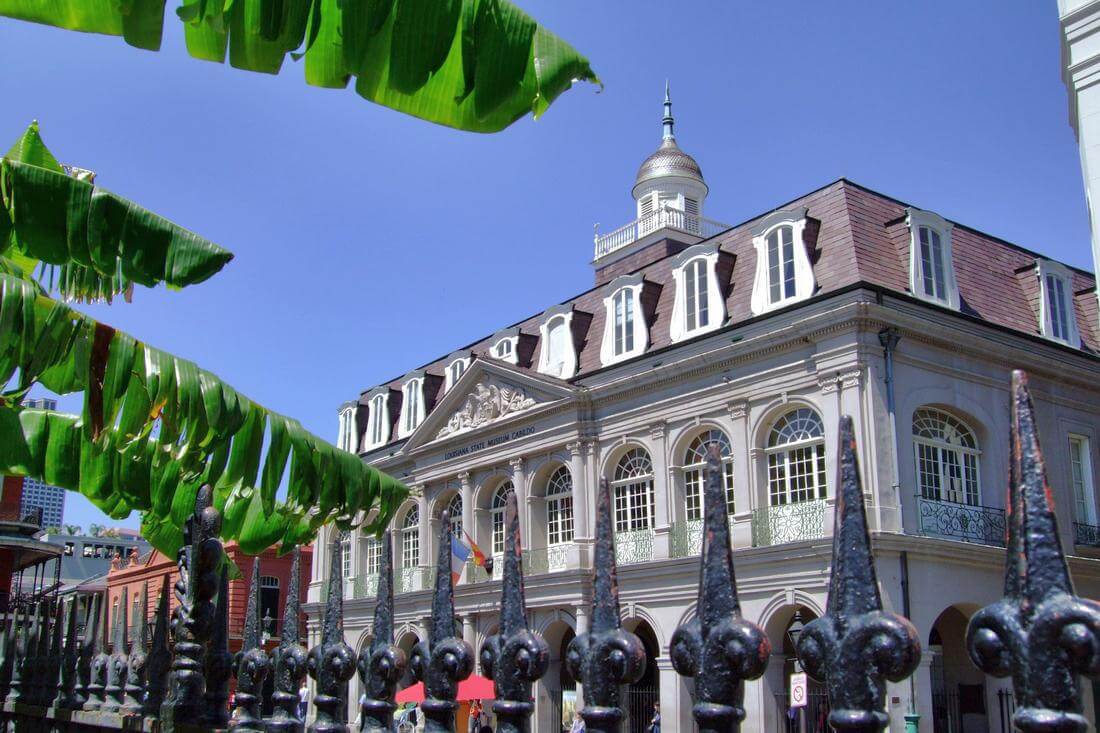 Spanish arches and the roof of the majestic old French-style Cabildo building bring a touch of kingdom to Jackson Square. This is a Louisiana shopping spot, so the building has its historical significance.

But it also houses an extensive collection of artifacts dating back to the time of the earliest explorers, including portraits of prominent figures, original documents, and artifacts covering everything from the civil war to the culture of the indigenous people of America in this region. The most famous item, probably the death mask of Napoleon, is one of the four existing ones.

In 2008, this well-known food organization opened its doors to the Riverwalk Marketplace. The Museum of Southern Food and Drinks, also called the Sofab Institute, is a non-profit organization dedicated to the study and celebration of southern traditions in the field of food, beverages and culture.

Let yourself be inspired by the atmosphere and history of New Orleans by visiting museums along with a guide from American Butler!
Send a request