The legendary Versace villa in Miami Beach is a stunning palace and former home of the famous and talented fashion designer. At the moment, it houses the luxurious Gianni's Restaurant and hotel Villa.

Gianni Versace is a famous fashion designer and fashion icon was a truly amazingly talented artist who managed to create an amazing architectural masterpiece that incredibly combines cosiness and pomp, luxury and pretentiousness of lines with solemn simplicity and grace.

The Casa Casuarina building was built back in 1930 by Alden Freeman, the son of the then-famous industrialist Joel, who was associated with the oil giant Standart Oil and was one of the co-founders of the company’s fund. Alden was very fond of traveling and once, having visited the islands of the Dominican Republic, he was impressed by the Alcazar De Colon Palace, built by the son of Christopher Columbus. As an architect, Freeman decided to bring his inspiration to his own oceanfront home in Miami Beach. So the famous villa appeared, which originally consisted of 24 rooms, in one of which Alden lived. He leased the rest of the premises, and his friends who visited the patron also stayed in them. 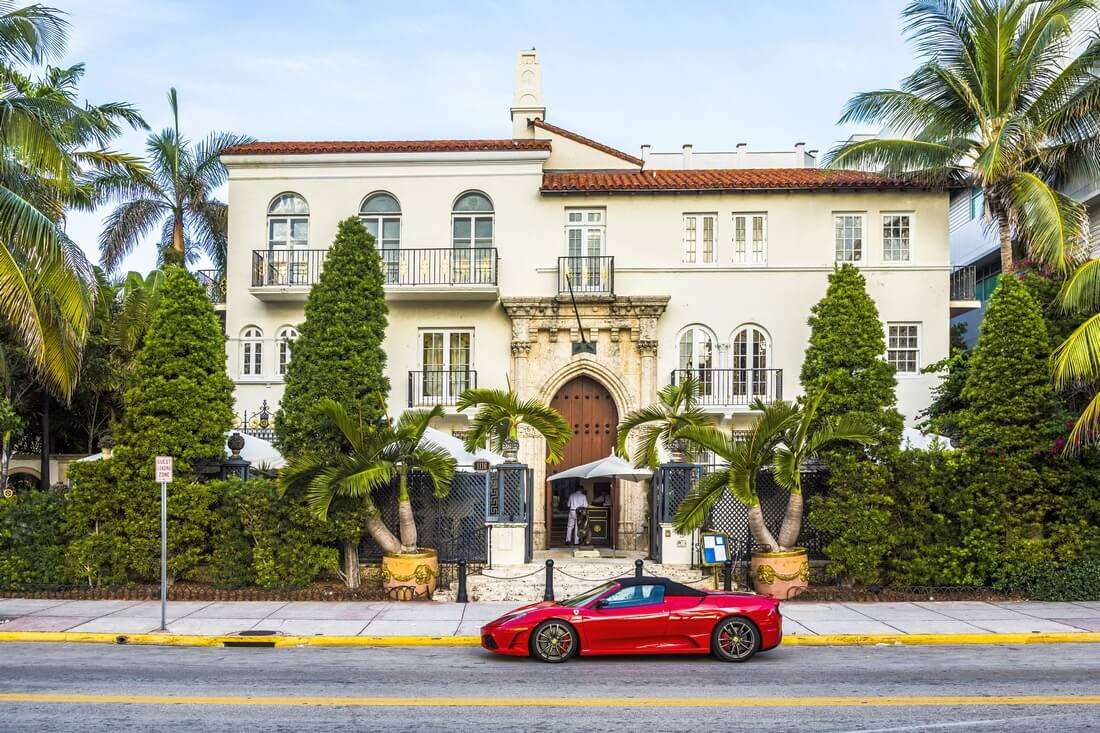 In 1937, Alden Freeman died of a long illness, and the building was resold to Jacques Amsterdam, who purchased the building for $100,000. Jacques continued to lease the rooms, but made a small renovation of the building: he added an elevator shaft and made small changes in the courtyard. The villa was renamed the Palace of Amsterdam.

For several decades, the building passed from hand to hand to different owners, a large number of residents lived in it, until in 1992, Gianni Versaci came to rest in Miami Beach. He bought the villa that Freeman had originally built for $2.9 million, as well as the neighboring hotel for $3.7 million, which he eventually destroyed, and attached a garden and pool to Casa Casuarina in its place. As a result, Versace invested another $32 million in property restructuring.

The architectural complex successfully combines the artistic traditions of old Italy with its intricate palaces, huge halls and complex transitions, the strict and impeccably accurate Venice of the Renaissance and the sweeping spirit of America. To put it bluntly, Villa Gianni Versace deserves attention no less than Versailles.

In the design of the floors, the artist preferred the mosaic of flowers of the Mediterranean majolica, generously diluting the bright deep colors with the radiance of gold. Antique ornaments intertwine with the dead head of the Gorgon, traditional for the House of Versace. Traditional frescoes and mosaics form the basis of the tonal range of the Versace villa in Miami Beach. Frescoes - painted directly on raw plaster. Italian frescoes do not need additional frames, except for architectural ones, organically fit into the architecture of the building and form a special space.

Villa Versace in Miami Beach can be fully regarded as an amazingly selected museum of fine arts. Unique wrought iron and castings, partitions and gates, marble carvings, a combination of old works by Italian masters and contemporary artists working in the antique style. Some of the sculptures are made of glass, some imitating Italian palaces are made of marble. Gianni Versace laid gold mosaic ornaments on the floor with his own hand. The windows of Gianni Versace’s villa are gracefully stained glass, imitating the style of the papal palace in the Vatican. Stained-glass windows let light through, staining it in various colors of a finely selected range, but do not allow you to look inside.

The furniture of Villa Versace is also made according to the artist's sketches in ancient traditions, including inlay and porcelain painting.

For artists of Venice, work with reflections is one of the current trends in the art of architecture. The numerous pools of Gianni Versace in Miami Beach reflect the thin Corinthian columns supporting the high arches of the stylized porticos, increasing the already considerable space. 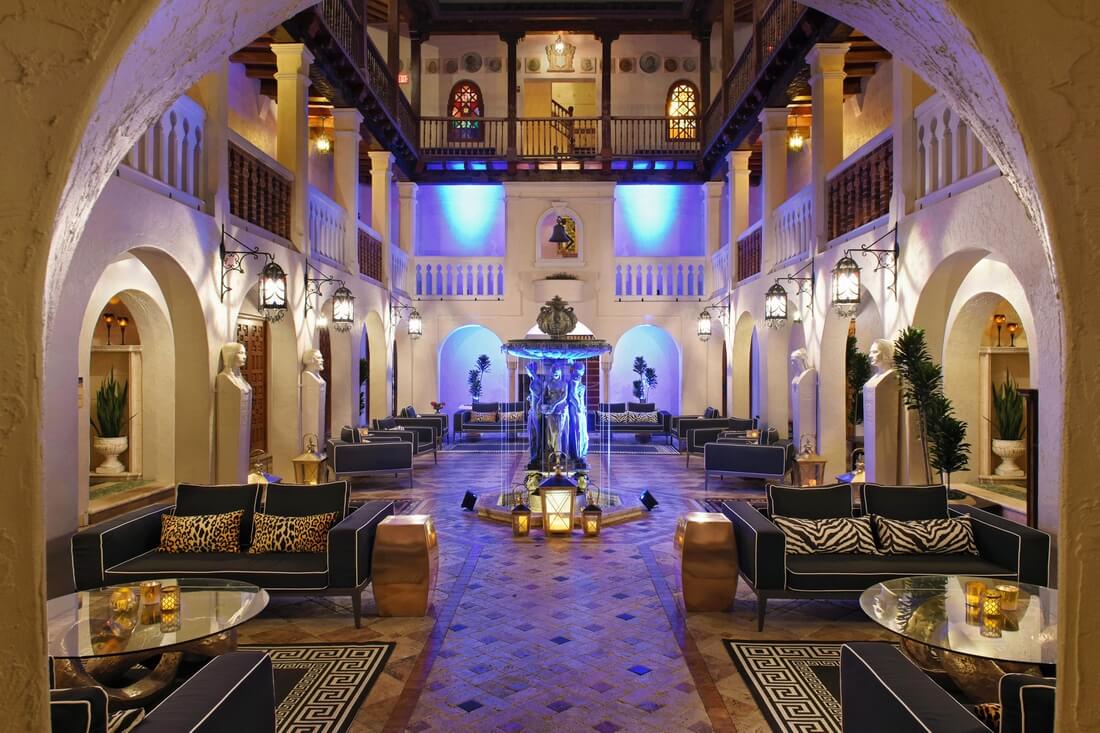 As you know, in our time you are famous if you are friends with celebrities. The circle of communication and sympathy of fashion designer and artist Gianni Versaci can be described as the highest of the American mainstream. Madonna, Elton John, Cher, Prince, Sting - all were welcome guests at the Versace villa and enjoyed spending time in the sophisticated luxury inherent in the artist's interiors.

After the tragic death of Gianni Versace, he was shot dead right on the steps of his magnificent mansion, the popularity of the mansion has paradoxically increased. Everyone wanted to see the creation of the life of a brilliant artist and the place of his death.

Today, in the interiors of the Versace Mansion Casa Casuarina of the former Versace house in Miami Beach, a luxurious hotel and an even more luxurious restaurant are open. You can reserve a table and spend the evening in an incredible atmosphere, among the works of art by Gianni Versace. The place is really very pompous and beautiful, sometimes private events and small weddings are held here. The cost is of course a little overpriced, but for true fans and friends of the fashion designer there are no barriers if you need to touch creativity and talent.

Book a Miami sightseeing tour at American Butler to see this creation.

It is always interesting and informative with us!
Send a request