The Holocaust Memorial in Miami Beach is an expressive monument of pain and suffering, bottomless grief and great hope that this will never happen again. Each year, more than 100,000 tourists visit this memorial to Holocaust victims. 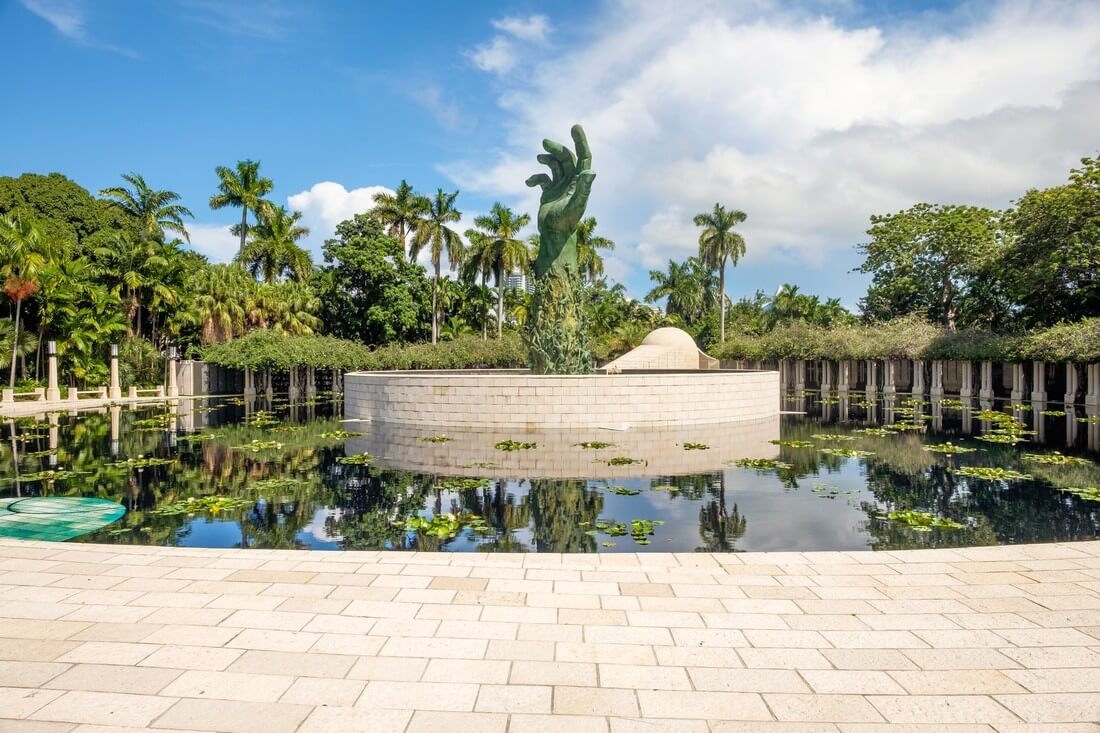 The project to perpetuate the memory of six million representatives of the Jewish people, victims of Nazi genocide, was created in 1984 by a committee consisting of Holocaust survivors. The author of the architectural and sculptural ensemble is Kenneth Traister. The opening of the memorial took place on February 4, 1990. The prisoner of Nazi concentration camps, Nobel laureate, writer Eli Wiesel took part in the ceremony.

Holocaust Memorial is a wonderful testament to the vibrant and distinctive culture of Miami, the significant role of the Jewish community in the life of the city.

The sculptures and exhibits of the Holocaust Memorial in Miami Beach fill the soul with compassion and sorrow, give rise to sad and bright experiences at the same time. The color scheme of the ensemble’s compositions and the variety of materials from which they are made contribute to the depth of emotions: a bronze patina alternates with black granite, and a white Jerusalem stone with a dark red “iron tree” from Suriname.

The central monument of the memorial complex is a sculpture of Love and Flour. It is located on an island in a pond and is a giant arm 30 feet high. A palm open to the sky cries out for help, and the numerous figures of victims surrounding it symbolize the scale of the crime.

What to see at the memorial 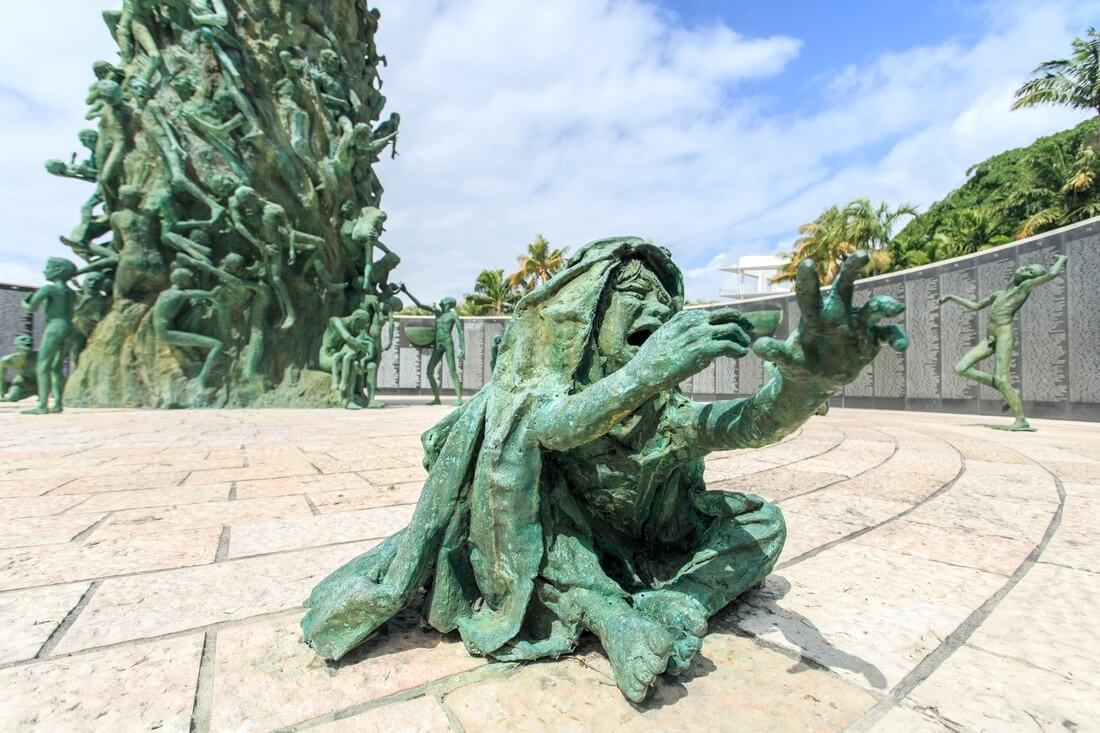 In addition to the sculpture of Love and Flour, it should be noted:

The Miami Holocaust Memorial has an important educational and humanistic function. The memorial complex organizes educational excursions for children, there are memorable evenings dedicated to Kristallnacht, Yom Hashoah and many other dates of the history of the Jewish people.

If you want to see this memorial, book a sightseeing tour at American Butler.

Leave a request or contact us by phone +1-305-588-7298.
Send a request
Miami
What to see
Districts
Museums
Theatres
Zoos
Parks and reserves
Festivals and exhibitions
Health and Sport
Shopping
Restaurants
Nightclubs
Casino