The Torch of Friendship is a monument of a rounded wall and a high-raised torch, like an Olympic one, located in the very center of Miami in Bayside Park on Biscayne Boulevard.

A little story about the eternal flame 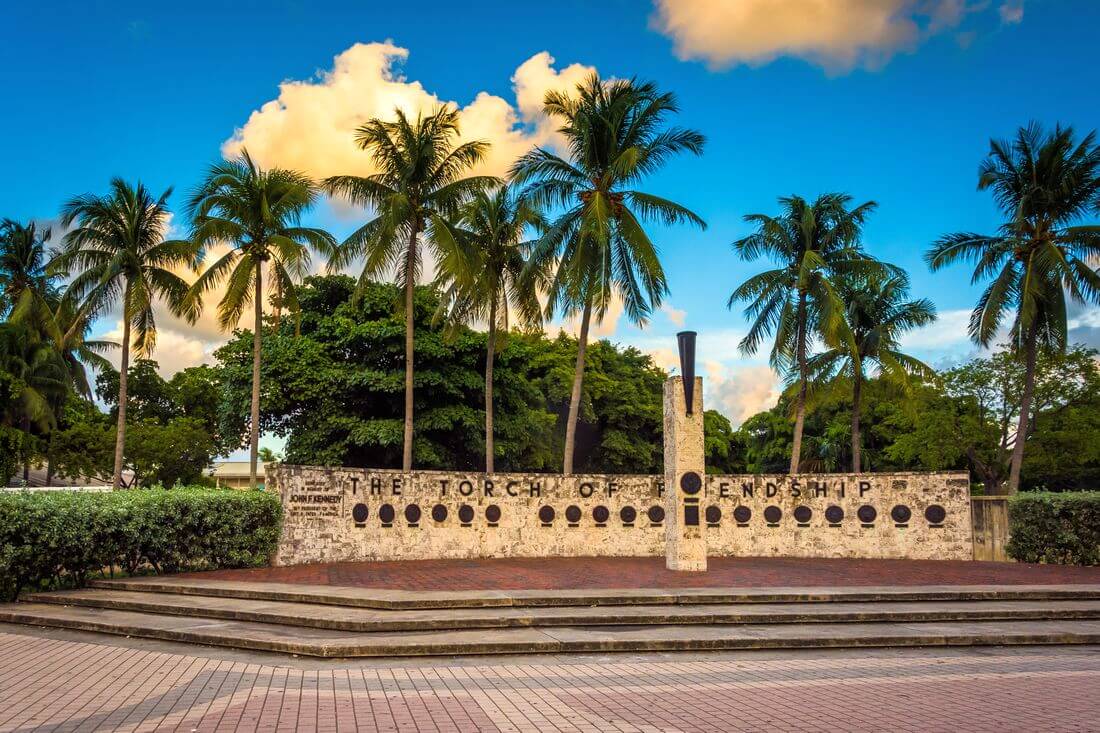 The Friendship Torch is located at 401 Biscayne Boulevard in the beautiful green park of Downtown Miami. The eternal flame symbolizes the guiding beacon that the United States offers to other countries and the hot fire of friendly sympathies.

The monument was built in 1960 and has a historical link to two significant events at once. This is actually a friendly sign from the state of Florida to Latin America and all countries of the Caribbean and a greeting to immigrants from these countries.

The second significant event of the Torch of Friendship was the dedication of a flaming gas torch to John F. Kennedy, one of the most beloved by the people of the US presidents, who tragically died as a result of an still unsolved attempt. It was decided that the monument of friendship would burn like a candle of remembrance over Biscayne Boulevard in honor of the former president. Kennedy’s grave is located in Arlington, but now on the wall of the monument is a commemorative inscription dedicated to John.

For several months, the Friendship Torch did not burn for unknown reasons. There were versions that this was a protest against the wars in Iran and Iraq unleashed by the United States. There was also a version related to the construction of new buildings and road works that could damage the gas pipes. Biscayne Boulevard was just undergoing another reconstruction, expansion, new quarters appeared.

Perhaps the gas pipes were redirected or blocked for safety for the duration of the work. Boulevard newspapers were rumored that the Torch of Friendship was canceled due to unpaid bills. As you can see, the pluralism of opinions was presented in full. Various peaceful and anti-war demonstrations and demonstrations are held next to the monument - this is a significant historical place in Miami. 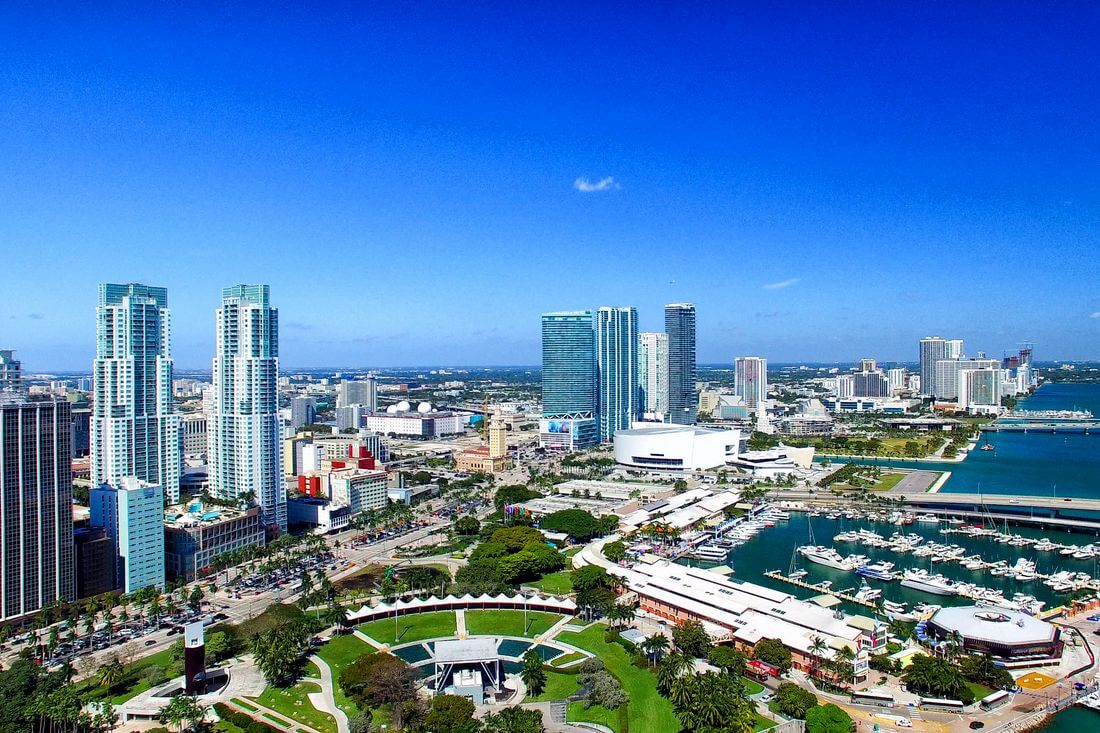 We recommend visiting the Torch of Friendship as part of exploring the historical, interesting, and memorable places of Miami.

American Butler will show you Miami.

Book a tour — we won’t disappoint you!
Send a request
Also read
Miami Circle at Brickell Point
The Miami Circle at Brickell Point is a historical monument in Miami that is of great national importance in US history. The Miami Circle with a diameter of 11.5 m, containing 24 large holes and many… Read more
Miami-Dade County Courthouse
Miami-Dade County Courthouse is located at 73 West Flagler Street. Construction began in 1925 and was completed in 1928. Just at that time, a colossal skyscraper was built with a lighthouse on the roof… Read more
Stiltsville
The mysterious village of Stiltsville, which rests on stilts in the ocean just half a mile from the Florida Lighthouse, cannot be called a Miami calling card. But although not only many travelers, but… Read more
Deering Estate at Cutler
Deering Estate at Cutler is a nature reserve that will surprise even the most demanding traveler. One of the most memorable historical places in the USA is located in Miami. Here, each visitor learns… Read more
How to organize a rest in Miami
Always dreamed of visiting Miami, but consider that it is too expensive and unattainable? In fact, a trip to this wonderful city can be arranged without the help of travel agencies and intermediaries.… Читать еще
Buy car in the USA
Читать еще
Walt Disney
Disney cartoons are forever. Who did not cry under the "Lion King" and "The Little Mermaid", did not hang out in front of the "Cinderella" and did not try to speak like Donald Duck? But usually we see… Читать еще
Waterview restaurants in Miami
Do you want to enjoy lunch or dinner in one of the best restaurants in Miami, but a beautiful view of the sunset or the water is a very important criterion. Read our article about a dozen restaurants… Читать еще
Mission Trails
Mission Trails Park is San Diego's largest wildlife sanctuary and its pearl. There are about 600 different species of plants, including more than 300 varieties of wildflowers. Читать еще
Torch of Friendship 5 1 0 0
Sharing: