The Miami Circle at Brickell Point is a historical monument in Miami that is of great national importance in US history. The Miami Circle with a diameter of 11.5 m, containing 24 large holes and many small excavations cut from limestone rock, is one of the most mysterious places in North America.

The archaeological value, located on the banks of the river in the city center, almost lost during the construction of a luxury skyscraper in 1998, is the only evidence of the existence of prehistoric Indians on the east coast.

The origin of the mysterious circle in Miami 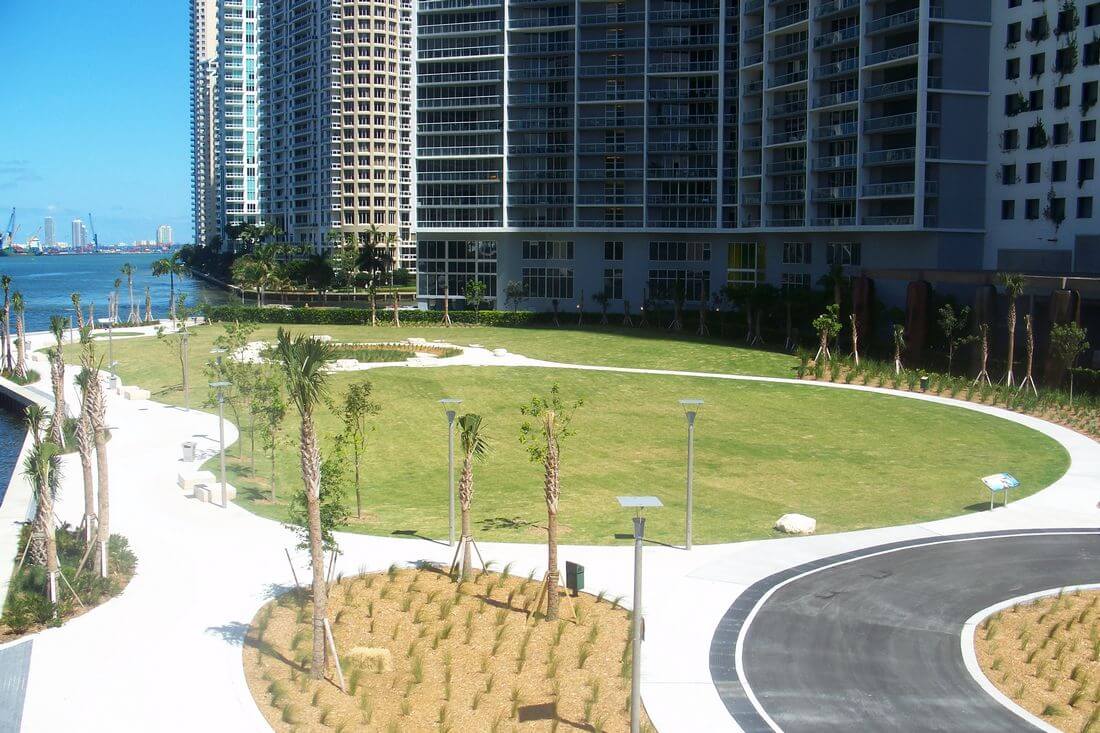 The emergence of a unique, nothing like this has ever been found in Florida. The historical artifact is associated with the Indian tribe tekesta (Tequesta). This is the main theory, which was substantiated by archaeologist and representative of the historical society of the United States Robert Carr, who excavated the circle in Miami.

Scientists have determined the approximate age of the structure — 2000 years. However, this period, according to historical information of the 16th century, is not characterized by Indian tribes living in southern Florida. The construction of any facilities was not discussed either.

Theories of the origin of the artifact, in addition to the main one, were several:

All these assumptions were rejected by scientists and archaeologists, because there is no evidence of the Olmec and Mayan tribes in Florida, and the shape of the find clearly indicated the circle’s man-madeness.

What was the circle for the Indians

The proven prehistoric origin of the circle raised many questions regarding the purpose of its use by the tribe of the tekest. Three versions were considered:

Based on the data available to the researchers, the Indians who lived at the mouth of the river did not build capital houses, any structures or monuments. They hunted deer and alligators, engaged in fishing, making long canoe trips in search of manatees and sharks.

Also in the Miami Circle, archaeologists found two butts of an ax made of basalt, the volcanic material of which had never been on the shores of Florida. Presumably tekesta purchased them or exchanged from other tribes living in the territory of modern Georgia. In a circle, things valuable to the Indians were put as a result of an offering, which confirmed the first two Miami Circle theory of destination. 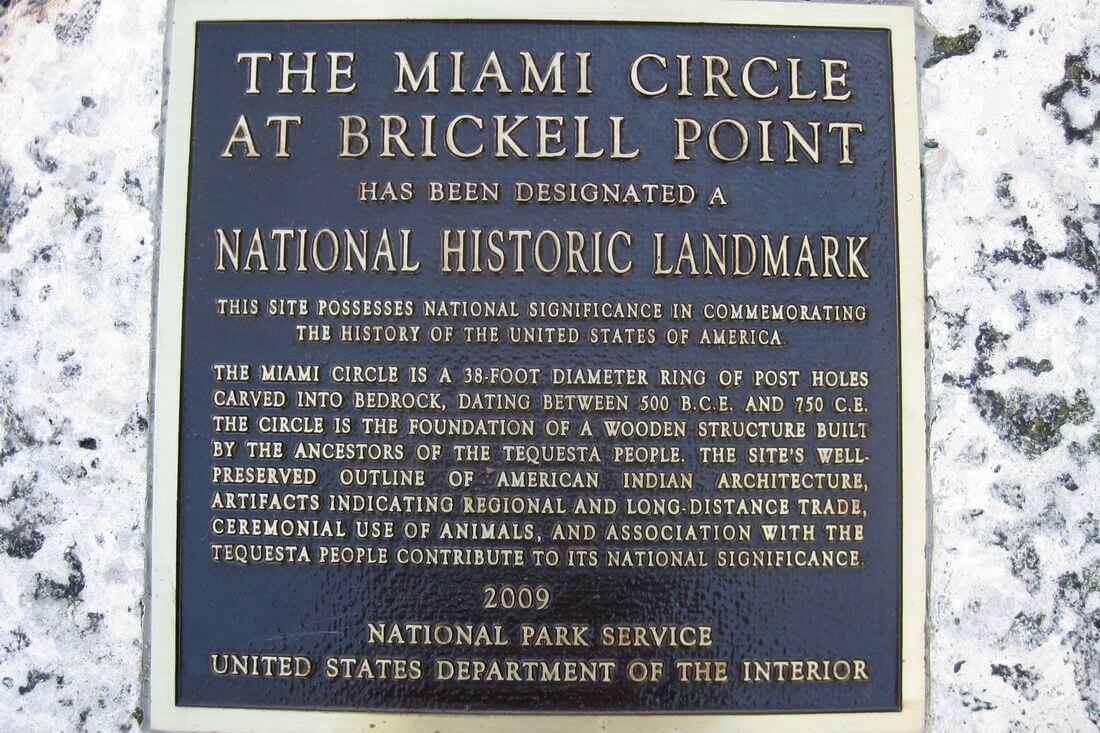 A hole in the shape of an eye, a one and a half meter long skeleton of a shark located on the eastern side of the circle, a tortoise shell, with its head also facing east, spoke in favor of the find as a place for performing rituals. However, further studies of the sites of other Indian tribes revealed a clear difference from them circle:

Scientists have discovered artifacts up to 2500 years old at the mouth of the river. A comparative analysis of the objects found (fragments from dishes, animal bone products, tools) with the finds stored in the museum of the city of Miami as things of the tekest tribe, showed their complete coincidence.

The location of the Miami Circle, on the shore of the bay, is characterized by strong winds, hurricanes and dangerous tides. Given these characteristics, the researchers suggested that the Indians tekesta raised their homes above the earth using pillars. The latter did not support the walls, so the holes do not have a clear structure. Wooden poles supported the platform where the house was being built.

In a humid Florida climate, wood supports needed constant replacement, for which new recesses were hollowed into the limestone platform. Similar cuttings in the limestone, found around, give reason to believe that there was a large settlement on this site. Circles found later with similar holes were also built around 2500 years ago.

The entire previously described tekesta life story is refuted by the results of a study of the circle in Miami. The first settlers of South Florida built life on this territory not from the 16th century, as history claims, but much earlier, in prehistoric times, being able to build structures that protected and protected their lives.

A visit to the mysterious Miami Circle is part of the resort's sightseeing tour program.

Contact us!
Send a request
Also read
Miami-Dade County Courthouse
Miami-Dade County Courthouse is located at 73 West Flagler Street. Construction began in 1925 and was completed in 1928. Just at that time, a colossal skyscraper was built with a lighthouse on the roof… Read more
Stiltsville
The mysterious village of Stiltsville, which rests on stilts in the ocean just half a mile from the Florida Lighthouse, cannot be called a Miami calling card. But although not only many travelers, but… Read more
Torch of Friendship
The Torch of Friendship is a monument of a rounded wall and a high-raised torch, like an Olympic one, located in the very center of Miami in Bayside Park on Biscayne Boulevard. Read more
Deering Estate at Cutler
Deering Estate at Cutler is a nature reserve that will surprise even the most demanding traveler. One of the most memorable historical places in the USA is located in Miami. Here, each visitor learns… Read more
Tips for tourists in USA
Читать еще
Mobile network operators in the USA
The good news for those who confuse "ringing" and "ringing" - Americans do not care. But how to make a call or message in the United States and not give the last shirt for it, the information will be… Читать еще
American writers
Читать еще
Who invented the hot dog
Читать еще
Hoover Dam
Hoover Dam is one of the highest dams in the world, and at the same time a powerful hydroelectric power station. Tourists and residents come here to see the incredible scale of construction, go boating,… Читать еще
Craft Contemporary
Craft Contemporary is a building with more than half a century of history, a gallery of folk art. Since Los Angeles has become an important international art center, the Museum of Crafts and Folk Art… Читать еще
Miami Circle 5 1 0 0
Sharing: