Of the significant and relatively inexpensive cultural entertainment, the delightful Colony Theater Miami Beach, located in the very center of the city, on Lincoln Road, Lincoln Street.

This is one of Miami's oldest theaters, dating back 75 years of history and recently opened after reconstruction, rebuilding a 1934 Art Deco building.

Detailed and detailed reconstruction lasted as long as 3 years and cost more than $6.5 million. You should definitely go and see what happened! The stage was updated and expanded, new lighting and sound equipment were installed, the original entrance to the theater was reconstructed, stylized as an entrance to a classic American cinema of the 30s. 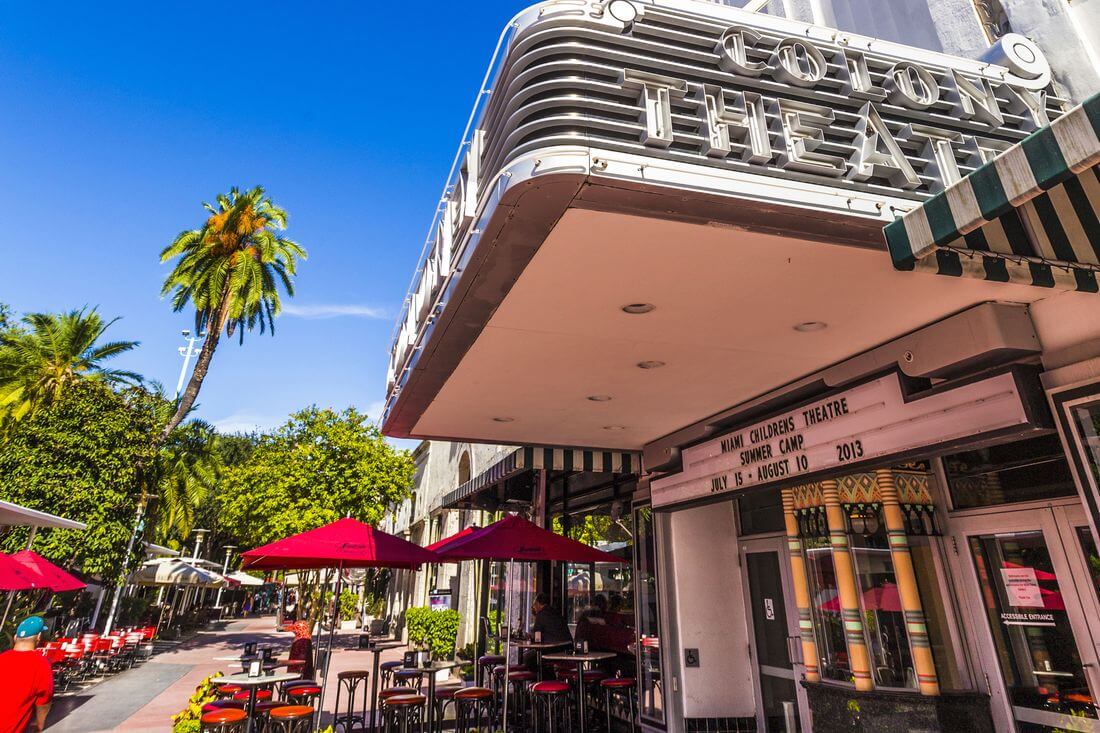 Here are just a few facts:

All avid theatergoers know for sure that a real theater begins with a buffet. And not at all from the hanger, as the classic said. Therefore, we especially note that there is no buffet in the understanding of the Russian person at the Colony Theater. Just a few tables and a meager assortment of food and drink. There is essentially no bar either. There are no traditional theater delights like tiny cream cakes and champagne sandwiches. Around the Colony Theater there are a great many bars and cozy gourmet restaurants; you can easily compensate for the actual lack of a buffet in the theater after the performance.

What to do, in the cinemas of the 30s it was not customary to arrange extensive buffets, and the building was reconstructed with maximum accuracy.

Colony Theater is located in the fashionable and fashionable promenade area of Miami Beach and attracts a wide club of theater-goers — lovers of classic and modern productions.

In addition to theatrical activities, the Colony Theater is used as a conference room for various cultural events, festivals and events. Interesting interiors and wide possibilities of a comfortable room attract businessmen from all over the world.

There is even an official form on the theater’s official website, filling in which you will receive an administrator’s call and will be able to discuss the details and the possibility of holding your own event in the walls of one of the oldest theaters in America.

American Butler is sure to help with the purchase of tickets for performances.