Adrienne Arsht Center is a theater and entertainment complex and one of the largest cultural centers in the United States of America. It is located in the picturesque center of Miami right on the luxurious Biscayne Boulevard. 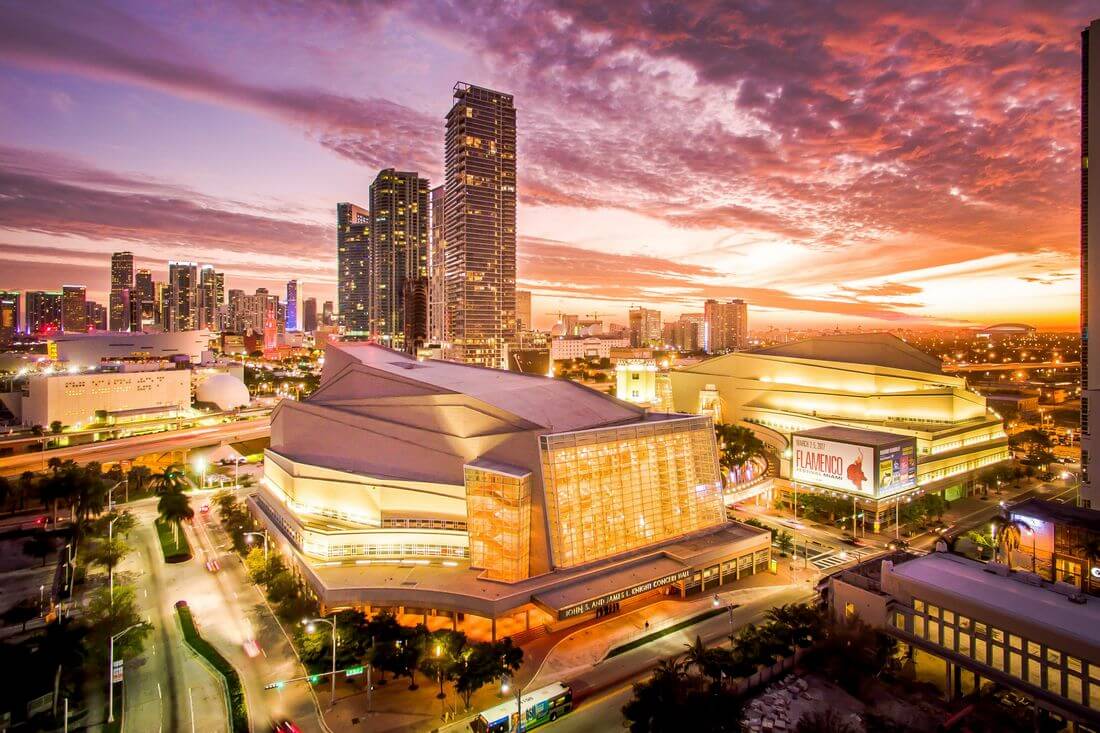 The presented center is considered the second largest in the whole country. The original theater building is included in the register of national architectural monuments.

One of the most famous architects, Cesar Pelli, worked on the development of architecture and design of the building. He prepared a project for a huge building, which eventually occupied over 50,000 square meters. Acoustics for the room was developed by R. Johnson. He, for example, worked at the Morton Meyerson Symphony Center in Dallas.

Previously, part of the theater was occupied by the large Sears department store. The supermarket was erected in 1929 and was a luxurious embodiment of the best features of the art deco style. In the 97th building entered into the register of historical monuments of America. But by 2001, only a beautiful tower remained of it. The department store itself was leveled with land, and the construction of a cultural center began on its square, preserving the unique historical tower.

The center was opened in 2006, the ceremony was significant, it was attended by different stars. In early 2008, the well-known philanthropist Adrienne Arsht donated as much as 30 million to this center to protect the object from constant financial penalties and loans. In his honor, the modern theater Adrienne Arsht Center was named. The original name — Carnival Center was completely withdrawn from use.

Features of the structure and additional architectural solutions

Adrienne Arsht Center for the Performing Arts has two large buildings that are connected by a beautiful terrace. The first building is reserved for the opera house. This is a fairly large building, which at the same time is able to invite up to 2,400 people to the performance, not counting the working staff. 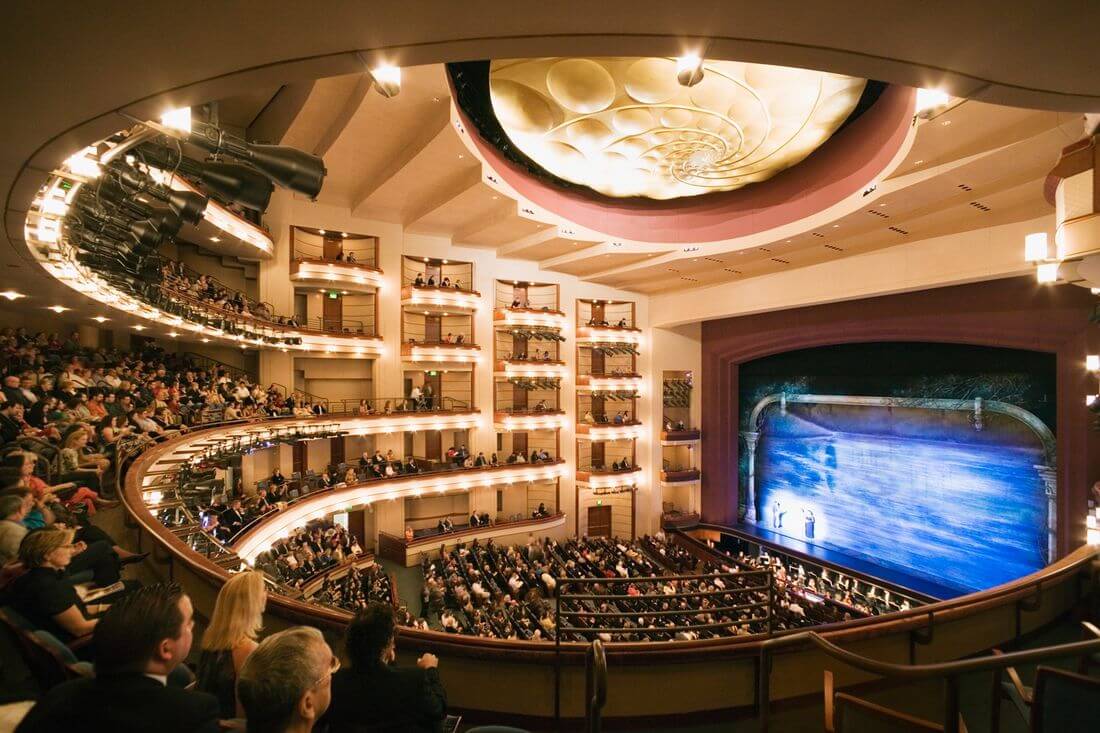 The second building is occupied by a concert hall of almost the same size, with slightly less capacity - up to 2200 spectators. An unusual stage is provided in the concert hall, which performs a little on the territory of the audience, and immediately 200 special places are placed behind it. Sometimes they are sold to viewers, and sometimes a whole choir takes them.

The unique floor can be transformed from an orchestra pit into a special dance floor for up to 850 people!

Both huge buildings are decorated with large stepped slabs, the coating of which is made of beige granite. The upper part of these giants is equipped with glass and steel structural elements. Such an unusual combination of materials constantly attracts residents and visitors of the city. Against the background of the theater are constantly photographed, it serves as a source of inspiration for many people of art.

Also on the territory of the Arsht Center is a modern theater-studio, which can visit up to 200 people at a time. Most often, concerts, performances and performances of some stars are organized here.

Another interesting place is the special rehearsal base, which capacity is 270 people. Also on site is the luxurious Prelude By Barton G restaurant, which offers its guests a gourmet menu.

What to watch — world-class performances

Visiting the Adrienne Arsht Center is not cheap, but worth it! Legendary stars, world premieres, and the best performances fully justify the somewhat overpriced prices of drinks and snacks.

But the center also has its own special offer of free performances and some other recreational activities. This is done to introduce the masses to art. For example, there are free Family Fest series family events and Sunday readings of biblical texts.

The cultural center also takes care of the development of art, supporting various creative people. Educational courses held at the institution are planned in accordance with the Department. The theater has its own website where you can book tickets for interesting performances.

American Butler is always happy to help with the selection of events and entertainment for you.

Just leave a request or contact us by phone.
Send a request
Also read
Colony Theatre
Of the significant and relatively inexpensive cultural entertainment, the delightful Colony Theater Miami Beach, located in the very center of the city, on Lincoln Road, Lincoln Street. This is one of… Read more
South Miami-Dade Arts Center
The South Miami-Dade Cultural Arts Center is a multicultural venue in Miami that offers classic and contemporary works for its viewers each season, combined in one exciting setting. The best traditions… Read more
Aventura Arts Center
The Aventura Arts and Culture Center in Miami is a whole cultural and educational institution in Aventura, where you should definitely visit to get the appropriate education. The cultural center Aventura… Read more
New World Center
One of the attractions of the Miami Beach South Beach area, which is often called the American Riviera, is the building of New World Center on 17th Avenue. This complex combines a concert hall with a… Read more
Holidays in Miami
Читать еще
Dental treatment in the USA
Читать еще
American writers
Читать еще
US Michelin restaurants
We continue the theme of restaurants! We take above - restaurants throughout America. And not just good, but the best of the best. So, the top 10 three-star restaurants according to the Red Michelin Guide.… Читать еще
Hoover Dam
Hoover Dam is one of the highest dams in the world, and at the same time a powerful hydroelectric power station. Tourists and residents come here to see the incredible scale of construction, go boating,… Читать еще
Craft Contemporary
Craft Contemporary is a building with more than half a century of history, a gallery of folk art. Since Los Angeles has become an important international art center, the Museum of Crafts and Folk Art… Читать еще
Adrienne Arsht Center 5 1 0 0
Sharing: