Wings Over Miami is a museum of flying aviation in Miami and an attractive place that takes people away from the hustle and bustle of the earth! Many important aircraft are concentrated here, some of them were the first, others distinguished themselves in wars and historical events.

The history and collection of Wings Over Miami 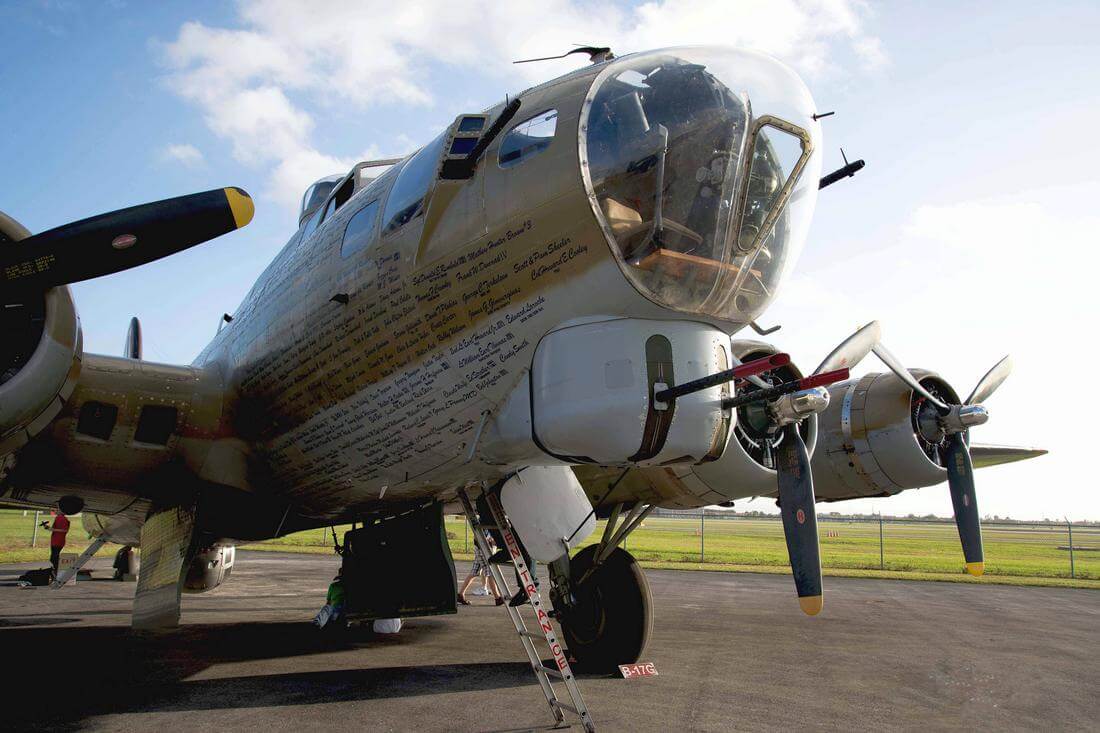 The Miami Aviation Museum can be called one of the best in the city, since its value and wealth in terms of the uniqueness of the collected exhibits is really amazing!

The Aviation Museum in Miami is not only a monument, but also a tribute to all aviators in the world. There is a lot of information about those who flew with the advent of the first aircraft. In 1986, old planes from the private homes of Kermit Wicks were added to the classic collection. This gesture has become a key factor in the development of the museum.

Reconstruction and new opening of Wings Over Miami was in 2001 (the museum was closed after 1992, when a hurricane destroyed most of the exhibits).

On the territory of a huge historical park housed old and modern aircraft. In the collection of 20 items dedicated to the Second World War, as well as the post-war years, there are ancient artifacts flying in Germany and Japan.

A separate area is occupied by combat aircraft, on which pilots served in Korea and Vietnam. Here you can see one of the first fighters, as well as huge bombers. The list of aircraft that are displayed in the museum in a restored form is really huge. Of course, the development of American aircraft construction is mainly presented here, but there are some models of other countries.

You can see not only what was used before, but also modern fighters, military and civilian aircraft. An honorable place is occupied by Russian developments, for example, the Yak-52 aircraft.

The vibrant legacy of the Miami Aviation Museum

In addition to military aircraft, the complex offers to get acquainted with cargo and commercial exhibits, as well as with space transport ships. Next to everyone you can take photos, read interesting facts about the history of the creation of a ship. Every day, entertainment and educational programs are held, there are famous aviators and astronauts, as well as young representatives of American aviation.

At Wings Over Miami various events are held, as well as car shows, new collections of various equipment are exhibited. It also has its own souvenir shop where you can buy books, designers, ready-made models, as well as original antique prints and other memorabilia. On weekends, you can observe how serviceable historical aircraft are taken out “for a walk” and engine development so that they do not rust.

We will organize the best tour for you!
Send a request
Also read
Merrick House
Coral Gables Merrick House is a one-stop shop for tourists and sightseeing. The unique house with its atmosphere and interesting history is considered a famous architectural monument, which is built in… Read more
HistoryMiami Museum
The Miami History Museum is a repository of exhibits about the history of Florida for 12 thousand years. An excursion to the Historical Museum, developed by the Smithson Institute specifically for this… Read more
Young at Art Museum
Young At Art Museum is a huge children's center, which can only be called a museum with a stretch. There are a lot of exhibition halls, a library, an entertainment center, and all this, in addition… Read more
World Erotic Art Museum
World Erotic Art Museum is a place where mysterious and forbidden topics are concentrated. Sex and erotica from ancient times to the present day — in the Museum of Erotica in Miami Beach there… Read more
How to organize a rest in Miami
Always dreamed of visiting Miami, but consider that it is too expensive and unattainable? In fact, a trip to this wonderful city can be arranged without the help of travel agencies and intermediaries.… Читать еще
Green Card Lottery
Do you want to legally leave to live in the USA? The Green card lottery will give everyone the opportunity to test their luck for free and win the cherished right to move to live and work in America.… Читать еще
Mark Zuckerberg
Читать еще
Who invented the hot dog
Читать еще
Hoover Dam
Hoover Dam is one of the highest dams in the world, and at the same time a powerful hydroelectric power station. Tourists and residents come here to see the incredible scale of construction, go boating,… Читать еще
Craft Contemporary
Craft Contemporary is a building with more than half a century of history, a gallery of folk art. Since Los Angeles has become an important international art center, the Museum of Crafts and Folk Art… Читать еще
Wings Over Miami Air 5 1 0 0
Sharing: