Who can resist the temptation to hike in the Runyon nature reserve, stroll through the botanical garden or relax on the beach? Whether you are a fan of art or a loyal owner of a dog, there’s a piece of nature for you that fits your lifestyle.

There are many beautiful parks in Los Angeles and American Butler is ready to introduce you to some of them.

What are the parks of Los Angeles worth a visit

It is easy to forget that you are still in the city when you are traveling along the mountain path that has enmeshed this park.

The countless sights of Griffith - Park will interest many: fearless travelers can explore the Bronson caves and visit the Amir garden, tourists can relax in the shaded passage through Fern Dell, visitors with young children can take a boat to Travel Town, lovers of pop culture will watch the performance in the Greek Theater or visit the barn where Walt Disney himself fiddled with model trains.

The mission to transform Los Angeles into a lively cultural center reached a new level, when part of the 12 acres of Grand Park was officially opened to the public in July 2012.

The park is littered with picnic lawns, fountains, benches and plenty of peaceful places to relax. Grand Park is a vibrant urban oasis that proves that the city has a romantic atmosphere. The park hosts performances, fees and other social events.

Kenneth Hahn is impressive both in size and in finding a park in the center of Westside. In addition to the usual list of amenities, the park has a pond with lotuses, a fishing lake and a volleyball court with sand.

The park consists of more than seven miles of footpaths through the Baldwin Hills, overlooking almost every corner of Los Angeles - from the South Bay and the Pacific Ocean to the city center and the San Gabriel Mountains. 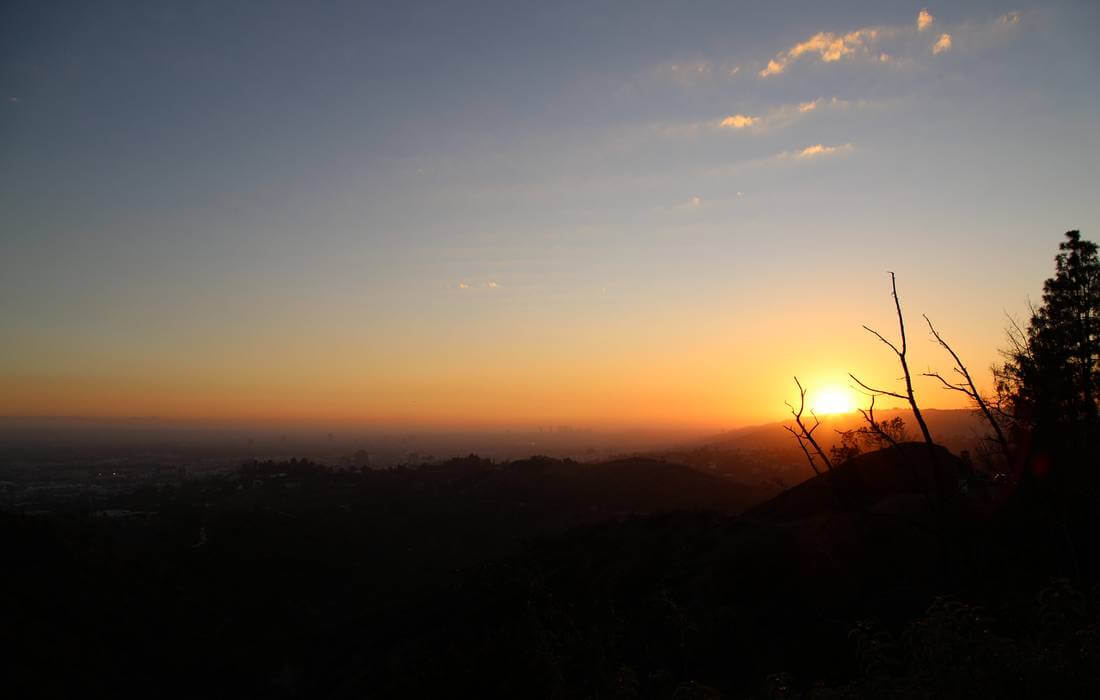 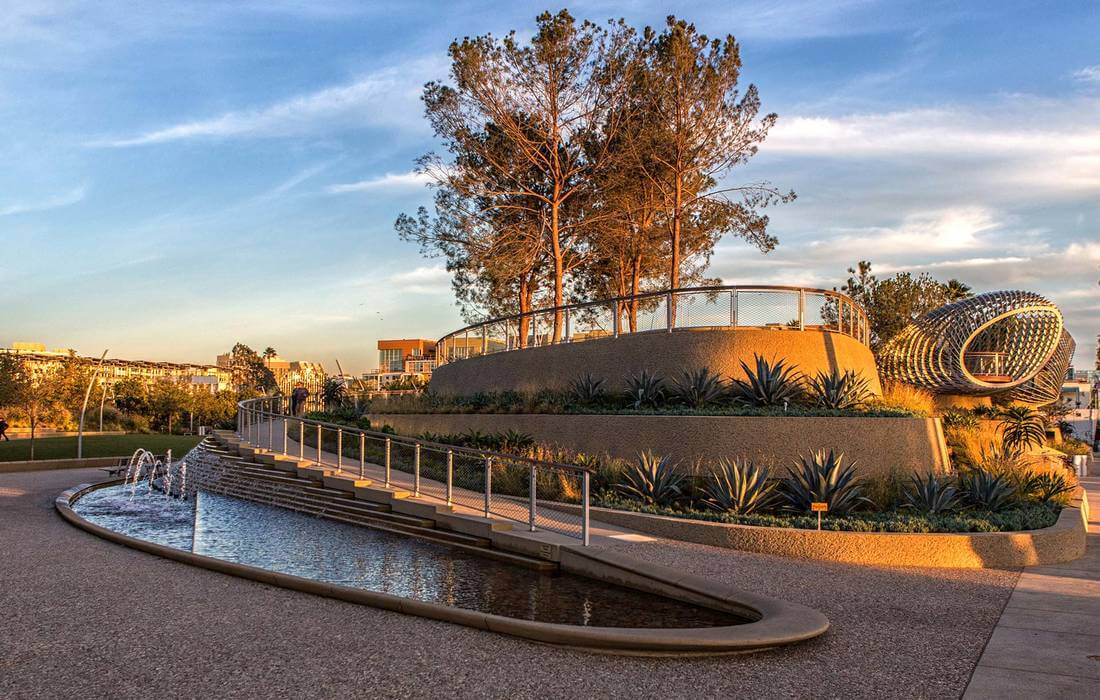 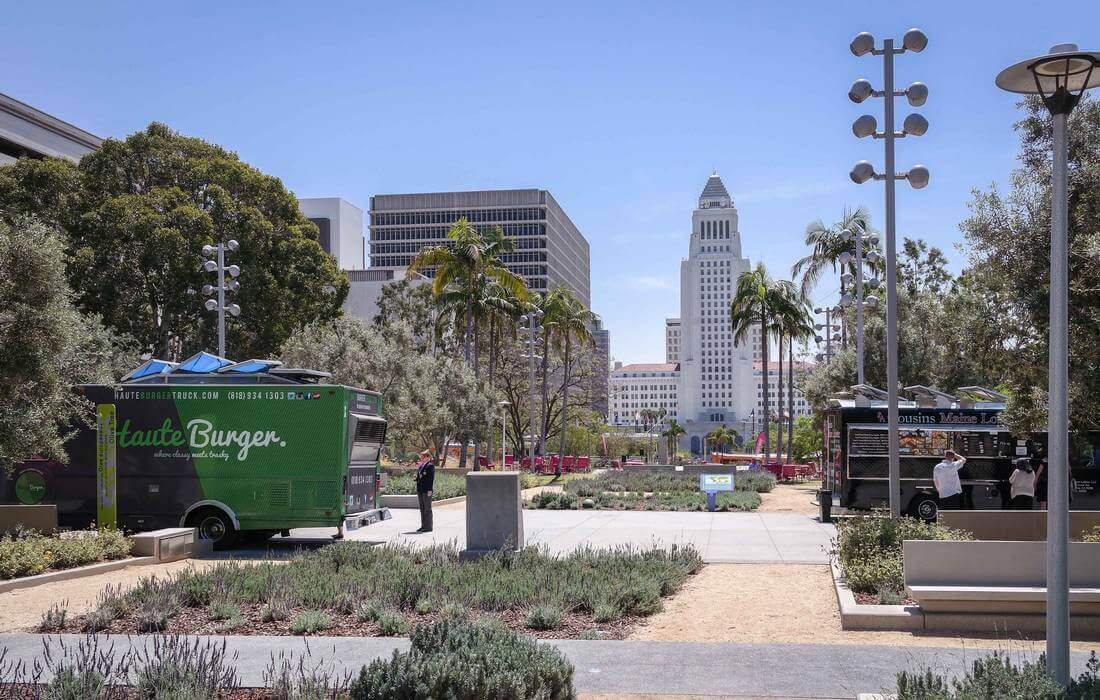 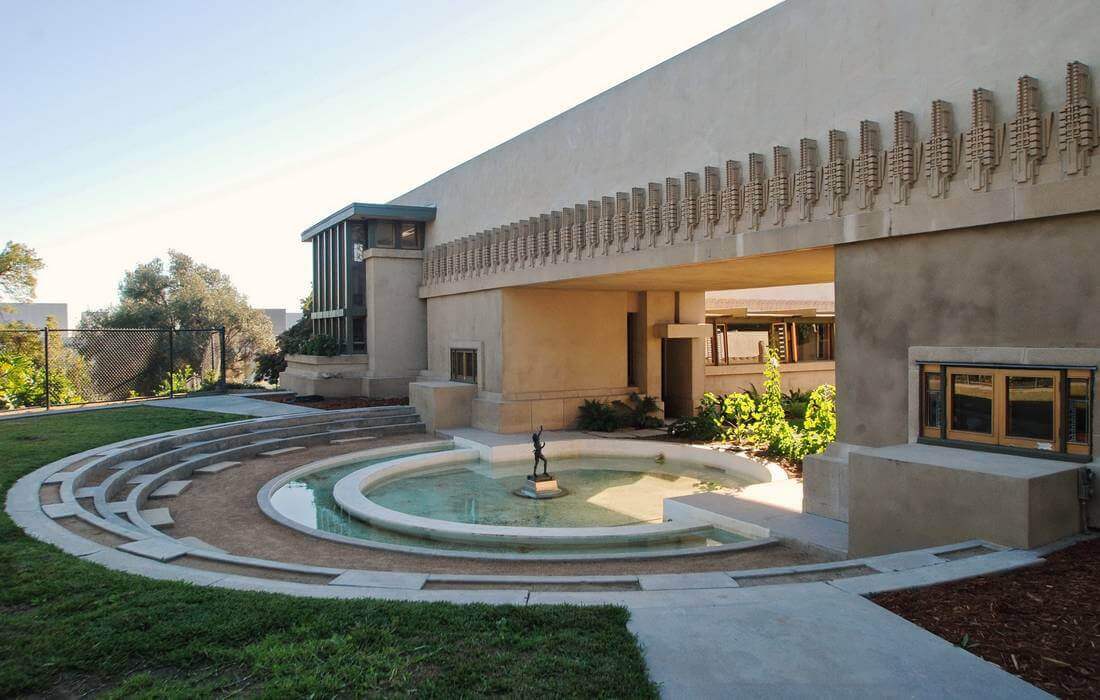 The state-owned historic park with 32 acres of open space directly adjacent to Chinatown boasts stunning views of the city center.

Some time ago there were major events in the park, such as FYF, Renegade Craft Fair and Hard Summer, but they all subsided after a large-scale multi-year renovation that began in 2014. After its completion in the spring of 2017, the modernization of the park brought with it a drought-resistant landscape design, a picturesque view of the bridge and the orange grove. It is not by chance that after re-opening new restaurants and bars appeared here.

After oil heir and philanthropist Elin Barnsdall bought this cute little hill after the end of World War I, she enlisted the support of Frank Lloyd Wright to build a group of buildings on its top.

Although the entire complex was never completed, Barnsdall donated the house and 11 acres of land to the city, suggesting that they be used as a public art park. More than eighty years later, the earth still fulfills this role, thanks to exhibitions in various gallery spaces, as well as excursions. In the summer, the park hosts open-air cinema evenings, wine tastings and cultural events.

Most of those coming to Santa Monica will flock to Palisades Park. And for good reason, because the view of the ocean, palm trees and eucalyptus paths is fascinating, but we could not ignore the slightly less well-known fellow.

This idyllic and carefully thought-out oasis, adjacent to the ocean, harbors a playground, meadows, small waterfalls, walkways and a panorama overlooking the Pacific Ocean.

Explore the vast territory of the park that once belonged to the late actor, writer, philosopher and first mayor of Beverly Hills, Will Rogers. Take a free tour of the Rogers Ranch, which has been preserved since the 1930s, and explore the surrounding land, which gives you access to scenic mountain and sea views. Weekend polo matches are also held here, and you can take riding lessons.

Friends, we invite you to visit the parks of Los Angeles with the guide of the agency American Butler!
Send a request
Also read
Museums
There are so many museums in Los Angeles that it’s hard to know where to start. American Butler offers excursions to a variety of them. Consider only some of the museums that may interest you. Read more
Festivals
Agency American Butler presents you the top 10 events and festivals, fairs and festivals held in Los Angeles and its surroundings. Read more
Restaurants
Wondering where you should eat in Los Angeles - right now? You are in the right place. The hit list American Butler is your guide to the best restaurants in the city. Los Angeles Culinary scene thrives… Read more
Night clubs
Filled with celebrities, beautiful people, all kinds of dreamers and creative personalities gathered here from all over the globe - it is easy to understand why Los Angeles is so distinguished among the… Read more
Taxi in the USA
Читать еще
How to rent a car in the USA
Gathered on a journey through the sunny states of the United States of America, but did not decide which means of transportation are more convenient? Thinking about car rental, but do not know where to… Читать еще
American writers
Читать еще
Waterview restaurants in Miami
Do you want to enjoy lunch or dinner in one of the best restaurants in Miami, but a beautiful view of the sunset or the water is a very important criterion. Read our article about a dozen restaurants… Читать еще
Smoking in the USA
Smoking is the bad habit that infected the whole world from America. But modern Americans themselves are not particularly loyal to smoking. How it happened, let's try to figure it out. Читать еще
Atchafalaya Basin
The Atchafalaya Basin is the largest river swamp in the country, containing almost a million acres of bottom hardwood, marshes, flood and swampy lakes of America. The pool begins just outside Simmesport… Читать еще
Mount Charleston
The view of the snow-capped mountains seems a bit surreal when Las Vegas still feels the warmth of the desert sun. At 11,916 feet above sea level, Charleston Peak is covered in snow for more than six… Читать еще
Comic-Con International
Comic-Con is an exhibition that educates people about pop culture. The bet is on comics and related art forms. Organizers support public presentations and exhibitions on the historical contribution of… Читать еще
Los Angeles parks 5 1 0 0
Sharing: