Villa Getty is an educational center whose main theme is the art and culture of ancient Greece and Rome.

It is located off the Malibu coast in the Pacific Palisides area of Los Angeles. The collection includes 44 thousand Greek, Roman and Etruscan antiquities.

Villa Getty is the legacy of a businessman and art collector J. Paul Getty. His habit of collecting went from childhood. His desire to expand public access to art will lead to the creation of a museum, which he opened in his ranch. Later, the museum will grow into the world's largest cultural and charitable institution dedicated to the visual arts. 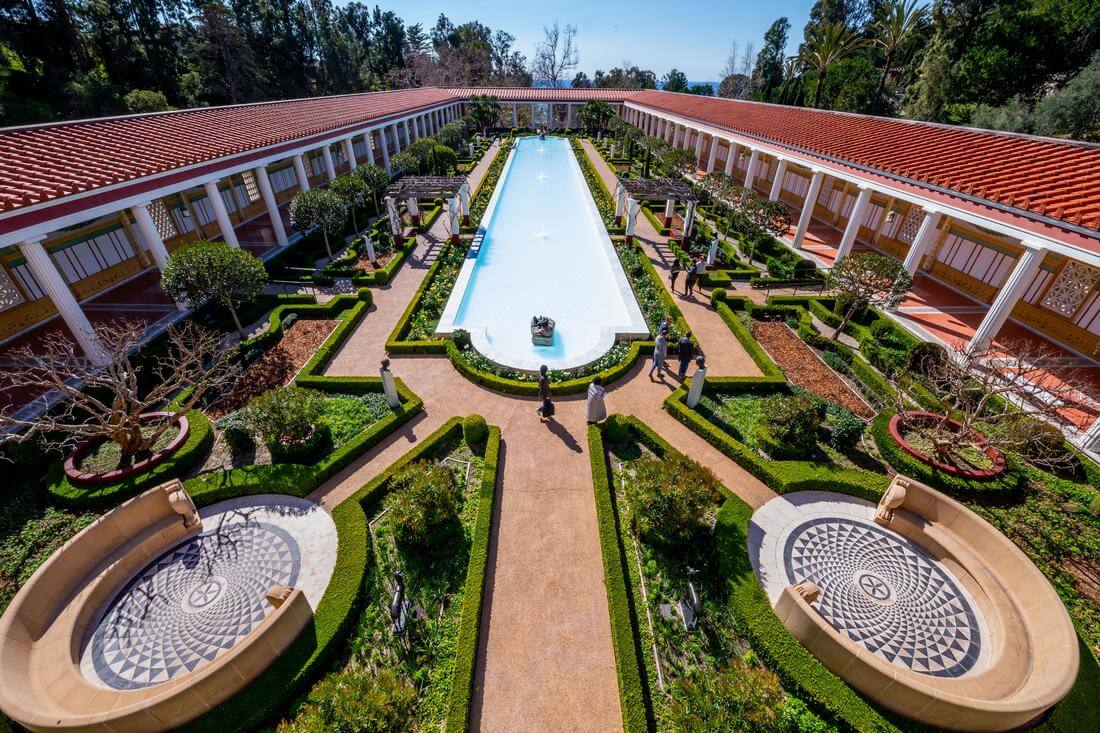 In 1997, decorative art and painting were transferred to the Getty Center, and the villa was closed for conversion into a museum of Mediterranean antiquities. When it was reopened in 2006, partially restored and reformed by architects Jorge Silvetti and Rodolfo Machado, the press was more lenient.

At the Villa Getty, live performances are held both in the indoor hall and in the open-air theater. There are also exhibitions that go beyond their own collections. Thus, in March 2011, a photo exhibition “In Search of Biblical Lands” was held, in which scenes from the Middle East dating back to the 1840s were presented.

Getty believed that art has a beneficial effect on society. Throughout his adult life, he took more and more steps to make art accessible to public education.

In 1974, John Paul Getty opened a museum in a villa in Malibu. Externally, the Getty tried to recreate a copy of the Villa of the Papyrus, buried in its time under the ashes of Vesuvius. This was followed by ridicule from critics and art critics, but this does not matter - the Getty Museum has become a favorite local landmark.

The Getty charitable activity allowed the construction of the Villa and the Getty Center at Brentwood , the expansion of the museum’s collections, and the creation of a conservation institute, a research institute and a foundation. 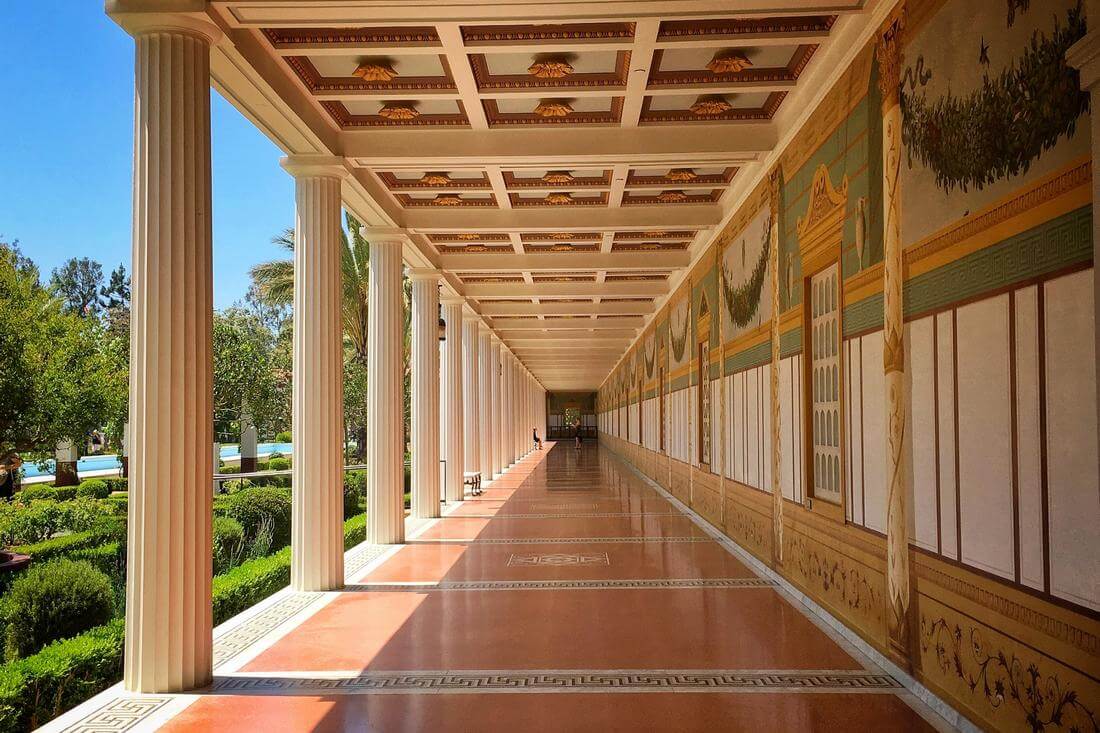 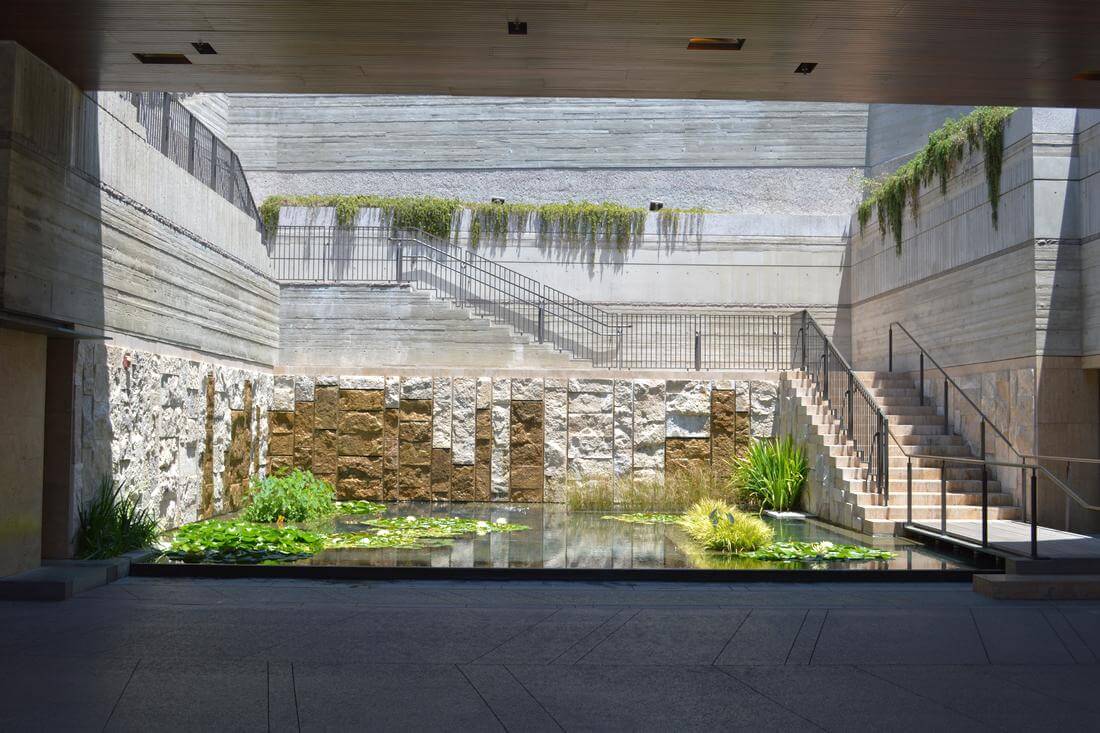 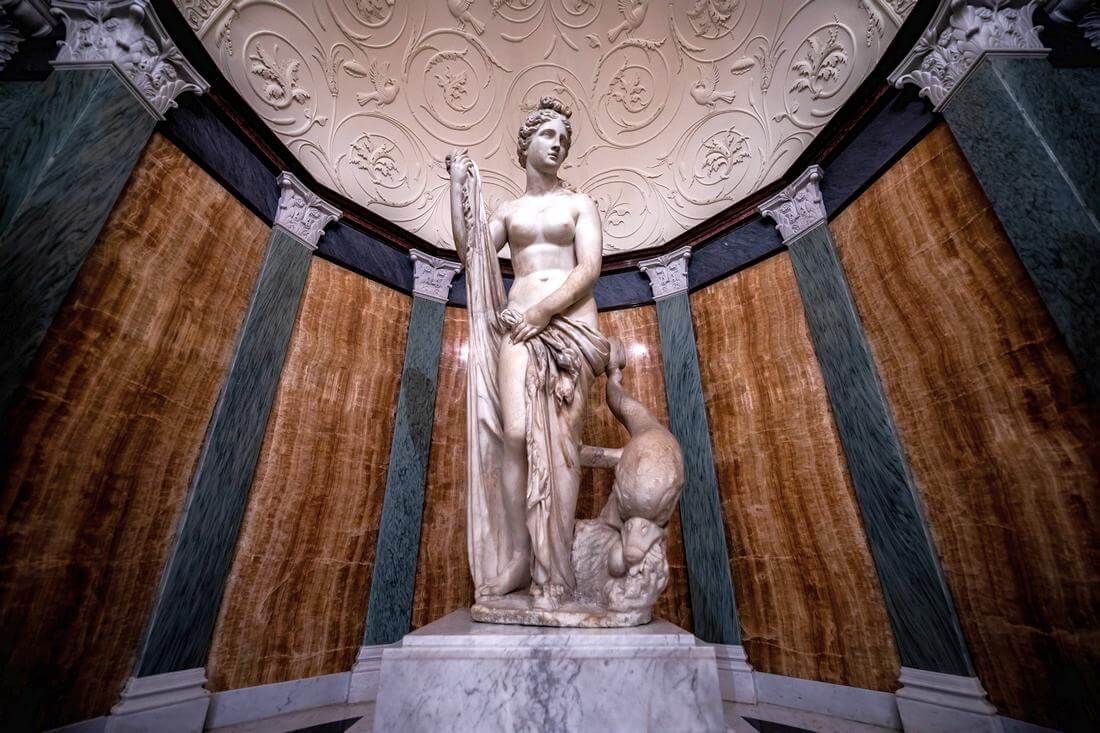 If you're new, start at the Timescape room (numbered as room 113), where the map of various civilizations is located along with the art and sculpture that they created. 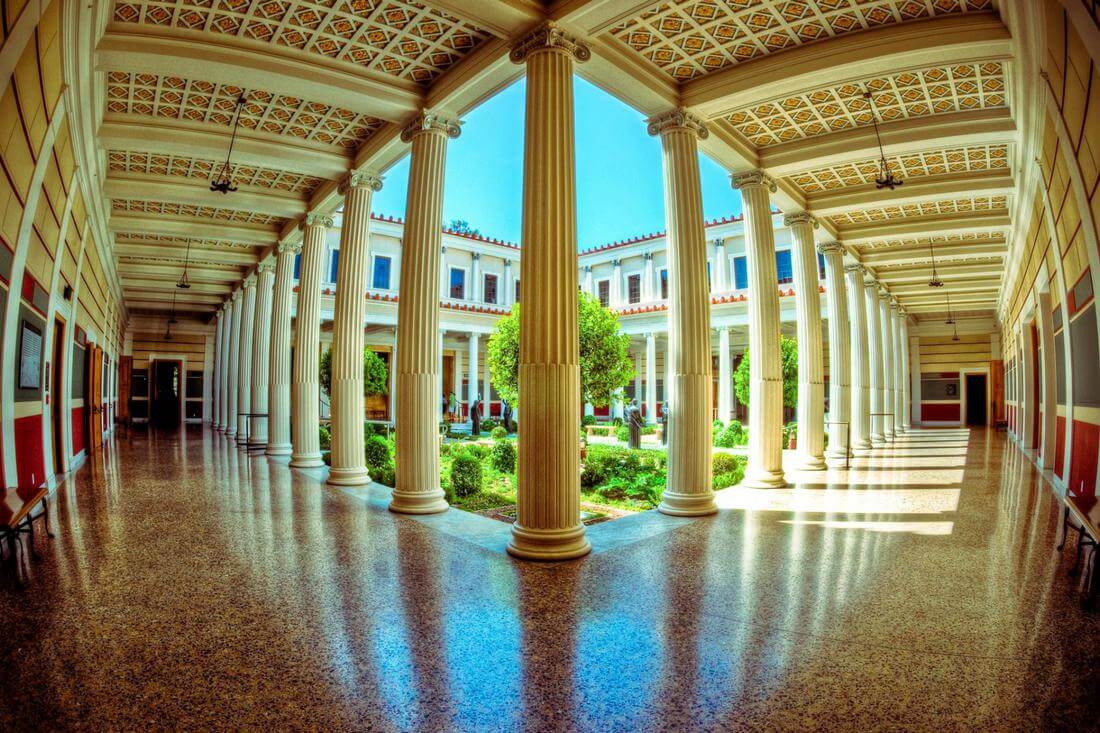 You can easily spend a few hours wandering through the galleries, but some of the exhibits really stand out. In room 101C, you will find an amazing Greek perfume container, which dates from around 400 BC: it is incredibly elegant and, despite its age, it has not deteriorated at all.

Room 101 contains a collection of disparate objects belonging to the Greek gods, including the 2,500-year-old monumental statue of Aphrodite of limestone and marble. A bizarre drinking horn in room 105 is gloriously absurd. And in room 108 there is a 1900-year-old statue of Hercules, which is believed to have inspired Getty to create a museum designed by the Roman Villa of the Papyrus.

Upstairs, in room 217 there is a creepy limestone statue of the Cypriot fertility goddess 3000 years old BC. In room 213 There is a bright tabletop stand on which two griffins devour a fallen doe. In room 212 you will find several Roman gems and coins, as well as a miniature skeleton cast in bronze.

The site also has conservation laboratories, seminar rooms and a research library, as well as temporary exhibitions. To visit the museum you will need to book a ticket on a schedule. At peak times, be sure to book in advance. Try to book a ticket early in the morning, so as not to hustle in the crowd.