Las Vegas Strip is just one of the fantastic sites of United States of America. This is a seven-kilometer section of Las Vegas Boulevard, which houses many casinos, hotels and shops. 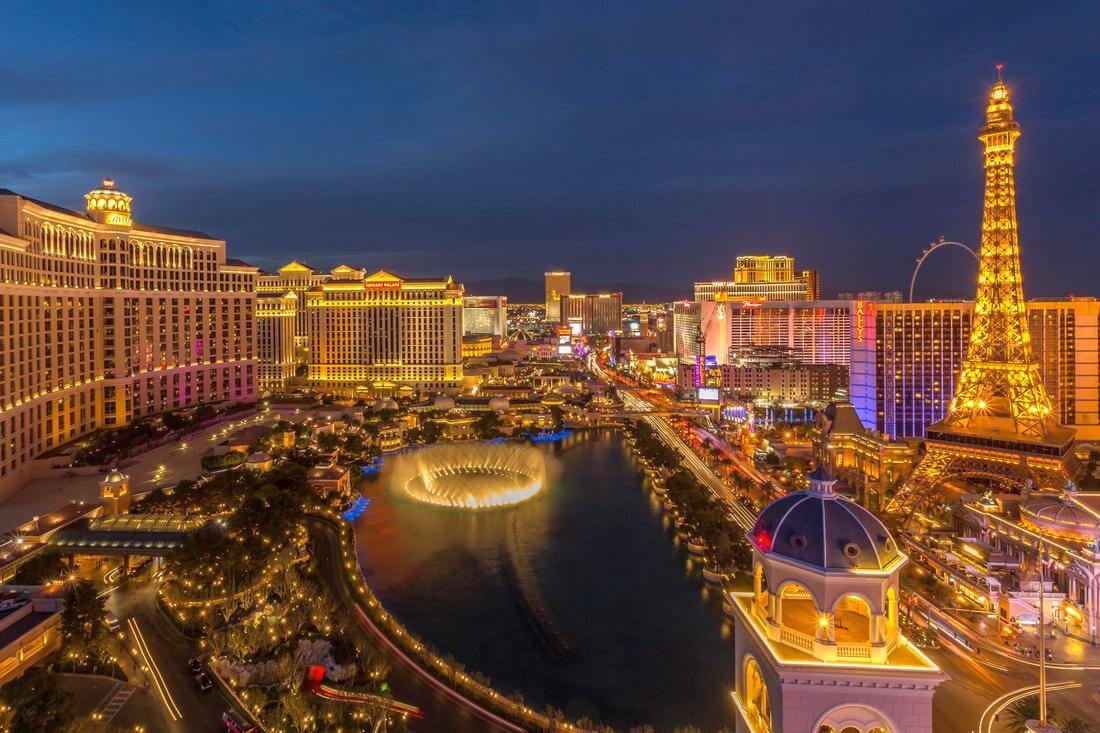 What is special about Las Vegas Strip

The Las Vegas Strip is the stretch of boulevard on which most major hotels and casinos are located, as well as the main attractions that you usually read about. This is the simple answer to why the Las Vegas Strip has become so famous. This is essentially a strip of boulevard that runs from the Mandalay Bay Hotel in the south to the Stratosphere Tower in the north. This includes all the hotels that are always well-known, with the exception of those in downtown Las Vegas and Fremont Street.

From here you can walk to the Eiffel Tower and Venetian-style gondolas, as well as to the large layout of the erupting volcano. Here you will see a giant pyramid, the Stratosphere tower and a lake with dancing fountains.

If you get in a taxi and ask to be taken to the Las Vegas Strip, the driver will definitely ask you to be more precise, since the total distance of this object is about seven kilometers from north to south. 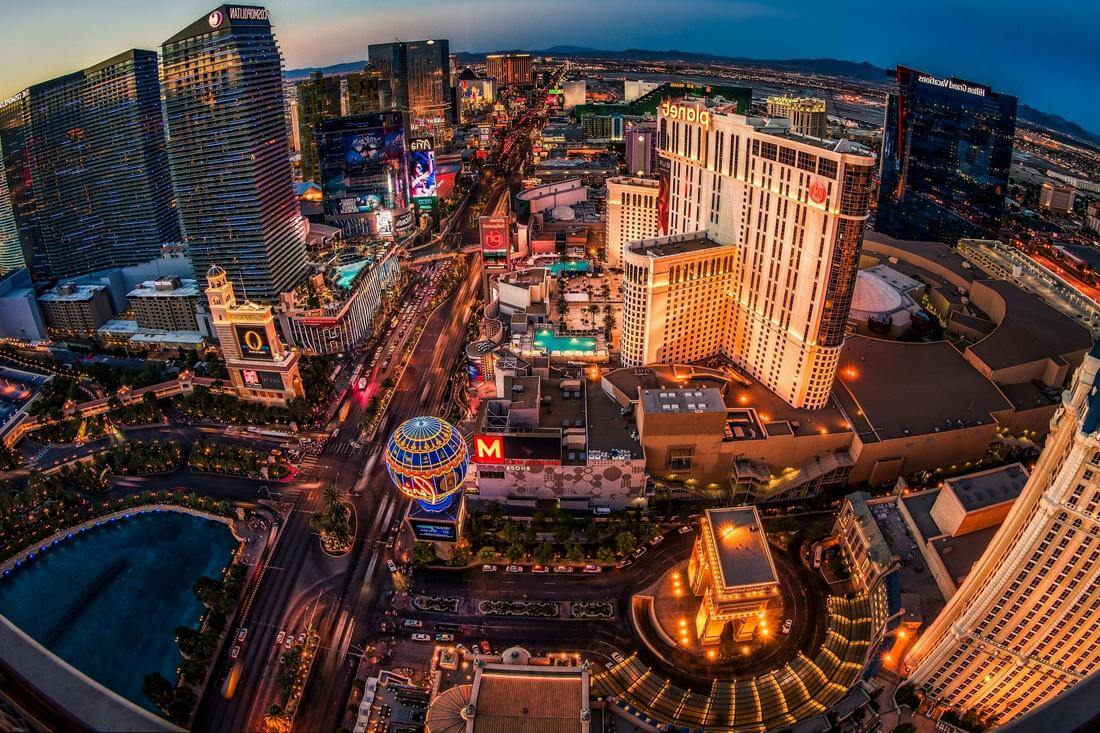 History of the Las Vegas Strip

The history of the city of Las Vegas began in the mid-nineteenth century, and the city itself was founded in 1905, when the Pacific Railway began to pass through a desert oasis. Las Vegas in Spanish means Fertile Valley — the name that the city received due to the presence of spring water.

Wanting to find work during the Great Depression of the 1930s, thousands of workers began pouring into the area when the Hoover Dam was built on the Colorado River.

Nevada was the first state to legalize gambling. This began in 1931 when Clark County issued a three-month game license to one of the clubs in downtown Las Vegas. South of the city center, a three-mile dusty desert road arose, nicknamed the Strip, which was later nicknamed the Las Vegas Strip. The fact is known that the famous Las Vegas strip is actually not located within the city limits and actually falls under the jurisdiction of Clark County.

Interesting fact: One of the very first resorts on the Las Vegas Strip site was the Flamingo Hotel, built by gangsters Benjamin Siegel and Meyer Lansky with mafia money.

Las Vegas Strip is always in a state of turmoil. Here someone is constantly building, expanding and remodeling. Each time you return here, you will see something new. 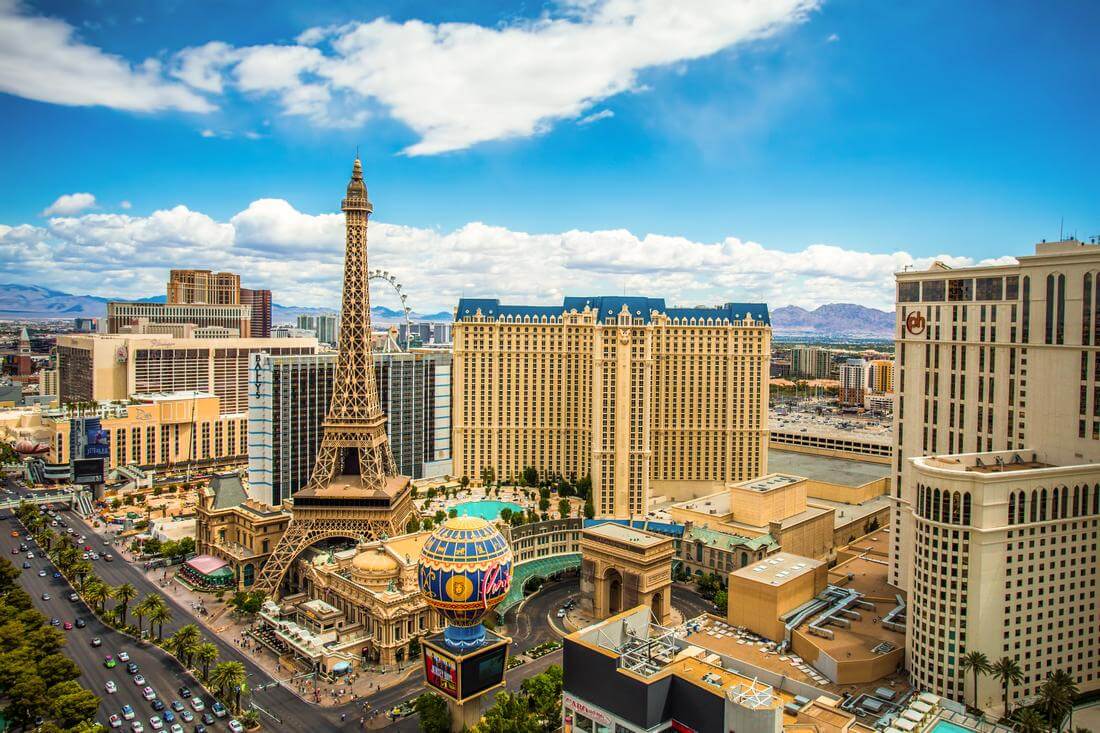 Las Vegas Strip: what to see and where to go

Getting to know the Las Vegas Strip is best to start from the very beginning, from the southern end of the strip. From south to north — these are our favorite attractions on one of the most famous roads in the world.

The sign is located on the middle lane of Las Vegas Boulevard in Clark County, south of the exit from Russell Road on Route 15. It has always open and free access. On the front of the sign is the inscription “Welcome to Las Vegas, Nevada,” at the back - “Drive carefully” and “Come back soon.”

This landmark was erected in 1959 and is listed on the US National Register of Historic Places in 2009. In 2007, Las Vegas built another sign on the Boulder Highway. 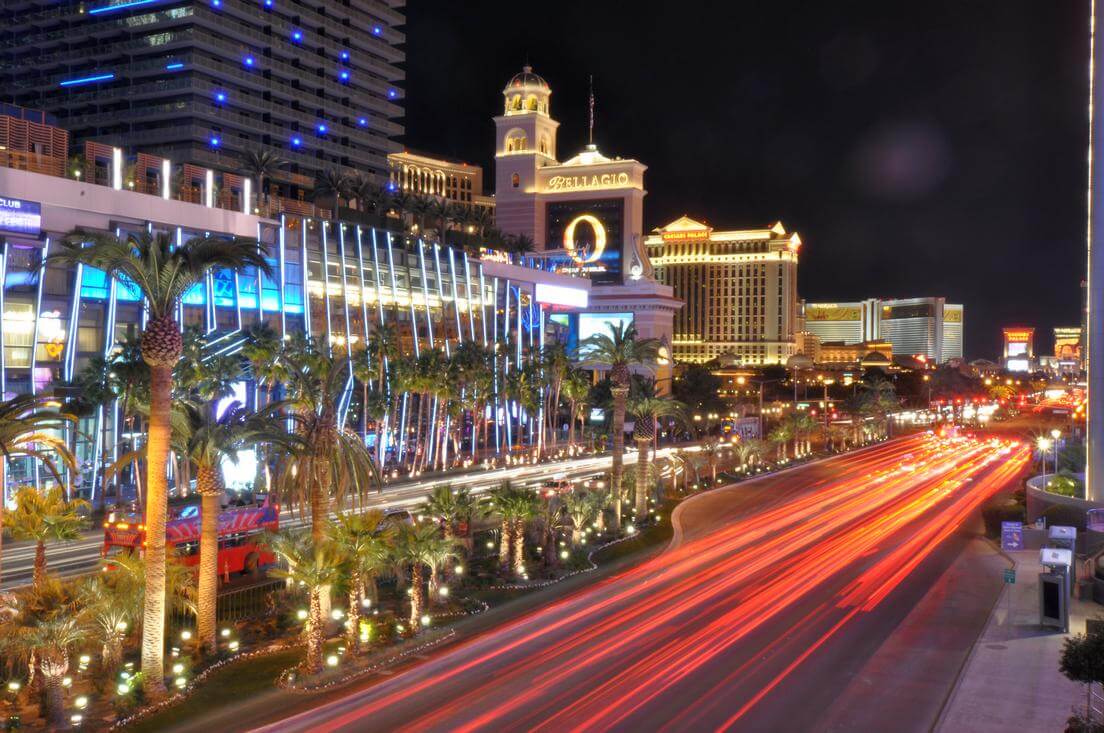 Built in the 1990s, the pyramid is not one of the seven wonders of the world, but it is striking where copying New York, Paris, Venice and other places of worship is certainly a compliment.

Inside, instead of elevators, guests ride on inclined lifts to their rooms, and people rise and descend at an angle of 39 degrees along the corners of the pyramid, creating the feeling of a boat trip.

Water that dances like ballerinas. Guns that shoot hundreds of feet of water into the air. Yes, fountains that extend across an artificial lake have become one of Vegas' iconic landmarks. It is not surprising that it was here that the characters from the film “Ocean's Eleven Friends” met to celebrate their great robbery.

The spectacle opened in 1998 and today includes more than 1,000 fountains, some of which rise more than 450 feet.

If neon could speak, he could probably please every visitor with colorful stories about Las Vegas from the 1960s.

In fact, more than 200 neon signs housed in this unique museum in the city center tell the story of Las Vegas. Visitors can familiarize themselves with this collection during an hour guided tour.