Fremont Street is a promenade in downtown Las Vegas with a history of over one hundred years. It was here that the city of sin was born and its inhabitants grew. What is so fascinating about her past and no less interesting present of the street?

What is Freemont Street famous for? 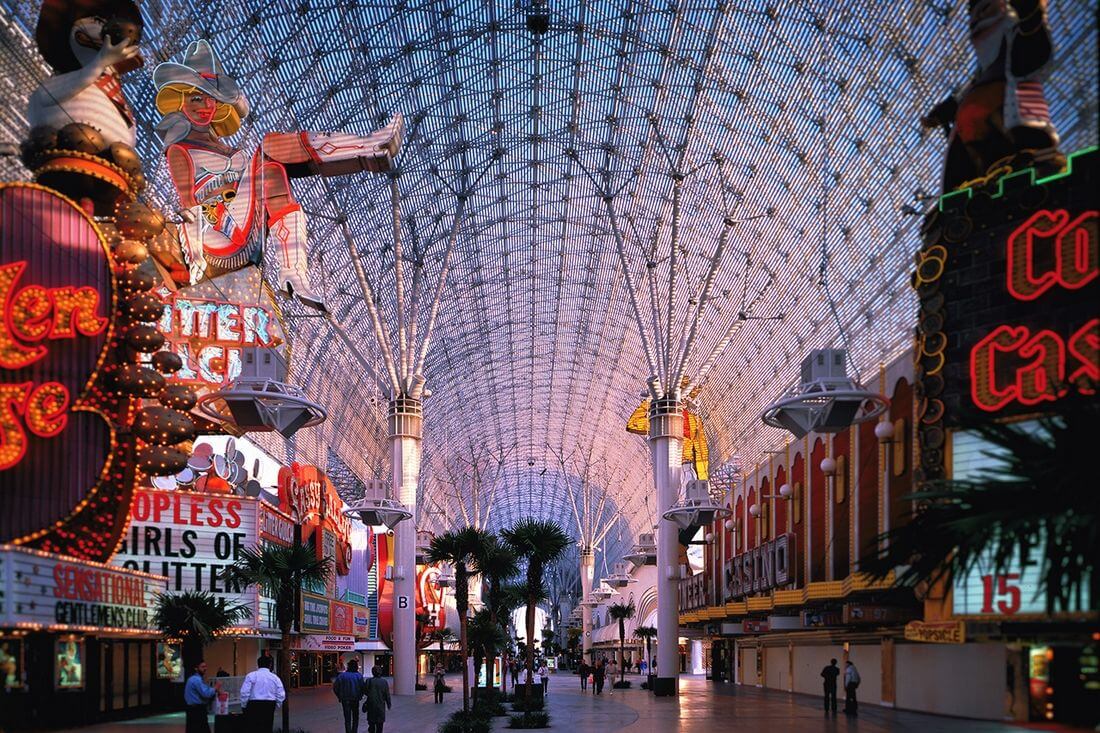 Before artificial volcanoes, fountains, and the tallest Ferris wheel appeared in the world, a district appeared in the center of Las Vegas that became the mecca of gambling in the United States - Fremont Street. This is the place where you play blackjack, you will find cheap drinks, street performers and the constant atmosphere of the party. There are ten casinos and hotels.

Unlike the longer and more glamorous south lane, Fremont Street can be walked on and shaded. A four-unit dome provides shade during the day, while a dazzling light and sound show illuminates the road at night.

While in new resorts the average daily cost of hotel rooms is $125, in hotels in the city center - $65 per day. Last year, the occupancy rate of hotels was 79%. Fremont Street was a kind of "main street" of Las Vegas, due to its proximity to the main transport hub - the first railway depot in the city, which now houses the Plaza Hotel.

You can visit Fremont Street in Las Vegas at any time of the day or night, although be careful not to lose vigilance after dark. Entrance to the area is free, although some of the attractions located under the Viva Vision canopy will be charged extra.

The density and variety of brightly lit signage up and down this Las Vegas strip made it the natural backdrop for movies. Here are just a few of the names of the pictures taken on Fremont Street: “Back to the Future”, “Darling, I have reduced a child” and “Diamonds Forever”.

Las Vegas was founded in 1905, and at that time Fremont Street was the heart of the city, with the first asphalt road and the first traffic light in the city. In those days, gambling was legal for many years, then outlawed in 1910. Since 1931 they were legalized forever.

According to the official website of the city, the population of Las Vegas in 1909 was only 800 people. And the city grew very quickly and attracted a large number of people at the expense of the casino. During the 1930s, the construction of the Hoover Dam brought thousands of workers to bars and casinos. Soon, streetlights and the expansion of power supply in old Las Vegas led to the appearance of Fremont Street with its dazzling signs and light shows.

Wanting to modernize the city center and attract more tourists, the city authorities made the street pedestrian and began the construction of a light and sound show.

Fremont Street Experience (FSE) - is a downtown Las Vegas shopping mall and landmark. The main feature is the screen on the ceiling at an altitude of about 27 meters and a length of 460 meters on which various shows are held. The most interesting thing is that in Las Vegas it never turns off the lights and bulbs of a casino, in Fremont Street Experience every show begins with turning off the lights.

Things to do in Fremont Street 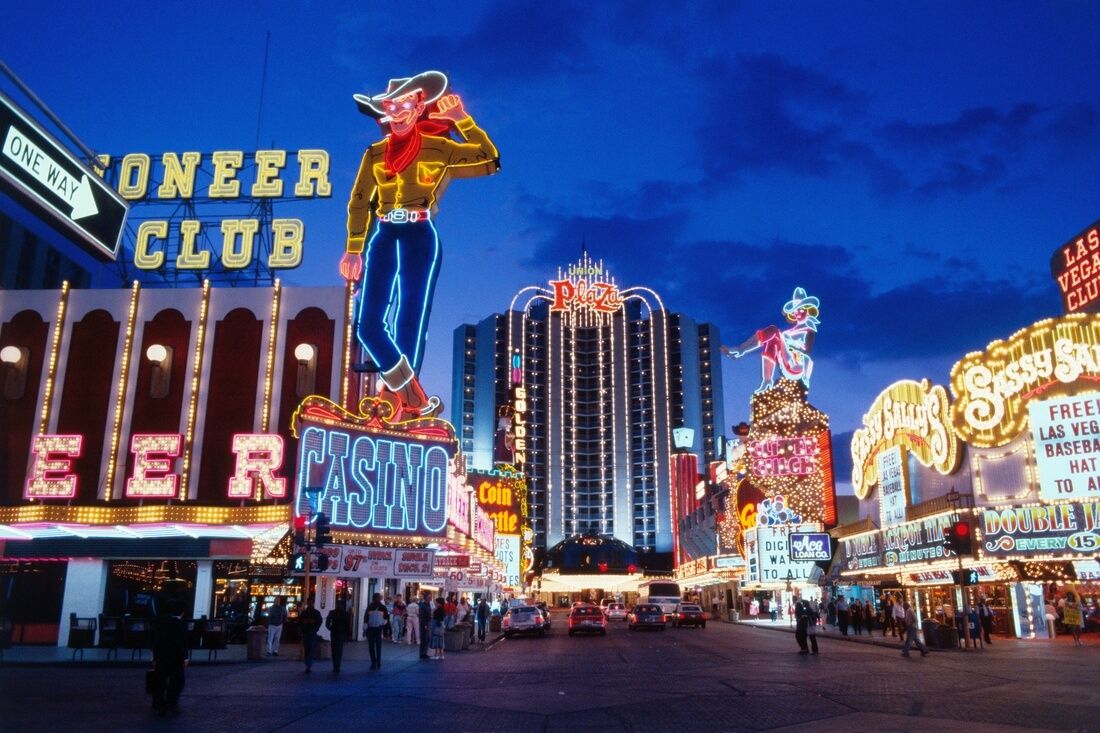 Head to Freemont Street city center for a tourist destination with neon tents, souvenir shops and the smell of beer. This is a historic Las Vegas site that has become much more lively and noisy in recent years. There is a lot of interesting things that you will want to see.

Fremont Street is waiting for you - book tours with the American Butler agency and we will spend it at a time convenient for you!
Send a request