Electric Daisy Carnival has come a long way from its modest birth in Southern California. From one scene in 1997 to eight scenes scattered throughout the speedway, the road to more than twenty years of EDC history has been filled with many ups and downs. 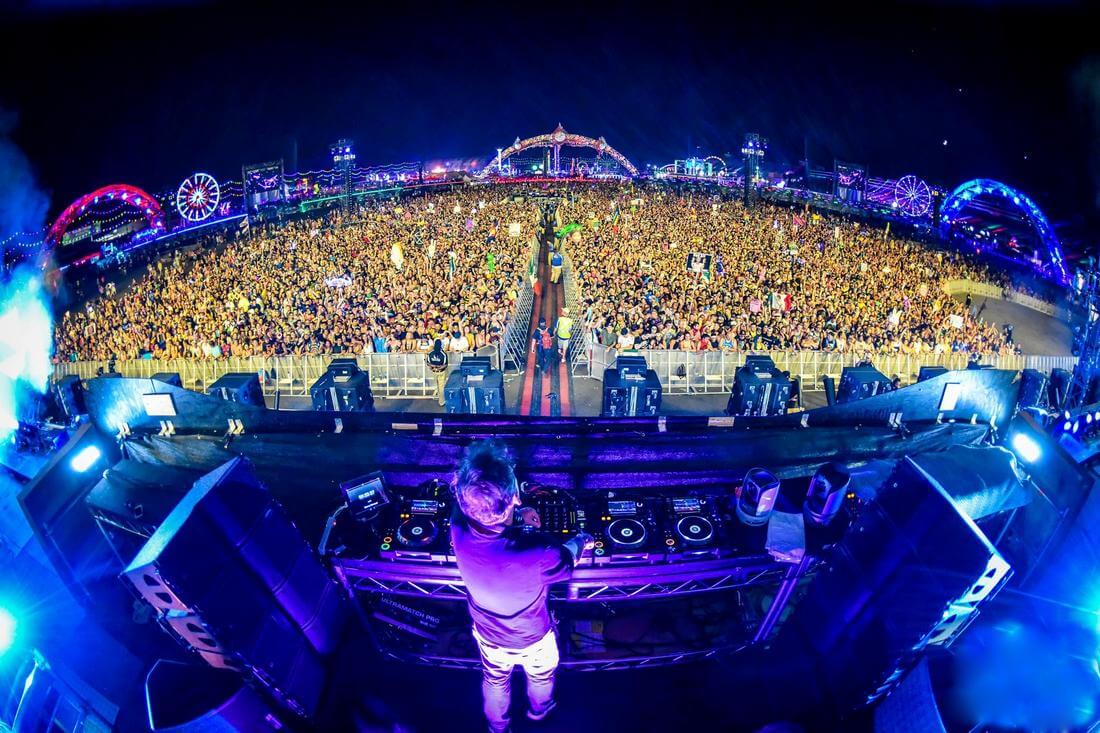 Creating an atmosphere of complete immersion has always been one of the top priorities for the organizers. Even the very first festival was distinguished by a rich decor with sophisticated lighting and a dance floor for 6000 visitors. Now the festival has not only expanded to eight scenes, each of which has a unique design, but also is completely transformed into a bright world of neon and flashing lights. For eight years, the EDC has been held in Las Vegas, and the cost of producing the festival is growing more and more.

EDC attracts enough people to fill a major city. Over 134,000 people go through the gates of the festival every night. This is more than 400,000 people in three days. How big is he? More than the population of Cleveland, which is nearby. Yes, and people here have more fun than in Cleveland.

Art installations throughout the Carnival Electric Daisy have become another attractive element. From fire-breathing snakes and towering gardens to graffiti and winding wooden structures - the level of art at the festival is unparalleled.

One of the new carnival features has been the post office, which has been offering fans custom postcards with EDC photographs over the years. Other novelties include a saloon with a bar, as well as a theater for demonstrating magical performances and a puppet show. 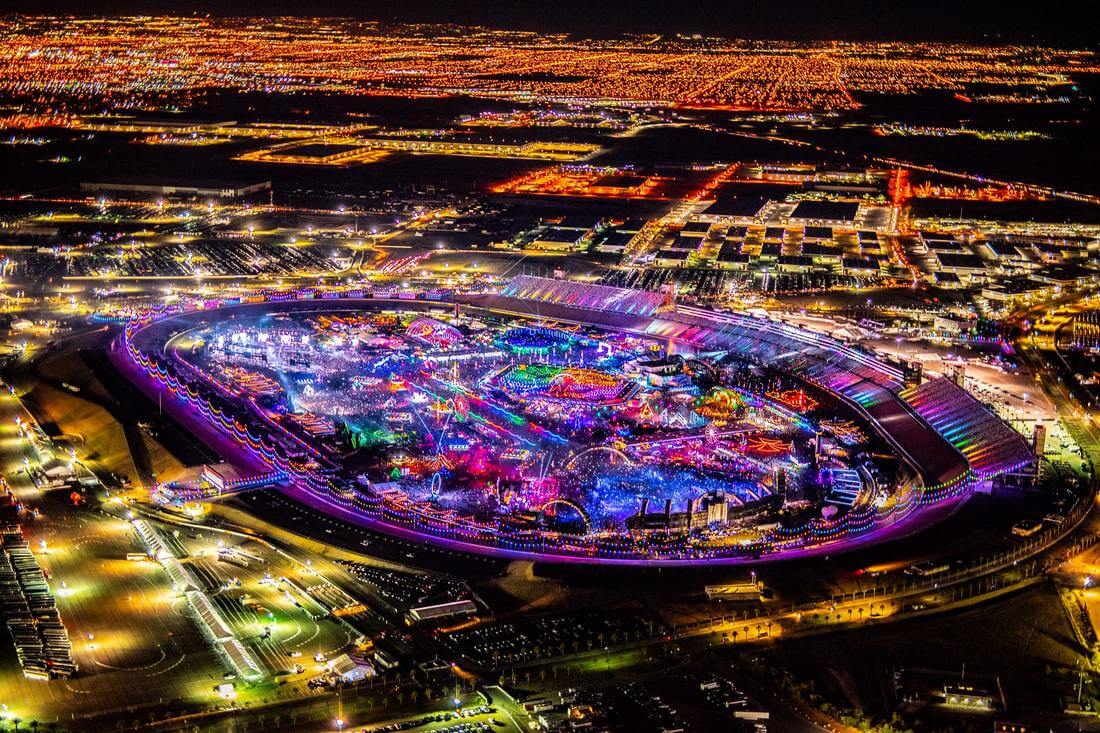 Electric Daisy Carnival was originally nothing more than a party in stock. The only way to find out when and where the raves will take place depended on handouts.

Arriving too early led some people to ask whether they came there. On the other hand, being late was not such a bad idea, given the frequency of dispersal of unauthorized raves.

In 1997, Insomniac co-founder Pasquale Rotella decided to reach a wider audience. Under Rotella's leadership, the EDC has evolved from a poorly equipped rave to a hefty festival.

EDC in its current form was first held at the Shrine Hall Expo in Los Angeles, where more than 5,000 ravers danced all night long. The festival changed venues over the next few years before returning to the City of Angels.

Previously, the event was held only one day, but soon increased to three. After moving to Sin City, the festival expanded and was also held in New York, Chicago, Puerto Rico, Brazil, the UK and Japan. 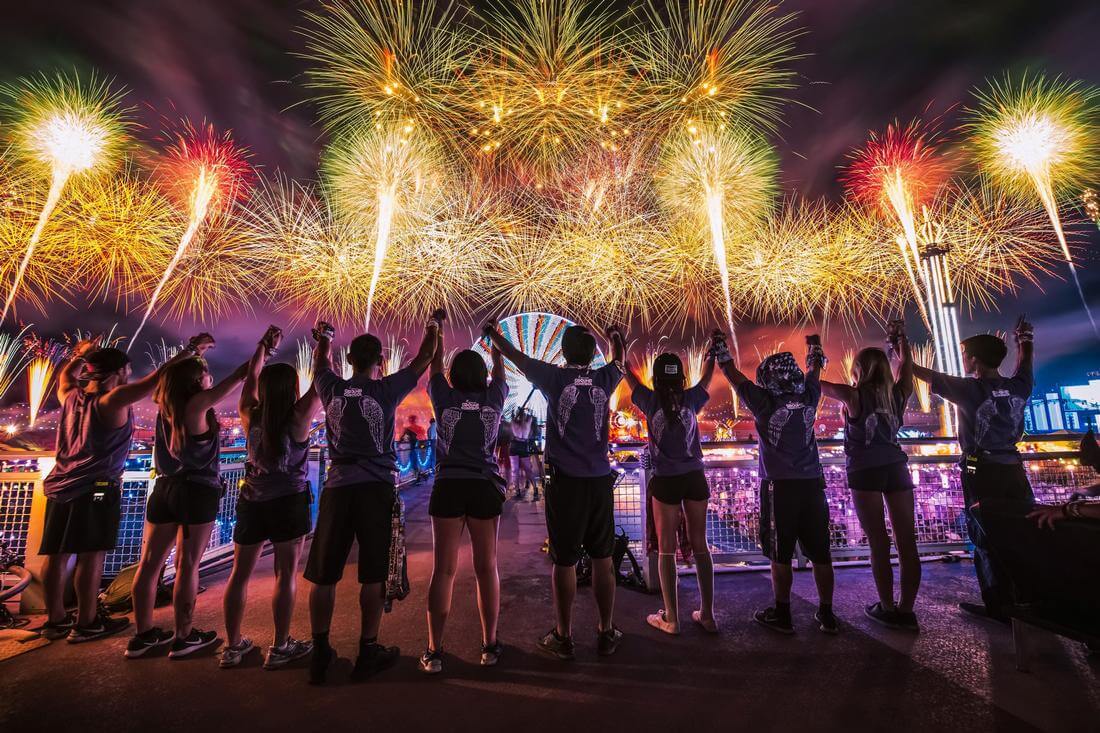 Experience electronic music — visit the Electric Daisy Carnival in Las Vegas with American Butler!
Send a request
Also read
10 traffic rules in the USA
You came to the US and wanted to rent a car, but you doubt the knowledge of the rules of the road in another country? It's okay, there is a way out. Read tips from American Butler! Читать еще
How does recycling work in USA
10 years in prison for dumping trash? Easily, if you threw the packaging from under the laundry detergent in the tank for food waste. More recently, Americans did not want to dig in the trash, but now… Читать еще
Ralph Lauren
Читать еще
French Restaurants in Miami
The French know no boundaries when it comes to expressing love. It can be seen not only in words, but also in cooking. While in Miami, take a look at one of the restaurants on this list: Palme d'Or at… Читать еще
Smoking in the USA
Smoking is the bad habit that infected the whole world from America. But modern Americans themselves are not particularly loyal to smoking. How it happened, let's try to figure it out. Читать еще
Atchafalaya Basin
The Atchafalaya Basin is the largest river swamp in the country, containing almost a million acres of bottom hardwood, marshes, flood and swampy lakes of America. The pool begins just outside Simmesport… Читать еще
Mount Charleston
The view of the snow-capped mountains seems a bit surreal when Las Vegas still feels the warmth of the desert sun. At 11,916 feet above sea level, Charleston Peak is covered in snow for more than six… Читать еще
Comic-Con International
Comic-Con is an exhibition that educates people about pop culture. The bet is on comics and related art forms. Organizers support public presentations and exhibitions on the historical contribution of… Читать еще
Electric Daisy Сarnival 5 1 0 0
Sharing: