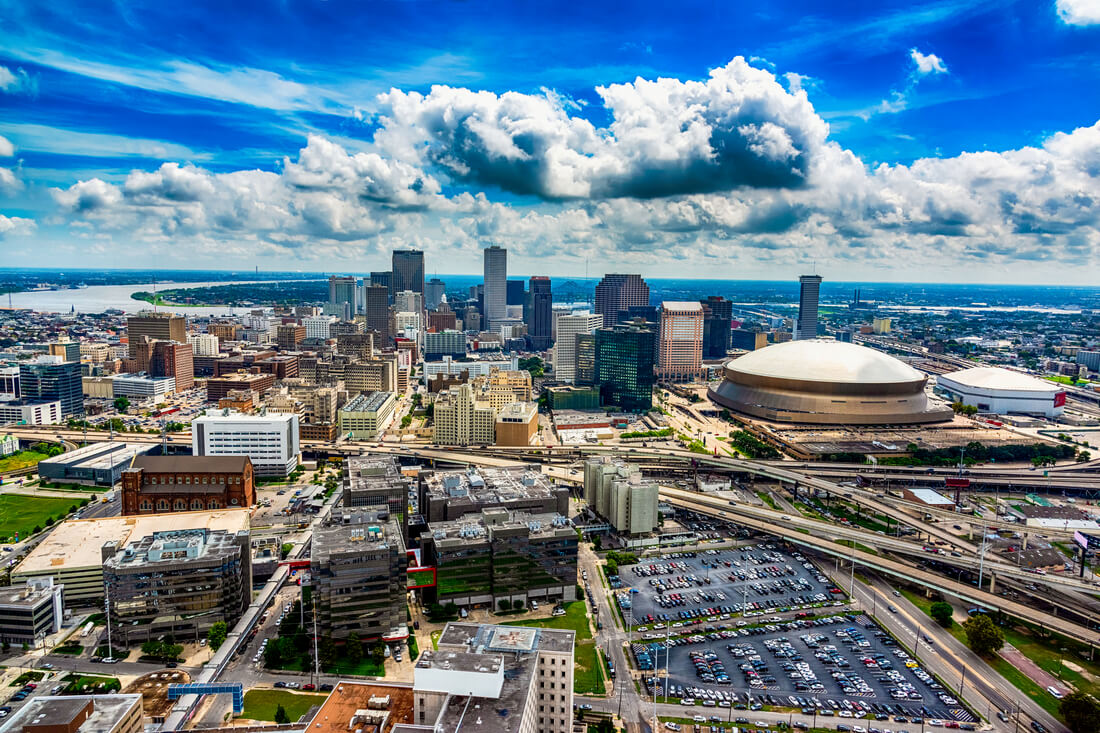 Amazing legends and facts, impressive architecture and an atmosphere of calm and serenity that have soaked into every square centimeter of New Orleans are waiting for you.

Are you used to traveling comfortably? Then book a tour with a personal guide in New Orleans. The guide knows all the nooks and crannies of the city, its history and is ready to choose a route that will leave you impressed.

We will offer you several options for the tour plan, which you can adjust depending on your tastes. You choose when to start and end the tour and enjoy the trip without annoying fellow travelers.

The guide will fully devote time only to you, thanks to which you will not be able to explore the city superficially, but to fully feel its spirit and atmosphere.

Well, are you ready? Then read the description of the sightseeing tour of New Orleans and contact us! 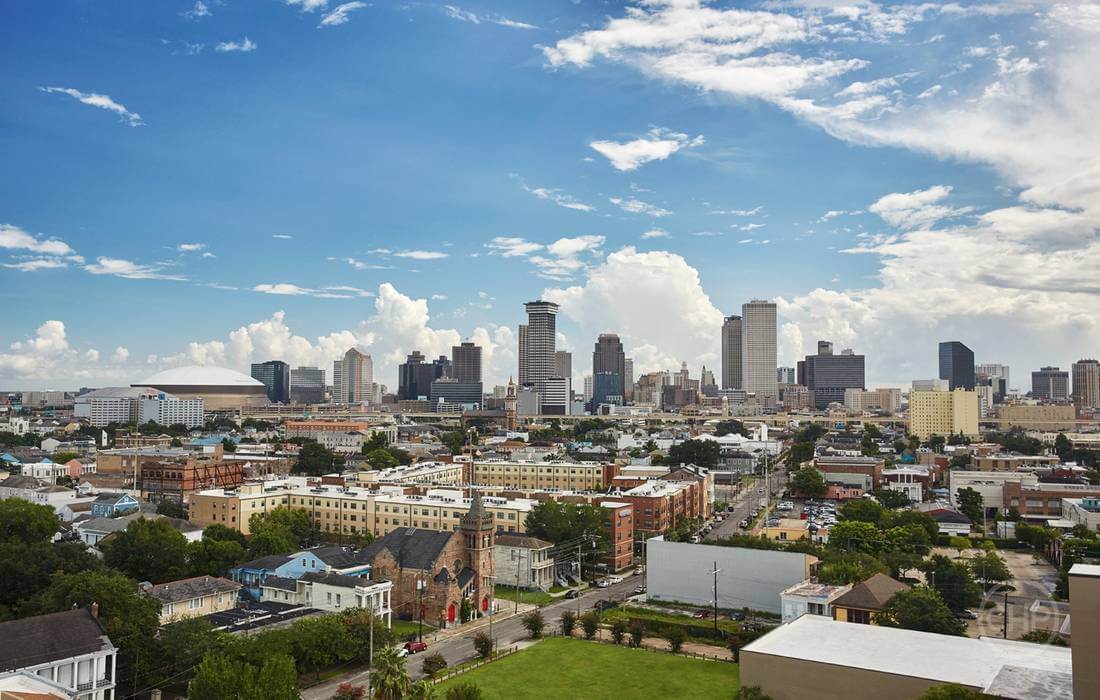 The New Orleans City Tour allows you to get off at any stop and spend as much time there as you want. The route passes through most of New Orleans' major historical and cultural attractions in the downtown area.

You are not limited by the time frame at a particular place, as with a regular tour. You can make your own schedule and see much more than you would on foot. The tour will be led by an experienced Russian speaking licensed guide. 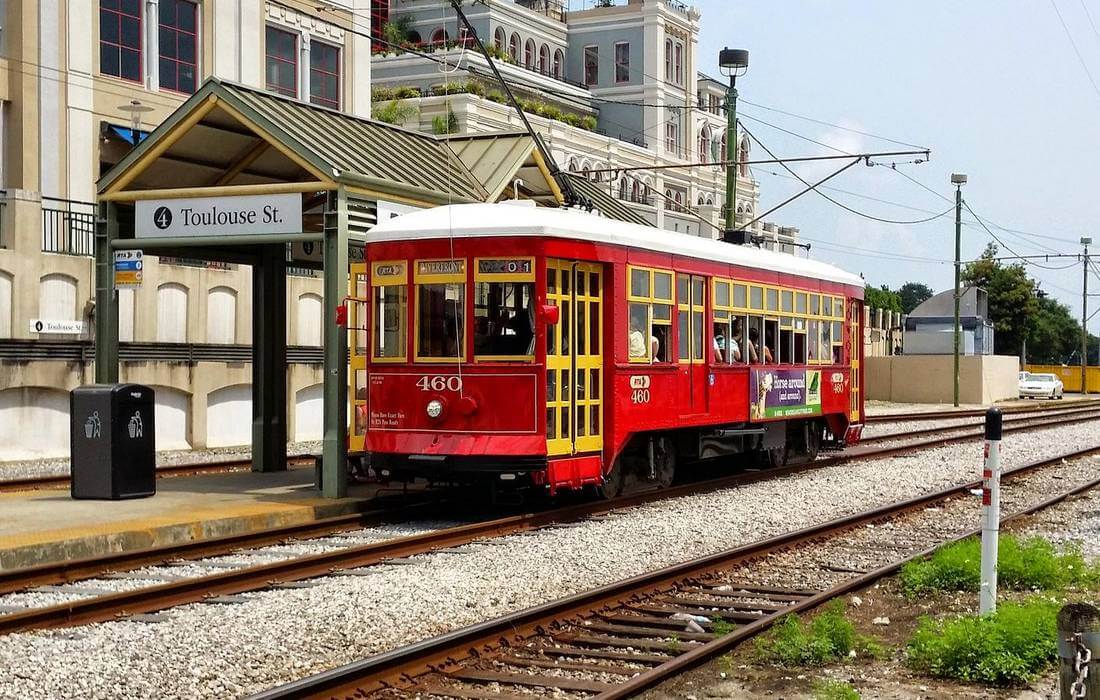 What is included in the tour

Our licensed guides will arrive at your hotel or meeting point. We will pick you up and give you a historic tour of New Orleans. During the trip, we will show you everything that a tourist needs to see. So, the sightseeing tour includes the following places.

Built in 1806 by Barthelemy Lafont as an open semi-urban system of interconnected parks with pools, fountains and canals, the Garden District was one of the earliest manifestations of the Greek Revival to appear in New Orleans.

The names of the nine muses of Greek mythology are still preserved on the streets, and many of the Greek Revival and mid-19th century Italianate houses remain in excellent condition. 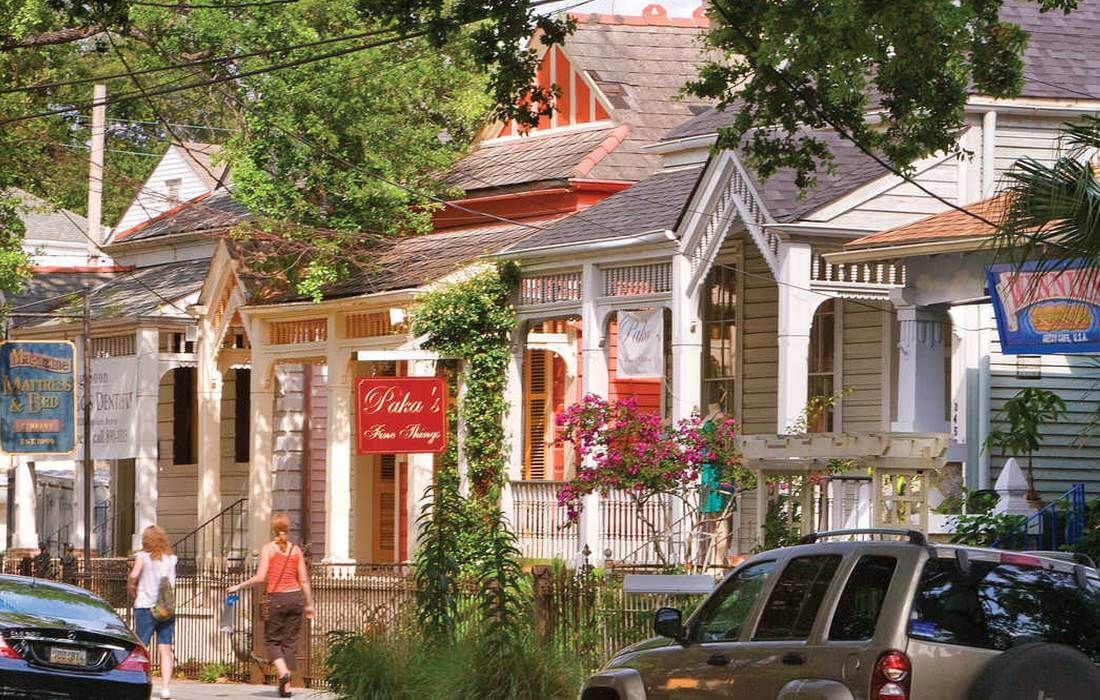 Why go? The place is also dotted with dozens of fantastic places to shop, eat and drink. Cool down with a glass of craft beer at The Bulldog or stop by The Tasting Room, a cozy wine bar. Food choices range from gourmet hot dogs to tapas.

It was founded in 1833 and was named for Lafayette, the city in which it was located and which would eventually be incorporated into New Orleans. Lafayette Cemetery is a municipal cemetery owned and operated by the city, not the church. It is the third oldest cemetery still standing in New Orleans.

As you walk down the central aisle, look to the fourth tomb on the right, where the Sersi family buried three children in two days. Yellow fever epidemics caused many such tragedies in 19th-century New Orleans, especially among settlers in the area who were not immune. Another curious tomb is dedicated to the orphans, and you will find it to the left of the center of the cemetery.

The bridge links urban New Orleans with small communities on the north shore of Lake Pontchartrain. The road is 38 kilometers (24 miles) long and is supported by 9,500 concrete slabs.

During the tour, the guide will tell you about the most famous sights, show you the best cafes and restaurants, and give you tips for exploring the area on your own.

Call by phone and arrange a tour with American Butler on a day convenient for you!

Book the most interesting excursions only in American Butler!
Оставить заявку
See also
Historic Neighborhoods of New York
Why go there at all? Because it is impossible to discover the value of the modern without knowing about the past. Especially in New York: every corner of the building here could play a huge role in the… Read more
Excursion to the Getty Center
Why should you visit here? The Paul Getty Museum aims to inspire curiosity and bring pleasure to the fine arts. It absorbs and preserves works of art of outstanding quality and historical significance.… Read more
Mount Rainier Tour
What you need to know before traveling We will meet you at the hotel where you are staying. The duration of the tour is from 8 to 11 hours depending on the season, weather and traffic. Since the excursion… Read more
Tour from Washington to Philadelphia
FAQ about excursion It's hard to decide on a tour if you don't know the details. Therefore, we will immediately answer the most basic questions about excursions to Philadelphia. Why one day? Because… Read more
10 traffic rules in the USA
You came to the US and wanted to rent a car, but you doubt the knowledge of the rules of the road in another country? It's okay, there is a way out. Read tips from American Butler! Читать еще
Dental treatment in the USA
Читать еще
American writers
Читать еще
Fast food in the USA
What do you know about fast food? Probably that they do not need to get involved. And rightly so, but in fact the question is much more interesting. Argue that we will break at least 3 stereotypes right… Читать еще
Sightseeing tour of New Orleans 5 1 0 0
Sharing: